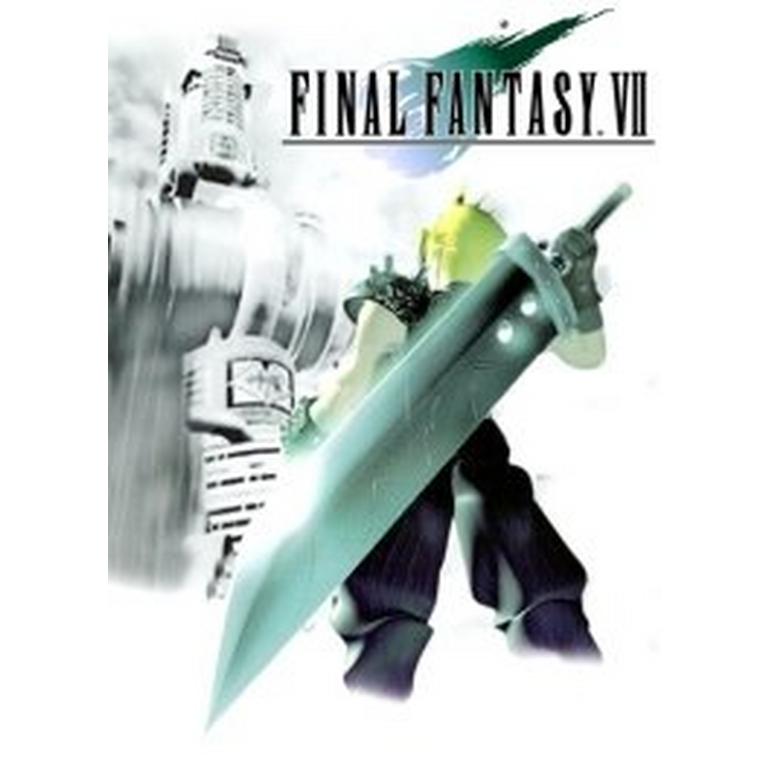 “Quite possibly the greatest game ever made” – Gamefan

Relive the epic story of Aeris, Cloud, and Sephiroth in this rerelease of one of the greatest RPGs ever.

Mako—the discovery of this natural resource drawn directly from the planet's life force marked the dawn of a new era, and now the energy sustains the lives of people across the world. However, the Shinra Company has monopolized mako production, and in doing so established a powerful hegemony--its influence reaching the far corners of the globe. Cloud, a former member of Shinra's military organization, SOLDIER, joins the anti-Shinra resistance group AVALANCHE, despite caring little for their motives. During one of the group's attempts to stop the company, they learn of the return of Sephiroth, Cloud's nemesis, and that with his reemergence, the planet is in greater danger than anyone had expected.

With the fate of the world riding on their success, Cloud and his allies set out to quell this deadly threat.

Final Fantasy VII is rated 4.6 out of 5 by 13.
Rated 5 out of 5 by Turtlez6288 from Awesome game all the way around I bought this game and I have missed playing it so much. I was glad I was able to find it again.
Rated 4 out of 5 by galevheaton from Remember I am retired and remember playing this game with my kids. The keyboard interface took some getting used to but the game is as I remember.
Rated 5 out of 5 by Ironfaith from Brest game ever made This is the greatest game I've ever played, even now 20 years later (almost exactly). I can still remember this epic game and how much I enjoyed the adventure.
Rated 5 out of 5 by sonicandres1 from Wow. From when I heard Cloud was in smash to this day I have been playing Final fantasy 7 on my phone and I love it. Hope to get the download version if this ever supports mac. Will buy the remake if I get a ps4. You can't go wrong with this great game!
Rated 5 out of 5 by RogerCassa from Astounding game in a nutshell Ever since this came came out for the ps1 it HAS amazing performacing. This game is the best rpg in a nutshell
Rated 4 out of 5 by Zahl from Revisit this Masterpiece If you have the time to get into a story then please make it a Final Fantasy game. These games have always been known for their beauty and revolutionary turn-based gameplay. Final Fantasy 7 brought in a huge array of what are now FFFans. Being the first HUGE hit in America, you should definitely go back and replay or experience this game for the first time. If you like strategy or other turn-based games I would highly recommend getting hooked on the Final Fantasy series. And this is a great place to start.
Rated 5 out of 5 by animefreak1999 from its amazing this game is so awesome. if you like role playing games you will love this. the graphics are amazing for a play station 1 game i'm just glad you can download it now. one of the best final fantasy games in the franchise
Rated 5 out of 5 by Lh84 from I LOVE THIS GAME! First game I played consistently, to this day I still love it. I used to buy it every odd year. *(not any more thanks to download). A "Casual Gamer" would enjoy if this is one of the few games you play.

Will this work with Windows 10?

Asked by: CBoian
I am playing FF7 on a windows10 computer through Steam and am able to use a controller with it also. I have had absolutely no problems.
Answered by: galevheaton 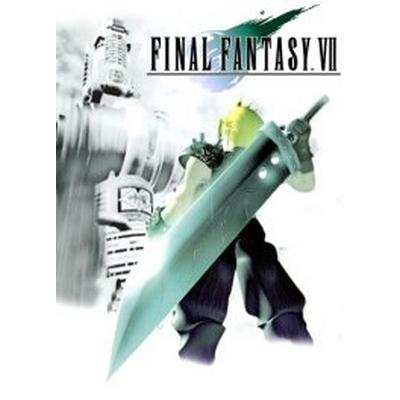