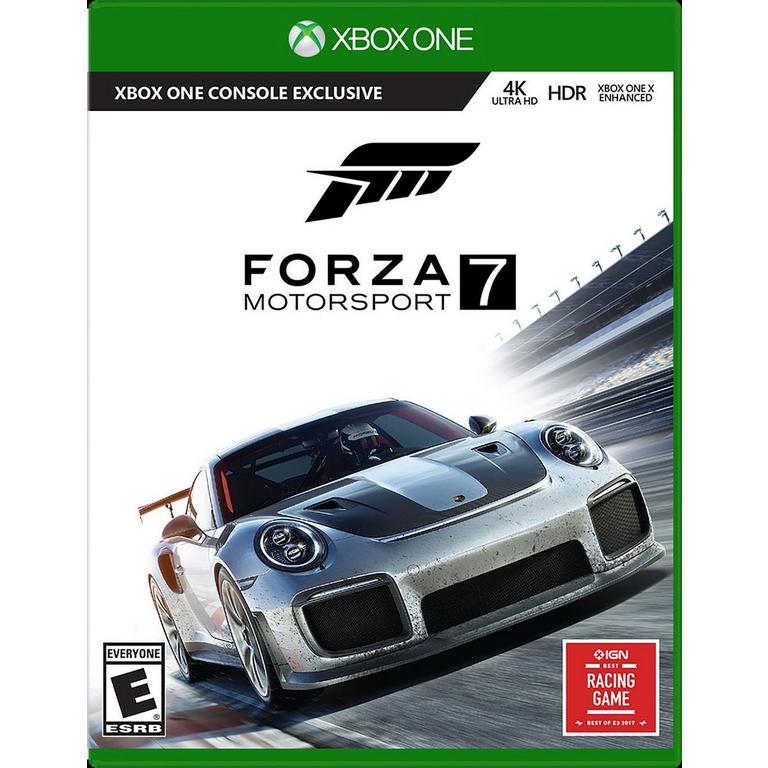 Experience the thrill of motorsport at the limit with the most comprehensive, beautiful and authentic racing game ever made. Enjoy gorgeous graphics at 60fps and true 4K resolution in HDR. Collect and race more than 700 cars. Challenge yourself across 30 famous destinations and 200 ribbons, where race conditions can change every lap and every race.

The ultimate automotive playset: Unrivaled car list featuring more than 700 ForzaVistaTM cars, including the largest collection of Ferraris, Lamborghinis and Porsches ever.

Tracks Come Alive: Master 30 racing environments with over 200 ribbons, Forza's largest track list ever. No two races are the same as race conditions change every time you return to the track.

Games play better on Xbox One X. Forza Motorsport 7 is enhanced to deliver the best in true 4K gaming.1

Take the lead online with friends with Xbox Live Gold

Gaming on Xbox One is better with Xbox Live Gold. Join the greatest community of gamers on the most advanced multiplayer network. Get 2-4 free games every month, and save up to 50-75% in the Xbox Store.6

Forza Motorsport 7 is rated 4.3 out of 5 by 391.
Rated 5 out of 5 by Swizzy37593929275372 from Outstanding Game is amazing. Been playing since Forza 2. Can't get enough. Bought this cause of the sale price. Glad they brought back the auction house.
Rated 1 out of 5 by Drew2232 from Poor support Technical support unable to answer questions asked in emails, steer clear unless you want an unplayabpe game.
Rated 3 out of 5 by Phantom06gto from Do not like the mods. Force to buy mods. The previous Forza you didn't have to do that
Rated 5 out of 5 by Sueborr from Great My son loves the game you get to pick your own cars and race
Rated 5 out of 5 by TonyPR_FL from Great racing game Not an open world like horizon but is an awesome game
Rated 5 out of 5 by JoeLow from Fun Great game...super fun...different assist levels allow you to get used to the controls before adjusting for more difficulty.
Rated 5 out of 5 by Austin Shawn from Best Forza to date!! There are almost no problems with this game everytime they release the newer version!!! If there happens to be any issues from the previous game, turn 10 definitely addresses them. Its always worth the buy!
Rated 5 out of 5 by OctaneReaper96 from FM7 Opinikns Fantastic racing game all around. Tons of cars to choose, drive, customize, upgrade. Lots of tracks and environments to adjust. My only complaint would be the AI drivers. They are not as intelligent as they use to be and appear to be much more stubborn than before. The graphics are also amazing on the XBOX One X.

Asked by: Tsmf
You can play split screen local I haven't done it yet saw the option whike playing 10 mon ago I have ultimate ed
Answered by: Venom 74

Hello! I want to get the digital download of forza 7 But I have a pc (windows 10) Is the download version only for Xbox or for pc as well?

Asked by: Aletilter
If you purchase the digital version, it is for both platforms. Just be sure that your PC can run this game. As it is pretty intense on the graphics.
Answered by: Callel

Is this an actual disc or a download off the internet ?

Asked by: docmaster
It&rsquo;s the actual disc
Answered by: Snake200

Asked by: jmc2018
Yes and no, only certain cars have actual body kits and stuff, most cars can do engine swaps but it is almost always generic (ie 1.6 rally motor, 3.7 v6, 6.2 v8, 5.9 racing v8). Rims and paint can be changed on all cars I believe, haven&rsquo;t had a chance with all of them yet. As far as tuning you can adjust suspension, tire pressures, transmission gearing, roll bars etc. once you buy the top spec part.
Answered by: Ammohound915

Is there a ps4 version of this game

Asked by: Unidentified
No exclusively on Xbox
Answered by: tray_smooth

Is this game just the regular one

Asked by: Tdog615
Yes, it&rsquo;s not the deluxe.
Answered by: Emperor 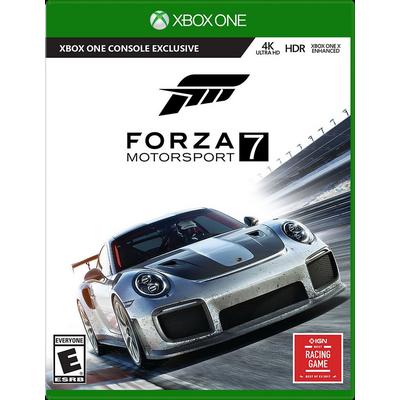