Help
Hail to the Chimp 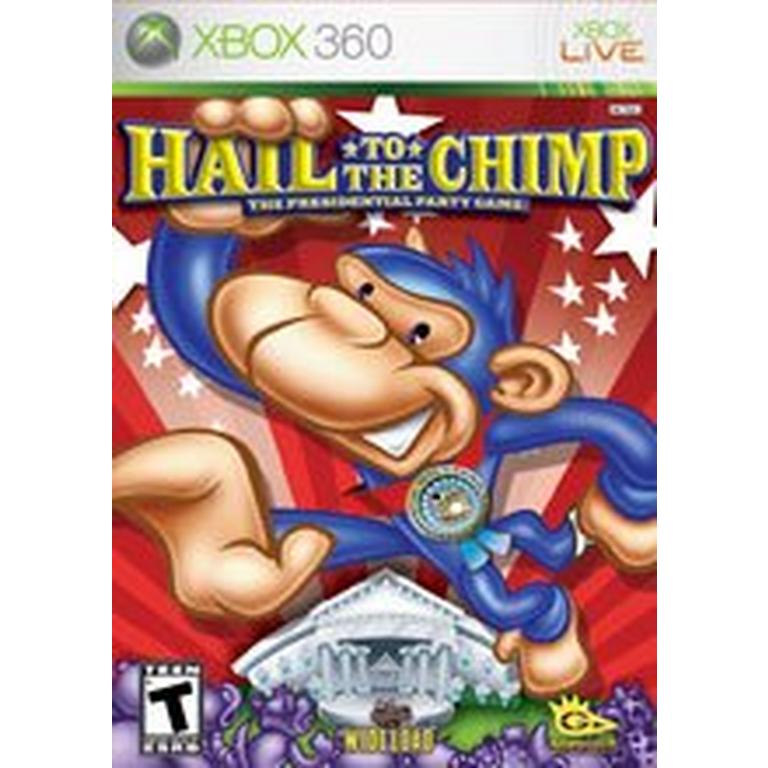 Hail to the Chimp

Hail to the Chimp is a fast-paced party game that delivers exciting gameplay, lush interactive environments, and a comic look at politics. It is a bare-knuckled fight to win the crown of President of the animals.
More Details Less Details

Below is a brief introduction to the candidates and what their goals are in this political campaign.

Name: Ptolemy Species: Hippo Hails from: Egypt Bio: Ptolemy lives in a world where the 1970's never stopped. With a unique style and charisma by the truckload, this happenin' Hippo wants to return Hippos (more directly, himself) to the top of the Animal Kingdom.

Name: Santo Species: Armadillo Hails from: New Mexico, US Bio: Born in the deserts of New Mexico, Santo was a painter before he joined the campaign. He thinks politicians and artists have a lot in common - prima donnas and shysters, the lot of them - and he's here to keep it real.

Name: Crackers Species: Monkey Hails from: Congo Bio: Crackers was the right-hand monkey to the King Lion before he was ousted from the throne. Rumor has it that Crackers' whole campaign is a ruse designed to restore his old boss to the throne, ensuring a cushy lifestyle for his favorite monkey.

Name: Toshiro Species: Octopus Hails from: Japan Bio: A samurai octopus, Toshiro's logic is simple – most of the world is water and therefore ocean-based animals are the dominant life form. A highly trained warrior and scholar, Toshiro's campaign is as elegant as it is ruthless.

Name: Bean Species: Sloth Hails from: Seattle, WA (by way of Bogota, Columbia) Bio: Bean is your atypical sloth -- super caffeinated, uber-motivated and ready to work the kingdom into shape. A coffee addict, she once lived in Bogota but found herself on a coffee shipment to Seattle where she is now an aerobics instructor.

Name: Moxie Species: Musk Ox Hails from: Liverpool, England Bio: Moxie is a self-educated Musk Ox who is sick of the patriarchal nature of politics. Why can't there be a Queendom? Her personal charisma, self-motivation and erudition make her a formidable candidate.

Name: Hedwig Species: Polar Bear Hails from: Uppsala, Sweden Bio: A singing superstar in the disco world, Hedwig is used to the public eye. She's convinced that the animal kingdom would best be served by someone with a celebrity's understanding of looking good, manipulating the press, and product endorsement.

Name: Murgatroyd Species: Jellyfish Hails from: Unknown Bio: Not much is known about Murgatroyd as her garbled pronouncements are completely indecipherable. This is a solid campaign strategy, as many animals assume her views are similar to their own. Mysterious, perplexing and lovable, Murgatroyd could be the underdog of this race.

Name: Daisy Species: Platypus Hails from: Sydney, Australia Bio: An incredibly popular children's TV show host, Daisy is the most adorable platypus ever born. With her cute looks and a tomboyish personality, she is loved by young animals of every species the world over. Capturing the presidency is the only way she can possibly get any bigger.

Name: Floyd Species: Walrus Hails from: Manhattan Bio: Floyd moved to NY to become a dock foreman. But after a blow to the head, he began having some funny ideas about the world. He now sees himself as a guru and soothsayer meant to lead the animal kingdom. After all, he's got a direct line to the cosmic plane.

Hail to the Chimp is rated 5.0 out of 5 by 4.
Rated 5 out of 5 by Fourarms22 from THIS GAME IS AWSOME! HAIL TO THE CHIMP great, the best thing about it is that it only costs $3.99 i had it for 10 months and its still fun.
Rated 5 out of 5 by hossjuice from Awesome!! Buy this NOW!!! I have never had this much fun playing a game before. Forget about Call of Duty, Halo, and all the other stuff out there, because Hail to the Chimp is by far the best game Ive ever played. And I was sober! (mostly). Awesome graphics, KILLER soundtrack, and amazing controls are what makes this game a gem...BUY IT NOW!!
Rated 5 out of 5 by FaTh3rTiM3 from Better Than You Think... I'm a huge multi-player fan... I read the previous reviews and I have to agree with Anonymous on some levels but my rating on this stems from wanting to play more than the norm... If you like games like Mario Party & Fuzion Frenzy than you'll love this game... I only had it to pass the time originally I only downloaded the trial from xbox live and it turned out to be really compelling, compelling enough for me to buy it. The audio in this game is hilarious, their little quips in-between make for a fun pass time... The characters on this game while simply animals fight for your attention & go on to simply entertain... This game is great for time & is almost certain to provide you, your friends & your family an incredible time... 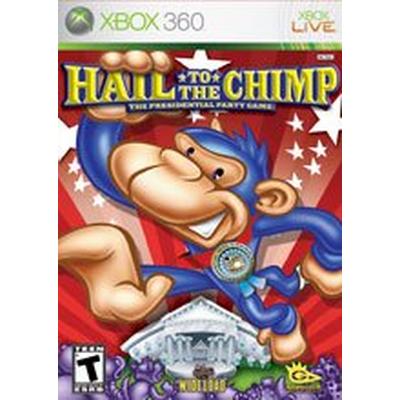 Hail to the Chimp