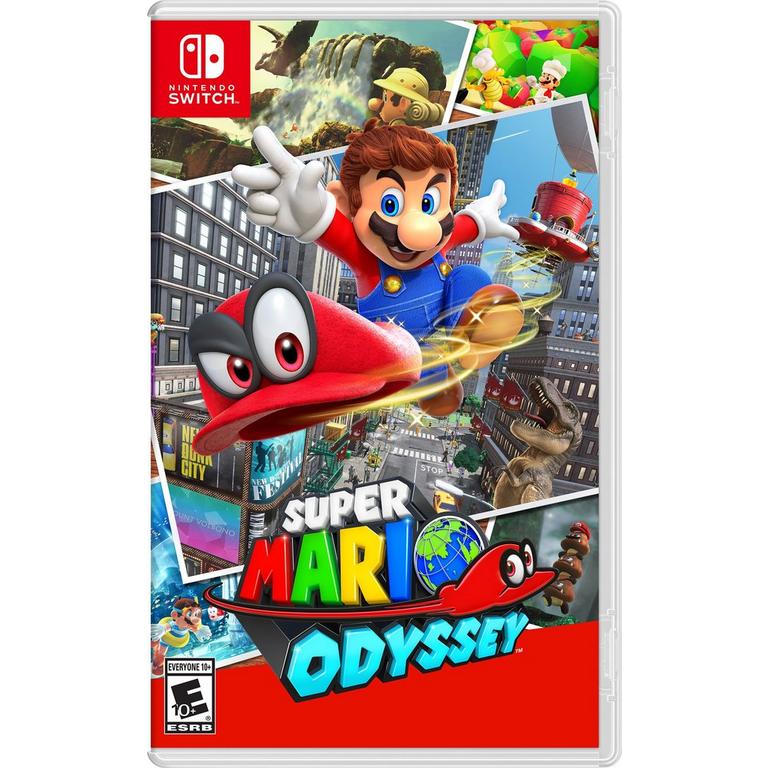 Embark on a cap-tivating, globe-trotting adventure!

Explore incredible places far from the Mushroom Kingdom as you join Mario and his new ally Cappy on a massive, globe-trotting 3D adventure. Use amazing new abilities—like the power to capture and control objects, animals, and enemies—to collect Power Moons so you can power up the Odyssey airship and save Princess Peach from Bowser's wedding plans!

An adventure so big, no one kingdom can hold it

Explore astonishing new locales like skyscraper-packed New Donk City to your heart's content, and run into familiar friends and foes as you try to save Princess Peach from Bowser's dastardly wedding plans.

Thanks to heroic, hat-shaped Cappy, Mario's got new moves that'll make you rethink his traditional run-and-jump gameplay—like cap jump, cap throw, and capture. Use captured cohorts such as enemies, objects, and animals to progress through the game and uncover loads of hidden collectibles.

Crazy Cap is THE must-shop stop for savvy travelers

Be sure to bring any coins you find to a Crazy Cap store, where you can exchange them for decorative souvenirs for the Odyssey and new outfits for Mario! Some destinations have very exclusive dress codes, after all… 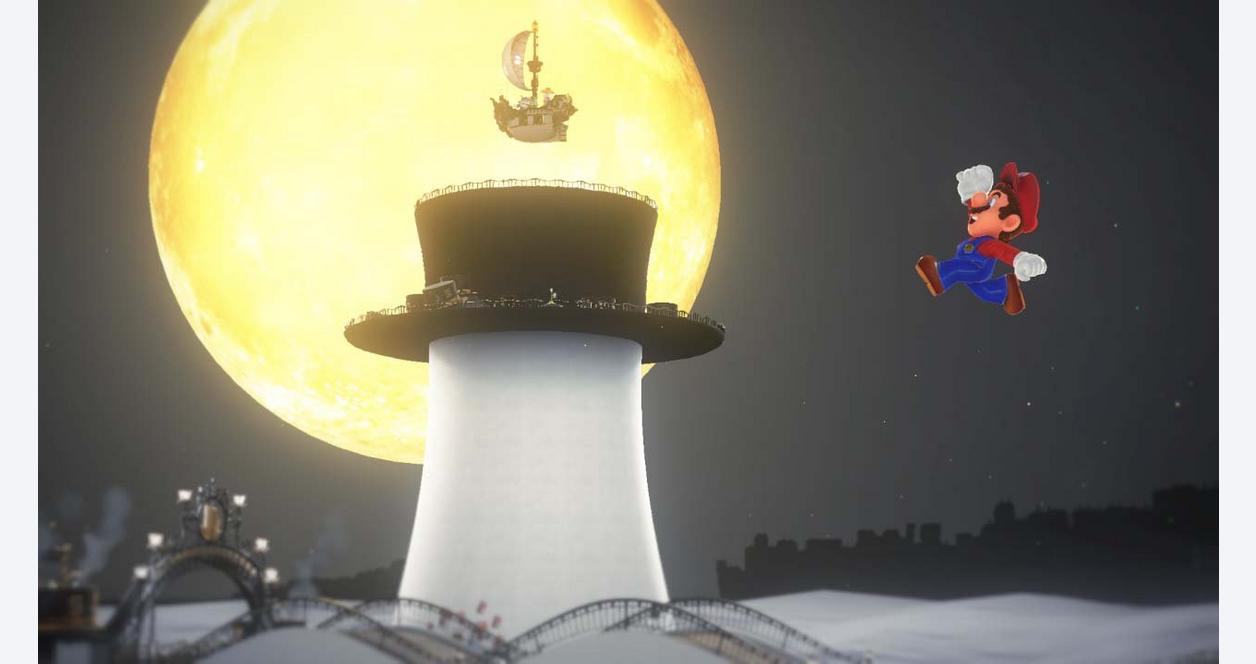 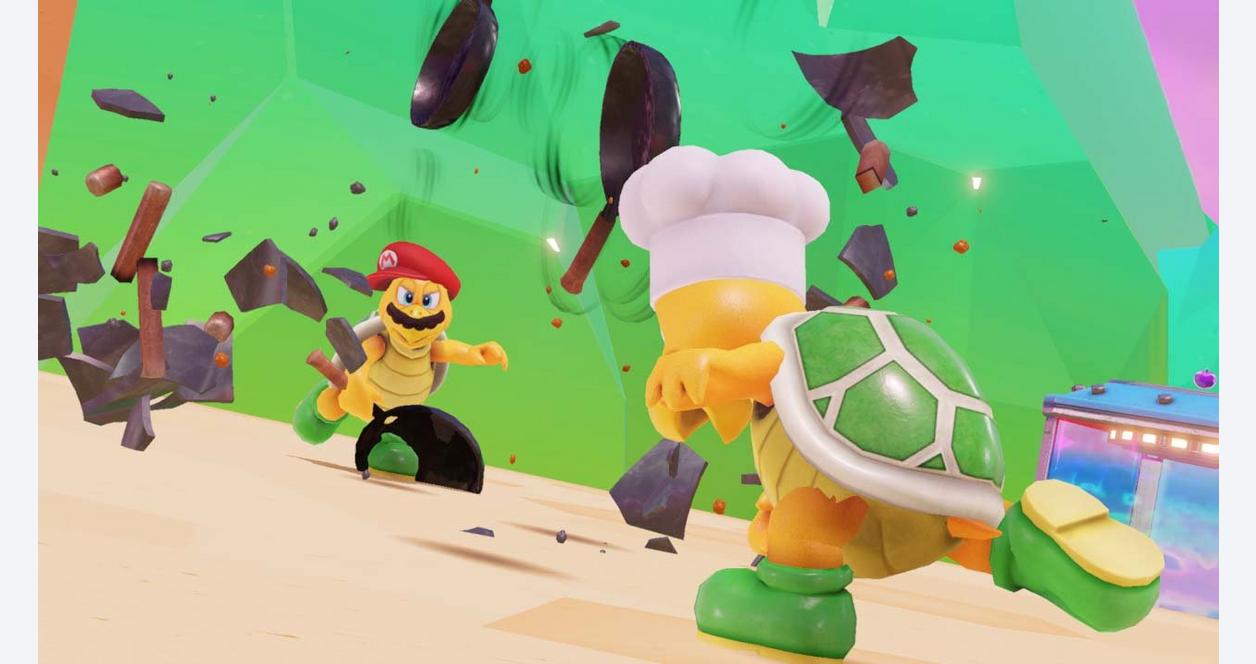 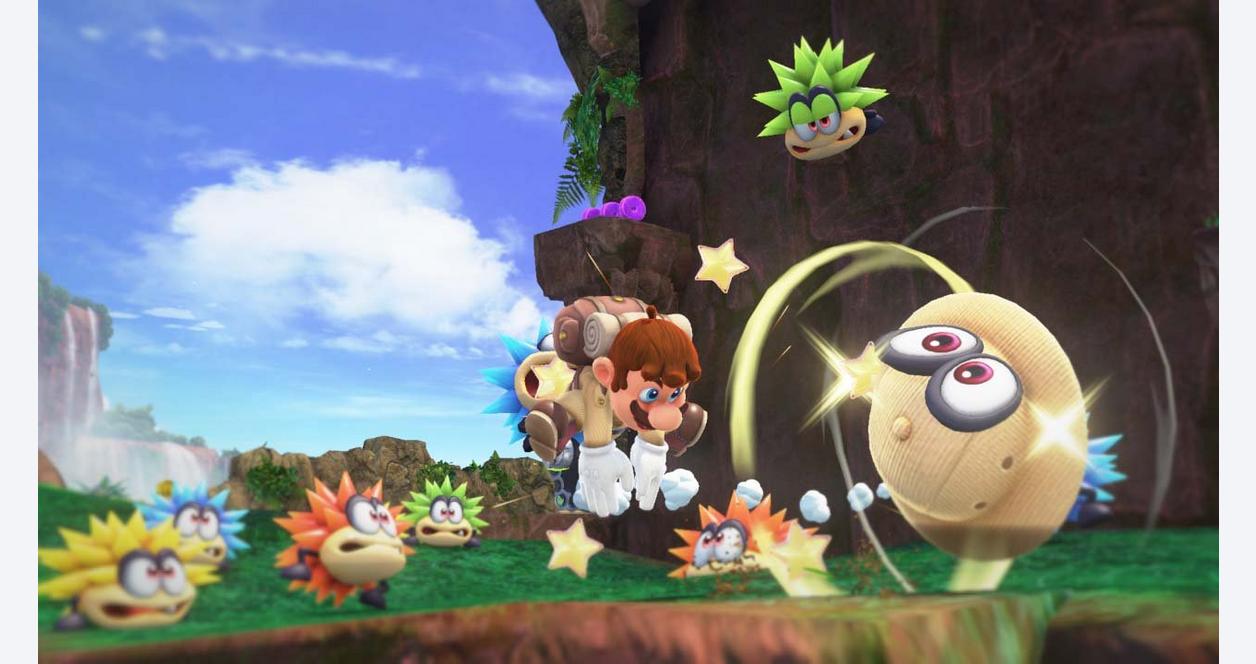 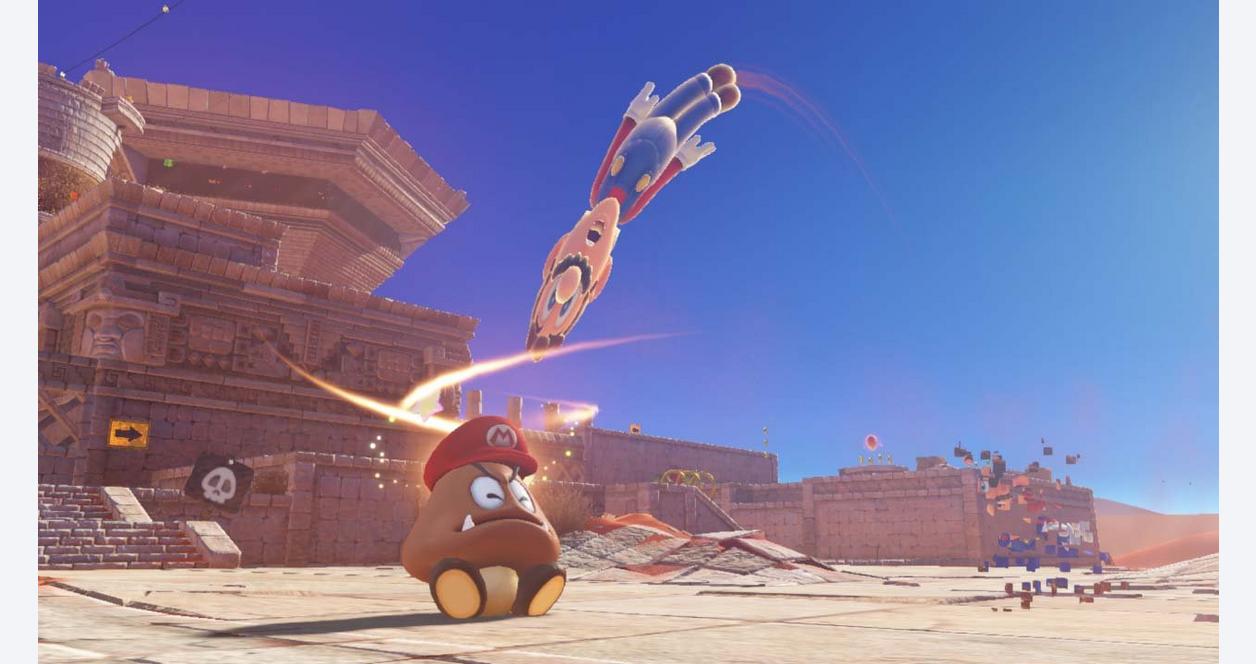 Super Mario Odyssey is rated 4.7 out of 5 by 3262.
Rated 5 out of 5 by Btuh from Mario Oddesy Really fun I couldn't stop playing for a whole week. Each moon felt great and balloon world was amazing. When the story wanted me to move on I didn't want to leave the kingdoms because they were so fun. It was a great game.
Rated 5 out of 5 by Matti S from Amazing and fun game! This is the best Mario game I've ever played. It's incredible and so imaginative! Lots of fun levels and very diverse play. Lots of positive reinforcement. Fun time!
Rated 5 out of 5 by Codashley from One of the best 3D platformers ever. I loved Mario 64 when I was younger, and odyssey is like the perfect, love letter to that game, while still being modern, beautifully polished, and constantly surprising me with fun mechanics.
Rated 5 out of 5 by MJsMom from Fun for everyone! Bought this for my 9 yr old. He absolutely loves it. It is a fun story with creative game play. It is the right mix of exciting play and challenging tasks to keep him asking for more game time. He had me play and i couldn't put it down! 10/10 would buy again.
Rated 5 out of 5 by keman70 from Super Mario Odyssey My son absolutely loves this game. He likes that there are multiple costumes to earn while playing the game and is always excited when he turns on his switch.
Rated 4 out of 5 by Roseanna l from Old school I do like this game alot its fun if haven't tried it do trie it
Rated 2 out of 5 by NikeFly from Ehhh... miss the stars There is no story line and no real direction as to how to play the game
Rated 5 out of 5 by A guy and his wife from Great for beginners! This game is especially fun to introduce people to open world gaming. My wife was not a gamer and now she loves MARIO!

What is the age group for super Mario odyssey game.

Asked by: Sara m
The ESRB does not reflect the REAL rating, no gore, no inappropriate ***ual content, and ease of controls...rating ages 8+
Answered by: jhewitt3476

Is the game for 2 people or only single player

Asked by: Dragon1976
The game can be played in both local two player and single player. &nbsp;When the game is played in two player mode, one player controls &quot;Cappy&quot; and the other plays as Mario.
Answered by: namely

Do you have games for Nintendo for kids of 6 years old?

Asked by: Cutie27
Lottery any Nintendo IP ever
Answered by: OtherPerson124

Would you be able to deliver games to a U.S. Military base in Afghanistan?

Asked by: 54954
Maybe I&rsquo;m wrong, but I don&rsquo;t think that they would, especially because they don&rsquo;t ship to country&rsquo;s like Japan. I would call customer services
Answered by: SheyGamer554355

Is this a multiplayer game?

Asked by: Mariah33
there is a 2 player co-op mode, but it's primarily a single player experience.
Answered by: dchid

Asked by: Bp2017
Hello Bp2017 - Unfortunately no, the Cappy Collectible Coin was a retailer specific offer that is not available through GameStop.
Answered by: GameStop Content Group

Can i play this game in my nintendo 3ds?

Asked by: Marguzmaria
Thank you for your question Marguzmaria, No, Super Mario Odyssey is only compatible with the Nintendo Switch.
Answered by: GameStopTeam

Can this be played on the switch lite