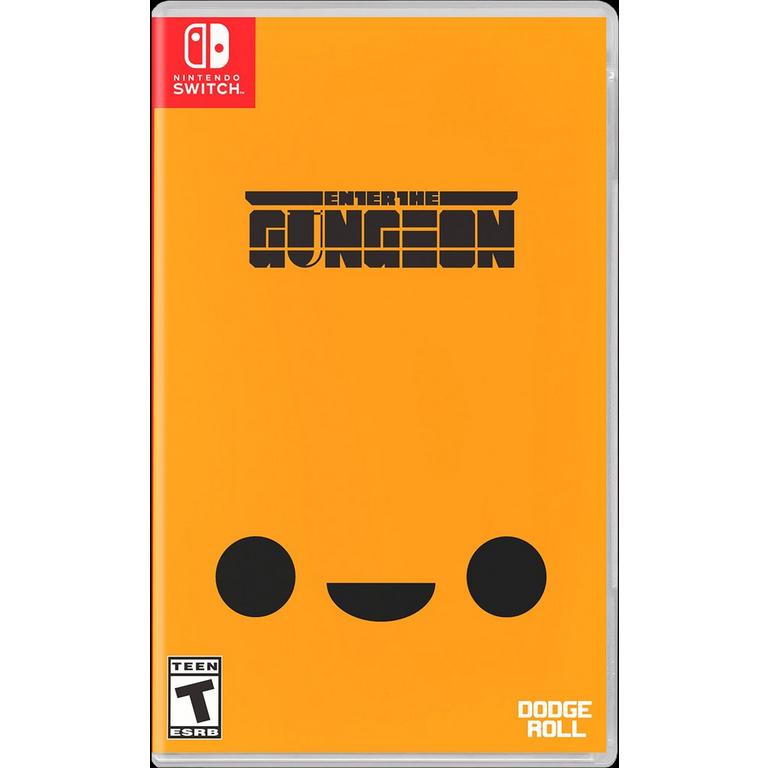 Arriving at retail for the first time, the critically acclaimed roguelike shooter is here, exclusively for the Nintendo Switch. This physical edition of Enter the Gungeon includes ALL DLC, AN EXCLUSIVE "SHOTGUN KIN" PLAYABLE SKIN, EXCLUSIVE STICKERS, AN EXCLUSIVE BULLET KIN PAPERCRAFT, REVERSIBLE JACKET ARTWORK & A DOWNLOAD CODE FOR THE ORIGINAL SOUNDTRACK. Enter the Gungeon is a bullet hell dungeon crawler following a band of misfits seeking to shoot, loot, dodge roll and table-flip their way to personal absolution by reaching the legendary Gungeon's ultimate treasure: the gun that can kill the past. Select a hero, or team up in co-op, and battle your way to the bottom of the Gungeon by surviving a challenging and evolving series of floors filled with the dangerously adorable Gundead and fearsome Gungeon bosses armed to the teeth. Gather precious loot, discover hidden secrets, and chat with opportunistic merchants and shopkeepers to purchase powerful items to gain an edge.

The Gungeon
Enter the Gungeon – a constantly evolving bullet hell fortress that elegantly blends meticulously hand-designed rooms within a procedurally-generated labyrinth bent on destroying all that enter its walls. But beware – the Gungeon responds to even the most modest victory against its sentries and traps by raising the stakes and the challenges found within!

The Cult of the Gundead
The Gungeon isn’t just traps and chasms – calm your nerves and steady your aim as you face down the gun-totting Cult of the Gundead. These disciples of the gun will stop at nothing to put down the heroes in their tracks and employ any tactics necessary to defend their temple.

The Gungeoneers
Choose between one of several unlikely heroes, each burdened by a deep regret and in search of a way to change their past, no matter the cost. Filled with equal parts courage and desperation, these adventurers won’t hesitate to dive across flaming walls, roll through a wall of bullets, or take cover behind whatever is around to make it to their goal alive!

The Guns
Discover and unlock scores of uniquely fantastic guns to annihilate all that oppose you in the Gungeon – each carrying their own unique tactics and ammunition. Unleash everything from the tried and true medley of missiles, lasers, and cannonballs to the bizarrely effective volley of rainbows, fish, foam darts, and bees! Yep, bees.

Enter the Gungeon is rated 4.6 out of 5 by 56.
Rated 3 out of 5 by MeganB from Fun at first Kinda fun but gets boring and frustrating real quick.
Rated 3 out of 5 by Diggit from Fun game but hard It’s a fun little game but be warn it hard until you put some time into it. Won’t be for everyone.
Rated 5 out of 5 by brandon1997 from Great game Great game its challenging and the graphics are unique.
Rated 5 out of 5 by Gracie D from Great! Very polite I really like going in and being greeted like an old friend!
Rated 5 out of 5 by Shinue from Very well done This is a great little game that lots can have fun with
Rated 5 out of 5 by ClassicClay from Enter the GUNGEON This is a very fun game a nice twist on dungeon games
Rated 4 out of 5 by SomeRandomInternetPerson from A Great Game Gone Mobile I saw a bunch of people playing it on Twitch, and I thought I should give it a shot. I got it on Steam, booted it up, and from the second I opened the game, I enjoyed every second. If you are looking for a game that provides a challenge that you can realistically overcome whilst still oozing with charm, this is definitely the game you want. I decided to get this game on the Switch so I can play it wherever it want. For the most part, it performs as it needs to. The only reason it is not 5 stars is because of the long load times and the occasional frame drop/lag. On PC, it is a clear 5 stars, recommend to anyone. But the Switch version is only slightly lower due to the game's performance. Still strongly recommend though.
Rated 5 out of 5 by Axlezip from Must have retro on the go Never gets old, random stages, random set up, never the same except bosses, retro is back, almost like rebirth of issac but harder

Hi so I'm just a little confused. Is this game an Xbox One game or a Switch game? Because the cover art says its a Switch game, but below the title of the game, it says Xbox One...

Asked by: ada_bry
Thank you for the question, This is a Nintendo Switch product. We had an error in our system that we are working to correct thank you for helping us keep our site accurate. We apologize for any issues this may have caused.
Answered by: GameStopTeam

Asked by: ECRAM
Make sure the description matches the game you want , if not you will have to contact Gamestop themselves.
Answered by: HaiOffPlastics 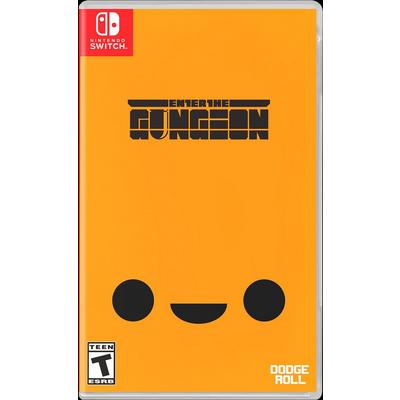