Blood
Language
Suggestive Themes
Use of Alcohol and Tobacco
Violence
The Legend of Heroes Trails of Cold Steel II Collectors Edition is rated 4.7 out of 5 by 23.
Please Choose An Option

Blood
Language
Suggestive Themes
Use of Alcohol and Tobacco
Violence
The Legend of Heroes Trails of Cold Steel II Collectors Edition is rated 4.7 out of 5 by 23.
Please Choose An Option

Tradeable
Buy Now
Trails of Cold Steel II picks up one month after the decisive collision which changed the fate of the entire nation of Erebonia. Receiving the same HD remaster treatment as the first Trails of Cold Steel on PlayStation®4, players can continue Rean's journey as he tirelessly works to right the wrongs that have led the country to disarray in 4K/60 fps support, Turbo Mode to streamline gameplay, and Japanese dual-audio option along with approximately 50% added lines of English voice-overs.

Featuring 4K/60 FPS support, Turbo Mode to explore the map at 2x speed and the battle at 4x speed, Japanese dual-audio option, 50% added English voice-overs, and all DLC unlocked from the start, there's enough new content for even returning series veterans to enjoy.

A Sequel that Remembers the Past

Clear data from any version of the first game carries over (PS4, PS3, PS Vita), granting bonus stats and extra items, while also remembering the many relationships cultivated during earlier times spent at Thors Military Academy to allow for more personalized conversations throughout the story. Players can even pick up play from their PS3/PS Vita save data.

The Link System Returns with a new Overdrive Mode

Bonding with allies continues to pay off with the Combat Link System, netting a variety of combat benefits including healing, guarding, and more, while the new Overdrive mode allows linked characters to attack up to three turns in a row for new strategic battle options.

Recruit Allies from Across the Map to Prepare for War

Collector's Edition Content may not be included with pre-owned

The Legend of Heroes Trails of Cold Steel II Collectors Edition is rated 4.7 out of 5 by 23.
Rated 4 out of 5 by jaykh59 from 4.5/5 JRPG fans DON'T want to miss this series. Pros: - Amazing story and interesting world/lore - Fun and fresh take on turn based combat - Great voice acting in both ENG and JAP dub - Pretty good music - Great character depth and progression - Turbo Button to speed up level grinding Cons: - Framerate dips low in some areas - First game completion HIGHLY suggested to understand plot
Rated 4 out of 5 by Spawnkiller97 from True japanese rpgs that reward for patience Ive been playing the erebonia arc of the legend of heroes games since febuary 2016, i initially bought trails hot-off-the-heals from finishing persona 4 golden and wanting a great rpg similar to it to play, it was the special edition that caught my eye so i grabbed trails of cold steel 1, (just bought the ps4 special edition as well as the 2nd) what i can say about both games besides there being a 3 and 4 we wont get for a while, is that the game rewards you for your patience. The reason it doesnt get 5 stars is because i have had many people tell me they dropped this game after only about 10 hours in. This game has such a strong focus on character introductions, world building and understanding, and overall story that this game cannot be beaten in less than 60 hours. Theres just so much this game was trying to show the player reguarding what your place is in erabonia, why your in class 7, what ecenomical status and what kind of place/people you will be seeing in each land you visit, what wars and current events are currently in the works, who are you going to date and spend time to get to know when you arent fighting or doing missions, its a MASSIVE rpg that the vita, ps3, and now ps4/pc have. If you have the patience for learning story and slowly watching each member come out of their shell as they bond with everyone else, this is a game rewarding for a hardcore rpg fan. Gameplay wise its a grid strategy rpg type of system simmilar to persona but more strategic in the sence you can order your teammates around a grid for strategic advantage wether it be protecting your healer from close range attacks or having your tanks up close to deal damage. I could go on about the arcs, specials, team attacks, and even weapon choice but theres just so much to cover its silly. Ending review summary PLAY THE FIRST ONE, USE YOUR SAVE FOR BONUSES AND PLAY THE SECOND THEY ARE DIRECT SEQUELS NOT TO BE PLAYED APART. As far as the t for teen, don't worry, its still great and theres all the humor and nonkiddy feel of a rated r game. No obvios censoring or anything like that to worry about. 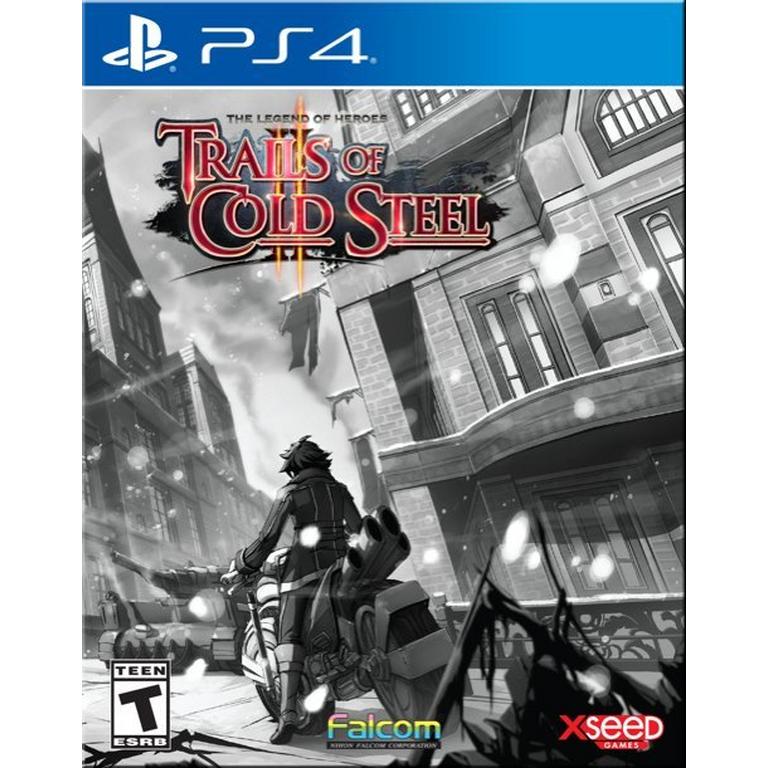