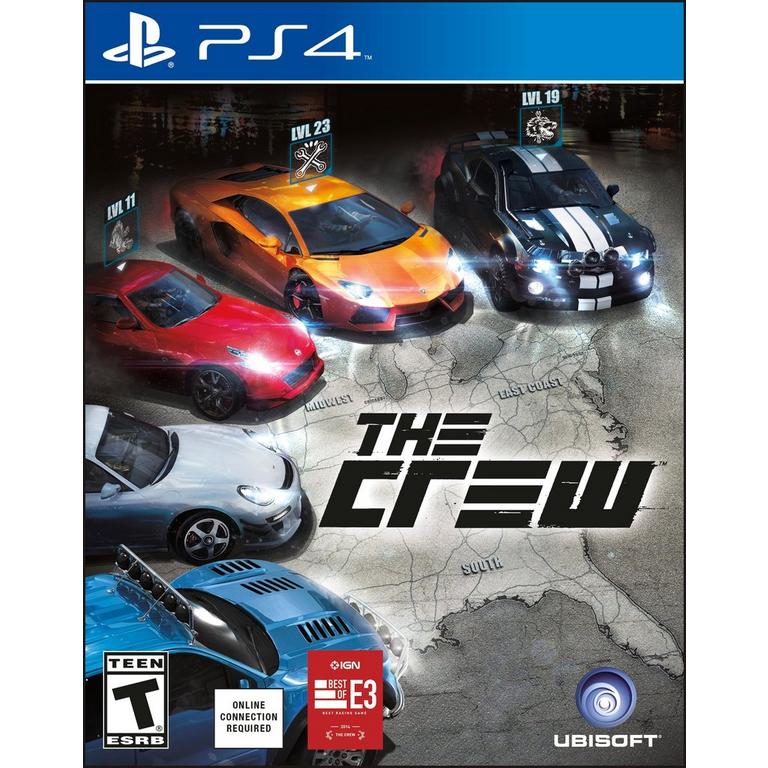 With exploration, customization, and a wide, connected experience, The Crew redefines what you know about driving games and takes you on a relentless ride all throughout the United States. Seamlessly jump in and out of a massive network of fellow drivers, and build your crew of friends to take on heart-stopping missions throughout metropolitans and natural environments all across America. Customization is the key to success, though, and an extensive tuning system will prepare your ride for any terrain that lies ahead of you. Drive fast, drive everywhere, but…NEVER DRIVE ALONE.

Be Part of the Crew

The Crew is a revolutionary action-driving game developed exclusively for next-gen consoles. It takes you and your friends on a reckless ride inside a massive, open-world recreation of the United States.

The Most Varied Driving Experience of All Time

Take part in a relentless ride to move up the ranks of the 510s, a gang grown around Detroit's illegal street racing scene – making a rep for yourself on the underground-racing scene and ultimately taking down their activities all across the United States. Maneuver through the bustling streets of New York City to lose the cops, cruise down sunny Miami Beach or trek through the breathtaking plateaus of Monument Valley. Each locale comes with its own set of surprises and driving challenges to master. On your journey you will encounter other players on the road – all potentially worthy companions to crew up with, or future rivals to compete against.

Join a living, breathing world of car enthusiasts, where you always have someone next to you, ready to take on new challenges with or against you. Seamlessly jump in and out of each other's games at any time, joining forces to overcome the toughest challenges: take down a rival faction driver on Las Vegas Strip, escape the police patrols across downtown Chicago, or confront an opponent crew on Florida's beachfront highways. Make new encounters, cooperate with your friends, and beat their achievements when they're gone. Build your crew of four drivers and take them in a thrilling ride through the entire USA.

Live All the Adventures of Driving

The entire United States is your driving playground, covering thousands of square miles, from city to suburb, county to county, state to state, coast to summit. Discover what freedom truly means, without any barriers to restrict your car to the road, in a world of unprecedented scope and loaded with exciting challenges. Crush rival crews in illegal street races in Detroit, chase down that last Colorado collectible in the snowy mountain peaks of Aspen, beat everyone on the racing track, or run after a target in the water drains of Los Angeles. This is driving at its most exciting, varied, and open.

The Next Generation of Driving

A new generation of hardware requires new standards. Exclusively developed for the next generation of consoles, THE CREW offers a massive open world version of the USA, recreated with amazing graphics and level of detail. A world in which any driving fantasy can be realized – street, dirt, cross-country, circuit. A world brimming with life, challenges, and activities to keep you entertained for long. Continue the experience on iOS, Android tablets, and on the web. Keep track of your friends' performances to beat their scores when you're back in the game. Tinker with your ride and play it live to set new records.

Prepare for the Next Job

Earn new vehicles as you progress and customize them, according to your style and driving preferences. Do you have the required mastery for an endurance race, or the lightning-fast reflexes to tackle an epic downhill rally? Collect cosmetic and performance parts - stickers, liveries, rims, bumpers, skirts, wings, hoods... Make your car unique and take it on any terrain - asphalt, snow, sand, dirt, grass... Anywhere you go, there's always a friend to show it off to, and more people to beat. 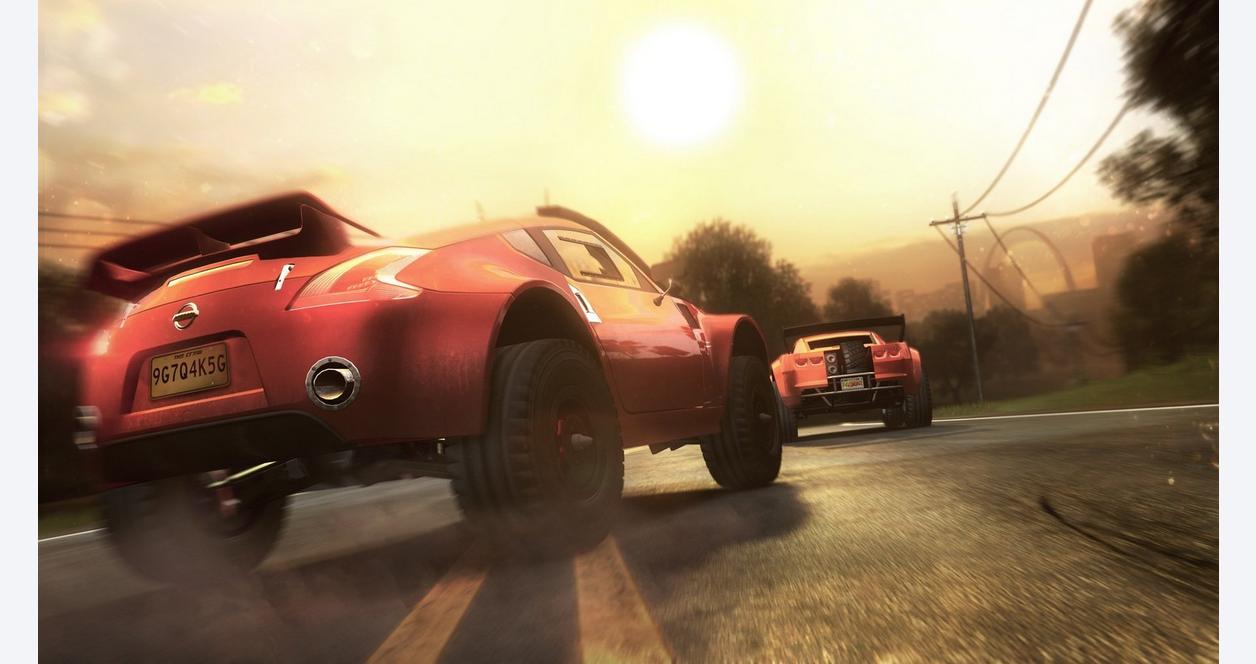 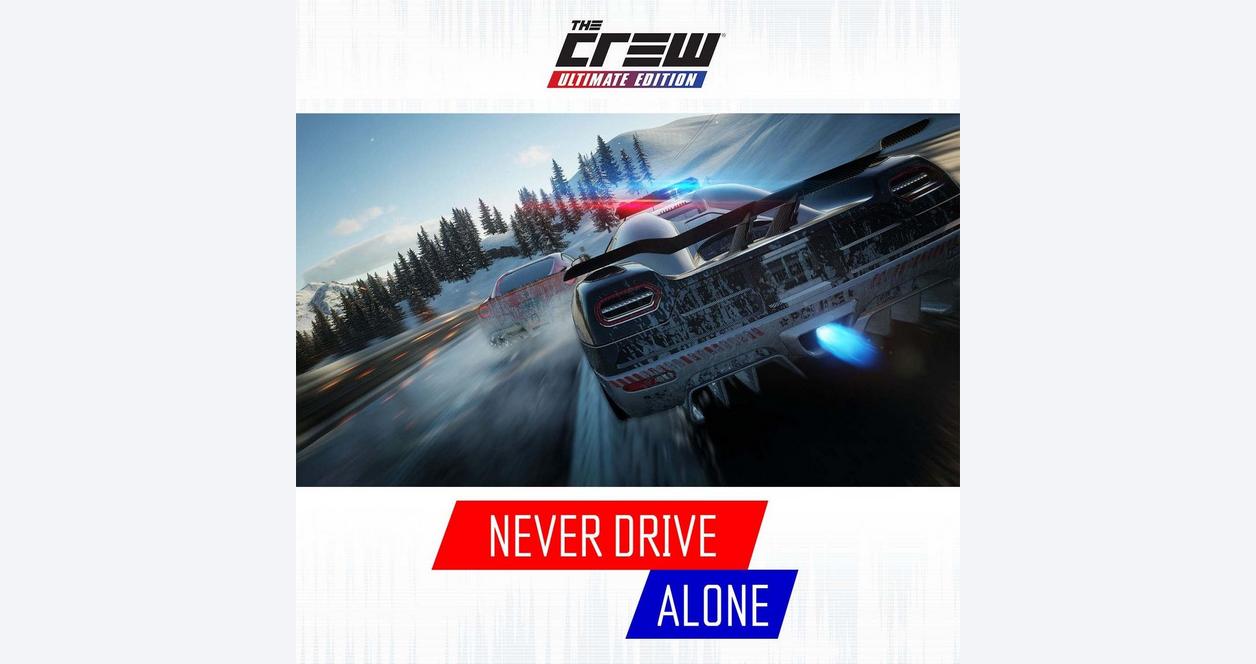 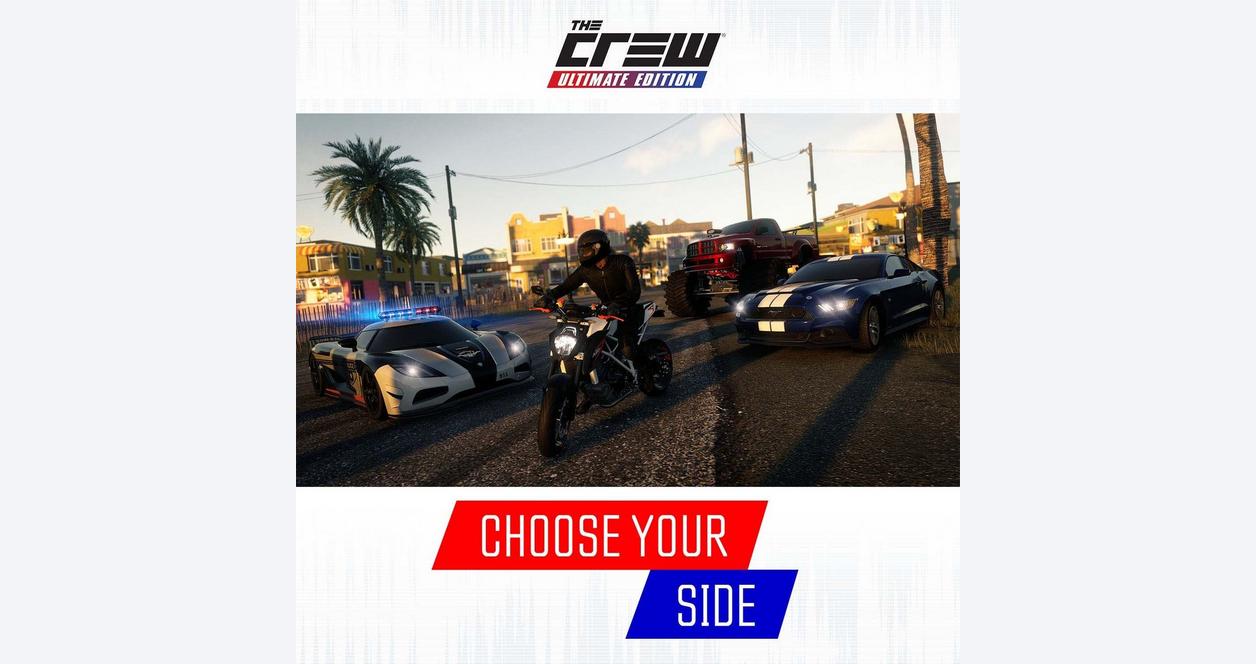 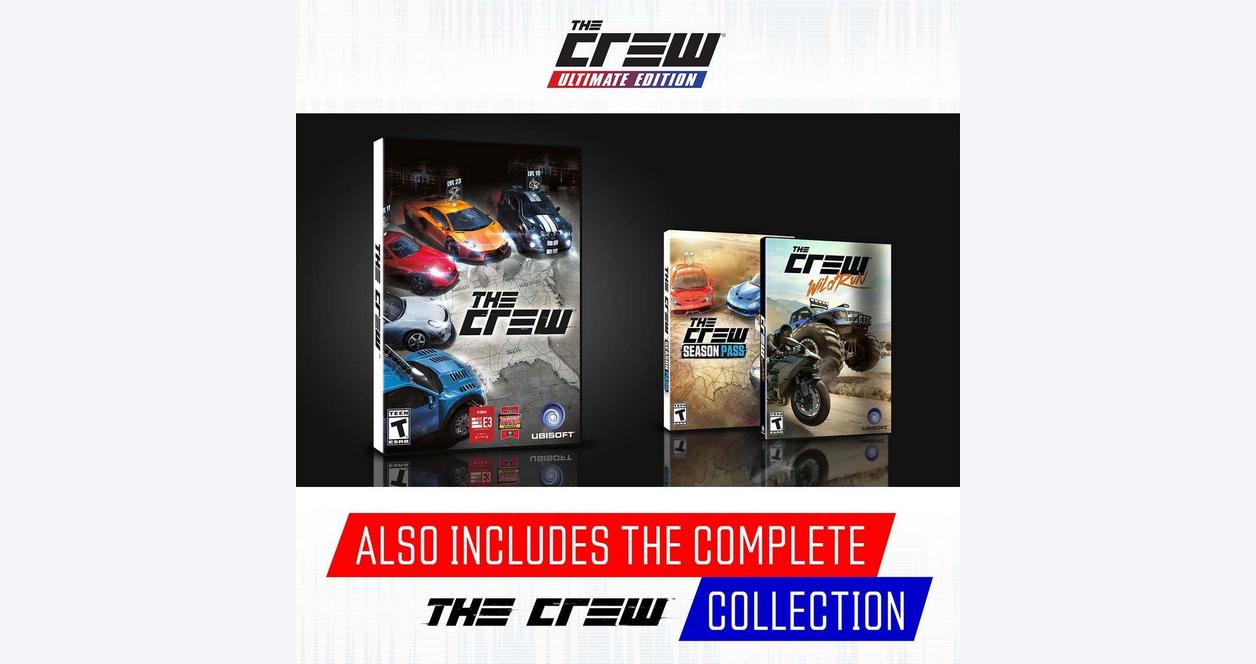 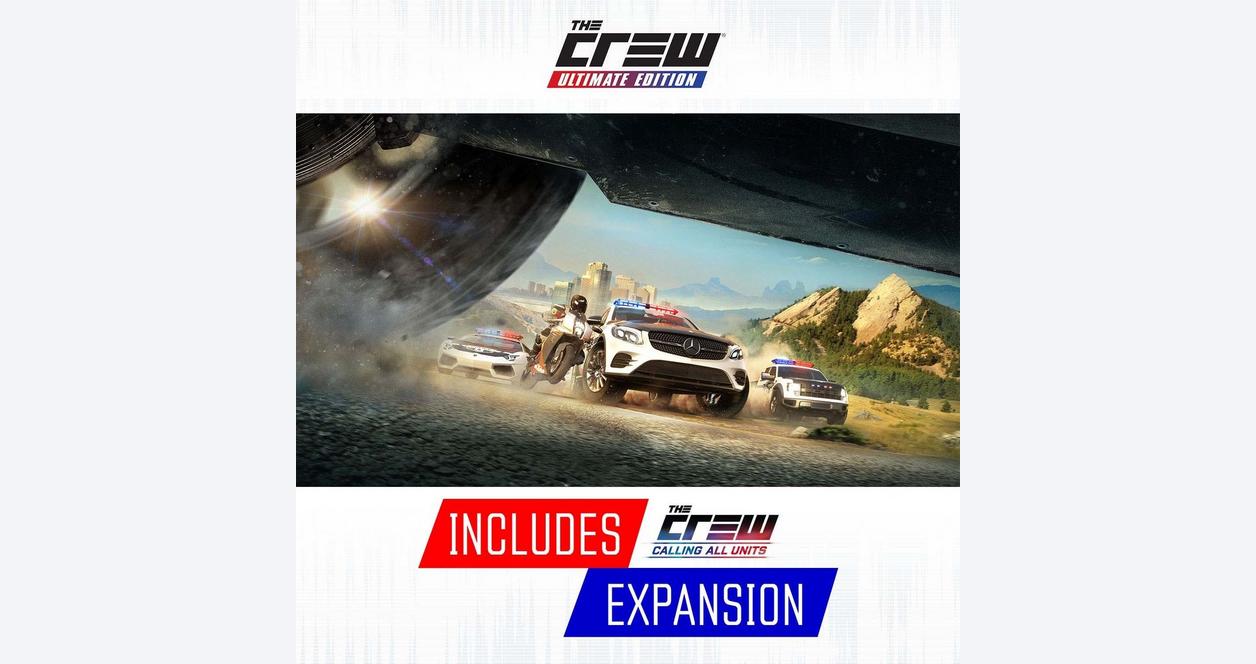 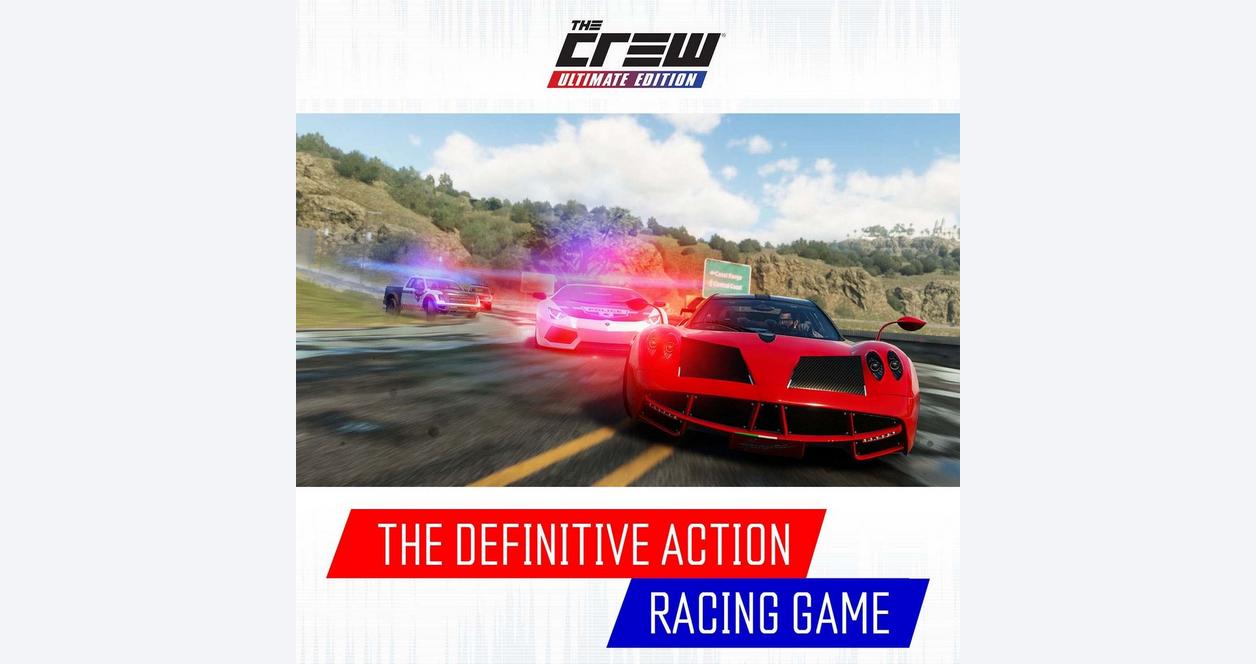 The Crew is rated 4.0 out of 5 by 204.
Rated 5 out of 5 by Anonymous from Dealing with the mother in law.. This game gets me to a level of "I'm so excited.. that i Dutch ovened my mother in law, while she was sleeping on our living room sofa.. TWICE!!" extreme joyestness.. everytime i play it.
Rated 5 out of 5 by Jon Craig from Remember NFS: Most Wanted? This is that plus more! This was the first time in years I felt like I was playing Need For Speed: Most Wanted back on PS2. I highly recommend this for those who miss that itch Need For Speed left behind.
Rated 4 out of 5 by Babygirl78 from Pretty cool It seems pretty good. I bought this for my 7 yr old he likes it.
Rated 2 out of 5 by Elj32 from Just another basic racing game. Nothing special Just another basic racing game..nothing great about this. My son said its very boring. Wish i wouldn't have wasted my money on it
Rated 5 out of 5 by CREW CRAZY from CREATIVE. CLEAN. COOL. Wonderful driving experience! However, extremely difficult to acquire high level parts/perks. If you enjoy hours of grinding to reach the highest level the CREW is for you. The game would be greatly improved if you were allowed to trade cars in for parts/perks. Then players with less available play time could still compete. Also, without a doubt this is the cleanest game on the market. For that I thank you!
Rated 4 out of 5 by Clowe14f1 from Fun racing game Fun Game espically if you love need for Speed franchise
Rated 5 out of 5 by Calebmach from Good racing game Pretty cool, just getting into it, but i like it so far!
Rated 3 out of 5 by Brian Meyers from Carssss Definitely a fun game wish you could upgrade the cars a little better.

Is this a 2 player game

Asked by: German80
It's only 2 player when you play online
Answered by: Sting115

can it be played without internet connection/single player mode

Asked by: jimmy516
no
Answered by: JEEFERY

Do you need PS Plus to play this game?

Asked by: RG13
PS+ is required for playing with friends but you can play without. You will also need internet connection for this game.
Answered by: UbisoftProductExpert

Does this have calling all units expanson pack?

Asked by: Joey6981
The original game both new and pre owned does not have the code for the calling all units expansion you must buy that separately
Answered by: Eagle_four4

Do you need wifi to play this gmae 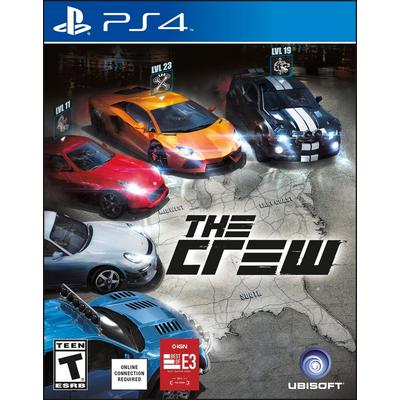