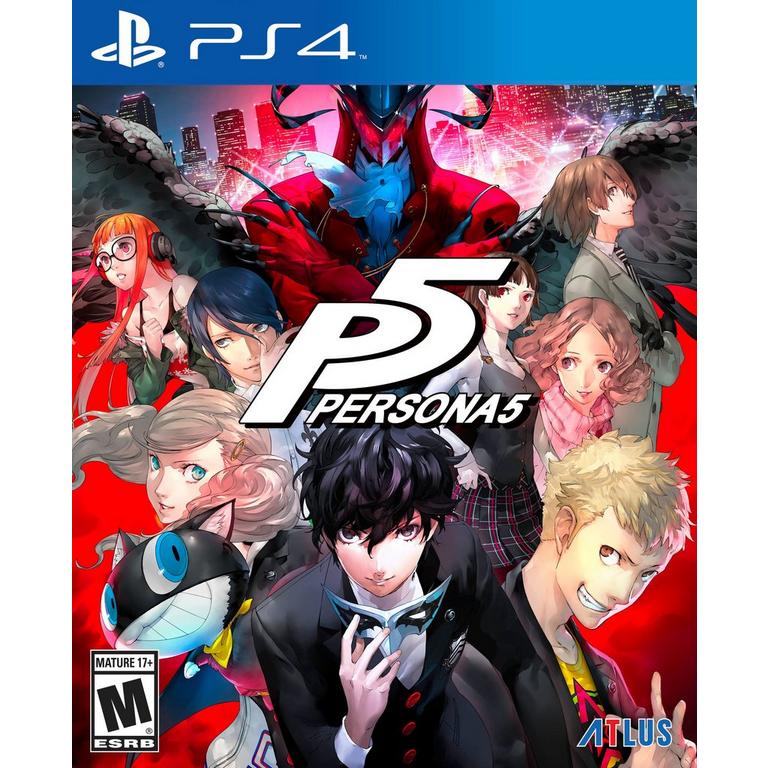 Persona 5 marks the return of the award-winning franchise on home consoles since the PS2 generation, and is the first numbered Persona game in over eight years! With fast-paced Japanese role-playing game mechanics, exciting action sequences, vibrantly stylized characters, enemies, and environments, and elegant anime-style cut-scenes, Persona 5 is unlike any of its predecessors!

Persona 5 is a game about the internal and external conflicts of a group of troubled high school students – the protagonist and a collection of compatriots he meets in the game's story – who live dual lives as Phantom Thieves. They have the typically ordinary day-to-day of a Tokyo high schooler – attending class, after-school activities and part-time jobs. But they also undertake fantastical adventures by using otherworldly powers to enter the hearts of people. Their power comes from the Persona, the Jungian concept of the “self;” the game's heroes realize that society forces people to wear masks to protect their inner vulnerabilities, and by literally ripping off their protective mask and confronting their inner selves do the heroes awaken their inner power, and use it to strive to help those in need. Ultimately, the group of Phantom Thieves seeks to change their day-to-day world to match their perception and see through the masks modern-day society wears.

The 5th Numbered Game in the Series, Created by Renowned Developers - The core development team of the recent Persona titles unites again for this upcoming game. Long-time Persona series director Katsura Hashino is overseeing the project, while legendary character designer Shigenori Soejima is working closely to create character designs that ooze rebellious style and attitude. The game will also be backed with a soundtrack featuring the fresh sounds of acid jazz composed by the gifted Shoji Meguro. This dream team will bring both depth and style into the mix.

A Deep and Engaging Storyline - The thrilling story of a team of defiant teenagers, growing through every trial they face, begins now. Each case will take you one step closer to the truth veiled in darkness...What awaits our heroes: glory or ruin?

Unique and Interesting Dungeons with Various Tricks and Traps Await - Overcome various obstacles with graceful Phantom Thief action. The simple-to-learn, but hard-to-master controls will be enjoyed by newcomers and veteran Persona players alike.

Language - A stable of talented voice actors have provided English voice-overs while ATLUS' celebrated localization team offers an English script that provides a faithful and engaging play experience. The original Japanese voices will be available as FREE DLC.

The Triumph Of Thievery

If the opening hours of Persona 5 are like starting a massive novel, then the closing hours are like finishing one, complete with the bittersweet finality of turning the last page. But it also carries an immense sense of satisfaction. After 100 hours of playing, all of my big questions were answered. I understood the characters, I knew my way around the world, and I had fun almost every step of the journey. You become a resident of Persona 5 the more you play it, and it has the rare ability to transport in a way few games can.

Reform society by fighting demons and making evil people confess their crimes. But don’t forget to keep your grades up and make friends

They may not be detailed, but the visuals are incredibly stylish and attractive. Even the victory screens and shop menus look amazing

Exploration and combat controls are straightforward and smooth. I especially like how each battle command has its own button, so you aren’t scrolling through too many menu options

Persona 5’s well-crafted story, exciting combat, and deep systems make it my favorite entry in the series – and the best Japanese RPG in years

Persona 5 is rated 4.8 out of 5 by 835.
Rated 4 out of 5 by Anonymous from P5 is really fun Just a great fun game, no scratches on the disk when I bought it but not the greatest p5royal is a perfect version of this
Rated 5 out of 5 by Shaddai Wesolowski from This game Personified??? The game is a fun, challenging, and beautiful experience. The mechanics are smooth, and i love restarting the campaign to try n do different things everytime. Honestly a good game when your sitting in your home and nothing to do.
Rated 5 out of 5 by Swag Lord from Great Game! Really fun game, I was a big fan of Fire Emblem 3 Houses so the employee in the store recommended this game and I love it. So much depth and the graphics are great. Very stylish.
Rated 5 out of 5 by uwuinator from Time Loop of Death Really good so far but I can’t get out of the first castle cause i keep forgetting my dang save!!
Rated 5 out of 5 by TanTannFrost from Phenomenal Game Amazing. I’ve always been a huge RPG guy, and it’s really nice to have a modern RPG with this much to do and this much love, let alone the amazing mechanics and voice acting. Legitimately challenging too!
Rated 5 out of 5 by Light0 from Very fun entertaining game! It takes a little while to start up, but trust me if you give it a few hours you'll come to love it!
Rated 4 out of 5 by Zach Iezzi from Very fun, but a little grating. The game is fun! The core gameplay loop of combat w/ the Shadows is enjoyable and enough of a challenge to keep me engaged. The social skill, confidant, and calendar roll together into a fun "manage-your-time-efficiently" challenge, and I had a lot of fun trying to plan my days and weeks around increasing my skills efficiently and spending time with my confidants. In addition, the art style is EXCELLENT and aside from the cutscenes-using-in-game-models, which can be a bit clunky, the game has wonderful visuals and an incredible style! I'm so far 90 hours in and I'm about to finish my first playthrough. My only gripe is that the game has many small but annoying design decisions that - over time - waste a lot of time. For a few examples: 1. Every time something happens, the game needs to tell you twice, sometimes three times. "Hey what's that?" "It's a switch!" "Could it be for that thing earlier?" "Let's try pressing it." 2. Following the first example, oftentimes the game will explain something you need, like pressing a button to disable a camera. When you find the button, there's a cutscene to say "we found the button!" Then out of cutscene. Then you press it, and cutscene of camera going off. Then you're back to the game. The game has a lot of these moments that grind the pacing to a halt in the Palaces. 3. The game has a bad habit of either sticking you in a room and giving you control of your character when really all you can do is go to sleep. It loves to give you control, even for trivial tasks that you could have simply gone to cutscene over. Above all, I have been playing the game A LOT and I have been having a blast. As long as you're willing to overlook the minor annoyances (and occasionally cringey tweeny anime dialogue), there's nearly a hundred hours of content on your first playthrough and I plan on playing the New Game+ mode theough as well! My advice to you is this: If you're trying to play efficiently, have your phone nearby with a wiki open. If you're just trying to experience the story, just play. Have fun!
Rated 5 out of 5 by Animemom30 from Awsome! Lets just say i played 8 hours the first time i played.

Does persona have voice acting or just text&nbsp;

Asked by: Zuluboy100
Persona 5 has voice acting. I would say it&rsquo;s avout 70% voice with 30% text&nbsp;
Answered by: Solomon Black

Is this game actually 30$? Or is it some glitch because i see the pre owned one is 55$ while a new copy is only 30$ i want to go to to the store and buy it but if its not actually 30$ i wont go so please respond fast.

Asked by: LogicPhoenix
It's part of the christmas sale, lol enjoy it!
Answered by: TomatoTome

Is this game in Spanish Japanese or English is Spanish or Japanese is the an English dub for it.

Asked by: KIllerNinerHD
So far I've seen it has Japanese or English audio, and English subtitles.
Answered by: Enriexx

Wasn&rsquo;t this supposed to be a New Years sale too? It said so when I looked yesterday&nbsp;

Asked by: emiliomar343
It didn't matter because the game has been sold out on line since December 26.
Answered by: Thatguy27 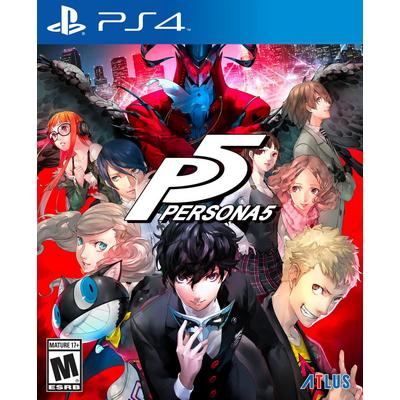