Everyday Free Shipping $35+
Select Condition For Availability
Gran Turismo 5 Prologue features over 60 stunning cars – including vehicles by Lotus, Mitsubishi, Nissan and Ferrari for you to race on seriously realistic, real-life tracks: including the Eiger Nordwand, the London City Track and Suzuka – all rendered in incredible High Definition graphics. There's also all-new driving physics for the most lifelike driving experience ever and new, improved opponent artificial intelligence for the toughest race challenge yet.
In the late 1980's, the stars of the Tokyo Motor Show were without doubt, the sports cars. However, the sports car category was not forever glorious as it approached the 21st century. Up against the head winds of subjects such as energy crisis or emission control, the sports cars faced a period of lying low, awaiting their time to come around.

Their time is now.

October 26th, 2007. The opening day of the 40th Tokyo Motor Show 2007, will introduce to the world a colorful range of sports cars, which over-ride the head winds with their striking innovations. The new GT-R, successors of the NSX and the Supra, the Lancer Evolution X, the Impreza Sti version, the Lexus LF-A and so on. Big names across the Japanese sports car genre, new and better, as if this were a revival of the 1989 show.Together with these revolutionary sports cars, Gran Turismo will take another big step forward starting with the introduction of Gran Turismo 5 Prologue. Those who have the opportunity to play this title are sure to be taken by surprise with the overwhelming advancements to Gran Turismo made possible by the PLAYSTATION®3 and its network features.

10 years from its debut in 1997, Gran Turismo will paint the history of car life simulation another color.
The award-winning Gran Turismo™ franchise returns with its 5th installment,Gran Turismo™ 5 Prologue, exclusively for PLAYSTATION®3. With its signaturerealism and unrivaled physics, this highly anticipated precursor to GranTurismo™ 5 continues to blur the line between simulation and reality.
Gran Turismo 5 Prologue is rated 3.5 out of 5 by 82.
Rated 2 out of 5 by WillSellers from Played a handful of times and already messing up Since the ps3 I bought recently was also bought from gamestop I feel this is valid I had this game for under a month and played it like 4 times and I already can't play the event mode (meaning I can't unlock cars)
Rated 2 out of 5 by TeenTITAN from This is Just BAD This a horrid racing game and serves as the only disappointment in the series. while the cars are nice, the game play is just plain boring and exudes little excitement during the races.
Rated 3 out of 5 by jmil19891 from Hard type of the game. For what u do in the game is easy and at certain times . Most people like to run around on the car many times. In this game it gives u many penalty for what u do . To me the game is good on experience gamers.
Rated 5 out of 5 by sonic2x4 from Great Demo When i bought this game, i thought is was the real GT5 but it wasn't. I played it and was amazed on how it was a short demo for what the real GT5 was going to look like. The Cars and tracks were good too.
Rated 2 out of 5 by raynaldo from stupid gt5 game ever!!!!! its ok but their is no online we can waite for the new gt5 so this game is more cooler then gt5 prol
Rated 2 out of 5 by wolfmanjack2000 from If you like customizing and racing waste of time. There is no tuning or customizing your cars and that is just not acceptable.
Rated 2 out of 5 by Zuniga from Wanted more of GTPrologue Good but tooooo short game, if I knew it first I wouldnt bought it. Very good graphics and its close reality but thats all
Rated 2 out of 5 by smithy1 from dont worry GT5 will be out on 11/24/10 yeah so i really got punk'd into buying this when it came out overall the graphics are good but we can all wait for GT5 to come out. 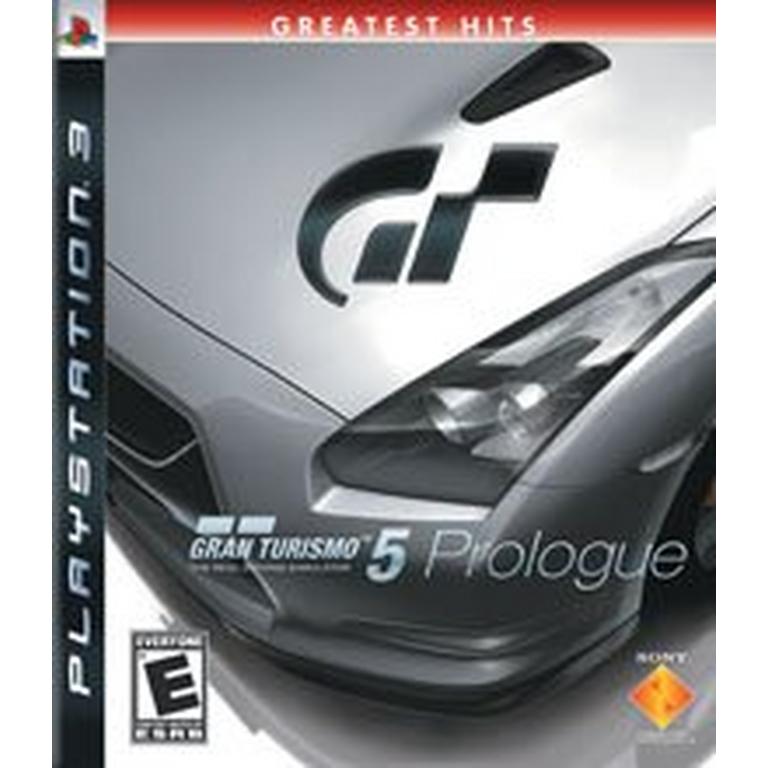