New emission standards for diesel locomotives in the US introduced in 2005 saw many new locomotives enter service to replace more ageing fleets, including the Evolution Series of locomotives and the ES44DC, now available for Train Simulator.
More Details Less Details

The first pre-production models of the GE Evolution Series were built in 2003 and were equipped with either AC or DC traction motors, according to the customer's request. Four models in the Series were produced for the North American market, the ES40DC, ES44DC, ES44AC and ES44C4, all with a low emission four-stroke diesel engine.

The ES44DC replaced the Dash 9-44CW model in GE's locomotive roster, and are similar in appearance to the Dash 9 and AC4400CW, although small differences are evident. In total, more than 1,100 models were built primarily for BNSF, CSX Transportation and the Canadian National Railway. Barring those damaged in accidents, the models still continue hauling freight services to this day.

The locomotive is also Quick Drive compatible, giving you the freedom to drive the BNSF ES44DC on any Quick Drive enabled route for Train Simulator, such as those available through Steam. Also included are scenarios specifically for the Pacific Surfliner® LA – San Diego route (available separately and required to play these scenarios).

I went to steam and entered the PC download code and they are asking for the original game. It says there must be ownership of another product. What did I buy or what do I need to do?

Where do i download the base version, and is it required to play this one?

if i have Train Simulator 2020 will it work? 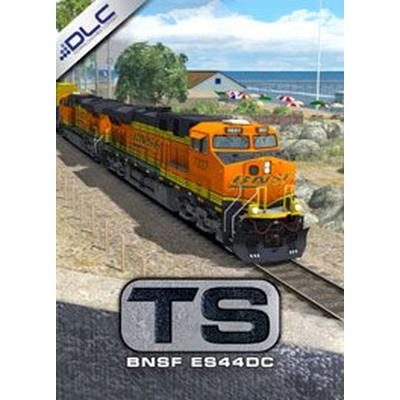