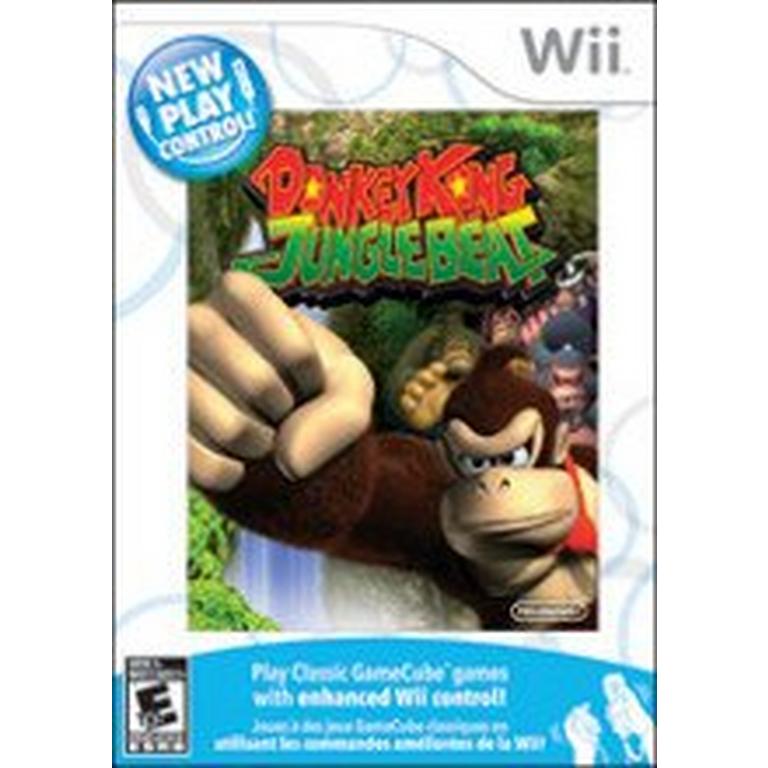 Game storyline: Donkey Kong sets out to prove he's king of the jungle and beyond. He rampages through lava caves, savage seas and crazy locales like a ninja-chimp fortress. Only when Donkey Kong defeats all the kings of his world – by boxing with apes, rabid warthogs, ballistic elephants and giant birds – can he call himself king.

Players who traveled the lands of the original Donkey Kong Jungle Beat will notice some changes to the kingdoms, such as additional enemies and obstacles, plus features like Skull Stones, Shock Spheres and classic Cannon Barrels. In addition, new monkey friends appear on many levels. Helper Monkeys give hints about how to survive the kingdoms and score more bananas, while Checkpoint Monkeys let players restart from midway through a level with their checkpoint banana total intact. The game also includes two surprises at the end: a boss-rush against all the Kongs and a victory feast for Donkey Kong once he has become the king of everything.

How to progress through the game: Players run, jump, swim, battle, swing on vines and collect bananas as they explore beautiful side-scrolling environments that span volcano caves, snowy peaks and fantastic skyscapes. Players also must hitch rides on parrots and killer whales, bounce off pinball-like obstacles and battle tons of bizarre enemies. Players collect bananas as they go, but the real trick lies in building up combo multipliers. This is done by linking different mid-air moves like vine swings, backflips and wall springs to avoid returning to the ground. If players sustain a combo in mid-air, all bananas collected during the combo are multiplied by that combo, which leads to much higher banana scores.

Donkey Kong Jungle Beat is rated 4.6 out of 5 by 18.
Rated 5 out of 5 by Pepper01 from Great game! Great game! I play games at night when I can't sleep ,
Rated 4 out of 5 by VTMiller from 6yr old loves it Lots of challenging obstacles and wii controller action moves for a kid. I’d guess 8-10yr olds would be bored; but it’s a solid game - got used.
Rated 4 out of 5 by Anonymous from The updated DK country before DK returns! If you have DK returns you will get the Gameplay right away.This game was made in 2004 for Gamecube but was remade for the Wii in 2009.DK returns was made in 2010 or 2011.The Music was Weird! The Grapics was like DK returns.Overall it's a 8.7! Ps: DK fur is darker in this game than in DK returns.
Rated 2 out of 5 by daizylady36 from Good game but too short. This was the first game I got when I purchased my wii. For that reason it took me about a week to beat the game the first time. Once I understood how to use the controller and nunchuck better, it took me only 1 1/2 hours to beat the game. I enjoyed what little game play there was. I think the graphics are nice and the audio was ok. Overall it isn't a bad game, just don't pay too much for it.
Rated 4 out of 5 by NuclearPie from Shake that Wii Remote This game brings some serious punch to Nintendos lineup. Swinging high above the treetops, swimming in tropical seas and running through icey caverns - and oh - did i mention the absolutely epic boss battles?! This game is not exactly "classic" Donkey Kong, there are plenty of mario-ish moves like the ground pount, wall jump, and back flip, but it is a stellar game nonetheless. If you crave a more classic experience, DK Country Returns is your game, but personally, i love this game. Only gripe is that it is much too short... Definitely worth your purchase if you like DK and/or Mario games!
Rated 5 out of 5 by Wesley37 from Jungle for an Upgrade My Favorite Game of All-Time, Donkey Kong Jungle Beat. I have never played it for GCN, Bongos looks fine, but I heard about it by the "New Play Control" Lineup of Games. With some changes they made, it came a Great Concept for a comeback. While the Story can take under a "Day", theres always Replayability by getting 3 Crests (4 in Original) each Level unlocking more Worlds along with Extras like a "Boss Battle" (Kongs only). Gameplay is very Fun with Platforming with Combos with the Kong Battles as the Best Part of the Whole Game. The Controls are well for the Wiimote. The Game Engine is Fantastic by "Nintendo EAD Tokyo" of the "Tokyo Development Group" which also did "Super Mario Galaxy 1/2" seeing how Fluid Gameplay represents, 2D is always enjoyable for Donkey Kong. Lots of Worlds, great Replay Value.
Rated 5 out of 5 by Anonymous from Awesome but short This game is great but it only took one week to beat everything! But it really did give me a workout.
Rated 5 out of 5 by SamG from Love It <3 Played the GCN version and I loved it soooo happy they put it on the wii!! The new controls are so good. Plus your hands dont hurt from slapping those bongos constantly!!! 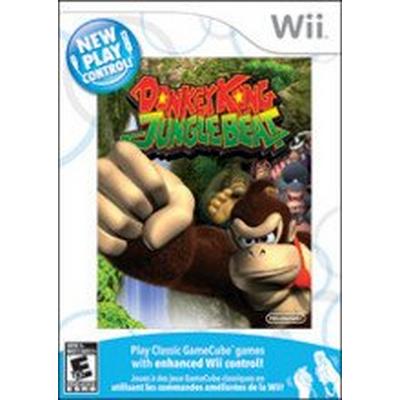