FREE shipping on orders $35+
Free Standard Shipping $34.99+
Get it Out of stock unavailable
Deliver Today
Free Standard Shipping $34.99+
Out of stock In stock unavailable
Order within
Order within
for delivery to Verify Address
Please provide your address to verify you are within our delivery area.
Pick up TODAY TOMORROW Free pick up at store with delivery@door
Out of stock In stock at
Change Store
Order within to pick up today!
Available for pickup
unavailable
Select Condition For Availability
Buy now, pay later! with 4 payments of $ Learn More
ESRB Rating: T (Teen 13+) i
Alcohol Reference
Mild Blood
Mild Language
Suggestive Themes
Violence
Trade Value

2K invites players to Step Inside the ring with WWE 2K20, available October 22. Your favorite WWE Superstars, Legends, Hall of Famers and NXT’s best will join the festivities and celebrate the evolution of the WWE 2K franchise! WWE 2K20 will feature key gameplay improvements, streamlined controls, and the most fun and creatively expansive entry in the franchise to date. WWE 2K20 will also feature a brand-new 2K Showcase focused on the story of the Four Horsewomen/Women’s Evolution, the return of 2K Towers, including a story-driven tower based on the career of Roman Reigns an all-new MyCAREER that prominently features both male and female playable characters, and Mixed Tag Matches featuring male and female competitors. 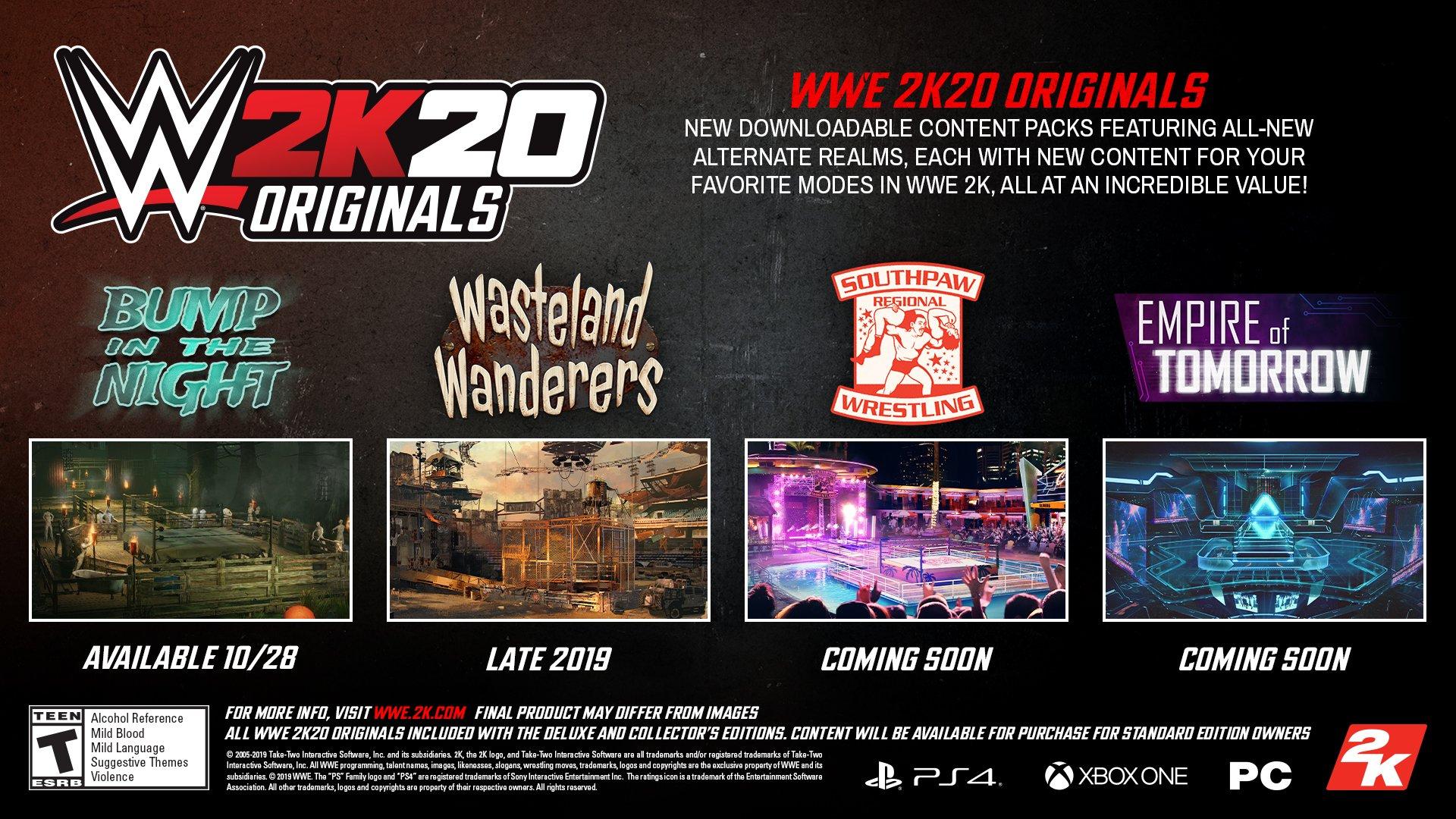 Q: Does this version contain glitches? Or will I have to wait for a repaired version?

Glitches all over the game.

Q: is all of the glitches fixed?

Q: Can you costume attires of superstars

Q: Does this version of WWE 2k20 come with a disc?

Yes, the physical copy comes with a disc.

Q: Do u need to anything other than Xbox live to be able to play online against other people and download other people's characters?

309 Reviews
Write a Review
5 Stars 133
4 Stars 42
3 Stars 33
2 Stars 24
1 Star 77
14.0% of reviewers would recommend this product to a friend
Top Reviews All Reviews
Most Helpful Highest to Lowest Rating Lowest to Highest Rating Most Recent