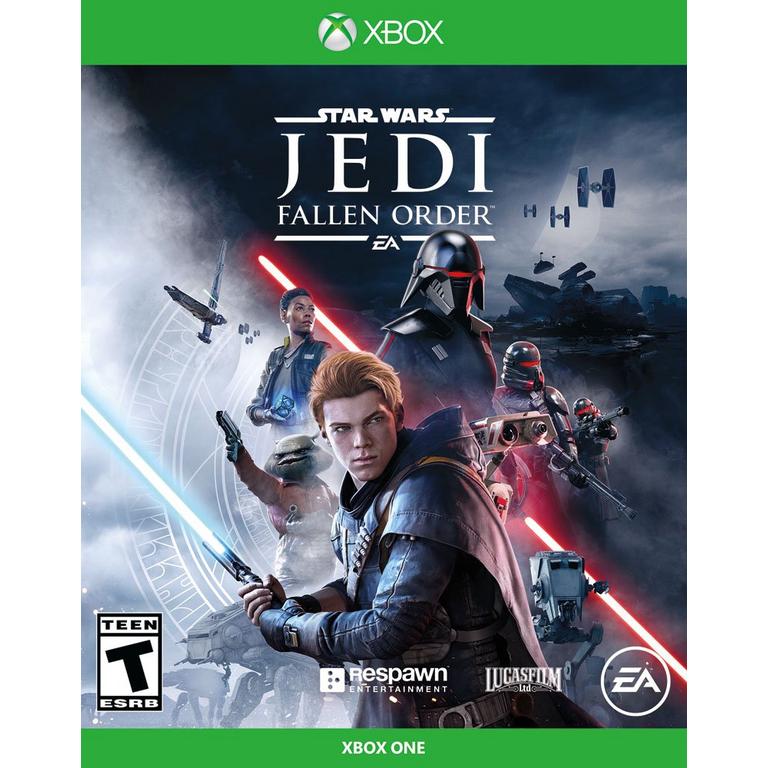 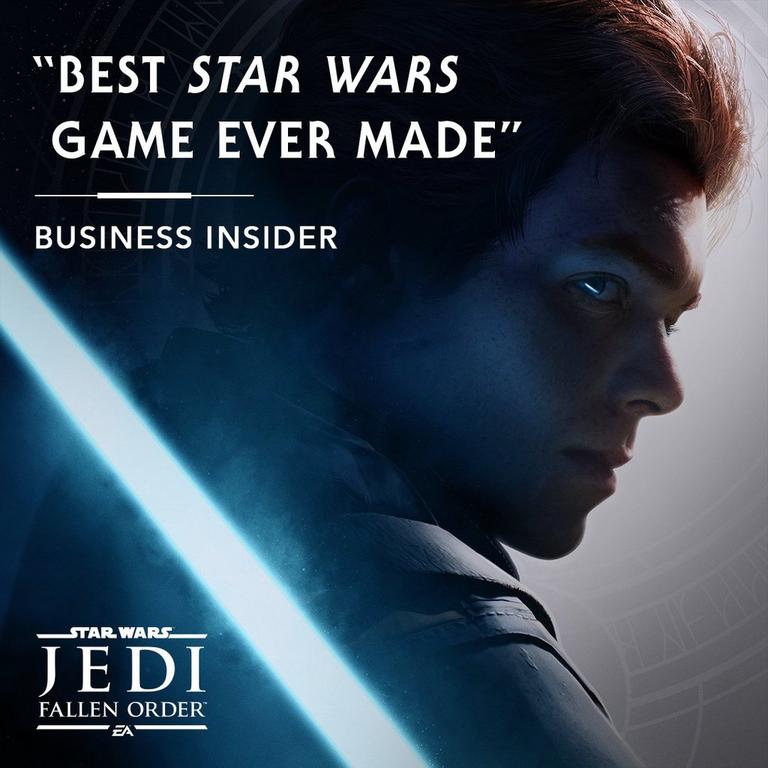 A galaxy-spanning adventure awaits in Star Wars Jedi: Fallen Order, a new 3rd person action-adventure title from Respawn Entertainment. This narratively-driven single player game puts you in the role of a Jedi Padawan who narrowly escaped the purge of Order 66 following the events of Episode 3: Revenge of the Sith. On a quest to rebuild the Jedi Order, you must pick up the pieces of your shattered past to complete your training, develop new powerful Force abilities, and master the art of the iconic lightsaber - all while staying one step ahead of the Empire and its deadly Inquisitors. While mastering your abilities, players will engage in cinematically-charged lightsaber and Force combat designed to deliver the kind of intense Star Wars lightsaber battles as seen in the films. Players will need to approach enemies strategically, sizing up strengths and weaknesses while cleverly utilizing your Jedi training to overcome your opponents and solve the mysteries that lay in your path. Star Wars fans will recognize iconic locations, weapons, gear, and enemies while also meeting a roster of fresh characters, locations, creatures, droids and adversaries new to Star Wars. As part of this authentic Star Wars story, fans will delve into a galaxy recently seized by the Empire. As a Jedi hero-turned-fugitive, players will need to fight for survival while exploring the mysteries of a long-extinct civilization all in an effort to rebuild the remnants of the Jedi Order as the Empire seeks to erase the Jedi completely. 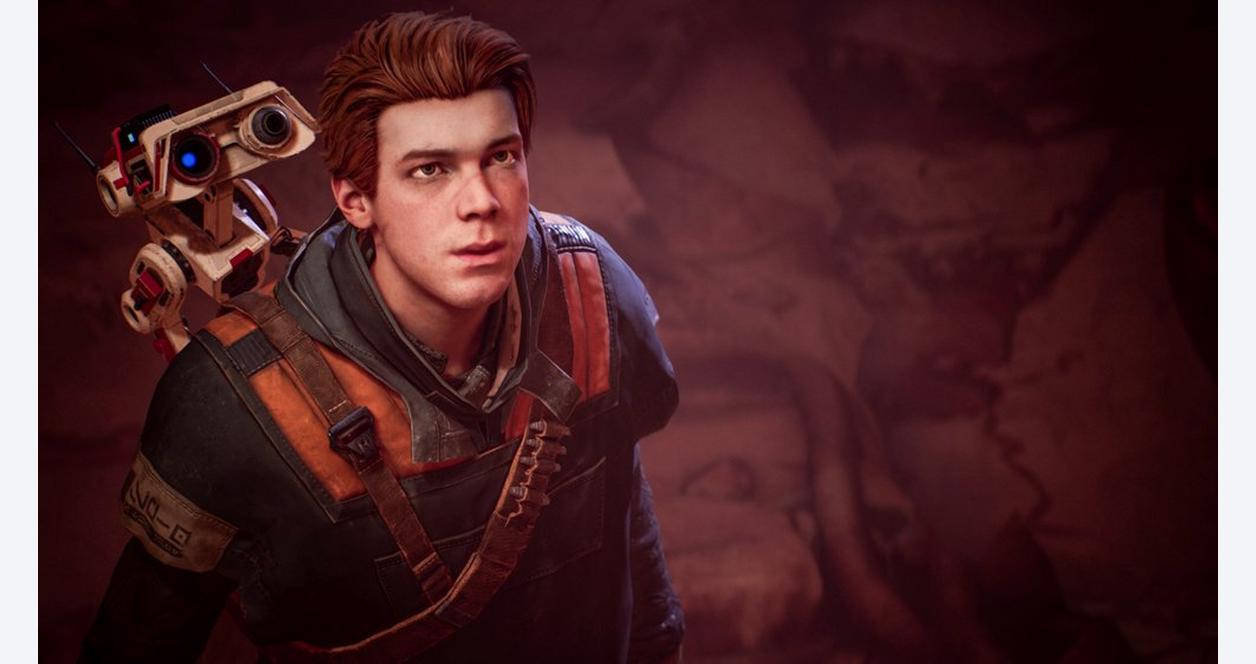 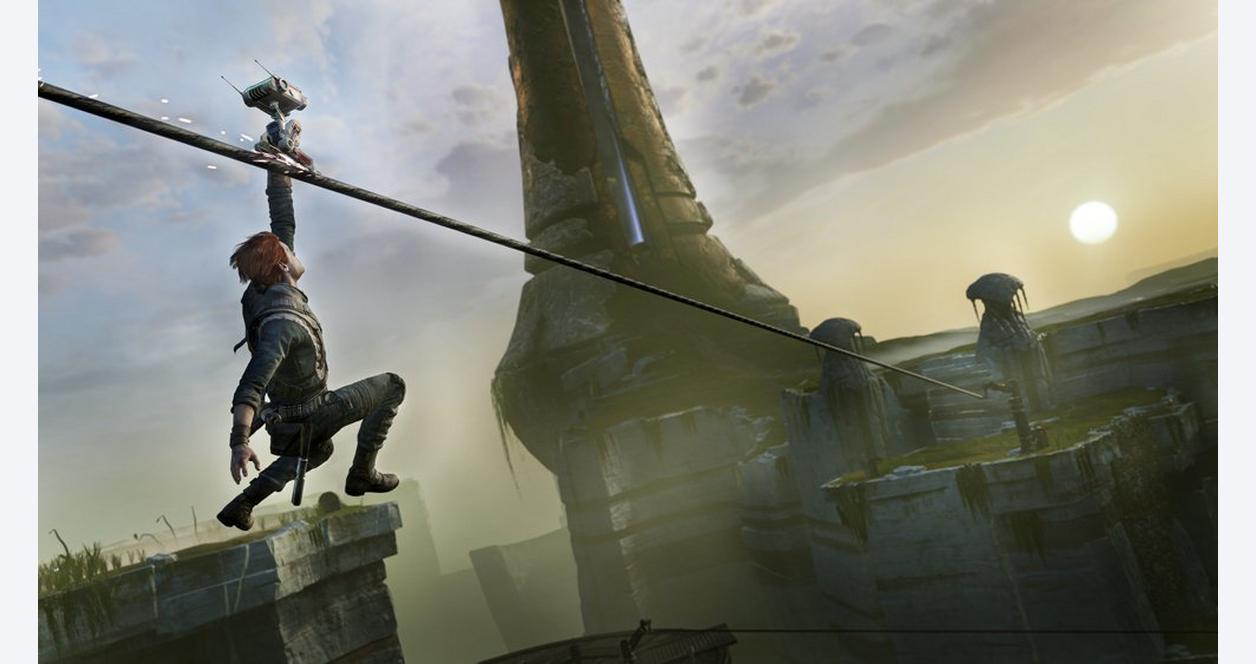 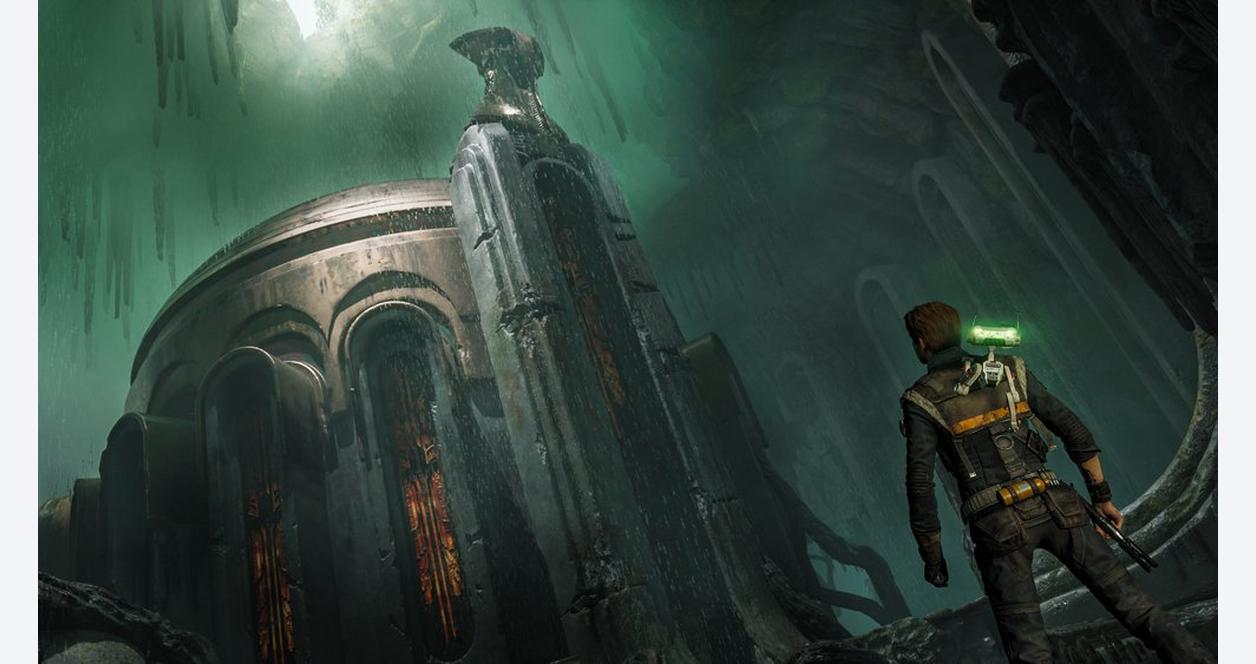 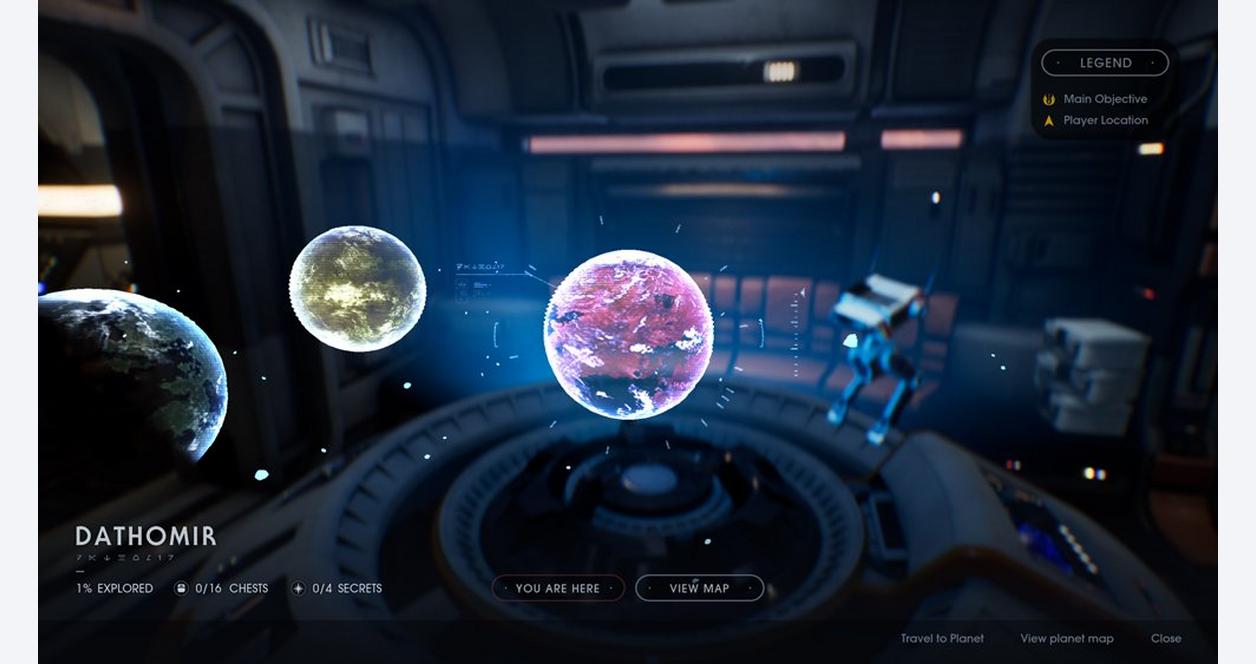 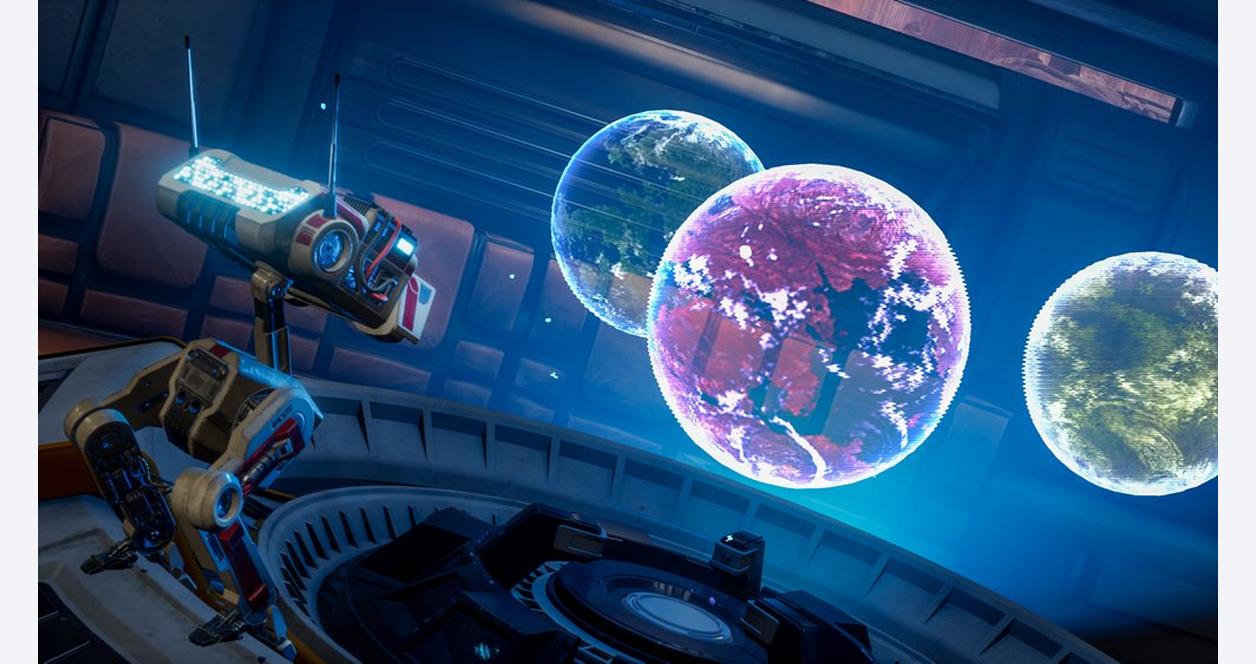 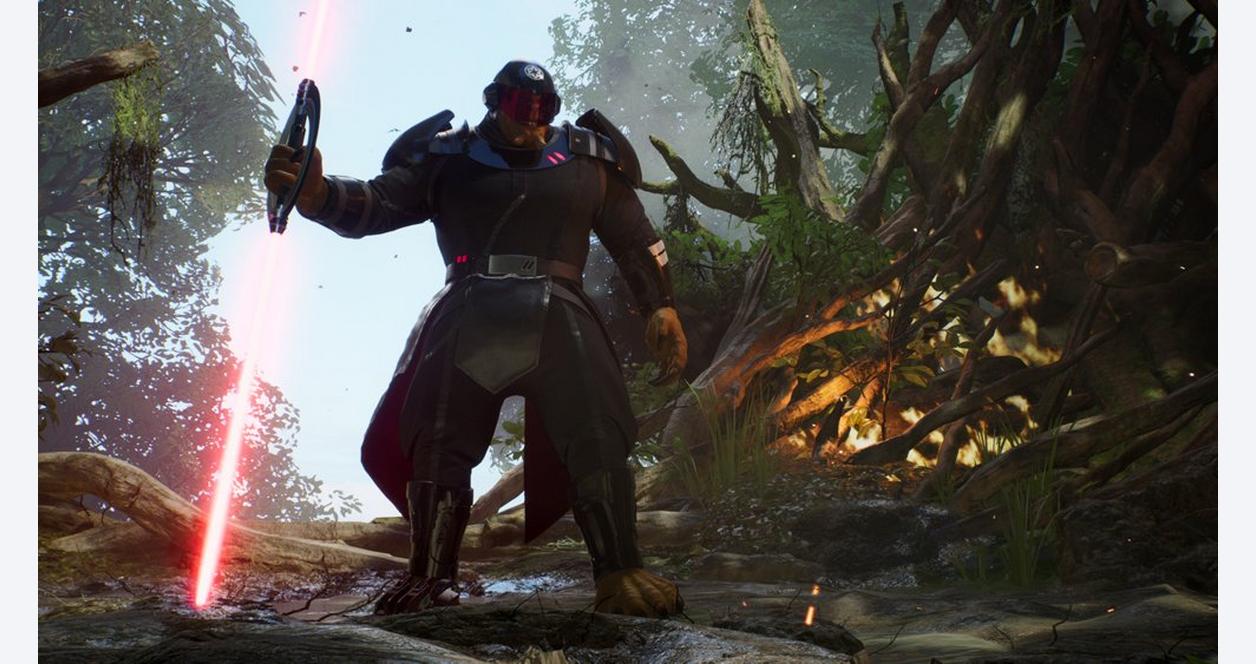 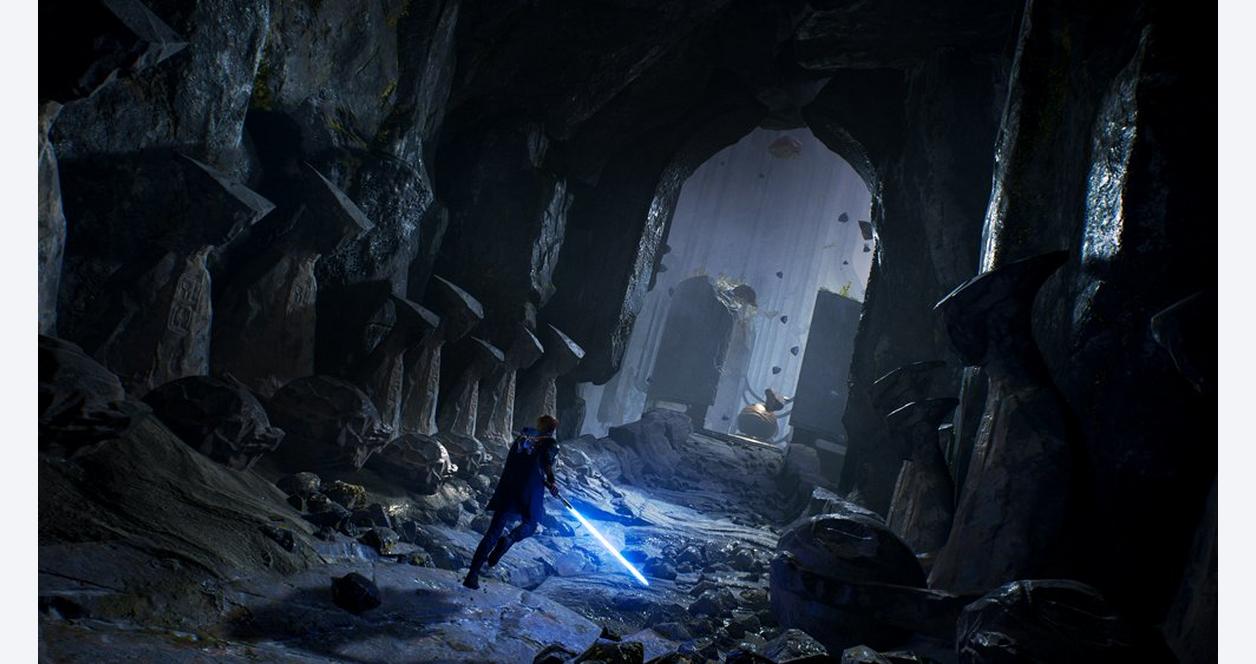 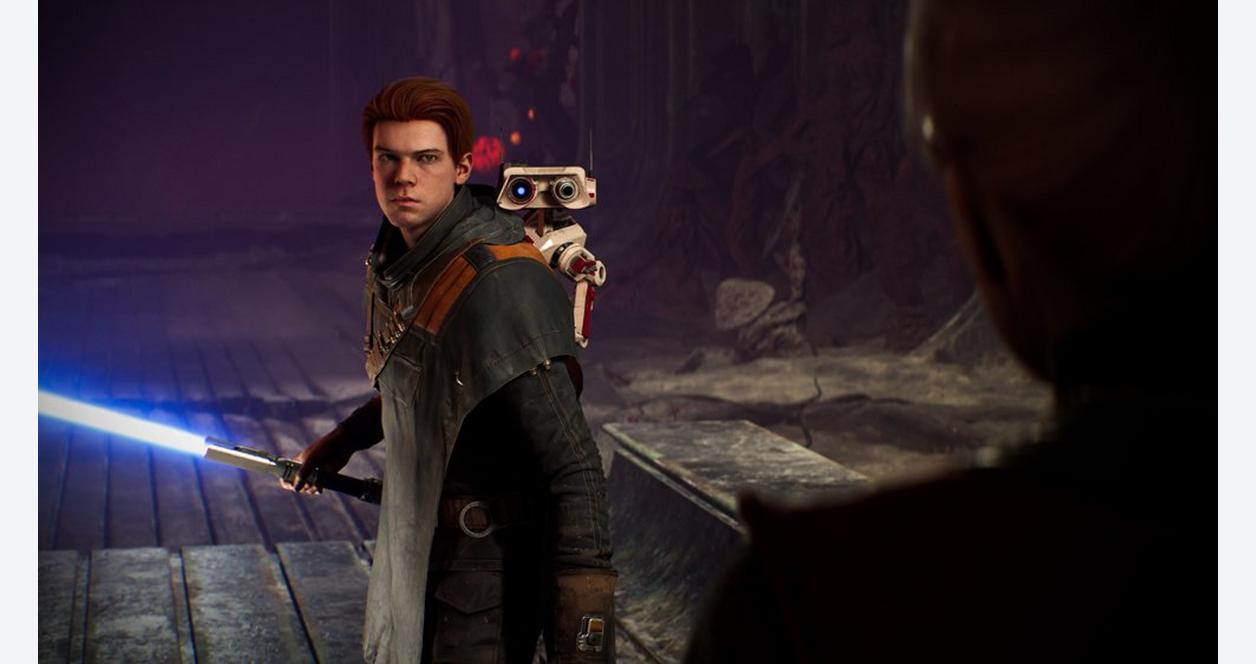 A raw, untamed power courses through Star Wars Jedi: Fallen Order. Much like a Padawan in training, this game is a student of the Force, not a master. The lightsaber is used skillfully, twirling in exhilarating ways to chop down Imperial troops, and the Force flows into acrobatic movements, but the Padawan’s motions are rough and unrefined. This inexperience fits with the story of a Jedi losing touch with the Force, but is more of a reflection of Jedi: Fallen Order missing a coat of polish.

A journey of discovery unfolds in a sprawling, open-ended adventure that succeeds in both story and action

The amount of detail on display in every area is incredible. However, enemy animations can be tricky to read, and some texture popping occurs

The orchestrated score, BD-1’s unique chirps, and all of the voice work are superb and make for a hell of an aural Star Wars experience

Traversal is slick, allowing players to run along walls, double jump, and using the Force to pull a vine to them with ease. Lightsaber combat is fluid and intense, but feels a little unpolished

Jedi: Fallen Order tells a new Star Wars story and takes players to new places. It sits nicely alongside the Rebels and Resistance TV shows, which also dare to be different

Star Wars Jedi Fallen Order is rated 4.5 out of 5 by 5065.
Rated 3 out of 5 by Anonymous from Star Wars Jedi: Fallen Order It’s basically any adventure game you have probably played in the past ten years, except it’s Star Wars. It’s a fun game, but the only reason you or me are buying this game is because it’s Star Wars. The story is pretty cool and it looks nice. Gameplay is okay. There is lots of exploration.
Rated 5 out of 5 by Fallen Order Fanatic from An in depth story, if a little odd I just want to say that I’m probably the biggest Star Wars fan out there, and out of every game, movie, storyline, etc, this takes the cake. The combat was amazing, if a little tricky in the first few moments, and some of the stuff could be a little annoying at times, like the targeting system, but those are my only complaints. I wouldn’t necessarily say it’s worth full price simply because of the play time since it’s only like maybe 20 hours of play time, and there isn’t much to do after you beat it, but it’s still a great game nonetheless. I ran into quite a few immersion breaking bugs, but nothing game breaking, just kinda annoying. I absolutely adored the platforming. I had a lot of people telling to not buy it because it’s a lot of puzzles, which I didn’t personally enjoy, but the outcome was worth it. The story was absolutely fantastic. Definitely a 9.5/10
Rated 5 out of 5 by The legit from The fallen order is definitely a must play. The best star wars game i have played. The only thin GB is it doesnt last forever and theres an end point to discovery. After my first playthrough. I had 95% percent completion. There Won't much else after that. The puzzles were amazing though.
Rated 5 out of 5 by YUKI21233 from star wars Love the game. Its the best game of the year for me
Rated 5 out of 5 by JuJuLuckyBear from Awesome Star Wars game I love to watch movies and play games. This game is like you’re watching movie while playing game. Wonderful storyline, best picture and great game. Best subtitles that you can adjust the size to read. Absolutely zero regret to own this game.
Rated 4 out of 5 by Shadow Stormtrooper Cole from Star Wars Jedi: Fallen Order It's not quite like KOTOR was back in the day, yet it's still better than Force Unleashed. This is what TFU should have been. And this is probably better than the abominations known as the sequel trilogy
Rated 3 out of 5 by Timmi Lemons from Okay-ish at best. Game is visually beautiful. Controls are amazing and easy to use. The map is different but easy to learn. However......The main character isn't likeable. The story is boring. You send more time jumping, climbing, backtracking, running than actually fighting. I don't get the feeling I'm a Jedi. I have completely lost interest in playing this further. There isn't anything captivating enough for a return to play this title again. Star Wars Battlefront 2 was far better in every category.
Rated 4 out of 5 by Keyoshin from Playability Camera is weird at times and it seems a little glitchy. The story is awesome though.

Is this a digital code that can be redeemed for any origin account? I'm trying to buy this for a friend to put on their origin account.

Asked by: JoshKnorr02
if she/he is a friend just buy as a gift through orgin and it will allow you to place the email or origin user account name of the person to gift out.
Answered by: ChuppaThis

Is this a two player game

Does it need enternet to play

Asked by: Tpar
It does not need internet to play.
Answered by: JSkywalker

Does this game have a steel book case ?&nbsp;

Asked by: Drewskie5590
Mine didn&rsquo;t come with one. But I&rsquo;m sure they have them.&nbsp;
Answered by: Mike34590

Hello, does this bundle have the Black Series Second Sister with carbon paint deco? If not, which figure. And does this game have any DLC / bonus content planned for XB1? TY

Asked by: amethystEd
No, the carbonized second sister is available now at gamestop as a standalone figure. the bundled figure will be the Purge Stormtrooper.
Answered by: Argyler

What's the difference between this one and the Deluxe Edition??

Asked by: LainieFrank
With The deluxe edition you will get a digital art-book and behind the scene video and some in-game stuff That you can use while playing.&nbsp;
Answered by: Jeremy36

Asked by: Xx3DogKnightxX
So basically the game isn't completely free roam. It is linear but does have alot of exploration and puzzle solving involved. If you don't like exploration games and was expecting an open world game, this wouldn't completely be a game for you, seeing as how it really doesn't serve any purpose to explore except maybe upgrades by defeating enemies and unlockables. Also, prepare for a lot of backtracking and not being able to refight a boss fight.
Answered by: Katethejedi

What figure comes with the bunble? 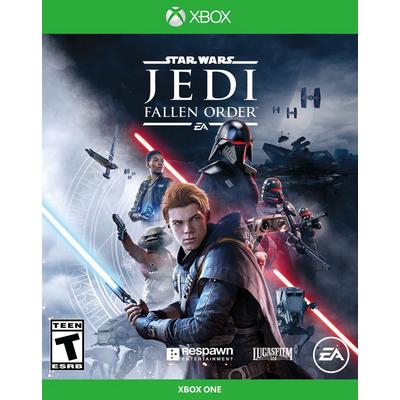