KINGDOM HEARTS III tells the story of the power of friendship and light vs. darkness as Sora and his friends embark on a perilous adventure. Set in a vast array of Disney and Pixar worlds, KINGDOM HEARTS follows the journey of Sora, an unknowing heir to a spectacular power. Sora is joined by Donald Duck and Goofy to stop an evil force known as the Heartless from invading and overtaking the universe. Sora, Donald, and Goofy unite with iconic Disney-Pixar characters old and new to overcome tremendous challenges and persevere against the darkness threatening their worlds. 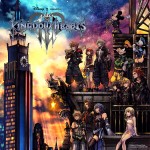 Kingdom Hearts III is rated 4.5 out of 5 by 1917.
Rated 4 out of 5 by BAMF559 from Kingdom Hearts III It's an amazing game with amazing art and music and a great story. I loved all of it. I'd recommend it to my friends 100%
Rated 2 out of 5 by Kayla T from Kingdom Hearts 3 review Good if youre looking for some nice nostalgic vibes but the game is confusing and sucks butt.
Rated 4 out of 5 by camojunkie86 from Power of the keyblade or chance to sell tickets? I have waited for this game for so long!!!! Been a huge fan since the beginning. Nothing I've loved more than playing through worlds with my favorite Disney characters. The story has always been a lil hard to keep up, but the game honestly sells itself. This addition almost felt the same to me and over all i enjoyed it. The only negative I found that I kept coming back to was I feel like they took to a cheesy level. Disney rides as weapons? The game basically plays itself and I feel the "gamer" vibe was removed so they could sell more tickets and movies. Overall a great play, just not the kingdom hearts i really remember.
Rated 5 out of 5 by Destinyawaitz from Kingdom of Hearts III I love this game. We had the demo version for a month before I bought the full game. It is so vivid, colorful and keeps me hooked on playing,
Rated 5 out of 5 by Bryce Armstrong from Brings me back to wgwn i was a kid Amazing game graphics are great and it's perfect if you have kids or younger siblings.i can log in at any point and always find something to do.
Rated 3 out of 5 by Emgb from A lot of cut scenes Too many cut scenes! You can skip them, but you won't get the story.
Rated 5 out of 5 by cronoasb07 from As good as you'd remember I haven't finished it yet but what a return to this universe it's a little slow to start but once it gets going it's hard to put down. Make sure you have alot of free time blocked out cause there is an extremely lonngg story to tell here and it's as crazy and convoluted as you remember if your someone who's played all the games not just the mainline games you will know whats happening. This is a great addition to anyones collection.
Rated 5 out of 5 by Natedoggie12 from Fun game Love the series

How many players can play Kingdom Hearts 3 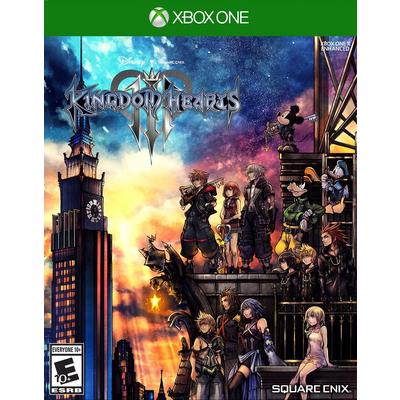