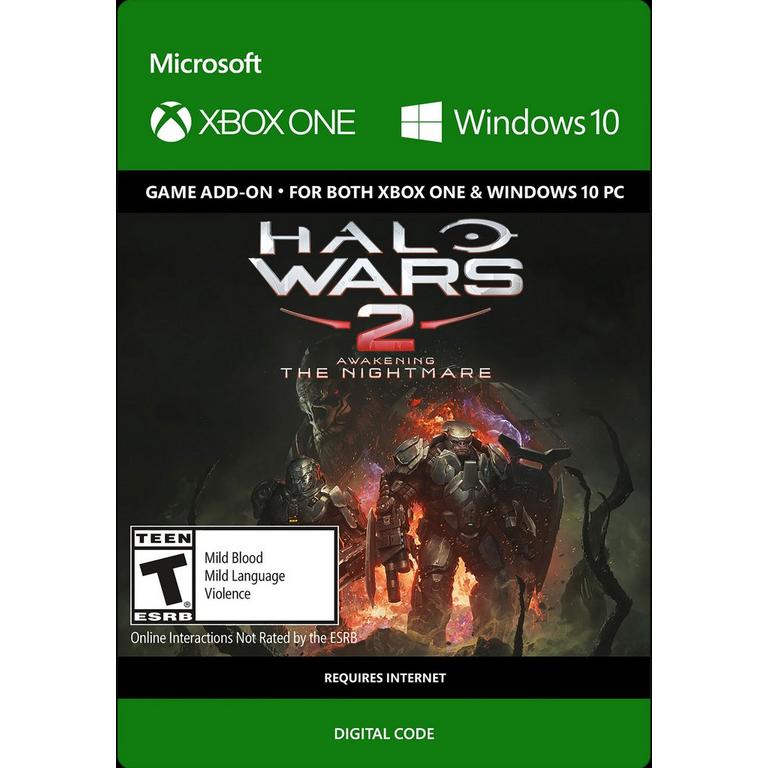 The Halo Wars 2: Awakening the Nightmare expansion brings a new perspective to the Halo Wars saga. Take over the Banished and their sophisticated weaponry in a new campaign against the Flood and expand your multiplayer arsenal with all-new leaders, units and maps to explore.
More Details Less Details

With the war for control of the Ark at an uneasy stalemate, Atriox seeks an advantage that will swing the pendulum back in his favor. His attempt to secure a tactical advantage against the UNSC results in a nightmare as the Flood – a virulent infection capable of wiping out all sentient life – are awakened. The struggle for the upper hand now becomes a struggle for survival as the Banished must use all their might and strategic intelligence to survive the Flood.

Play as the Banished

The dangerous infection known as the Flood has been awakened. This galactic threat requires new equipment and tactics to defeat.

March into multiplayer with new leaders, units and maps

Battle on new terrain with expanded armies of vehicles, troops and more*

Hold your ground in a new Firefight mode

A new base protection mode brings classic RTS gameplay to Firefight. Stay alive for as long as you can in the fight against waves of ruthless enemies

Halo Wars 2: Awakening the Nightmare is enhanced to deliver the best in true 4K gaming.*

Battle together online with friends with Xbox Live Gold.

Gaming on Xbox One is better with Xbox Live Gold. Join the greatest community of gamers on the most advanced multiplayer network. Get 2-4 free games every month, and save up to 50-75% in the Xbox Store.*

*Features and technical capabilities, including 4K and HDR, vary by console. 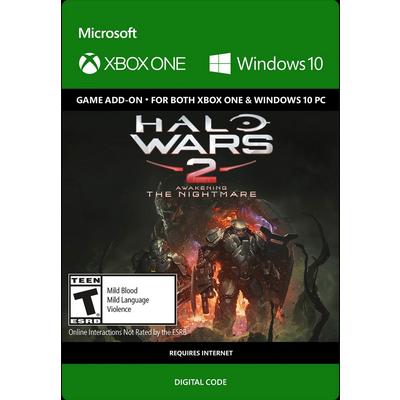