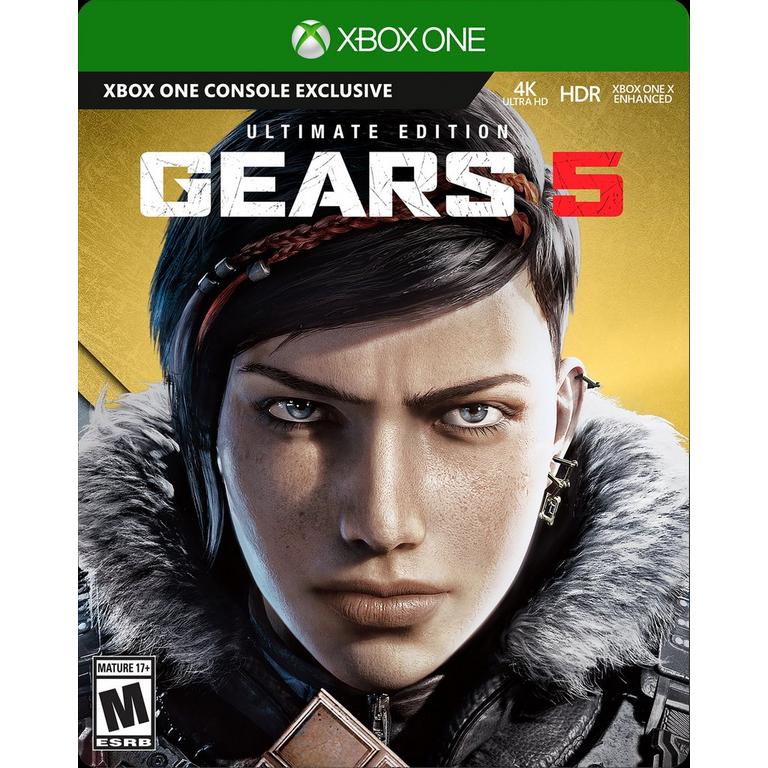 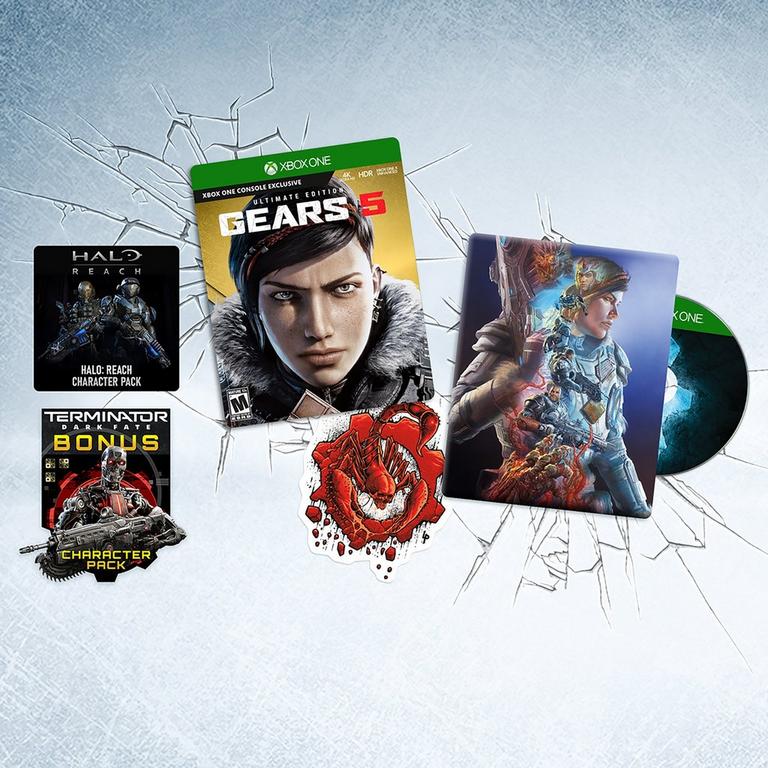 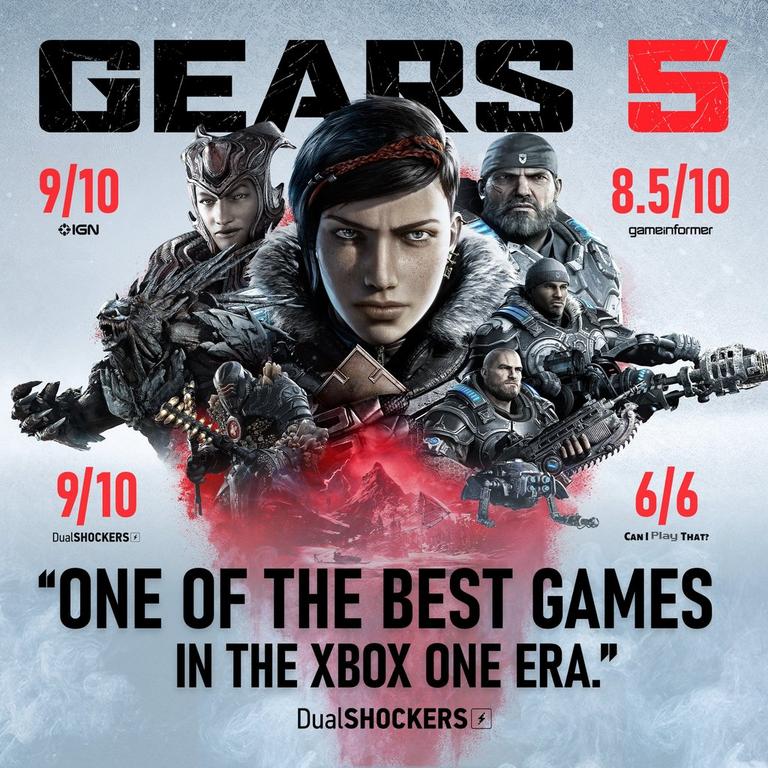 Purchase Gears 5 and receive the Terminator Dark Fate Character Pack, featuring Sarah Connor and the T-800 from the film.

*While Supplies Last. Not valid on Pre-owned.

Online Customers: Code will be packed with your game.

Store Customers: Code will be packed with your game.

From one of gaming's most acclaimed sagas, Gears is bigger than ever, with five thrilling modes and the deepest campaign yet. With all-out war descending, Kait Diaz breaks away to uncover her connection to the enemy and discovers the true danger to Sera - herself.
More Details Less Details 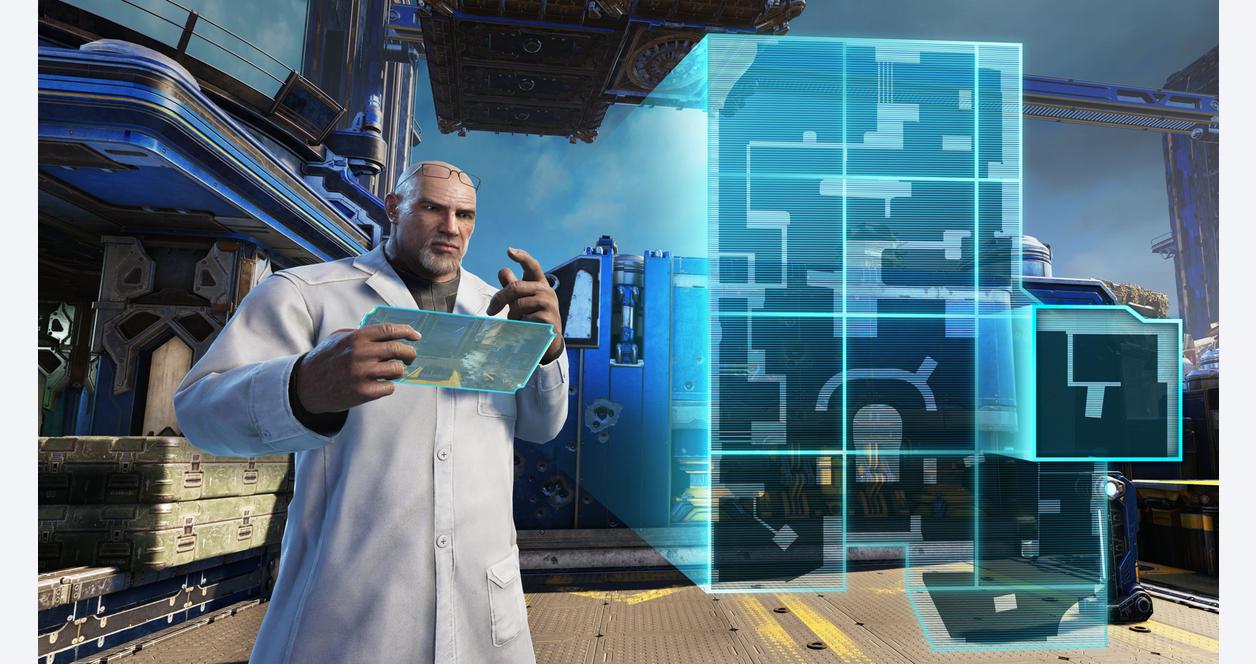 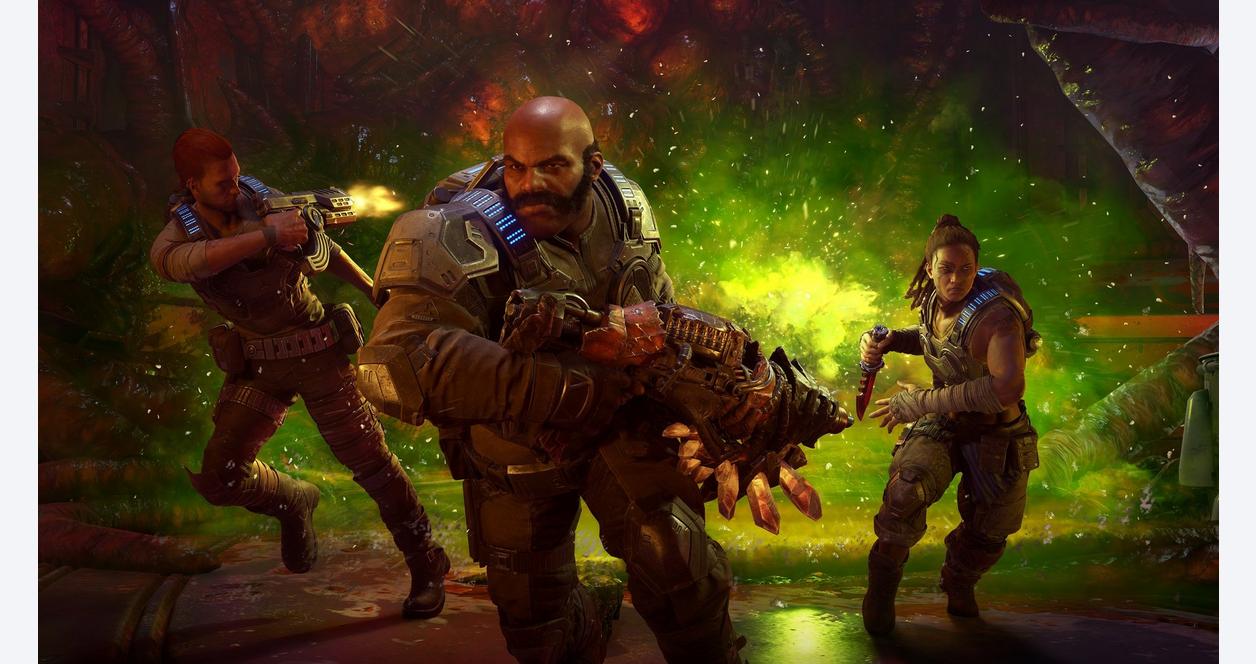 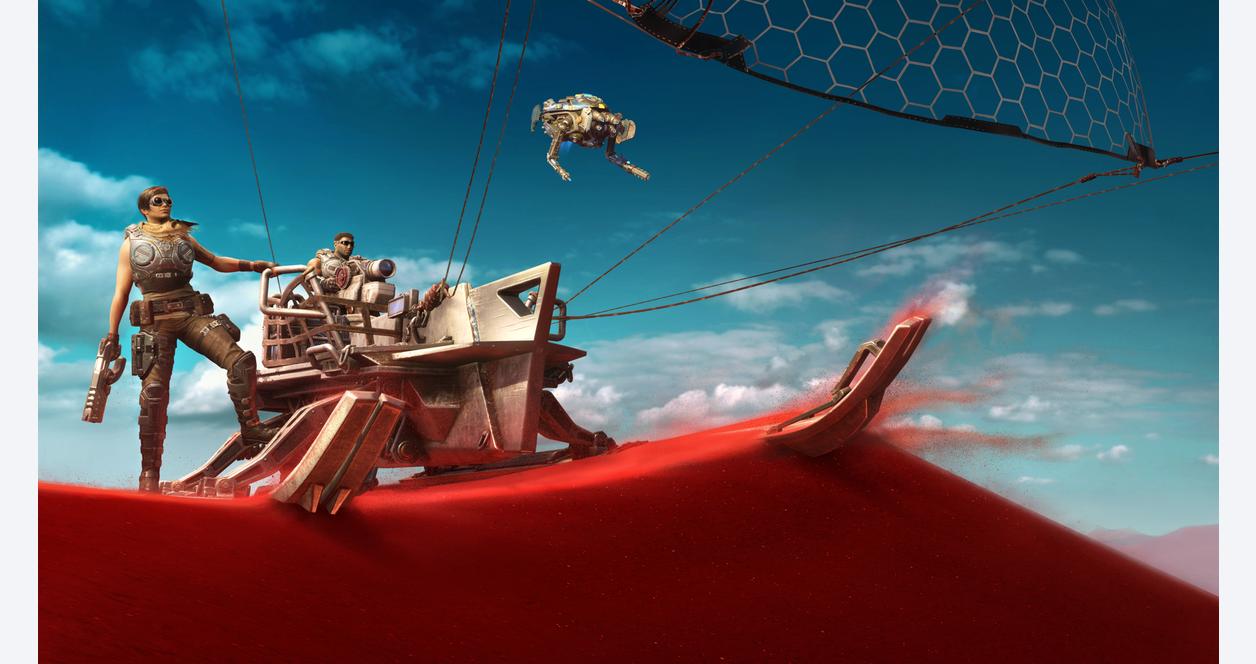 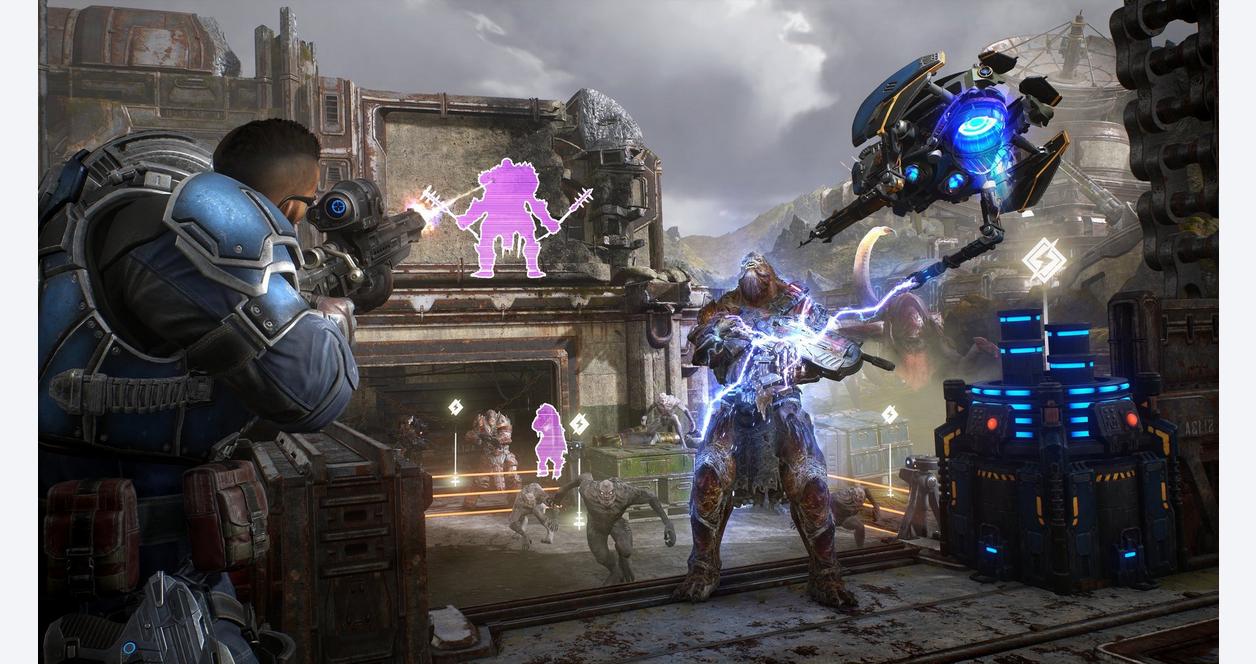 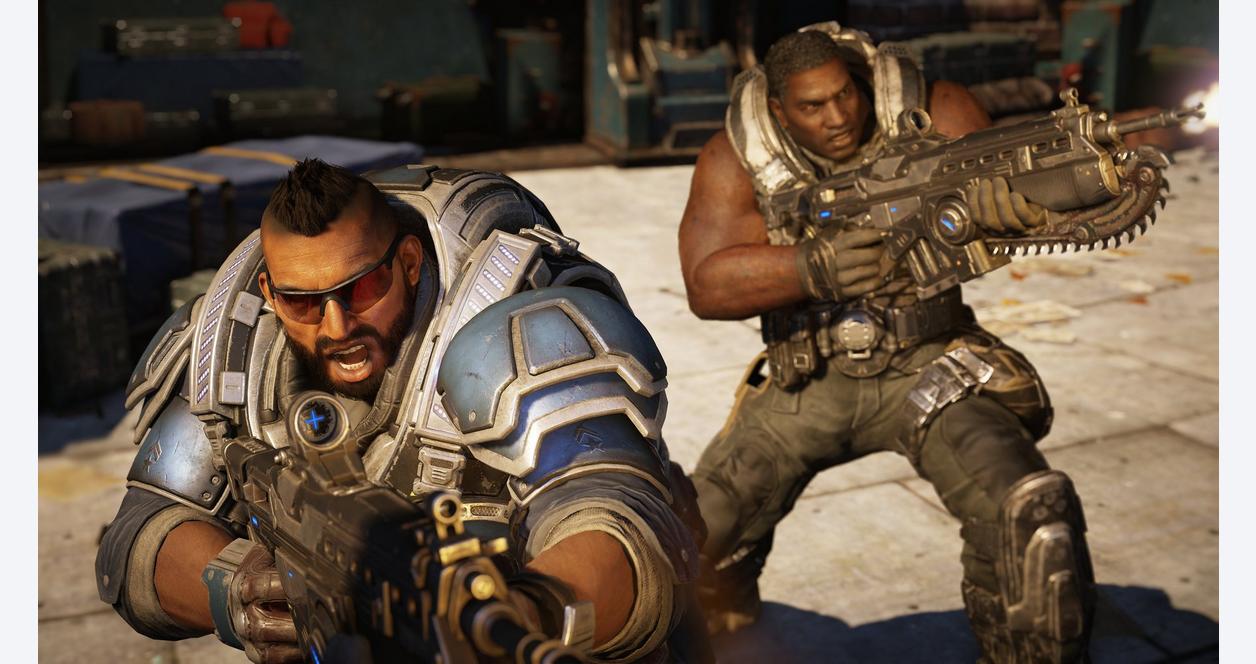 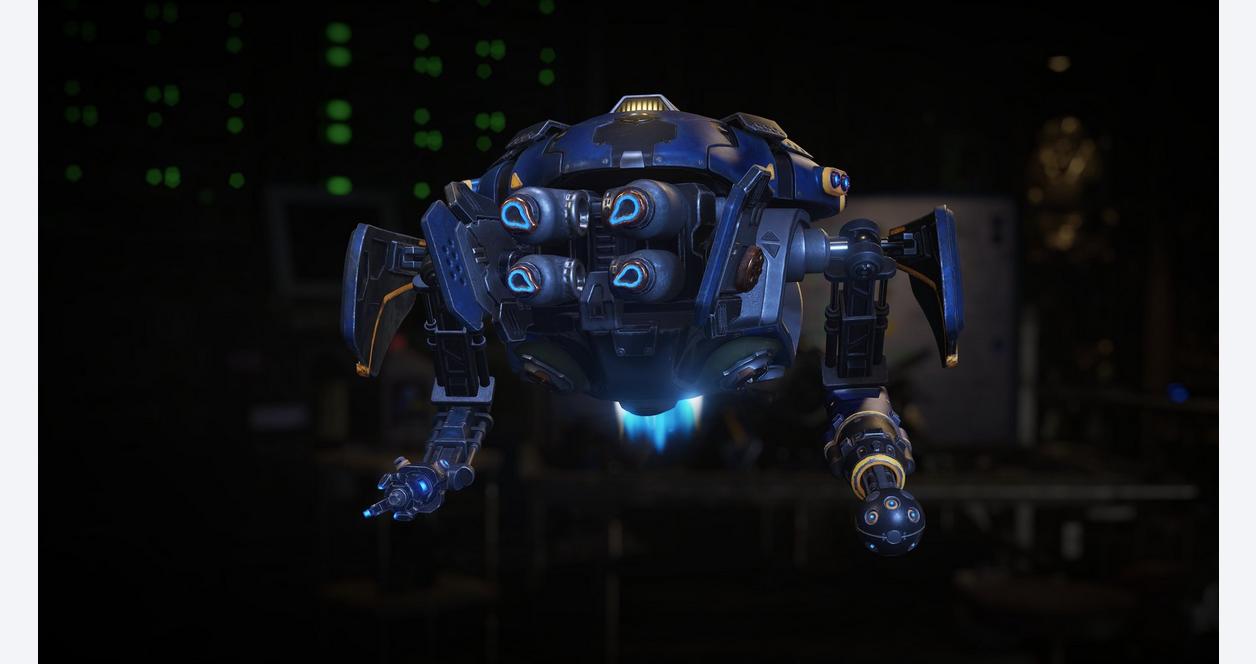 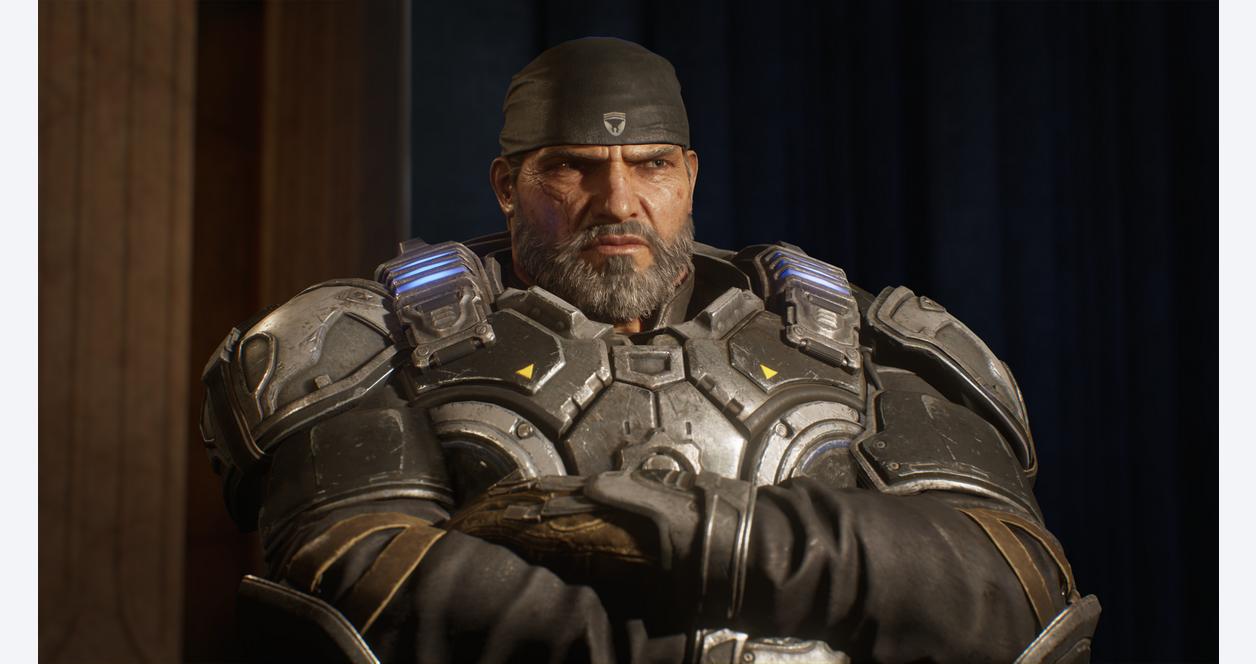 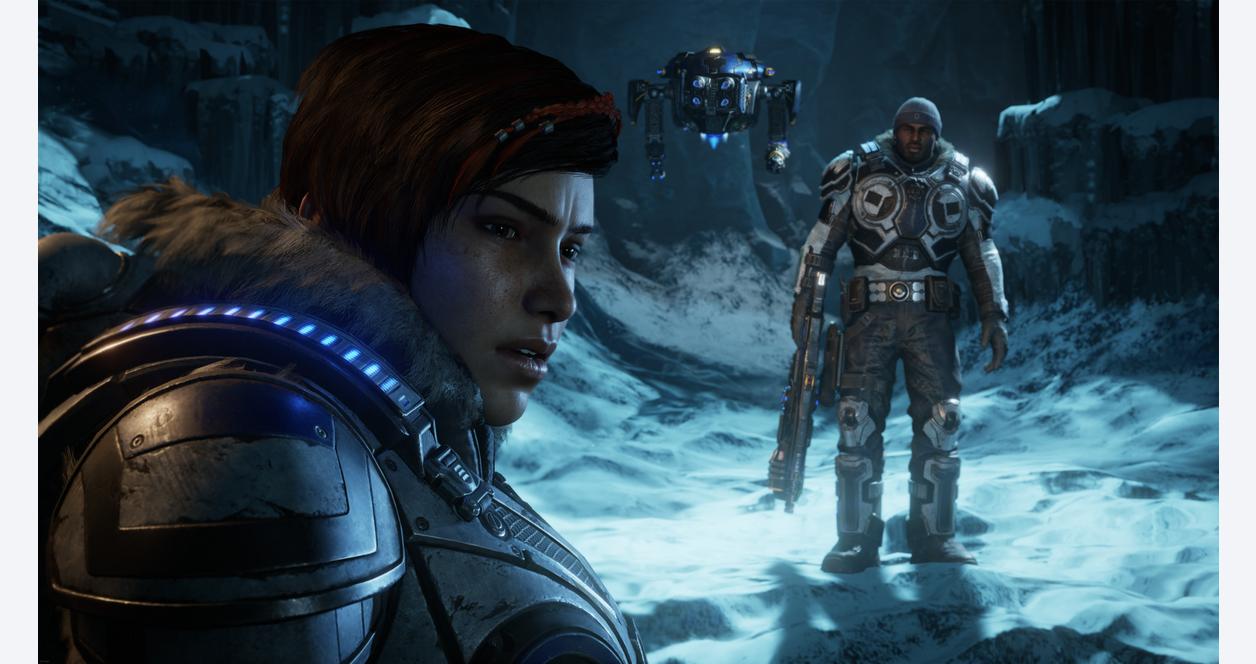 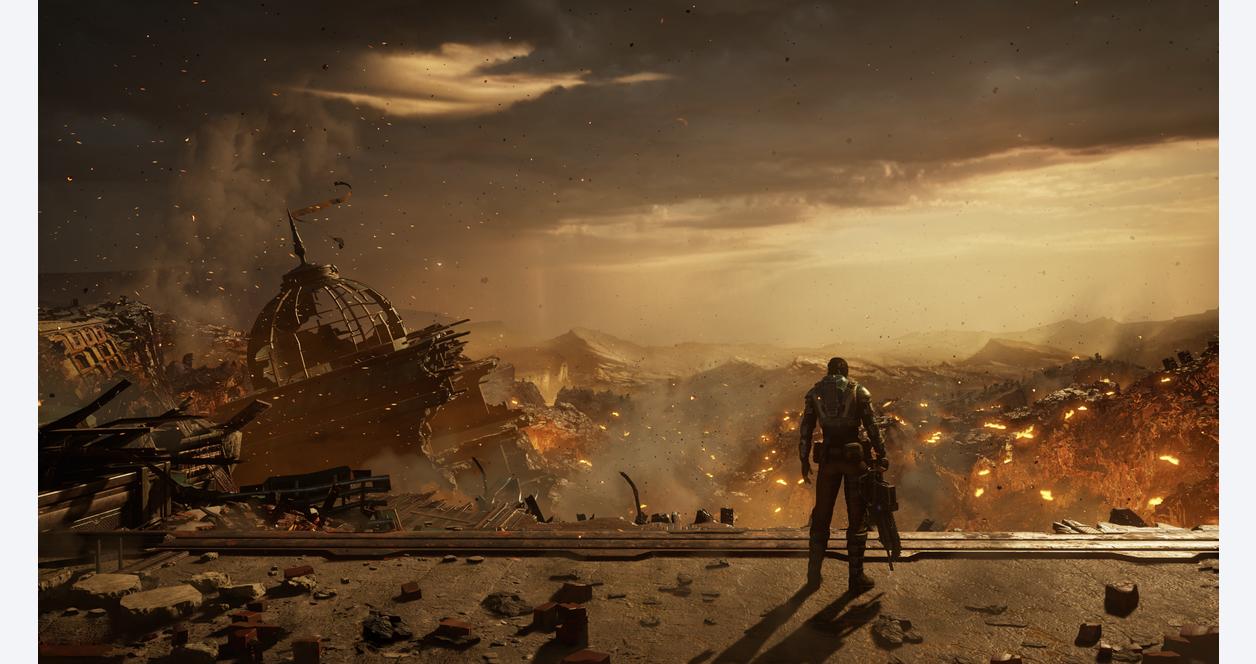 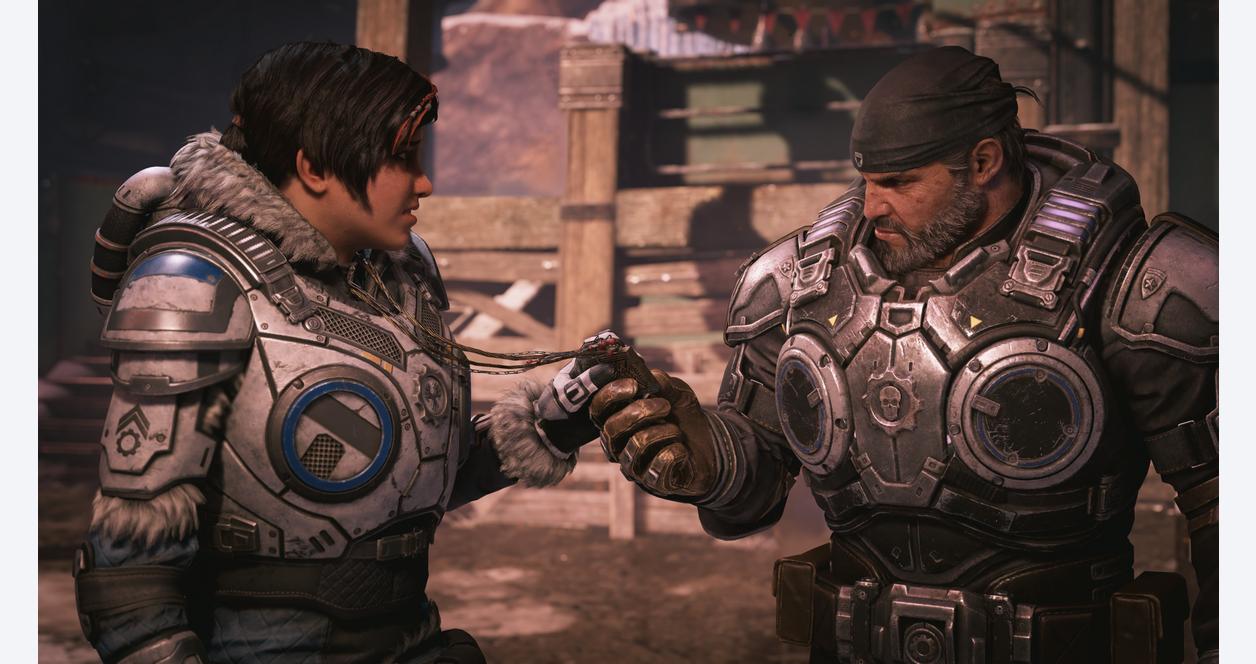 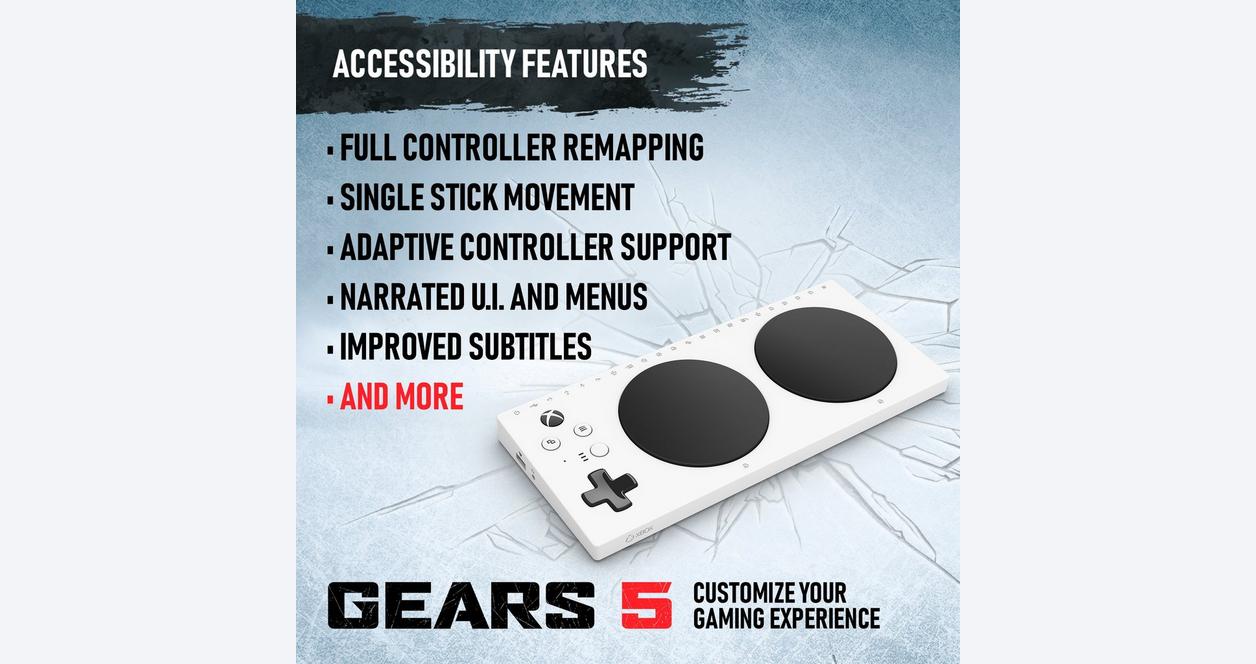 The Gears of War series has been uncompromising in its apocalyptic vision, holding the line with the same cover-based shooting, gruff armor-clad heroes, and wealth of multiplayer modes in all of its installments. You know exactly what you are getting from each game, and that’s a great thing. Gears 5 continues this tradition, and is every bit as fun as it is familiar. The gunplay feels somewhat antiquated, especially when the Lancer’s chainsaw roars to life again, but that doesn’t stop The Coalition from delivering some of the series’ biggest and most intense firefights. When the conflicts escalate, look out – Gears has never been better.

More of the Gears you know, but done up in big and dramatic ways. The open-world sequences don’t work, but making the robot helper more useful is a game-changer

That larger-than-life body armor is the same, but the lighting and atmospheric conditions are eye-popping

Along with familiar character voices returning, the new characters are beautifully brought to life by their actors

The gunplay and cover mechanics remain exceptional, but the vehicular segments just don’t deliver much excitement

Gears 5 delivers plenty of excitement in its encounters and story, and offers nearly endless thrills in its excellently crafted multiplayer experiences

Gears 5 Ultimate Edition is rated 4.6 out of 5 by 1044.
Rated 3 out of 5 by Anon876 from Gears 5 Campaign Glitch Great gameplay and mechanics. However there are WAY too many glitches in campaign/story mode. Had to restart a few times just to get through a few of the chapters.
Rated 5 out of 5 by LEVIATHAN360475 from Boss fights Pretty awesome. I like the boss fights. Probably nothing that you don’t already know.
Rated 5 out of 5 by Powerhouse1 from This game is great!!! If you have played any of the Gears series games, you will love the latest installment. It’s very enjoyable.
Rated 5 out of 5 by Shepard1957 from Gears 5 I have always enjoyed playing the Gears saga games.Gears 5 has been a blast to play.
Rated 2 out of 5 by Mr Motomo from Not Gears of War This is not GoW. Without Marcus Fenix as the playable character this is a pale comparison to the 3 original games. Of course, the graphics are top notch, but the story is nothing special. It would have been better had this game been set in another universe and packaged with a different title.
Rated 5 out of 5 by RiotGRRLBarbie from Exciting fun If you love the Gears franchise you'll love this game.
Rated 5 out of 5 by SilentCurt from Overall wonderful game. This game franchise has an outstanding storyline and gameplay to match it. Take the time to actually understand the story, and relationships between the characters and I’ll guarantee you that you’ll go out of the way to even get the books the story writers worked so hard to publish along side and between each game. The game play is also very addicting. So many people still continue to play the older games and many more on the more recent. Gears 5 adds more to the amazing story and keeps the overall game play on an outstanding level.
Rated 5 out of 5 by Wulf777 from Another great addition to series Great story and gameplay like always. Another great game for the series.

Does this game come with the terminator pack code

Does this come with the halo character pack?&nbsp;

Asked by: Stevie95
Yes, the Halo: Reach Character Pack is included as part of Gears 5 Ultimate Edition on Xbox One, Windows 10 and Steam, and with Xbox Game Pass Ultimate.
Answered by: MicrosoftOutreachTeam 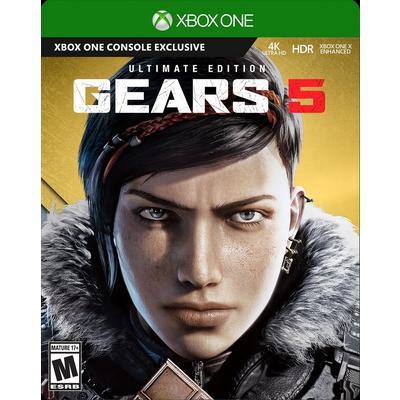