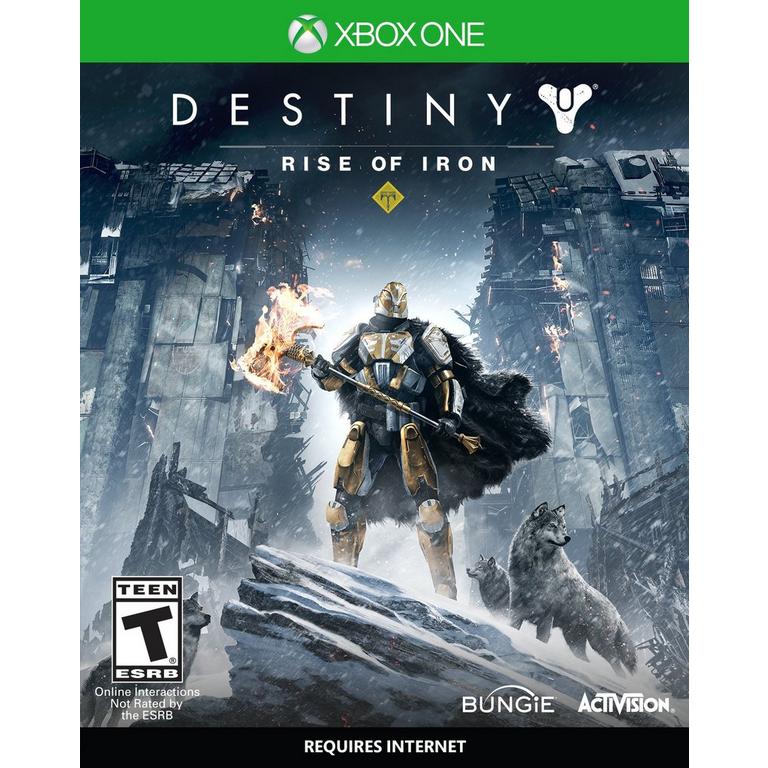 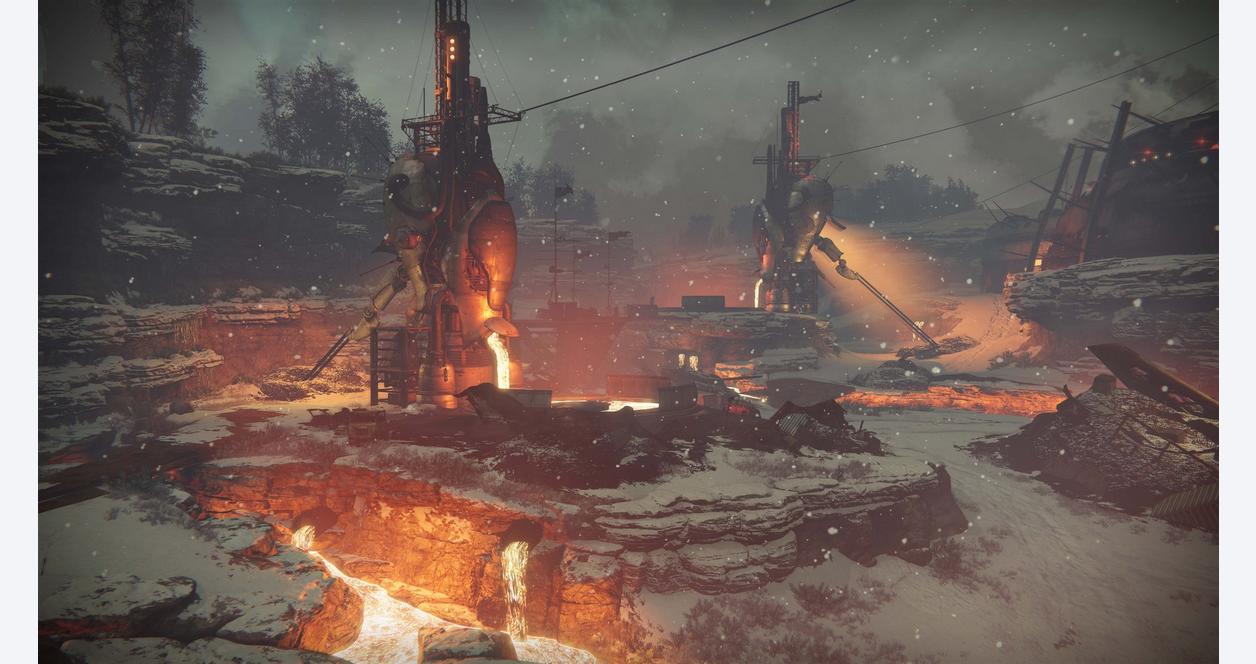 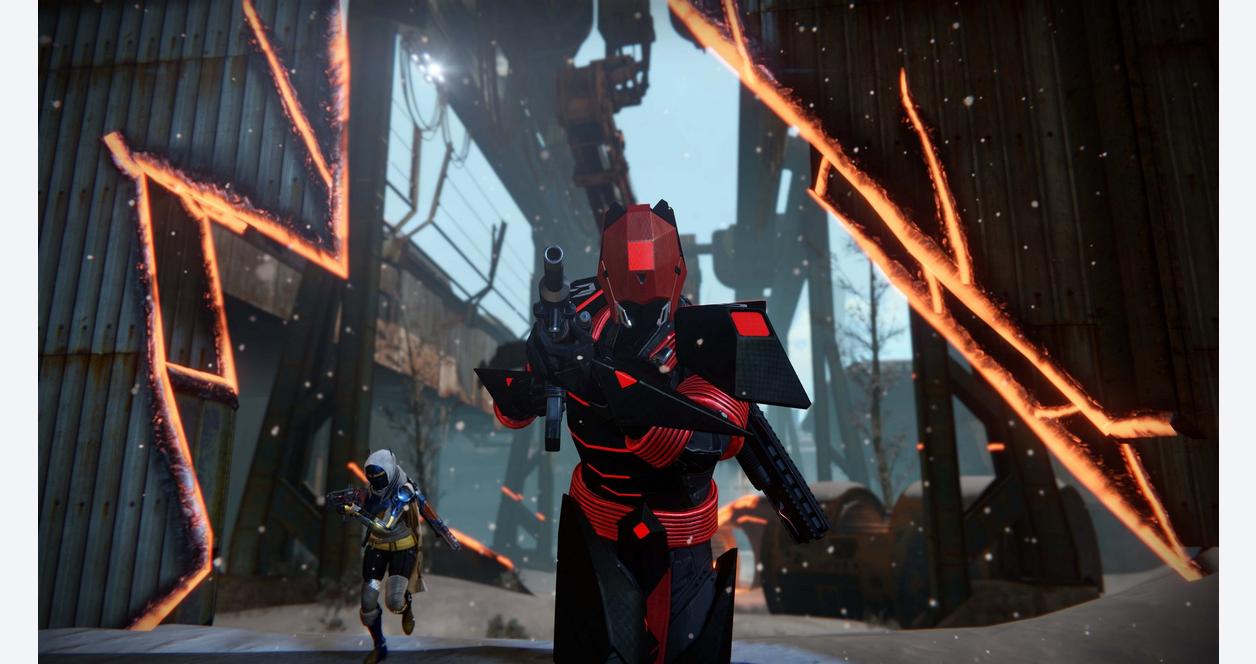 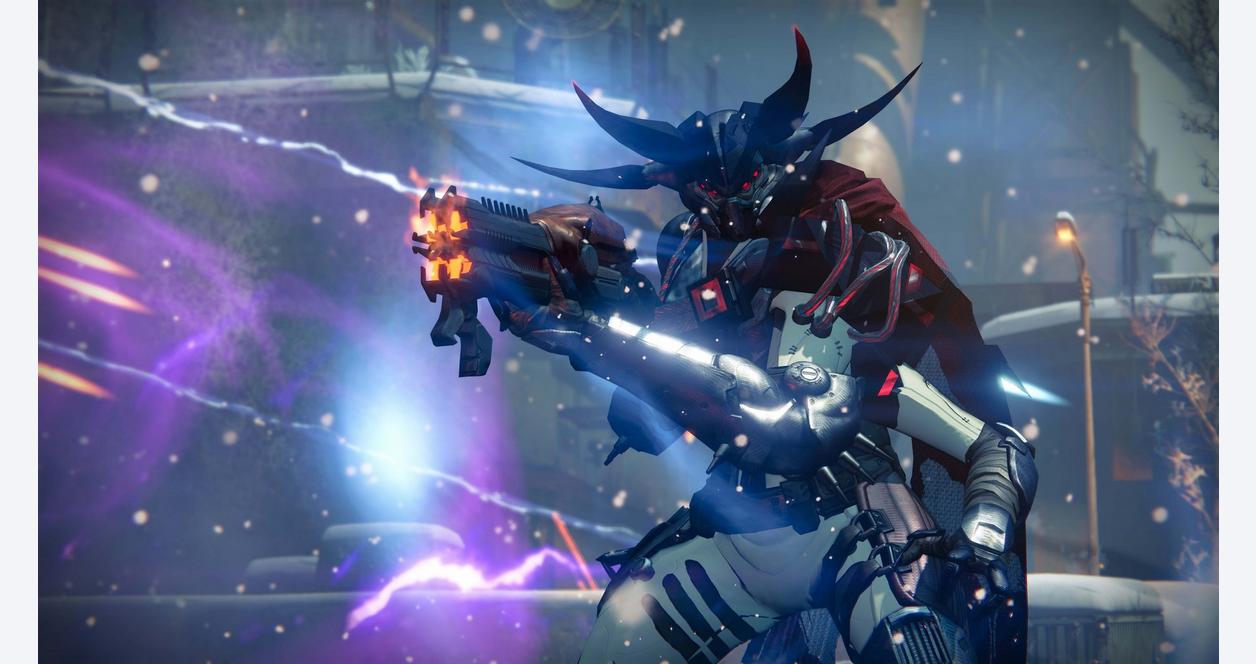 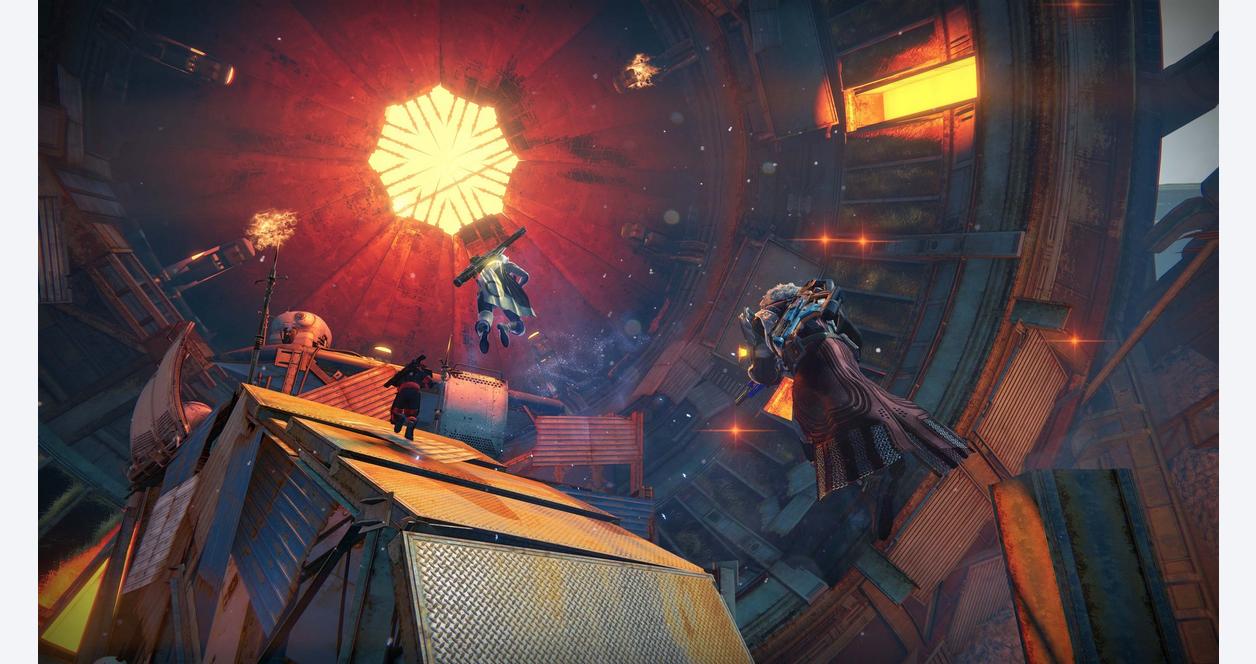 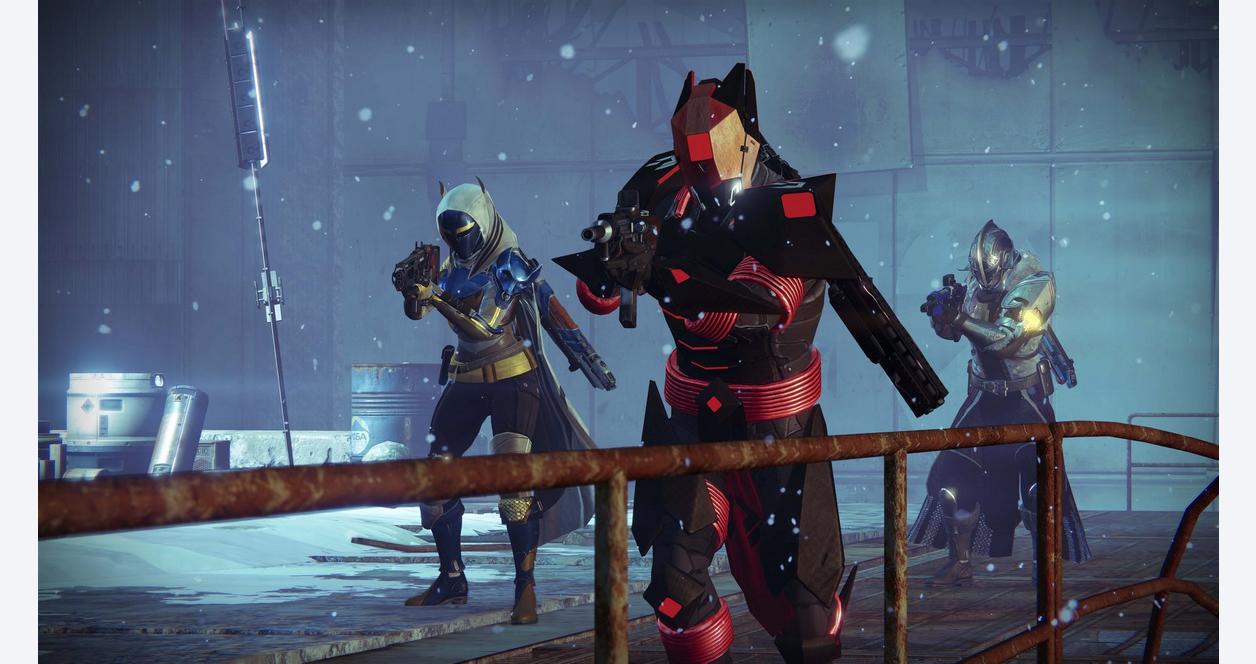 Price shown is for currency to be used in your Microsoft account. Sales tax is not included. At redemption, state and local taxes may apply based on the address of the Microsoft account of the redeeming party.

Evolution And Expansion Over Reinvention

Destiny remains an alluring artistic success, though some of this new content is refurbished from existing areas and objects

Rise of Iron has a stellar score, with triumphant battle hymns and wistful laments

The latest balance patch continues to tweak the sandbox; shotguns and other short-range tactics currently rule the roost in Crucible

With each expansion, Destiny grows in depth and replayability; Rise of Iron focuses on player choice in what each individual might enjoy

Any new expansion to Destiny must enrich an already-complex play environment, while simultaneously introducing activities that meet the desires of longtime players and curious new Guardians. Rise of Iron confronts these goals head-on, and while a few problems crop up, it is an admirable success in its own right. More importantly, it continues to evolve Bungie's grand epic and provides an integrated experience of competitive and cooperative shooting unmatched in the current gaming landscape.

The early days of Destiny hinted at an Arthurian order of knights that predate the player heroes, and Rise of Iron finally pulls back the curtain on that legend. Situated on a suitably lofty social space atop a wolf-inhabited mountain, the stoic Lord Saladin is a lonely survivor of those days, and he takes center stage as players confront the danger that once destroyed the mighty Iron Lords. The campaign that follows is tight and personal, focused on nostalgia and honor. The setup is solid, but the core story feels abbreviated; you're just getting to know Saladin and picking up speed as the five-mission storyline comes to a close.

You can find additional meat in a few excellent weapon quests, including a thrilling reforging of the epic Gjallarhorn. I'm also enthusiastic about the new artifact system, which offers new collectibles and reshapes the most boring inventory slot in the game into one of the most flexible, adding options like unlimited sprint or eliminating damage over time effects.

The wall which stood for centuries along the southern border of Old Russia has collapsed, a battle-scorched reminder that our enemies still seek to destroy us all. Fallen mutants now scavenge the tombs of the Golden Age, and the plague they have unearthed in the wastes is more dangerous than even they understand. Join Lord Saladin. Journey into the Plaguelands. Learn the fate of the Iron Lords and stop the growing threat before it is too late.

Destiny: Rise of Iron is the next highly anticipated expansion to the Destiny universe. It features an all new cinematic story campaign set within The Plaguelands, a brand new location on Earth. Under the command of Lord Saladin you will face a new faction of Fallen Devils, the Splicers, while unravelling the mystery of the Iron Lords. Rise of Iron features new weapons, armor, and gear, as well as a new cooperative three-player Strike, a new mode and maps for the Crucible competitive multiplayer, and an all new six-player cooperative Raid.

Destiny Rise of Iron is rated 2.3 out of 5 by 36.
Rated 1 out of 5 by Financially Inept from THE TAKEN KING NEEDS TO BE PURCHASED BEFOREHAND Okay, so I bought this thinking that I could play or, at the very least, merely have this purchased but unplayable until I get The Taken King. However, I was wrong. 1) When you purchase this, you will only receive a code for $30.00 in Microsoft account credits (which isn't enough to also cover tax). 2) There is absolutely no way you can purchase this DLC on the Microsoft store without purchasing The Taken King first. Before you purchase The Taken King, your only purchasing options for this DLC are to either enter a code (which tricks you into purchasing this before you learn that this is only a code for Microsoft store credits and not an actual game code) or to purchase The Collection (which makes already having a physical copy of Destiny pointless). Do NOT buy this unless you just wanna burn through some gamestop gift cards AND your Microsoft account balance / other purchase methods can cover the tax.
Rated 5 out of 5 by JamesNick from READ BEFORE BUYING This is actually a 30$ Microsoft Gift Card, But everyone is saying that you cannot buy rise of iron by itself, here’s my advice, launch Destiny, ( must own all 3 expansions before so ) press the ROI logo next to Earth and press REEDEM CODE, then enter the code and BAM you got Rise Of Iron.
Rated 1 out of 5 by Ksitornado from Not even what I purchased I bought this and didn't even get what I wanted and bought.
Rated 5 out of 5 by Clu77 from Game is Awesome Game is awesome. If you haven't played it you are missing out.
Rated 5 out of 5 by Gr8Lion from Great game It was action packed, really fun, and got some cool weapons
Rated 1 out of 5 by Timndj from Its the worst pvp playing game ive ever experienced. Shots dont register half the time whenever im playing and i could shoot someone first and they would still kill me. All the nerfs and buffs really messed this game over if they would've left it like year 1 the game would be so much better
Rated 1 out of 5 by Angrymom98765 from This is a $30 Microsoft gift card You can no longer buy Rise of Iron expansion for $30. You have to pay $60 for the bundle. If you buy this, you will be disappointed, because not even Microsoft can help you with the work around.
Rated 5 out of 5 by ReadBeforeBuying from READ BEFORE BUYING This purchase will add $30 to your microsoft account which is true BUT even though it is not on the xbox store for $30 if you go into destiny, join a friend's fireteam (they have to have rise of iron) and ask them to take you to a rise of iron location, you will be prompted with a screen saying you nned rise of iron to access and will be able to buy it for $29.99 :) give a thumbs up so people who are confused will understand!

Is this the game with extension or just extension

Asked by: Jwill10
Thank you for your question! This download requires Destiny game and The Taken King (includes Expansions I &amp; II). This download is only for the Rise of Iron expansion.
Answered by: GameStopTeam23 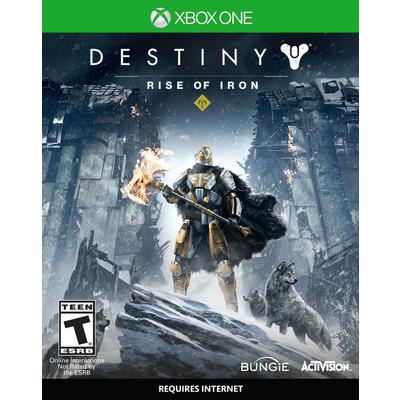