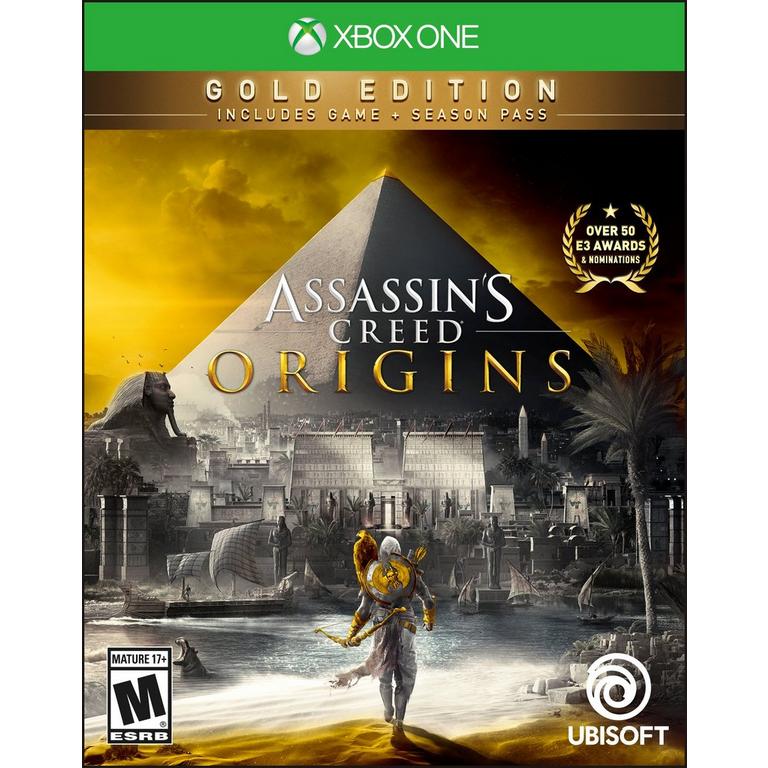 Assassin's Creed® Origins is a new beginning. Explore the Great Pyramids and hidden tombs across ancient Egypt. Experience thrilling quests and take on epic enemies as you pursue your ultimate goal: to discover the origin story of the Assassin's Brotherhood.
More Details Less Details

Keeping The Faith By Questioning It

Though Assassin's Creed has experimented with tower defense, grappling hooks, and naval combat over the years, it isn't always quick to evolve. Changes to mission design, combat, and exploration are staggered across separate entries, which dulls the impact of any one change. With an extra year of development to question what makes the franchise great, Assassin's Creed Origins implements sweeping changes in every department, reworking or cutting worn-out features and building new ones in their place. These changes come with some growing pains, but result in one of the largest, most open-ended entries in the series.

Revamp the most outdated aspects of Assassin's Creed while introducing the series' most sprawling, beautiful locale yet

Egypt's deserts, canyons, and oasis towns look -gorgeous. Some framerate slowdowns occur during cutscenes, however, as well as a few hitches lasting for as long as three seconds

The sound design is as sharp as ever, from the sword clangs of combat to the bustling cities

Combat and stealth see some welcome improvements, and the larger world serves the series' sense of exploration well

Assassins Creed Origins Gold Edition is rated 5.0 out of 5 by 5.
Rated 5 out of 5 by BDC11 from AMAZING !!! I am a big AC black flag fan, but ubisoft really reached the top with Origins. Would highly recommend this one for gamers who like good action, good story line and all over gameplay. Really a must play. Keep up the good work ubisoft. :-)))
Rated 5 out of 5 by Josh405 from Great game About this game about three weeks ago and I am 85 percent of the way through it and I have completed the main storyline most the time when I complete the main storyline I just want to quit a game but I am still playing because I want to beat every achievement this is by far the best assassins creed game they have ever made. I really like the way they changed the fighting style and then that also that you don’t have to do the main quests you can Do that at your own pleasure
Rated 5 out of 5 by rxb5sith68 from Lots to do in great location. I bought this about 2 weeks ago and I can't stop playing it. This is my first real Assassins Creed game and I love it, will also collect and play the rest of the series.
Rated 5 out of 5 by MemeLord2O2O from It is verry worth buying, reminds me allot of farcry, there have been a couple good ACs and allot of bad ones. This is a good one. Graphics are good, gamplay is good, replay value is better than most ACs because of upcoming DLC's we are expecting but is still a solo game that has a definite ending.
Rated 5 out of 5 by ArkyGamescast from OH My Gosh! This is Shockingly Amazing So ive been one of the AC fans that fell of during the Unity Ara. And have mised this franchise deeply. And am i shocked at the advancements that have been implimented in AC Origins. Its shockingly on of the best titles in the franchise by a long shot. They took Ac Black Flags mass appeal and doubled down on the importance of keeping immersive and action packed gameplay like they did with Black Flag. The game world is stunning and the art direction is A tier at best. And the greatest this about Origins is the experience. So much polish with the movement and the charcters actions feel like they have weight behind them. Did i metion you can climb every rock face and mountain in the game. Ive been impressed over and over again with this entry and cannot wait for the DLC's to launch. Outstanding Work Ubisoft!

Which version offers the best experience?

Asked by: Elkins18
I would say go for deluxe edition because all you get more from gold is the season pass
Answered by: AssassinsCreedPro

After I buy this will the download code be immediately given to me, and if so how will I go about downloading the game via code?&nbsp;

Asked by: Gamergirlxd
if on xbox go to store. then redeem code
Answered by: Razziano 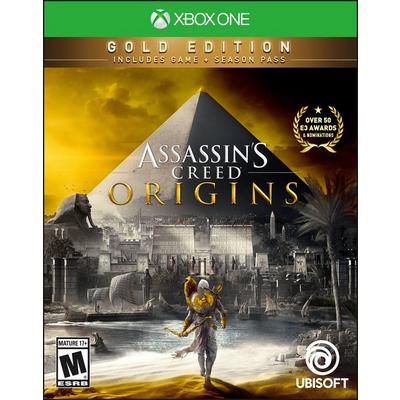