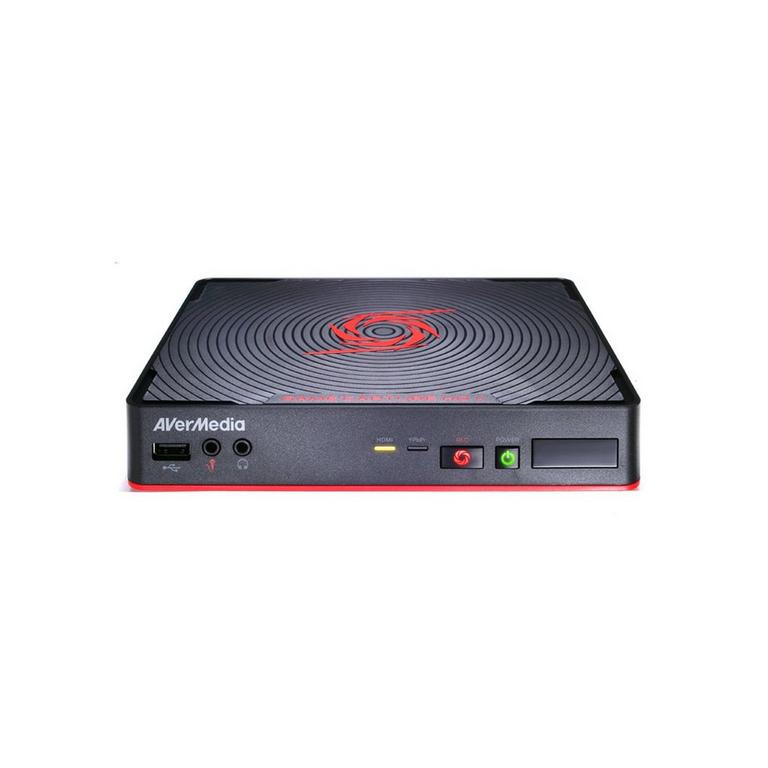 Capture, Edit & Upload, Your ConsoleMate for Gaming AdventureWe all have epic moments to be remembered: a legendary match, a turnover battle, or a funnyspeed run. Game Capture HD II is the best ConsoleMate that helps you collect in-game scenes.Simply hook it up to your game console and the HDTV, recording 1080p real-time gameplay isjust one press away. Guess what, you don't even need a PC for that!
More Details Less Details

Game Capture HD II supports both HDMI and component connections, which work with Xbox One and 360, PlayStation3 and 4*, and Wii U. Its HDMI video pass-thru guarantees you the full HD gaming experience. With Game Capture HD II, you can pause and resume while recording if you decide to skip a few footages. For those who want to preserve a specific moment, just take a snapshot while gaming or playing back.

*Upgrade your PS4 firmware (version 1.7 or later) to record gameplay over HDMI.

Simply plug in the microphone and put on the headphone, you can add live commentary when recording the gameplay! Game Capture HD II lets you adjust the voice volume before start recording. It surely saves you from the hassle of post-production.

Imagine editing the videos without a computer! Game Capture HD II comes with built-in video editor, allowing multiple video trimming directly on your TV. All you have to do is select and remove unwanted parts from a clip. Video editing can never be easier.

Want to share your footages? We've got it covered. Game Capture HD II enables direct connection to your YouTube account and lets you share the gameplay straight from the box. Now you can effortlessly prove yourself with high quality footages.

Accelerate your recorded gameplay with Fast Motion Recording, which speeds up your footage from its regular rate. Bypass duller moments and make your clip more thrilling by quickening it from 10 seconds to 5!(Available with upcoming firmware release!)

Stop recording at any time to skip unwanted frames, and upon resuming, the clip will continue to record from the same spot. This gives users the freedom to decide their content!(Available with upcoming firmware release!)

With your set-top box ready to go, connect Game Capture HD II to the channel of your favorite show and let it take care of recording the content as scheduled!(Available with upcoming firmware release!)

The Red Dot Award-winning GameMate is the iOS/Android App designed for Game Capture HD II. Upon pairing up with Game Capture HD II, it turns your smartphone into an additional monitor for checking recording status and remaining hard drive space. It also serves as another remote control for recording, snapshot, playback, and file management. Moreover, GameMate supports video sharing on YouTube and photo posting on Facebook. It certainly extends what Game Capture HD II can do.