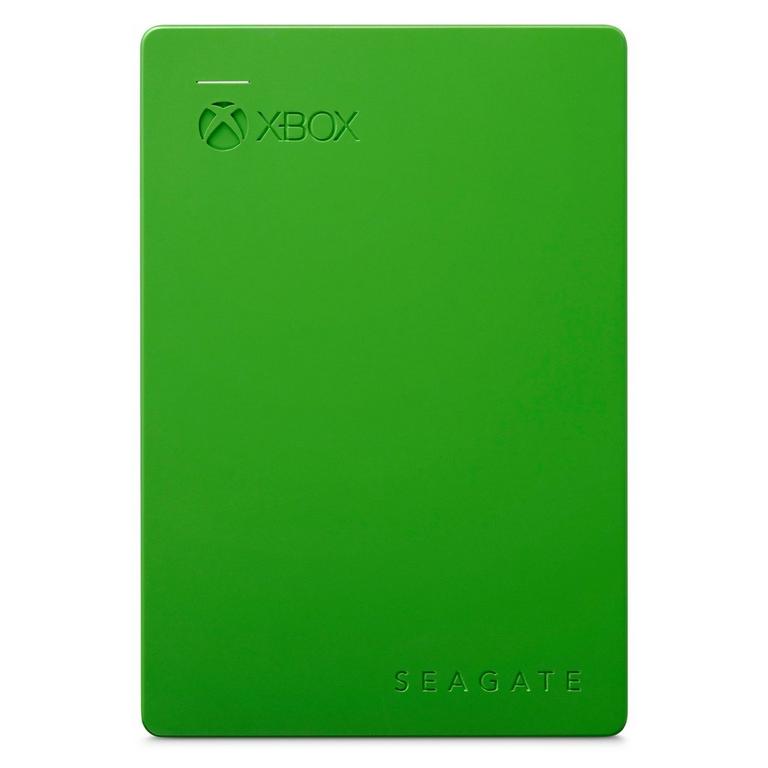 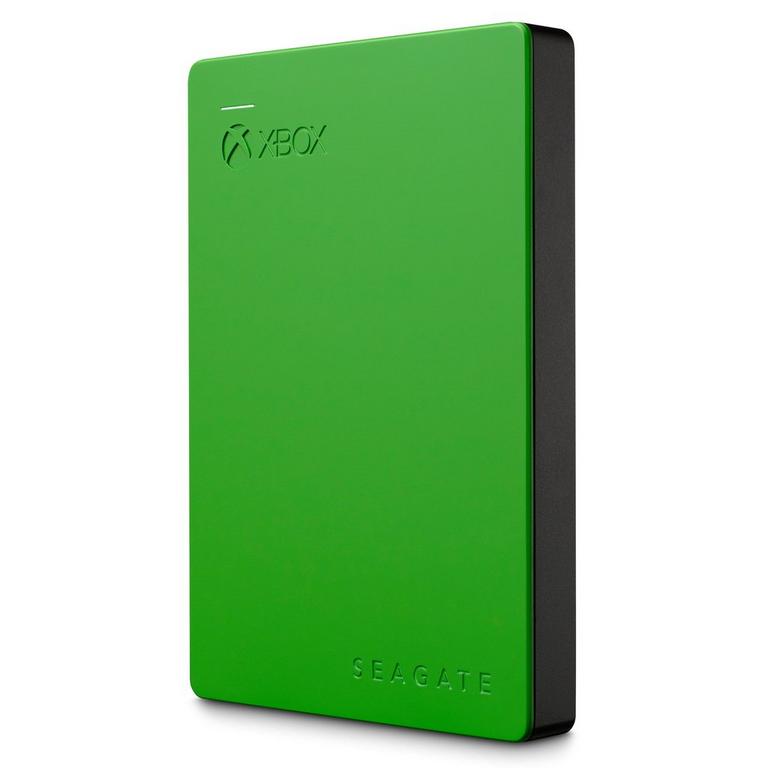 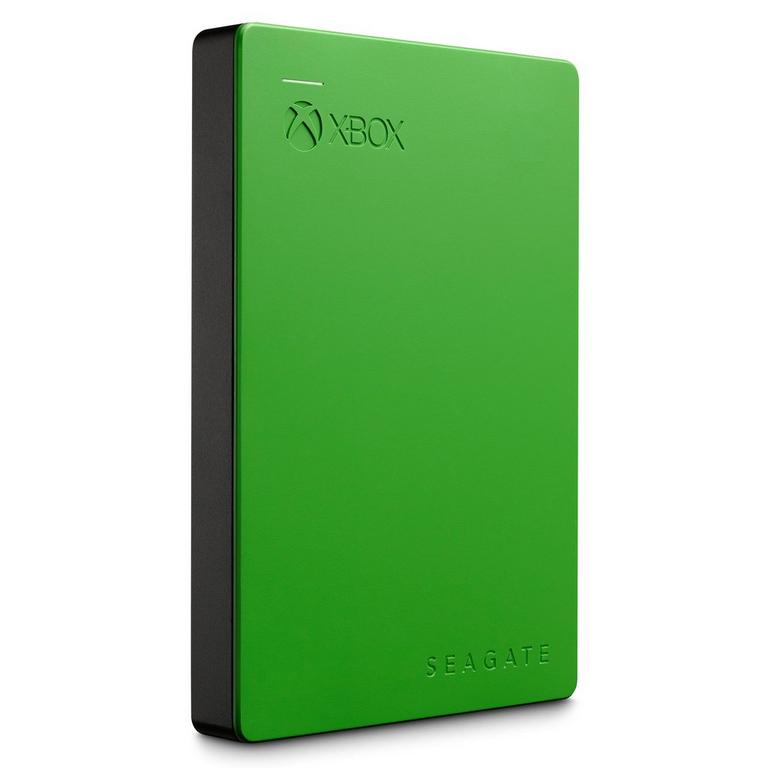 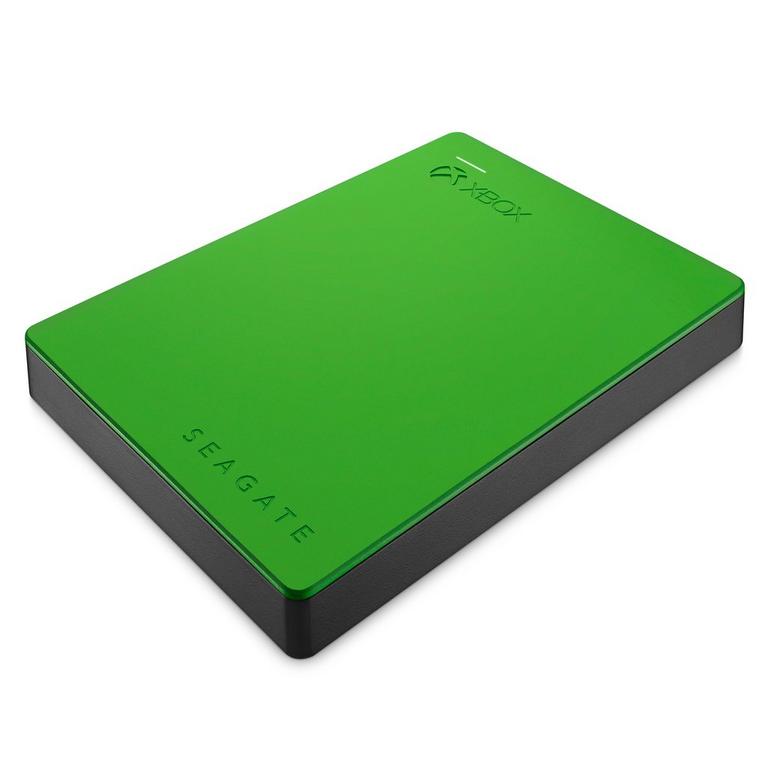 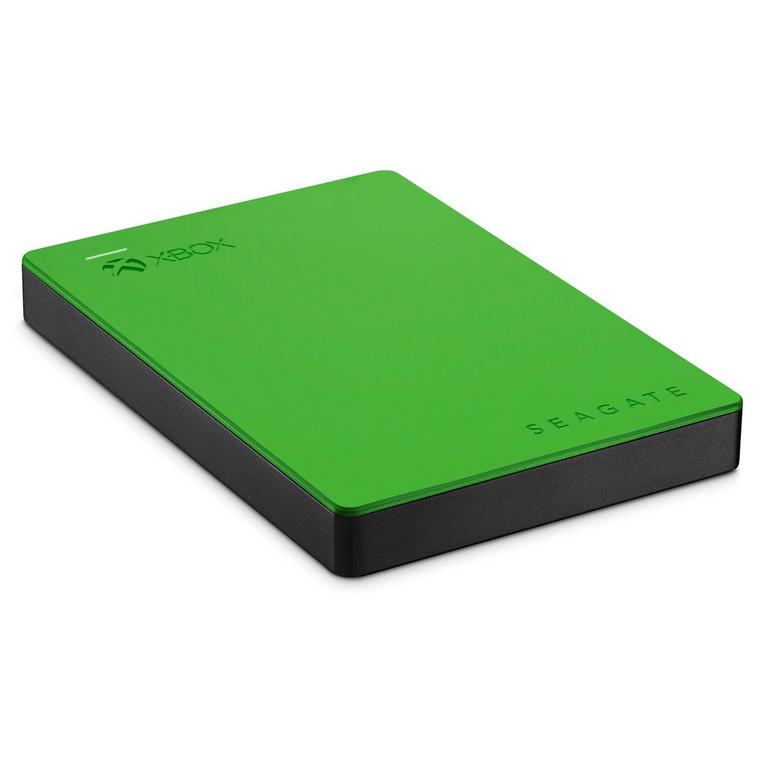 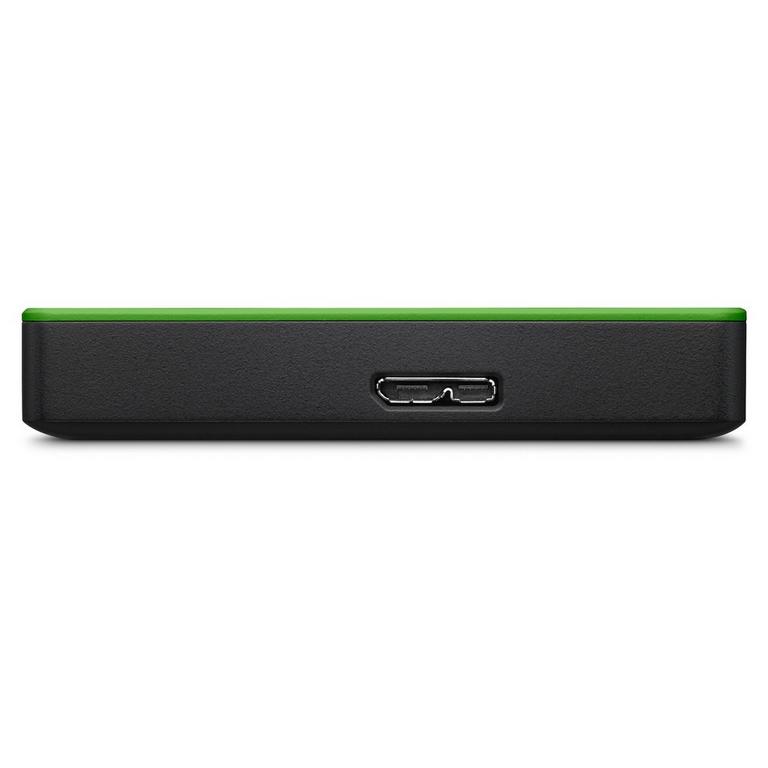 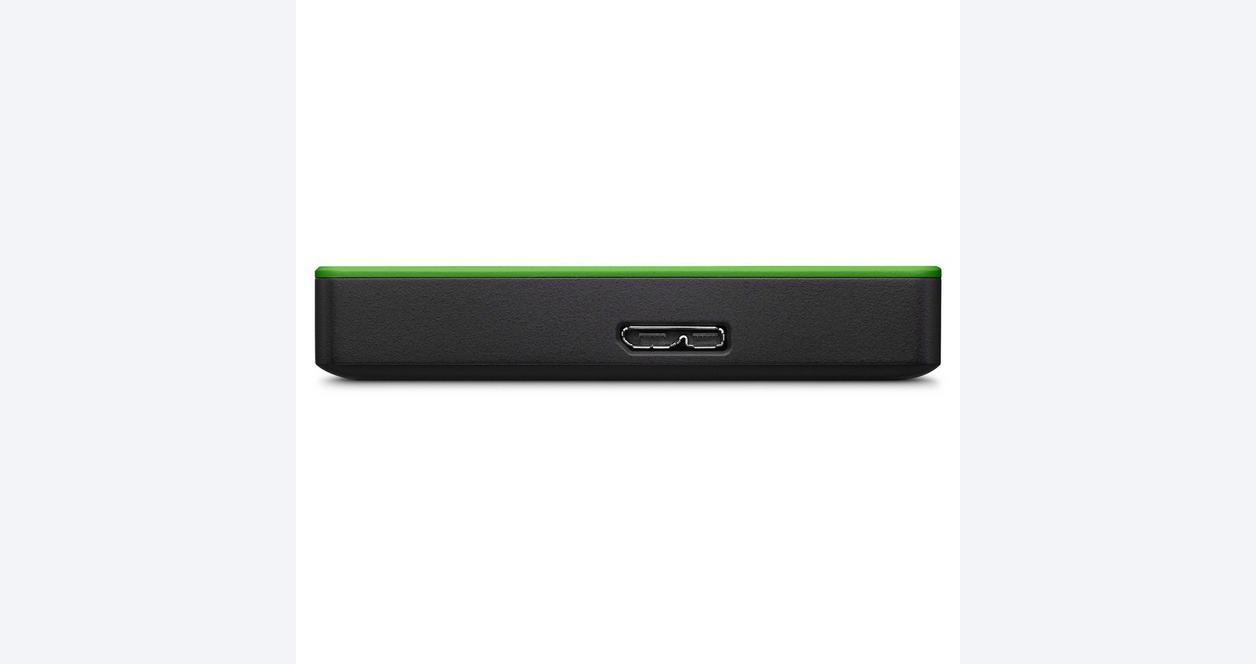 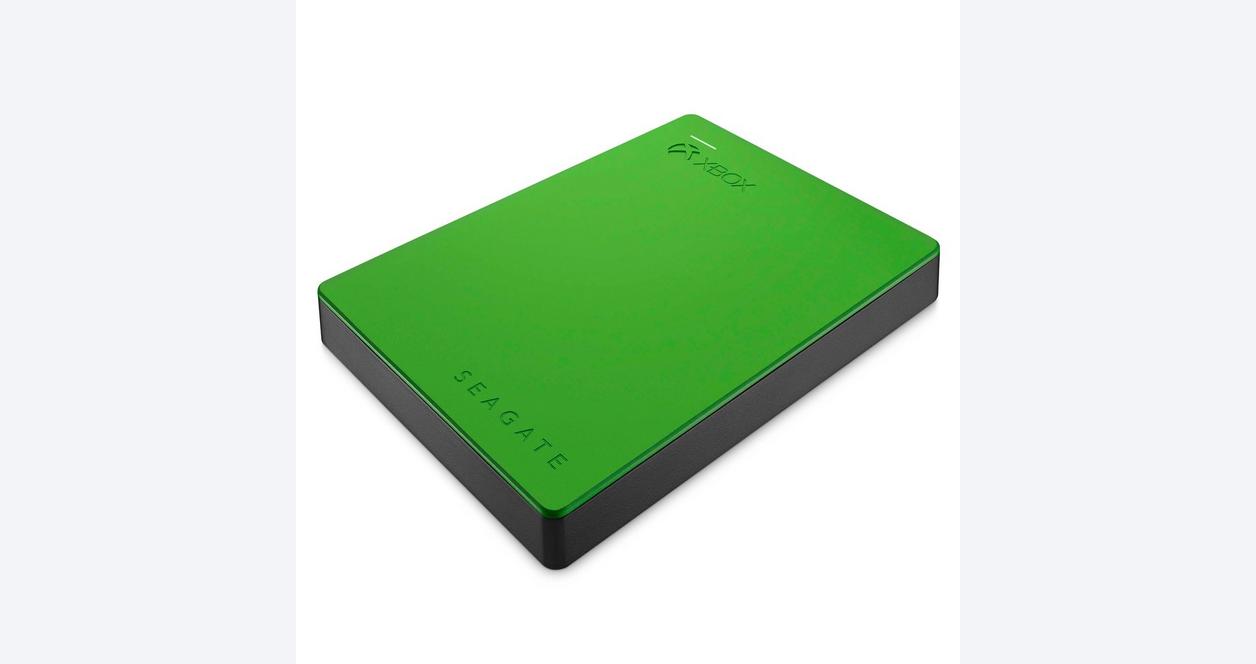 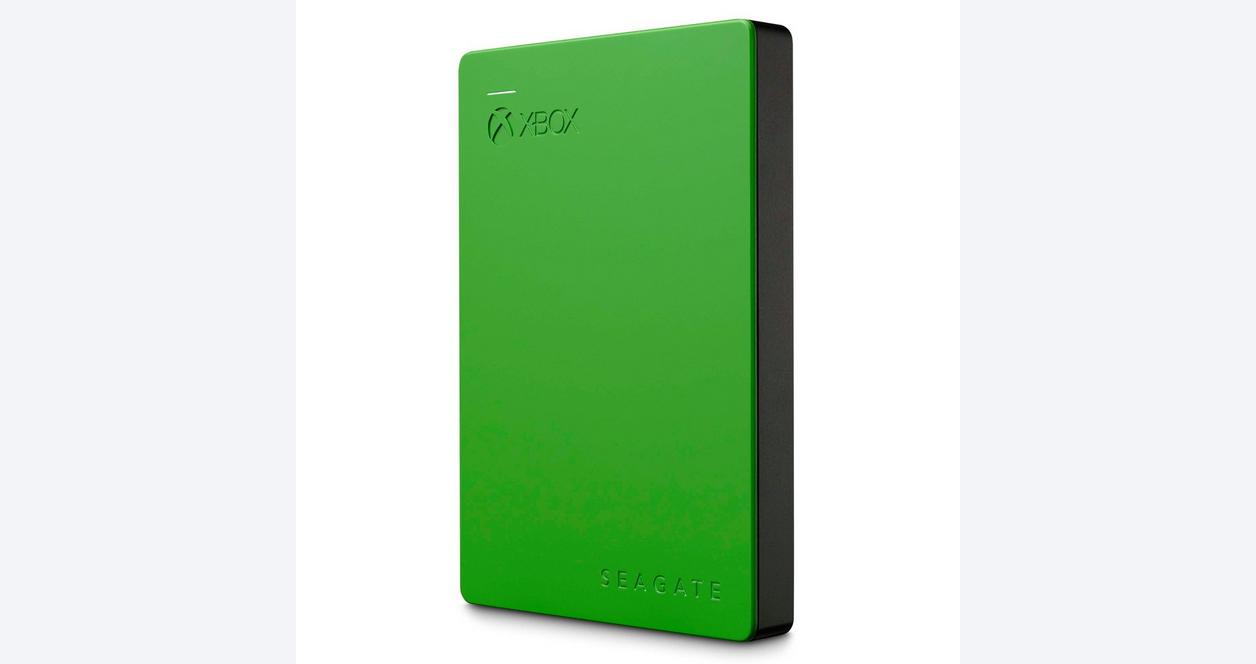 Nothing says “Game Over” for the Xbox One® experience like a full hard drive. Boost your console's storage capacity with the Seagate Game Drive, the only external hard drive designed exclusively for Xbox One or Xbox 360®.

Keep All Your (Good) Games

With 2TB on your Xbox One, you can save the world—and all the games that are worth keeping. Free up space on your console's internal drive while consolidating 50+ Xbox One games* into a single location.

Just plug it in and it works. Xbox automatically detects and sets up the new drive.

Pedal to the Metal with USB 3.0

With USB 3.0 performance, you get a full-throttle gaming experience.

Xbox will ask you to name your Game Drive. “PlanetSera”, “MasterChief”, or your gamertag—it's up to you how you make it your own.

Win the Away Games

Unplug the Seagate Game Drive and take your entire game library to a friend's house**. It's small enough to slip into your backpack and doesn't need a power cord.

Asked by: Garcia555
I&rsquo;ve yet to have any issues with mine. Easy setup then plug and go on any Xbox.&nbsp;
Answered by: Staylor1260

Do I need to format it or does it already come formatted for Xbox?

Asked by: StupidDrunkGuy
It formats when you plug it in.
Answered by: Emceemur

Will this work with xbox one X?

Asked by: CARm123
Yes, but if its already formatted to another device (ie 360 or PC) it will re-format itself to the Xbox One X and all saved files will be over-ridden. If its a new drive just plug it in and it will format itself to the system.
Answered by: Mickey Kin

Does it come with the cord to plug into the Xbox one&nbsp;

Asked by: Garcia555
Yes it does but don't bother with the drive. I had the same one and it crashed within 2 years and irretrievably lost 2 TB of game data. The online help portal for Seagate and their troubleshooting driver were rubbish.
Answered by: ConnorACreed

my son saved his money to get a portable game drive for his Xbox Brand is seagate. Worked great for a few weeks. The light went off on box. Xbox/pc not recognizes nothing happens. But I still hear the box running???

Asked by: Madmom37
My son did thr something we had sent it to seagate and the sent us a new one only downside is that he lost all his data I notice you have to keep these boxes cool so a cooling pad would help with that but I only had one issue in 8 years
Answered by: Skull_killer12

Will i be able to play saved games on my xbox if i transfer the data to external? ( with the usb still plugged in)

Asked by: Some guy whos confused
Yes. In fact, I just leave this plugged into my Xbox and use it as a sort of 'extended' hard drive. I dump the games I really like into the external and keep ones I may uninstall later on my Xbox.
Answered by: Maxxxxxxxx

Does the seagate external hard drive work with the xbox one s.

Asked by: Vividsavagedj
Yes it does. I have been using one for my 500 gb Xbox one s and it works perfectly.
Answered by: warriorblade

How many gigabytes is 2TB&nbsp;

Asked by: Andenzach
It is 2,000 gigabites.
Answered by: MenTx979
Xbox One 2TB Portable Hard Drive is rated 4.7 out of 5 by 1774.
Rated 1 out of 5 by jrh90 from corrupted after 3 weeks recieved it july 31 2020 and it died august 15 2020. Do not buy this
Rated 1 out of 5 by zindad from Good for now wait a year sure these things may be great but after a year like clock work they just stop working this was my third one i will NOT be buying another
Rated 5 out of 5 by Ashton lopez from To many games not enough space but this fix's that Great if your a gamer that has a bunch of games you go back and wanna play and not wait for them to install Everytime you get the urge to play them
Rated 5 out of 5 by Julia M from Xbox One 2TB Portable Hard Drive It’s a great gift, and also great for yourself. I went from only 9 games to 28!!
Rated 5 out of 5 by 2BoysMommy from Great addition This is a perfect addition to add storage to the XBox.
Rated 2 out of 5 by Aaron A from Easy but not durable It failed after less than a month. Worked really well until then.
Rated 4 out of 5 by Rustbukkit from Good but slow No problems so far... not the fastest data transfer
Rated 3 out of 5 by Affee from Dead in the box It diddnt work. Had to exchange it for another one