Blood
Language
Mild Suggestive Themes
Violence
UFC Undisputed 2010 is rated 4.4 out of 5 by 255.

Get it this way:
Free pick up at store with delivery@door
at
Out of Stock at .
Check other stores
Everyday Free Shipping $35+
DELIVER TODAY NEXT DAY
($8.99 FEE PER ORDER)
Learn more
Deliver to
Verify Address Change
Please provide your address to verify you are within our delivery area.
Select Condition For Availability
Buy Together
So … you want to be a fighter? UFC Undisputed 2010 is the only mixed martial arts (MMA) videogame that delivers the action, intensity and prestige of the Ultimate Fighting Championship (UFC). Step into the Octagon to experience the most advanced and commanding virtual MMA action with more than 100 of the best UFC fighters in the world. Experience intelligent and intuitive combat, increased fighter customization, robust career progression, challenging new gameplay modes and explosive online offerings. UFC Undisputed 2010 embodies the ultimate essence and supremacy of a UFC fighter. Ready to be one?

Ultimate Fights Mode is the evolution of UFC 2009's Classic Fights Mode and allows players to relive some of the more memorable fights in UFC history. Players are given the opportunity to play the mode as a single player experience in an attempt to unlock content associated with each fight. Players can also play the mode as a two-player experience, squaring off against friends with special presentation and commentary elements.

Each fight opens with an introduction from one of the UFC Octagon Girls, Arianny Celeste or Chandella Powell, who break down the significance of each fight. Following the introduction, a pre-fight montage is played with comments from each fighter and a brief history on how the fight came to fruition. Once the prefight montage is over, the basic match flow occurs and gameplay begins.

The main difference between Classic Fights from last year and the Ultimate Fights for UFC Undisputed 2010 is the introduction of Fight Categories and Multiple Challenges for each fight. Assigning each fight to a category helps structure the mode and allows players to easily identify each type of fight, while the introduction of Multiple Challenges for each fight adds replayability to the mode.

Another new component is the ability to “play as the spoiler” (or the fighter who lost in real life) and provide additional challenges and unlocks associated with the losing fighter, where players look to “rewrite history.”

Upon completing all the challenges, the player unlocks the ultimate reward – a montage that recaps the actual Ultimate Fight itself.

Is this backward compatible for Xbox one?

Asked by: Rodawg50
UFC Undisputed 2010 is rated 4.4 out of 5 by 255.
Rated 3 out of 5 by JHuu from Meh It's from 2010 in 2019 lol didn't have high expectations from jump
Rated 5 out of 5 by Chopper910 from Great Used to play on deployment when it first came out, still a great game
Rated 1 out of 5 by Givememymoneyback from Trash Not worth 5 cents. Trash game waste of time and waste of money
Rated 4 out of 5 by gusplays from Good fighting game when you get to fight This game is really good the only thing that i can find rong with it is that theres 11 week between each fight so it take 20 mins just to get to your next fight :(.
Rated 4 out of 5 by Shamus from Get ready to rumble! UFC Undisputed 2010 delivers a great virtual fighting experience. Step into the Octagon with any of your favorite fighters from any weight class and put 'em up! I'd personally recommend using Kimbo Slice, Frank Mir, or Brock Lesnar on the Heavyweight Class. They all pack a punch, no pun intended. The game is just as good as its predecessor, UFC Undisputed 2009, and the visuals on this game are improved from that, adding to the experience. If you're looking to knock some guy's teeth out, but don't want to do it in real life, buy this game, and enjoy.
Rated 4 out of 5 by Dman69 from Awesome This is an awesome game by far. The gameplay is improved from the last UFC game. The graphics also seem to be improved. The Character Creation mode has also been improved greatly. What makes it so great is that it is all that it was in the last game, but with a lot more added, such as the choice what your fighter wears after the fight. Another thing is that you get to chose how your fighter acts before the fight also. There is also a two new modes to the game, Title mode and Title Defense mode. In Title mode you choose how many fights you want to fight then in the final fight, go for the championship of that weight class. Then when you finish Title Mode you unlock Title Defense mode, wich is self explanatory enough, but in the mode, you compete in 12 title matches. Then only thing that I can complain about is that in Career Mode, your stats start to 'decay' if you don't spar enough, which is a pain in the neck.
Rated 4 out of 5 by SlickSpeed25 from DANGEROUS!!!!!!!! Awesome game, hard hitting and great modes.I call it "DANGEROUS" because the knockout are crazy. If your hardcore get it.
Rated 2 out of 5 by TechxN9nexNinja from Love the game but forget multiplayer As a person who has followed UFC for over 13 yrs, I played ufc 09 and was extremely pleased with how a company was able to make a good solid fighting game as they did. So naturally I went right out and got UFC 10 and was completely upset, the story mode was great but multiplayer was the worst thing I've ever seen in my life! Training camps that you would invite your friends to, would just freeze you up and send you back to the main menu. Trying to navigate the multiplater menu was difficult in itself, most of the time you would get a message saying the servers were down and to try again later but all you would have to do is exit to dashboard or sometimes go back to start menu and enter back in and it would work. Many of my friends and I got this game at the same time and when trying to play together and things, we was extremely disappointed! I hope the next UFC game is better than this b/c I would hate to see the market shun these games b/c the company making it won't put enough time and effort into multiplayer. 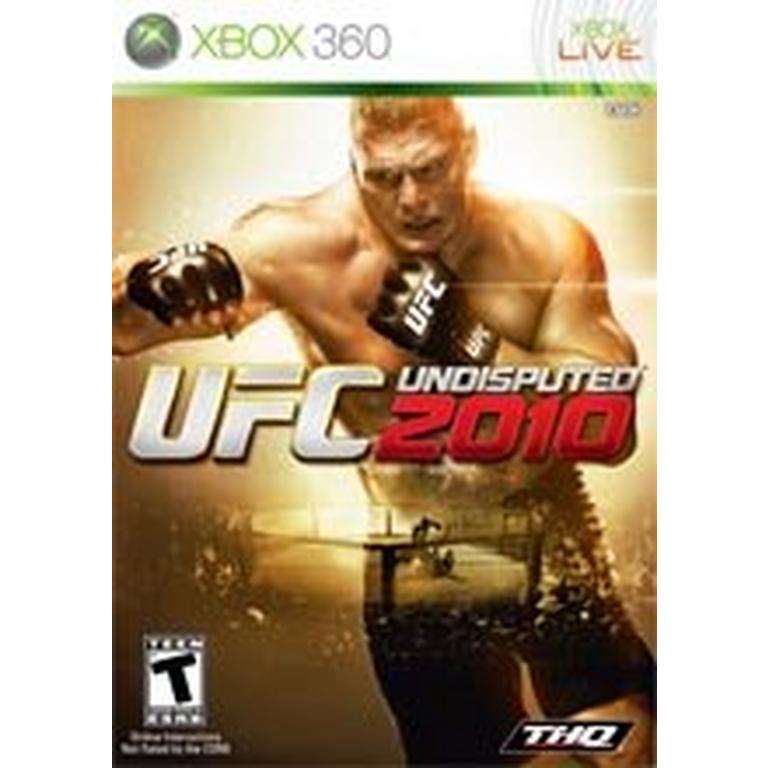