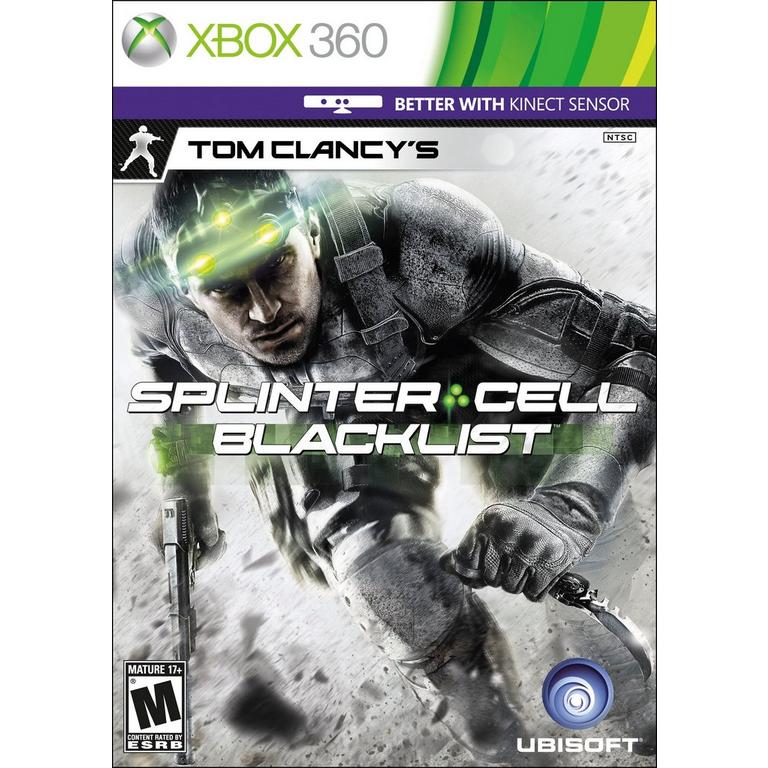 The United States has a military presence in two thirds of countries around the world. A group of 12 have had enough and initiate a terror ultimatum called the Blacklist - a deadly countdown of escalating terrorist attacks on U.S. interests. Sam Fisher is the leader of the newly formed 4th Echelon unit: a clandestine unit that answers solely to the President of the United States. Sam and his team must hunt down these terrorists by any means necessary, and stop the Blacklist countdown before it reaches zero.

The United States has a military presence in two-thirds of countries around the world. Some of them have had enough. A group of terrorists calling themselves The Engineers initiate a terror ultimatum called the Blacklist – a deadly countdown of escalating attacks on US interests at home and abroad.

Sam is back in his ops suit and goggles, and he's more lethal and agile than ever. Granted the freedom to do whatever it takes to stop the Blacklist, Sam flies from exotic locales to US cities as he races against the clock to find out who's behind this devastating threat.

Sam Fisher knows exactly what he was made to be: a multimillion-dollar weapon developed by the US government to do what few others can do. Long before Third Echelon tapped him to be the first Splinter Cell agent, Sam was operating behind enemy lines, in situations where traditional rules of engagement didn't apply. From Panama and the Persian Gulf to Bolivia, Columbia, Yugoslavia, and Kosovo, Fisher carried out missions which most American citizens would be horrified to learn about, should the US Government ever admit they occurred. A former Navy SEAL, Sam belonged to an elite brotherhood of warriors ready to sacrifice their lives in defense of America's freedoms. Combat, espionage, and constant training have defined his adult life. His tactical experience has become part of his instinct.
Now, however, he stands alone, having rejected what his service had become and the mandates of those giving him orders. Having sacrificed everything for his country – his marriage, his daughter, his reputation, and his best friend – he finished his last assignment and walked away, a human weapon gone rogue. And the funny thing is, he almost didn't become a soldier at all.

Equal parts brilliant and reckless (not on purpose – he just doesn't think), Charlie has been getting himself in and out of trouble as a hacker since he was twelve. Far from a solitary introvert, Charlie enjoys a healthy social life and has a natural self-deprecating charm that he uses to defuse tension or make light of those who take things (and themselves too seriously).
Owing to his youth and focus on tech, Charlie hasn't suffered many consequences in the real world so he's pretty cavalier about the trouble he gets in. It's hard to worry when you've been able to talk or tech your way out of any problem you've run into. It's all just a game and Charlie always wins… well almost always. And when he doesn't, well, Charlie will grow into a key member of the Fourth Echelon team but he's got a lot to learn, including how to be calm under fire and how to keep focus when all breaks loose (especially when it just might be his fault).

Anna Grímsdóttir (known as Grim to her friends in the NSA) is the technical operations manager at Third Echelon. Her role is to provide Sam Fisher with technical support in the field, as well as to analyze and interpret much of the electronic data. A skilled hacker, Grímsdóttir normally tries to remotely hack into an objective computer system before Fisher is inserted, or when not possible does it direct from Fisher's OPSAT connection to a computer terminal.

Victor Vic Anthony Christopher Coste is one of Sam Fisher's oldest friends. The two served together on SEAL Team Two in Iraq during the Gulf War in 1991. During their time in Iraq, Coste single-handedly rescued Sam from a hostage situation after he was captured by Iraqi forces during a disastrous mission. After leaving the Navy, Coste later became a private security consultant. He served as Sam's contact in Tom Clancy's Splinter Cell Conviction®, giving him vital information and equipment during certain missions. Near the end of the game, Coste reunited Sam with his daughter Sarah. In Conviction, Coste also served as the game's narrator, retelling the story in a Black Arrow PMC interrogation room. The player also took control of Victor during a flashback to the mission where he saved Sam. Following Conviction, Vic and Sam are working together for Vic's PMC, Paladin 9, taking contracts they believe in, as opposed to blindly following orders. That is, until the first Blacklist attack, where Vic is horrifically injured by a grenade when trying to protect Sam.

Splinter Cell Blacklist builds on the stealth roots of the franchise while exploring new directions to embrace the realms of action and adventure. Players can define their personal play styles and be rewarded for those choices.
Ghost players want to remain undetected.
Assault players rely on instincts and firepower to deal with a situation.
Panther players strike lethally from the shadows in the most efficient and silent way.

Through the use of the Strategic Mission Interface (SMI), the lines between the Single-Player campaign and CO-OP are blurred as the narrative between Sam and Briggs is deepened. Earn in-game currency and unlock additional weapons or gadgets via specialized missions assigned by members of the Fourth Echelon.

Spies vs. Mercs is a unique multiplayer experience that innovates from the roots of the Splinter Cell franchise.
On one end, you have a team of agile, stealthy Spies looking to infiltrate a location and hack terminals to gather information, all while remaining undetected. On the other end, you have a team of heavily armed and powerful Mercs that must defend their terminals and stop the Spies from gathering the data by any means necessary.
Each team has different abilities and tools that they must leverage to outsmart their opponents, setting the tone for big rivalries and very fun competitive gameplay. 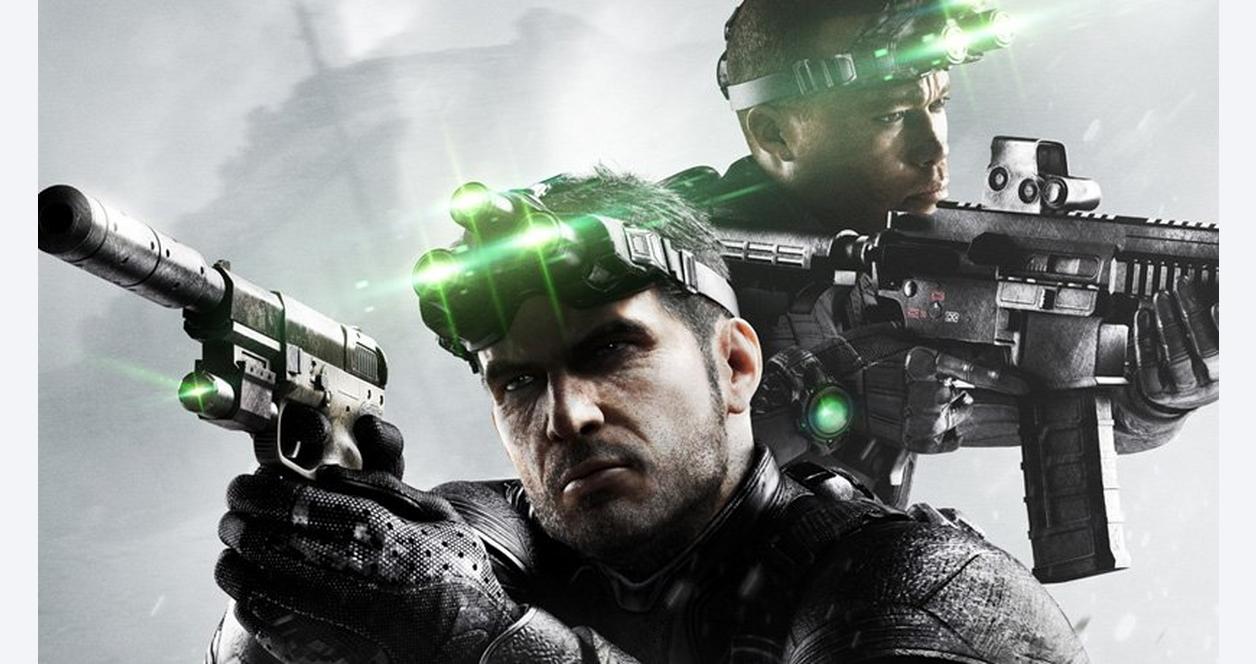 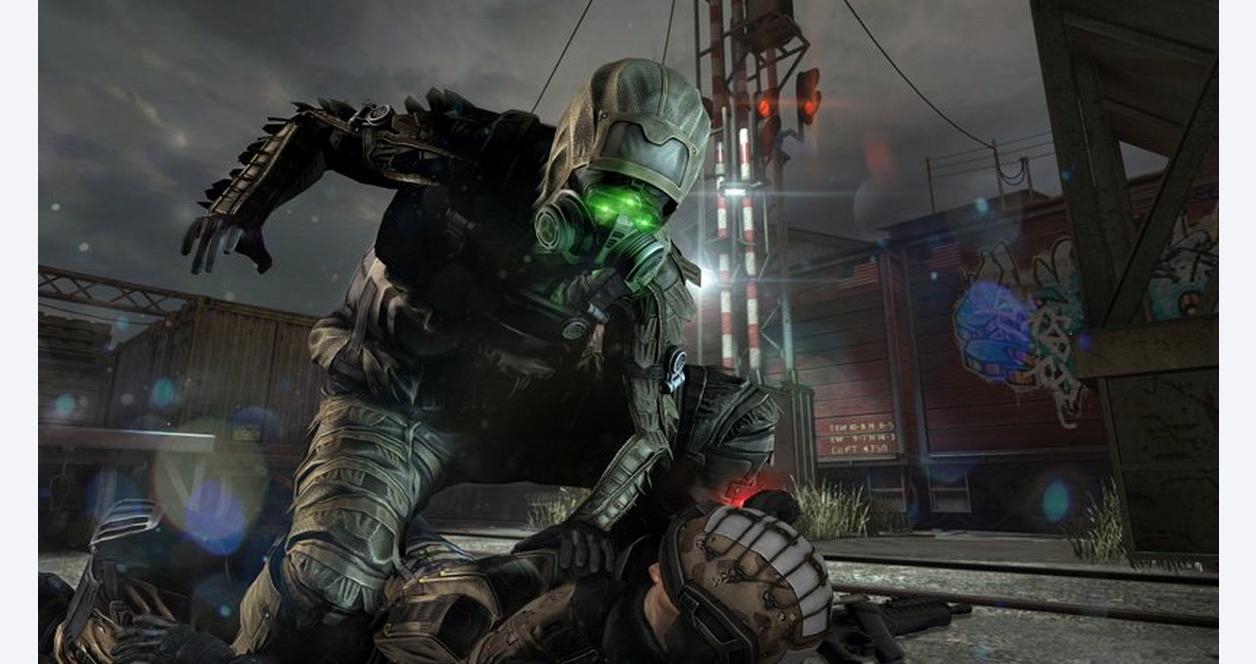 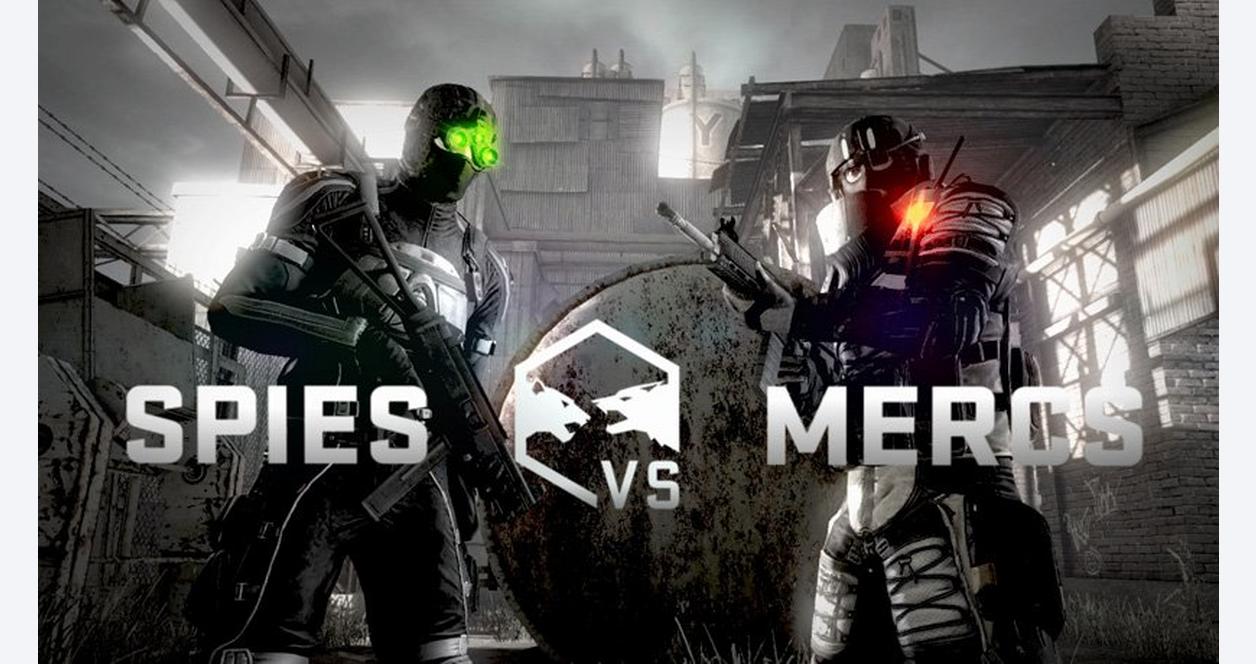 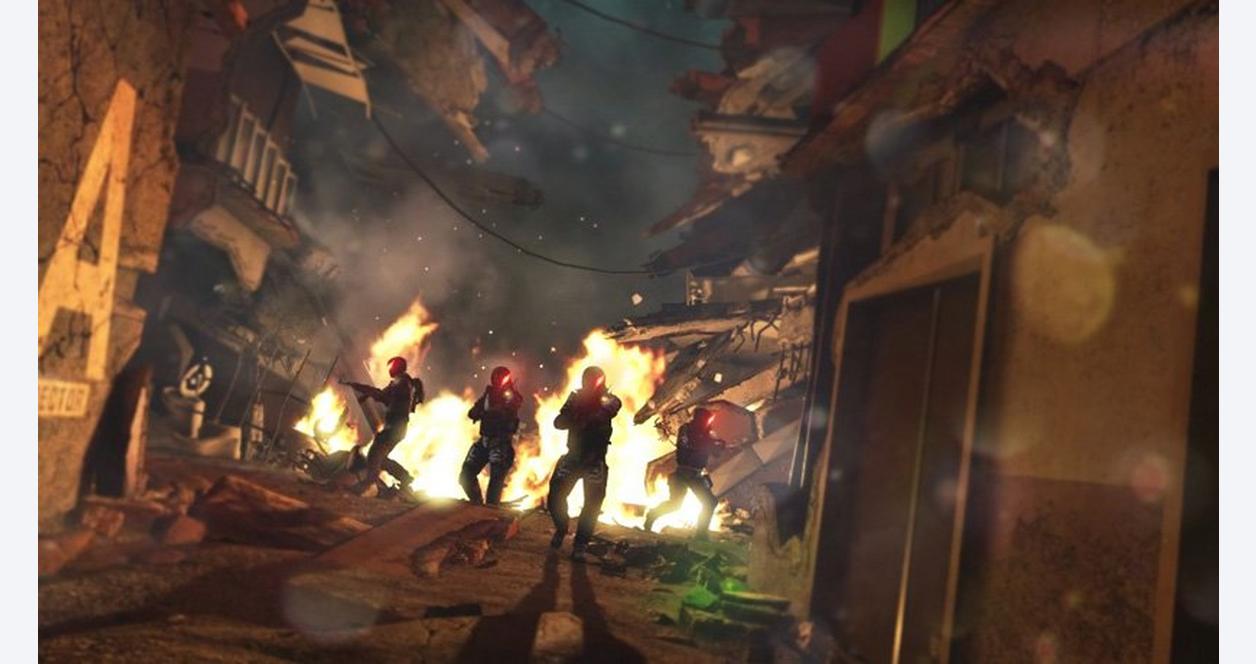 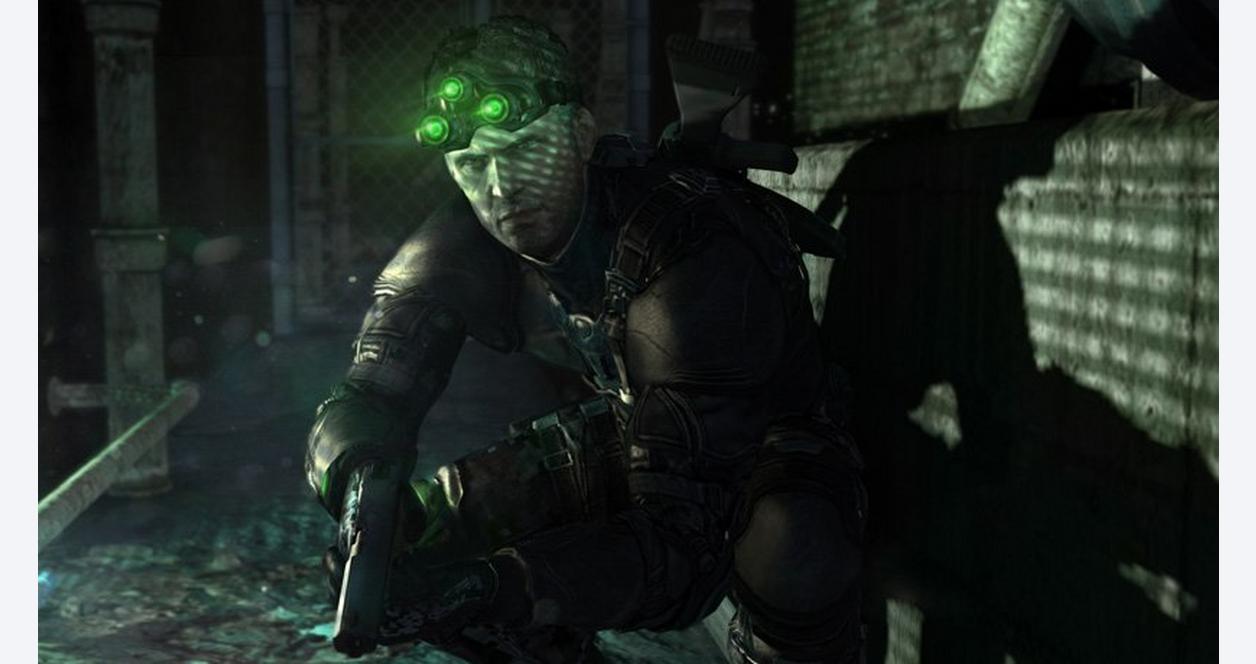 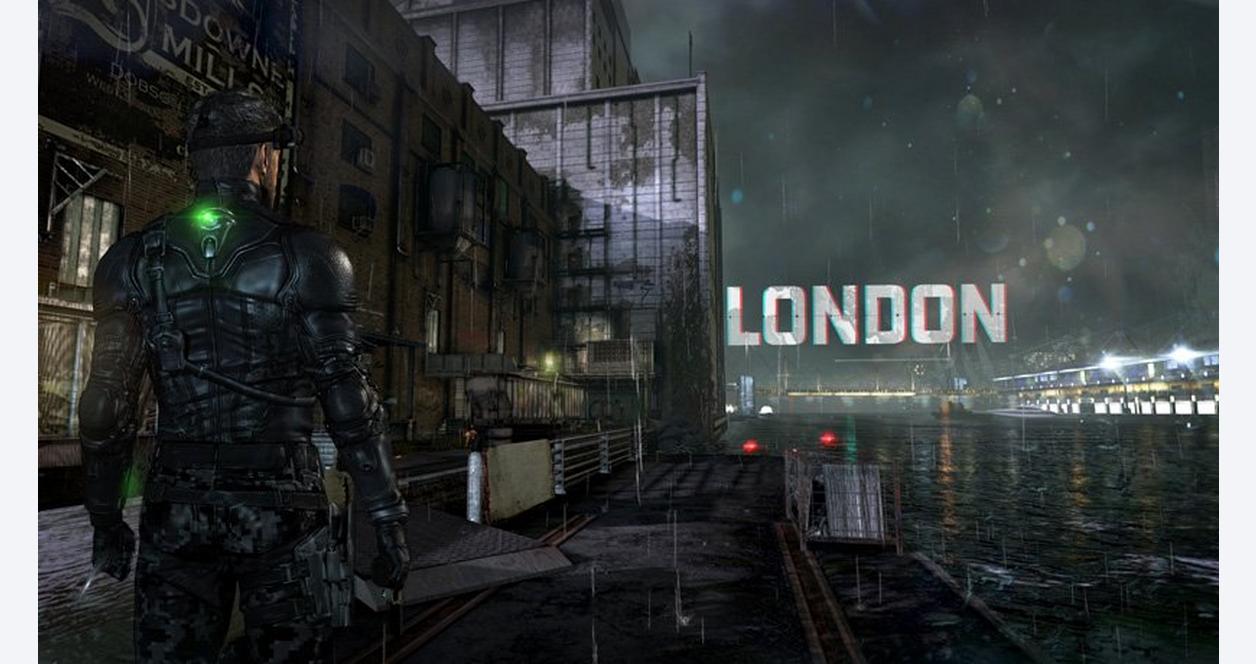 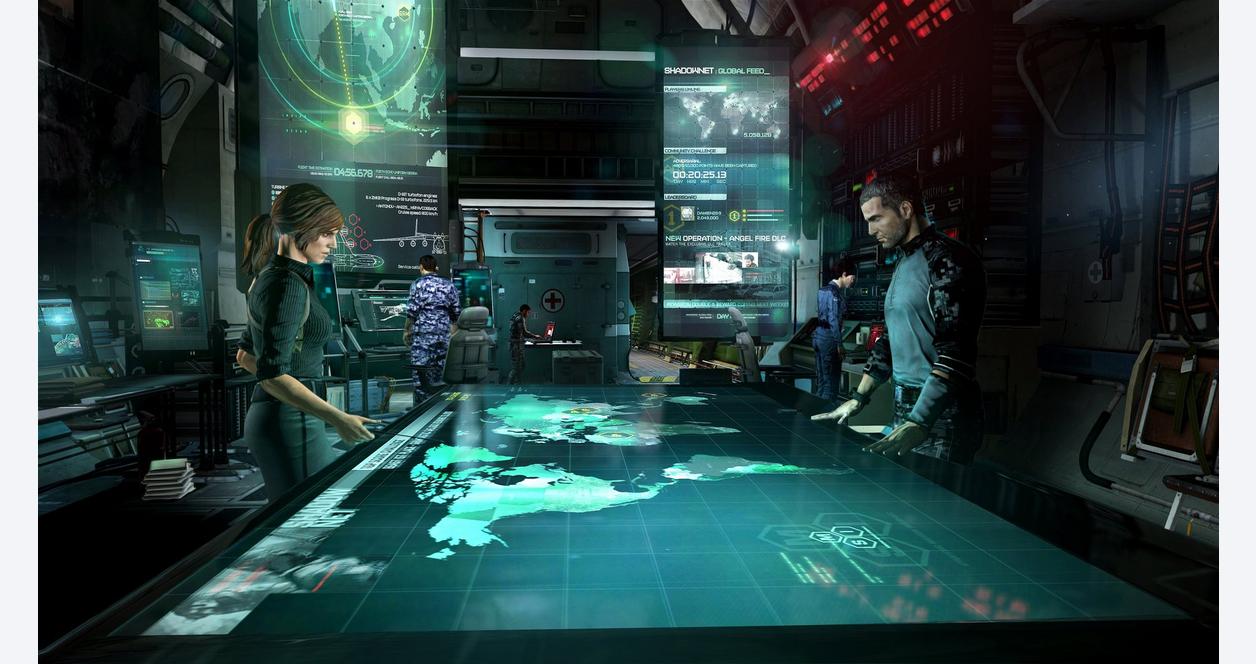 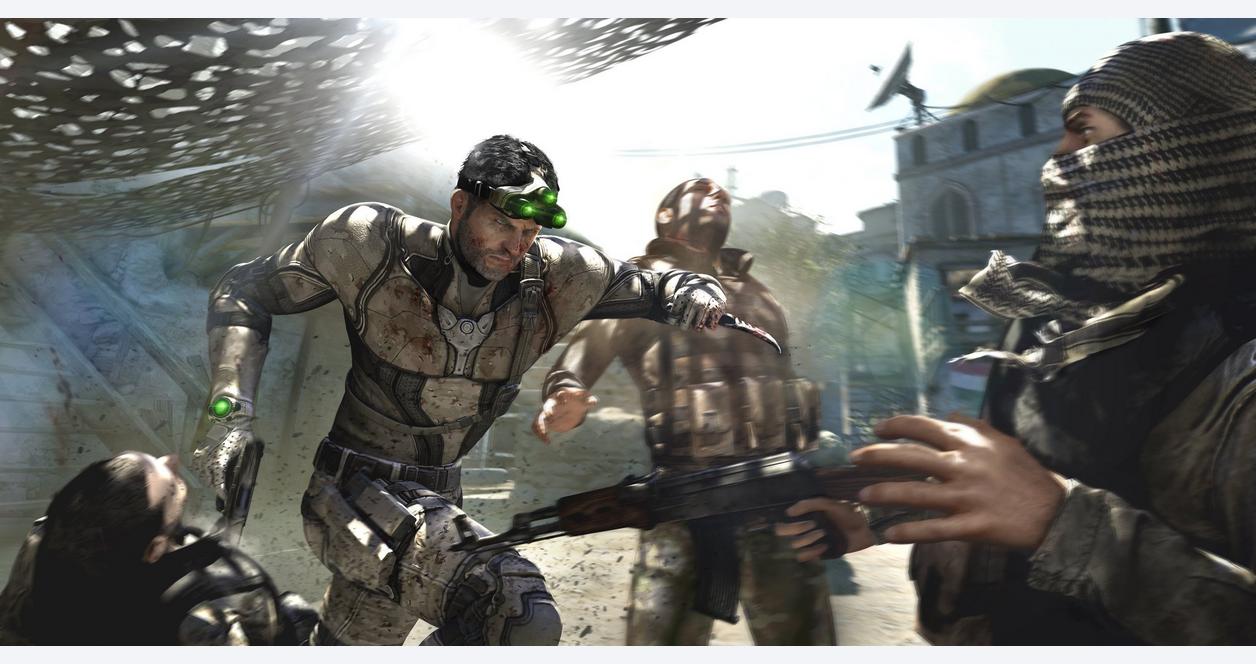 Tom Clancys Splinter Cell Blacklist is rated 4.6 out of 5 by 141.
Rated 4 out of 5 by Anonymous from Love it I love this game,I’ve been trying to find it for awhile...
Rated 5 out of 5 by Crusader557 from Amazing store amazing staff Tex the store manager is amazing super helpful and very very knowledgeable about gaming and very fun
Rated 4 out of 5 by gameractor from Stealth and combat I had owned a couple of Splinter Cell games when I had the original Xbox years ago. This version feels very different in good ways and bad. I feel the earlier versions were a bit more mysterious, and involved computer hacking and wire tapping and such much more. But, this version certainly feels more “realistic” as it’s more focused on combat, which makes it much more difficult. As someone who loves stealth games, this game is all about stealth (almost impossible to escape if you’re caught, and the dogs that come sniffing around don’t make it easier).
Rated 5 out of 5 by Just a Nerd from Return to Form If I were to describe Splinter Cell Blacklist, I would call it the best modernization of Splinter Cell to date. If you thought Conviction was a bit of a flop, or you’re just looking for a new but genuine Splinter Cell experience- this is it. Blacklist takes the faster pace of Conviction and combines it with the classic mechanics of the OG Xbox era- all with some tweaking that is. You reprise your role as Sam Fisher (who sadly is not played by Ironside this time around) as you need to stop a terrorist attack spree known as the Blacklist. You’ll join Grim, as well as some new faces, in a series of events that will determine the future of America and the Middle East. The story mode is good, however there are some irritating missions. For example: a mission in Gitmo where you start with nothing but a stun gun with a flashlight- making you just as blind as your combatants. Then there are some sections where you play as Briggs (a new addition to the cast) in first person. The only problem being that you can’t really stealth these sections, and your armor sucks. There are also 4E (Fourth Echelon) missions. There are Ghost Missions, Survival Missions, Elimination Missions, and Coop Only Missions. Each are actually rich with dialogue, and feel like actual story missions as opposed to side operations. Speaking of which, in every mission- story or side op- you will have three side objectives: Dead Drops, Laptops, and High Value Targets. Close to these for currency. Finally there is the customization. You can upgrade your plane, unlock weapons and weapon customization, and get different suit pieces to improve your stats. You can get full stealth, armor, or a mix of the two. All-in-all, solid title that is truly worthy of both the Tom Clancy brand and the Splinter Cell name.
Rated 5 out of 5 by R Rosie from Excellent Game! My favorite game ever! Love the strategy mixed with action and plot line.
Rated 5 out of 5 by Rob tipper from Splinter cell blacklist I gave it 5 stars although I personally liked conviction better controlling Sam. All in all nothing bad here. Great game with plenty of challenging missions. If your a splinter cell lover you won’t be disappointed.
Rated 2 out of 5 by Grs0116 from Bring back the real Sam! The new voice actor and look for Sam took me completely out of the experience.
Rated 5 out of 5 by Kyler M from Replaying Blacklist on the Xbone Honestly, I just miss playing Splinter Cell. I plan on getting an old 360 to play the original games since they were undoubtedly a bit more stealth oriented and had some amazing mechanics that aren't there anymore such as throwing debris like a can or bottle to distract or even knock out enemies. Plus the sonar goggles we have now aren't as realistic as I'm accustomed to but that's a personal choice. I only use the NVG lol. Still very fun to play this again ghosting through the levels using gadgets to scout ahead haha. Really hope they remaster/re-release the series on current gen or next gen and make a new title that harkons back to days of yore.

What splinter cell games are compatible with xbox1? 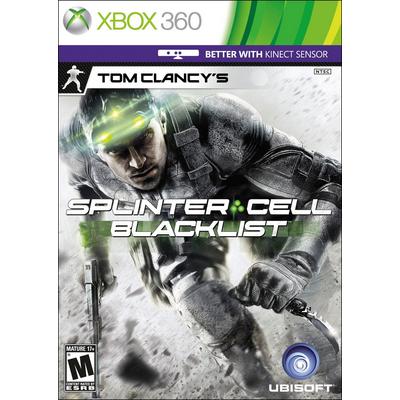