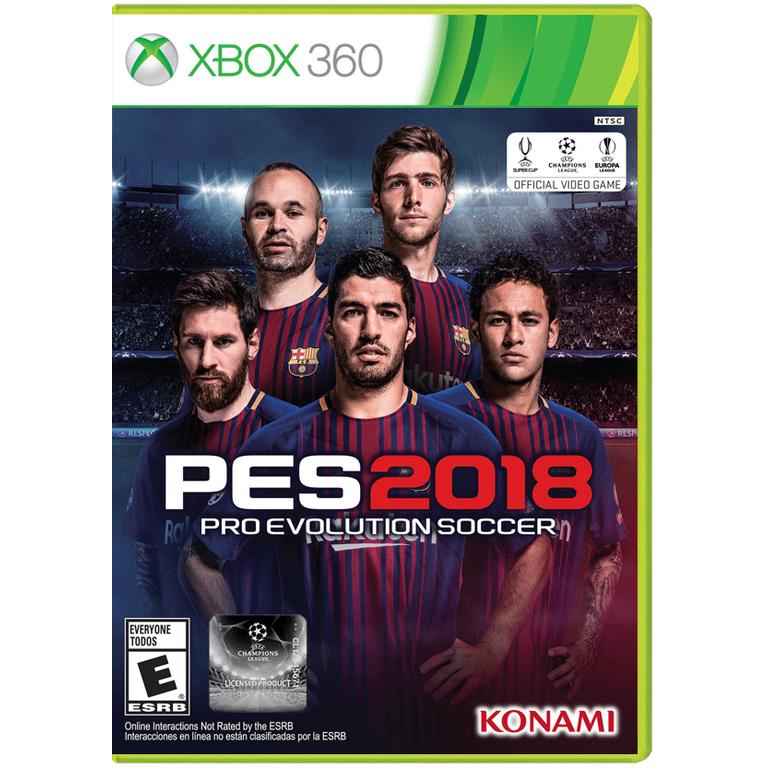 ‘Where Legends Are Made' encapsulates the return of PES, with new features, modes and an unparalleled gameplay experience. This year's edition bring the biggest changes to the award winning series seen in a decade, which will set a new standard for soccer games, and raise expectations for the future of the franchise.
More Details Less Details

The gameplay benefits from the slowed down action, and Konami added peripheral modes such as 3-on-3 co-op and random matches

The crowd is noticeably comprised of individual people, and they look better as they move. Player faces continue to improve and look great

The auto-shielding does an excellent job in various situations, requiring nothing of the user but still feeling very natural

The new gameplay changes and additions mean PES continues to be a great experience. The Master League, however, needs to take a similar step forward

I was very happy with Pro Evolution Soccer 2017's gameplay because of the way it felt and the things it allowed me to do in the game, so I was surprised when developer Konami announced that it was changing things up for 2018. I braced for disappointment, but instead I'm beyond relieved. The developer didn't just tinker with the game for the sake of slapping the word new on the box. They improved a vital component of the franchise without changing what was already great.

The gameplay speed is slower than 2017, allowing users to better see, feel, and control players' touches with the ball. The game is slower, but it's by no means clunky. While there are still some moments of predetermined possession, if you think you can stretch out that foot for a last-ditch volley on goal or get your foot on the ball to control it and start dribbling on the run, you can do it thanks to the still fluid movement. This sensation is even more remarkable given that the game adds a layer of physicality to the gameplay as players shield the ball and jostle for position. The result of this combination is sophistication, not ugliness. In general, PES' animations are beautiful but rarely feel contrived or cumbersome.

As highly as I rate PES 2018's gameplay, legacy issues persist. Even on higher difficulty levels, rapid one-touch passes, give-and-go passes, and through balls can break the lines perhaps too easily, and leave defenses vulnerable. Playing against the A.I., their buildups and attacks can feel the same. However, I liked having to be selective in my defensive movements, because having to recover from a step in the wrong direction or a hesitation often makes an important difference between success and failure.

The Master League career mode also has its additions, although the mode feels less fresh than the gameplay. Small touches like release clauses, a preseason tour, and a new challenge difficulty for the mode (including transfer refusals from some players) are nice, but it still needs an overhaul. Transfer windows lack drama, with the news buried in menus and a lack of Galácticos and large transfer amounts separating the elite from the rest of the pack. I also feel the mode needs more injuries, more variety in the sim engine, and in-depth scouting and youth departments. Konami added more club and league licenses while others like Manchester United and Bayern Munich fall away, and you'll still have to deal with import files if you want many of your teams, leagues, and competitions to look like they do in real life.

No part of PES 2018 has been left untouched, giving you new ways to play with a number of gameplay improvements, Online Co-op, Random Selection Match, and a complete presentation overhaul with lifelike player models, new menus and real player images.

PES 2018 embraces the world of eSports with new integration of PES League across Online modes, including a new 3v3 competitive mode allowing users to join forces to win big prizes. This, alongside bringing the PC version to a level that meets the quality standard of its PS4 counterpart, only scratches the surface of the significant changes to PES 2018.

PES 2018 Pro Evolution Soccer is rated 5.0 out of 5 by 1.
Rated 5 out of 5 by Double AA from Excellent game Brought this game a week ago, and been playing everyday. Can’t wait to play it again 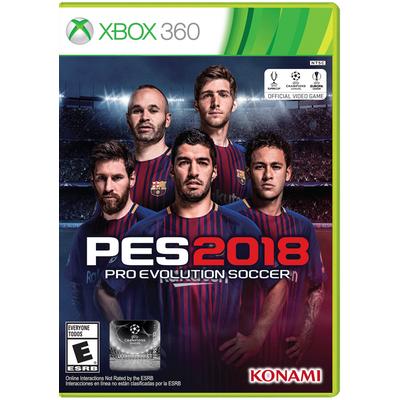