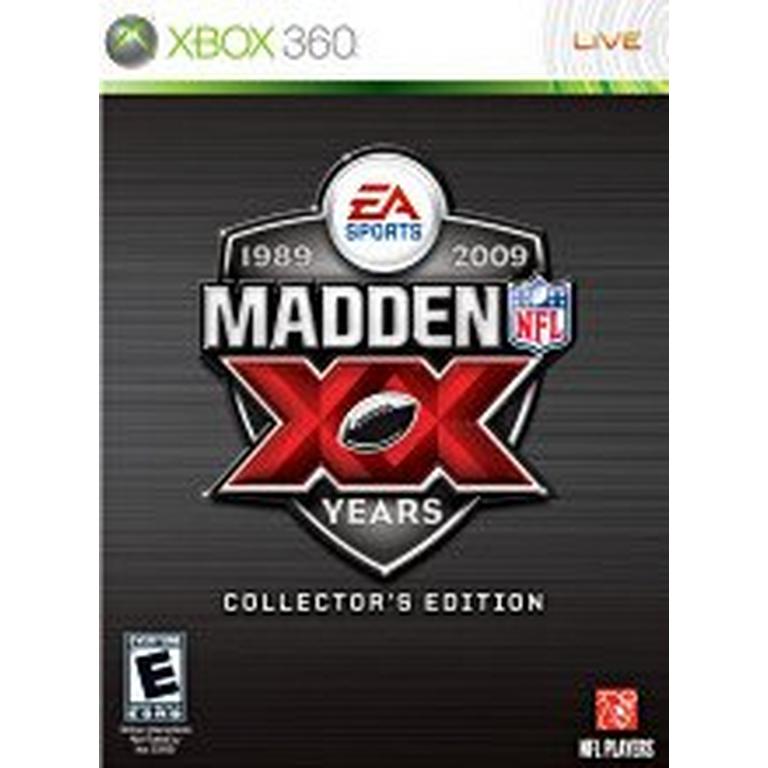 No Descriptors
Electronic Arts
$7.99
Buy 2 Pre-Owned Games valued $9.99 or less, get 2 more free! Cannot be combined with any other offer. Excludes Retro.
Pre-Owned
$7.99

Celebrating 20 Years of Innovation and counting, Madden NFL 09 delivers its most complete NFLfootball package ever. Whether you're a seasoned veteran or picking up the game for the first time,players of all skill levels will enjoy a unique, yet challenging experience with the innovative AdaptiveDifficulty Engine, which tailors the game to match your playing style. Instantly improve your gamewith the all-new virtual Training Center or incorporate feedback with EA SPORTS BackTrack,allowing you to learn from your mistakes on the fly. With a new broadcast presentation and onlineleagues, plus more than 85 new features and enhancements, Madden NFL 09 is the mostauthentic and adaptable game in sports video game history.
More Details Less Details

REDWOOD CITY, Calif., – March 27, 2008 – Electronic Arts Inc. (NASDAQ: ERTS) announced today that Madden NFL 09 will be available in retail stores in North America on August 12, including a special collector's edition in celebration of the 20th anniversary of one of the best-selling video games franchises of all time. The Madden NFL 09 20th Anniversary Collector's Edition will be the ultimate interactive NFL experience - featuring full versions of both Madden NFL 09 and the all-new NFL Head Coach 09, exclusive classic Madden NFL gameplay, and an extensive library of bonus video content.

“The Madden NFL franchise has a rich history that we are proud to celebrate,” says Peter Moore, president of EA SPORTS. “The Madden NFL 09 20th Anniversary Collector's Edition is both a tribute to our past and a major step toward the future of EA SPORTS.”

Whether you prefer to make your moves on field, from the sidelines or in the front office, the Madden NFL 09 20th Anniversary Collector's Edition has something for every football fan. Madden NFL 09 will feature the most immersive gameplay, the richest online offerings and the most comprehensive feature depth in the history of the franchise, while NFL Head Coach 09 has been reinvented to provide a unique new complementary experience by allowing fans to be in total control of their favorite franchises. Additionally, gamers will be able to import their user-designed plays from NFL Head Coach 09 and put them into Madden NFL 09 to create customized playbooks for complete control on the field.

“Both Madden NFL 09 and NFL Head Coach 09 are deep gaming experiences that will truly immerse sports fans of all ages,” says Chris Erb, EA SPORTS director of marketing. “With the Madden NFL 09 20th Anniversary Collector's Edition, we're presenting the definitive football experience that our millions of loyal Madden NFL fans have been asking for.”

NFL Head Coach 09 provides a complete NFL coaching experience, offering a variety of different ways to control an NFL franchise, on and off the field, in-season and off-season. With strategic game-planning features, NFL Head Coach 09 places gamers in the coach's seat by allowing gamers to comprehensively scout the opponent, build custom playbooks, and develop a team that will adapt to the philosophy and system of an NFL franchise. 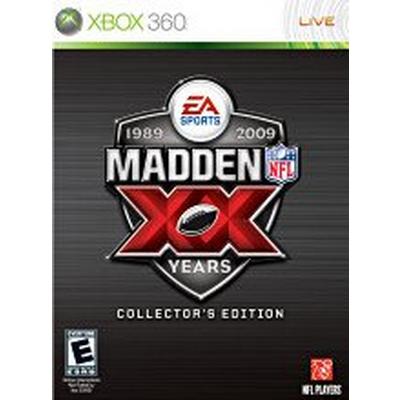