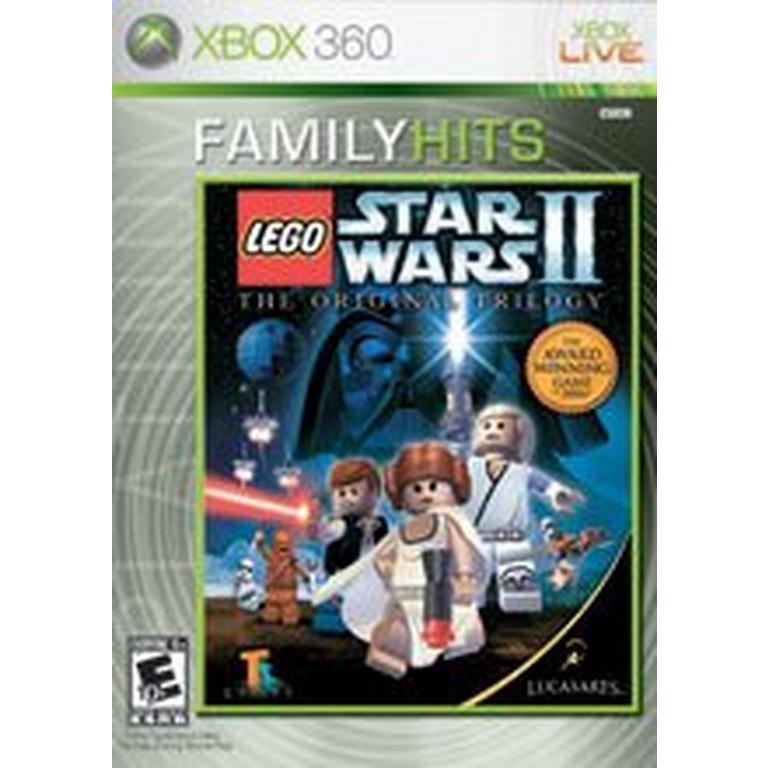 LEGO Star Wars II: The Original Trilogy takes the fun and endless customization of LEGO and combines it with the epic story, characters and action from the original Star Wars movies that revolutionized pop culture forever (Episode IV A New Hope, Episode V The Empire Strikes Back and Episode VI Return of the Jedi). With a unique tongue-in-cheek take on the Original Trilogy, LEGO Star Wars II follows the Rebel Alliance's crusade to dismantle the Galactic Empire and rebuild a galaxy in pieces. Build and battle your way through your favorite film moments, from Darth Vader's pursuit of Princess Leia aboard her Blockade Runner to a showdown on the second Death Star, as the game includes even more of the family-friendly LEGO action, puzzles and humor that earned the original LEGO Star Wars such popularity and acclaim.
More Details Less Details

And much more new to offer, it still has. For the first time ever, characters can get in and out of vehicles, as well as ride creatures. You can also mix and match the body parts of more than 50 playable characters to create one of millions of possible LEGO Star Wars heroes. And on console and Windows platforms, a game save from the first LEGO Star Wars can unlock another 50-plus additional characters for Free Play – that's more than 100 total characters! Other exciting additions include free-roaming vehicle levels that are no longer on rails, the ability to switch ships at will in Free Play, cool new character-specific attacks and maneuvers, playable mini-kit vehicles, an optional adaptive difficulty mode and more.
• Expands upon all of the fun and creativity that made the original LEGO Star Wars such a hit, this time set during the original three Star Wars films (Episodes IV, V, VI).

• For the first time ever, build and ride vehicles (landspeeders, AT-STs, speeder bikes and more) and mount creatures (from the banthas of desert Tatooine to the tauntauns of frigid Hoth) through on-foot levels.

• Now, all non-droid characters – not just those with the Force – have the power to build.

• Unlock more than 50 playable characters, from cultural icons like Luke, Leia and Darth Vader to fan favorites such as Greedo, Jawas and Gamorrean guards.

• Unlock up to 54 more playable characters with a game save from the original LEGO Star Wars.

• In Free Play mode, experience the Original Trilogy in a new way by importing any character into land levels, or switch between vehicles at will in space levels. Make Darth Maul a hero of the Rebellion, or destroy the Death Star with a TIE fighter!

• Tongue-in-cheek humor presents the Original Trilogy in a manner only LEGO can put together, with comical reinterpretations of classic Star Wars scenes and elements.

• Solve a greater variety of puzzles that encourage creative thinking through the use of teamwork and unique building situations only possible in a LEGO galaxy far, far away.

• The adaptive difficulty option creates more challenging gameplay for Jedi Master gamers – the better you do, the tougher it gets.

• Cooperative gameplay encourages teamwork in a fun way and features a revamped camera for an optimal gameplay experience.

LEGO Star Wars II The Original Trilogy is rated 4.6 out of 5 by 27.
Rated 5 out of 5 by D Denton from A Good Game For All Ages This is a game for all ages. If you enjoy Star Wars or Legos it will provide you with hours of fun.
Rated 2 out of 5 by 3LMom from Great game. Bad disc. The game itself is a lot of fun to play. Unfortunately the disc has been scratched and can’t be played without it stopping in the middle of a game.
Rated 2 out of 5 by Lgndkllr11287 from Lego Star Wars II The codes I used online to unlock the power blocks and multipliers weren’t working
Rated 4 out of 5 by DC21 from great lego game great game, but you might as well get the complete saga because it only cost's 5$ more, and you'd get 3 more movies to play through
Rated 4 out of 5 by strayrogue from the best aways comes in pieces i have had this game for more than 5 years now. i have loved every "piece" of this game. this is a truly a masterpiece and a marvel. Lego fans will love to play this game. levels portray almost exactly like the original star wars movies and duels like Vader and Luke are the same but more complex. this game has enough humor to get you laughing yourself. this game is a 10/10 for me and any star wars or lego fan.
Rated 5 out of 5 by that dude that posted a review from best lego game ever made! if youre looking for a fun family game, look no further than this game. its really good and the storyline never gets boring. this is by FAR the best lego game ever made. lego batman was awesome too,and i would reccomend it also. but as far as gameplay and storyline, this is the best. you get to play as all of your favorite characters from the original star wars movie trilogy. it has the same storyline as the movies and even adds some fun extras to the game like building and interacting with everything in your characters environment. another fun little perk is that you can create your own star wars character. its fully customizable and you can play as them without having a specific storyline in free play.it would be cool if the lego people actually talked though, but its still really good with the characters abd their actions.
Rated 5 out of 5 by MicrosoftAddict from Looking for a shooter? Don't look here I don't personally like shooters, but I've heard of a lot of people who thought this game was a shooter. To win blaster battles, just keep tapping the (X) button. That's all there is to it. It's not realistic at all; as the (X) button shoots and dodges as necessary. I have the original Xbox version, so I can't discuss achievements. So it's an arcade game, and the way they show the two characters is annoying. It's much easier to just do one human player behind the controller, because the "camera" doesn't follow you very well and sometimes it makes you look like you're on a treadmill. This version is much better than LSWI, and you'll find out if you get the game. Also, some of the buttons do way too many things. Such as, with Boba Fett and the Bounty Hunter rocket cheat on, (Y) tags, or if you're not close enough, blows everything in the near vicinity up. And (B): with a bounty hunter, NEVER try to put your blaster away. That's also the button for mines. Nice game, a little confusing at first unless you've played another LEGO Star Wars/Indiana Jones/Batman? game.
Rated 5 out of 5 by M. Schlichtman from George should of filmed with legos. Game play: Within the first 10 minutes I was sucked into this game. You play through episodes IV, V, and VI. Each episode has a total of six parts including a Super Story that takes you through all the parts of that episode usually lasting 3 hours or more. The story is accurate and it includes funny clips in cut scenes. The controls are simple and only include the left thumb stick and the A, B, and X buttons. Graphics: What more could you ask for, they are LEGO people. The characters look good and their animations are on spot. The movement of characters are LEGOish and The surroundings are detailed and lush. Sounds: There is nothing better then hearing that Star Wars theme once you pop in the disc. During the game you will hear classic Star Wars music like that in Mos Eistley. There are no voice overs though which disappointed me a first, but then I thought it was better then some cheap talent doing the voices. The voices on the other hand are mumbles and grumbles like those heard in Charlie Brown. It adds to the adorable factor. Who would enjoy this? Really anyone from your children to your cousin who is the biggest Star Wars dork you know. You don't have to be a kid or have to like Star Wars to enjoy this game. All in all this is a great game. It is user friendly and very simple. Though it is short you will not be displeased!

Is this backwards compatibile &nbsp; 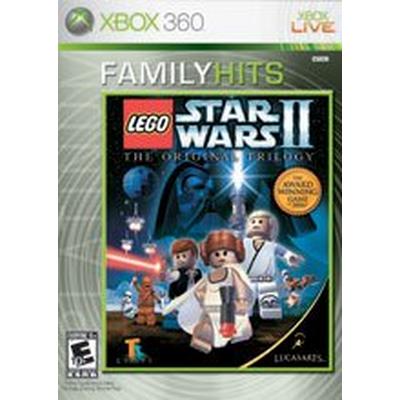