Help
Harry Potter and the Deathly Hallows - Part 1: The Videogame 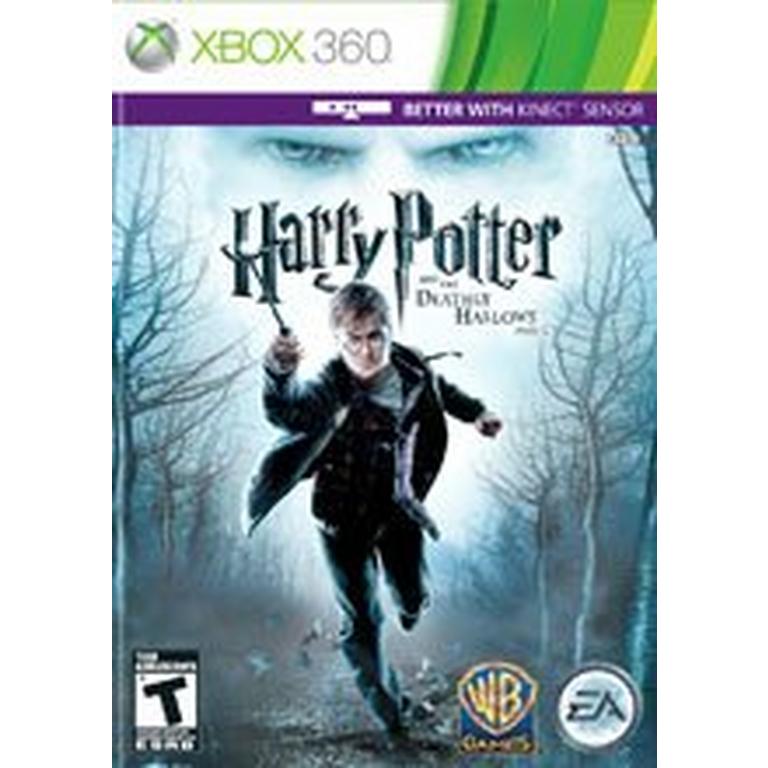 Harry Potter and the Deathly Hallows - Part 1: The Videogame

The Harry Potter and the Deathly Hallows – Part 1 videogame is the most challenging yet, packed from start to finish with action and combat. Playing as Harry, you are on the run from the opening sequence, fighting for survival on a desperate and dangerous quest to locate and destroy Voldemort's Horcruxes. You must defeat Death Eaters and Snatchers in epic battle sequences at every turn. With only your wand for protection, it's time to muster your most powerful magic against relentless assaults from all sides. There are no more lessons. No more training. This time the danger is real. It's time to fight your life.
More Details Less Details

The Kinect experience in Harry Potter and the Deathly Hallows – Part 1 gives players the ability to get closer to the action than ever before, using physical gestures to cast magic and defeat their deadly opponents. Players essentially cast magic from the palm of their hand, completely controller-free, to enhance and deepen the overall play experience.

What hardware do you need?
You can play the story mode with an Xbox 360 (without Kinect). You will need the Kinect Sensor to play the Kinect challenges.

Is it multi-player?
You can play Kinect challenges as single-player or two-player co-op, playing as Harry, Ron or Hermione.

How does single-player work?
You use gestures and poses to cast spells and throw combat potions, to defeat the deadly opponents that stand in your way.

How does two-player work?
In the two-player co-op mode, two people fight side-by-side to overcome the enemies. It's great fun, and can be quite competitive.

How does Kinect work? Does the Sensor read my hands, my arms or my entire body?
Kinect initially looks for your body and maps a skeleton to it. It then specifically reads your arm and body gestures to enable spell casting, and is constantly tracking your skeleton throughout the game.

Does Kinect use sound? Do you need to shout Stupefy?
The Kinect technology can pick up sound but for the Harry Potter and the Deathly Hallows - Part 1 videogame, the team chose to focus on physical gesture casting which fits in with the fiction.

What spells can you cast?
Stupefy, Protego, Confringo, Expelliarmus, and Expulso. Each mission has different spells available to the player.

How do potions work?
You can throw Exploding Potions at enemies, which explode on impact.

How many challenges are there?
22

Are there online leaderboards?
Yes, there are dedicated online Kinect leaderboards, accessed via Xbox LIVE.

Harry Potter and the Deathly Hallows - Part 1 The Videogame is rated 3.5 out of 5 by 51.
Rated 5 out of 5 by KJONES83 from Harry Potter and the Deathly Hallows pt 1 Plenty of action. Can be challenging at times depending on your difficulty setting. And it pretty much spot on with the books and movies. It’s a quick play on the easy setting. I’d give this same review for the Deathly Hallows pt 2
Rated 5 out of 5 by cierraluckduck from Love it! I bought this a week or so ago and love it. I am a big HP fan and it is so fun to play.
Rated 1 out of 5 by Travvy from horrible story gameplay is ok Ok if you read the books or watched the movie Don't buy this game it's horrible they changed everything and ruined the storyling and the voice acting is equal in horribleness but GameStop as always very understanding and helpful if you must purchase any Harry Potter games get them there because most places won't let you get your money back for simply not liking a game GameStop does and they're nice about it
Rated 2 out of 5 by milkdude from EASY but REALLY NOT EASY! ok its says EASY mode then when i finsh the godric hollow part its so HARD this game lies make it EASYER i like part 2 better because you really get to move the screen faster when i played it takes forever so STUPIT
Rated 4 out of 5 by FreshKrisKreash from One of The Better HP Games This game is more of a shooter came compared to the other games. It did a beautiful job of translating the movie into a game. The only bad thing about not only this game but all of the other HP games is that for some reason the sound gets really loud during some parts and really quiet during others. So it gets irritating having to keep changing the volume on the tv up and down.
Rated 1 out of 5 by grandfatheroctopus from worst of the worst the worst game i have played. boring and flat characters and bad gameplay make this a mess of game. YOU DO NOT WANT TO PLAY THIS! i felt like this game stole my money.
Rated 4 out of 5 by Antonio099 from this game is very good this game is very good not too shabby, but it could have been better but i dont want to sound wierd but i liked this movie and game
Rated 3 out of 5 by Shamus from Mehhhhhh............................. Meh, played better, played worse. That's the case. I mean, at the beginning of the game, it's kinda hard. cause you have to fend off Deatheaters consistently and they come in bunches, so it's not the worst game in the world, but I'm not into it.

Is this compatible with Xbox One console?

Asked by: Wesley67
Thank you for your question! You can check the backwards compatibility of Xbox games here: https://www.xbox.com/en-US/xbox-one/backward-compatibility
Answered by: GameStopTeam23 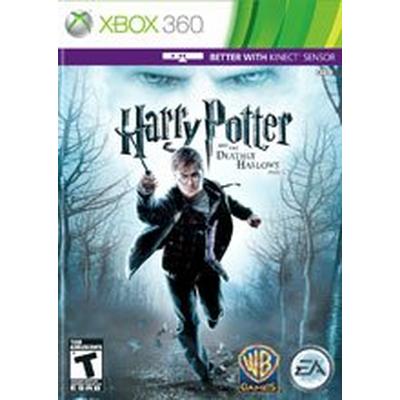 Harry Potter and the Deathly Hallows - Part 1: The Videogame