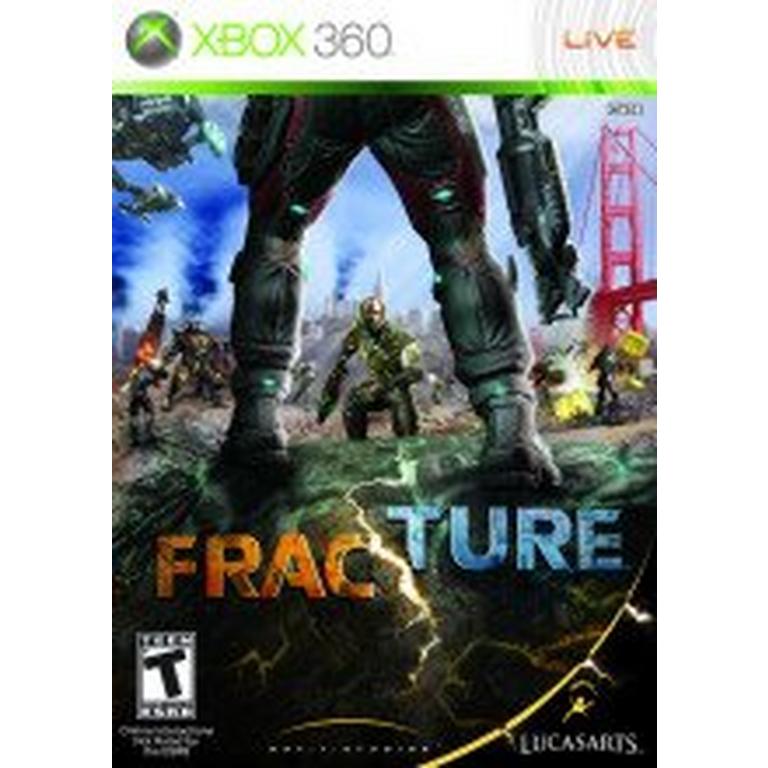 Amidst a backdrop of worldwide ecological and seismological chaos in the mid-2100s, the United States has been split in two by the Great Flood. As a result of the polar ice cap melting, the Mississippi River has destroyed the central portion of the United States, causing an ill-equipped Federal Government to fail and literally cutting the country in half. These two halves are left to fend for themselves in the aftermath. Fracture advances players to the year 2161, where the effects of global warming have altered the planet's landscape, and a clash in ideologies over human enhancements places society on the threshold of war. In utilizing the core gameplay mechanic of Fracture, a destructive next-generation technology known as Terrain Deformation, players are equipped with an arsenal of futuristic weaponry to strategically reshape their surroundings on the fly. Every action they perform dynamically reshapes the earth in ways that no videogame has ever seen. Players set foot on the frontlines of this epic conflict in the role of Jet Brody, a demolitions expert fighting for the Atlantic Alliance, who rely upon cybernetic enhancement. Pitted against the genetically enhanced soldiers of the Pacifican army, players will experience a revolution in 22nd-century warfare. When Brody throws a tectonic grenade onto a level battlefield, the ground blasts upward providing access to otherwise unreachable areas or providing access to otherwise unreachable areas or providing cover against approaching enemies. Surrounded on all sides by Pacifican forces, Brody heaves a vortex grenade, creating a swirling tornado-like mass of boulder, dirt and debris to dispatch his foes. These are just a few samples of the possibilities for Terrain Deformation. Players not only change the battlefield – they change the face of the battle itself.
More Details Less Details

The East, now known as the Atlantic Alliance, symbolic of their union with Europe, puts its faith in surviving this new world in cybernetics, an established yet evolving technology now more than 150 years old. On the other side of the flooded continent, the Western states, now called the Republic of Pacifica and having allied with Asia, resort to solving their problems at the genetic level, effectively restructuring the DNA of its inhabitants – a method the Atlantic Alliance finds morally reprehensible.

By 2161, it only takes a hint of unauthorized military preparation in Pacifica for the newly restored president to order a strike in the heart of Pacifican territory - an outpost in the now dry San Francisco Bay. This strike leads to the unthinkable: an epic conflict with global implications fought on U.S. soil. As a soldier in this struggle, Mason Briggs uses explosive, terrain-deforming weaponry to change the face of battle: He not only destroys the land in his path, he outright transforms it to gain the strategic advantage in completely unscripted ways no game has ever seen. With such a devastating arsenal at hand, Briggs never leaves any battlefield the way he found it.

In addition to extraordinary weaponry that allows players to do things previously only imagined, each side of the conflict, Pacifica and the Atlantic Alliance, boast soldiers with powers beyond those of ordinary men. Genetic augmentations provide Pacifican forces with amazing abilities, while Atlantic Alliance soldiers like Briggs counter the threat with the more traditional method: cybernetics. The differing states of superhumanity result in balanced yet stylistically different combat tactics that have never been seen before. 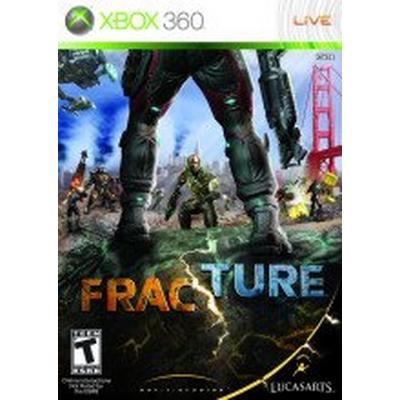 Fracture
Xbox 360
Buy 2 Pre-Owned Games valued $9.99 or less, get 2 more free! Cannot be combined with any other offer. Excludes Retro.