Blood and Gore
Intense Violence
Strong Language
Use of Drugs
Dead Island Riptide is rated 3.9 out of 5 by 87.
Please Choose An Option

Blood and Gore
Intense Violence
Strong Language
Use of Drugs
Dead Island Riptide is rated 3.9 out of 5 by 87.
Please Choose An Option

Trade Value
Select Condition For Availability
They thought they had escaped the terrors of Banoi and survived the apocalypse on a corrupted paradise. Then their fate took a turn for the worse…The Dead Island heroes escaped in a helicopter to the safety of a military ship, but when a furious storm hits and the virus suddenly spreads throughout the crew, the nightmare starts all over again, leaving hope drowning in the rising tides.

Xian Mei is an employee at the Royal Palm Resort, born and raised in China, she chose an occupation that allowed her to leave her country of birth in order to experience different people and cultures - Banoi is her first placement outside of her homeland.

She is a fast learner, intelligent, and also - as a passionate sportswoman - quick on her feet. Having just arrived at the island, Xian Mei was responsible for a myriad of menial tasks at the hotel, before starting work as a receptionist. This opportunity to meet and greet all the different nationalities that visited the hotel was ideal for Xian Mei, as it provided a perfect source of inspiration for her dreams of travelling the globe.

That is of course, before suddenly the world around her begins to crumble...

A one-hit-wonder rap star of fading fame, Sam B was booked by the Royal Palms Resort Hotel to perform his well known song Who do You Voodoo? at a high profile hotel party. He gladly took the chance to play this gig.

Once strong, self-confident and proud, Sam B has had a troubled past and a history of drug and alcohol abuse, as his private life became caught in a haze of fake friends and bad advisors.

Trying to pick up the pieces and earn some extra cash, he suddenly finds himself surrounded by a whole lot of different problems...

A former American football star, spoiled by life and successful in every possible way, Logan's ego finally put an end to his bright future. Taking part in a reckless street race with tragic consequences, Logan not only killed a young woman - his unfortunate passenger; he also fractured his knee, putting an end to his sports career. His fall from stardom inevitably followed and he plunged swiftly into a life of bitterness and despair. In an attempt to get away from the demons hunting him, he gladly takes the chance to experience the beauties and wonders of Banoi.

Soon enough though the getaway he was dreaming about turns into a real life nightmare...

Purna is a former officer of the Sydney Police department. After losing her career when she killed a child molester who could not be touched legally because of his wealth and connections, Purna then turned to working as a bodyguard for VIPs in dangerous places all over the world.

She is hired not just for her skills but her looks as wealthy men did not mind showing up with Purna on their arm.

John Morgan joins the group of survivors in their fight against the Zombies. For years he has trained himself - and become a master - in hand-to-hand combat. His career in the navy has not taken off as he originally had envisioned, so he spends his time as a cook on a military ship. Little does he know that he soon can bring his skills to practice when the ship nears the island of Palanai...

Dead Island Riptide is rated 3.9 out of 5 by 87.
Rated 5 out of 5 by Drewcb from Pretty good Has a few more features then the original dead island.
Rated 1 out of 5 by ANTAWN from Non compatible game in bccompatible box Its not backwards compatible but the box says it is and the store didnt take it back so thanks gamestop
Rated 5 out of 5 by B4L1 from ....... Awsome game it fun and diffecture to play but fun the ending surpise me
Rated 4 out of 5 by Zeff from Zombies I like killing zombies and this game gives me that, they had quite a few things that the first one did Dead Island, so it made it easy to play! I like it!
Rated 5 out of 5 by Mongo466 from Great open environment game Love this game, it is a nice mix of RPG and first person shooter. So far the world seems to be fairly open with only a few areas being closed off until you encounter certain characters. Great for adults but due to language and gore, not a game I would recommend for younger players
Rated 5 out of 5 by donszans from great everythibg Love this game. It's better then the other one I have
Rated 5 out of 5 by Talismon from Great storyline I actually reserved this game before it released. Enjoyed every minute of the game with friends. Was in the mood for a survival horror, and nothing to date comes close to the dead island series. I'm a Resident Evil fan, and that's why I tried Dead Island. I offered a realistic first-person world of Resident Evil. That's what I thought at first. It actually offered more. I hope they make another storyline and bring back their survival horror.
Rated 4 out of 5 by GameKing117 from Good but not perfect The game definitely makes up for its mistakes in the first Dead Island. You gain more money from completing quests and weapons are not as expensive. There are very few problems with this game : 1. Only one character is actually useful. 2. Zombies are somehow able to use weapons and throw them. 3 unless you're playing online you have to do everything by yourself. Even though the game is it's perfect it's fun enough alone and is ( as far as I can tell) the Best zombie game currently available. 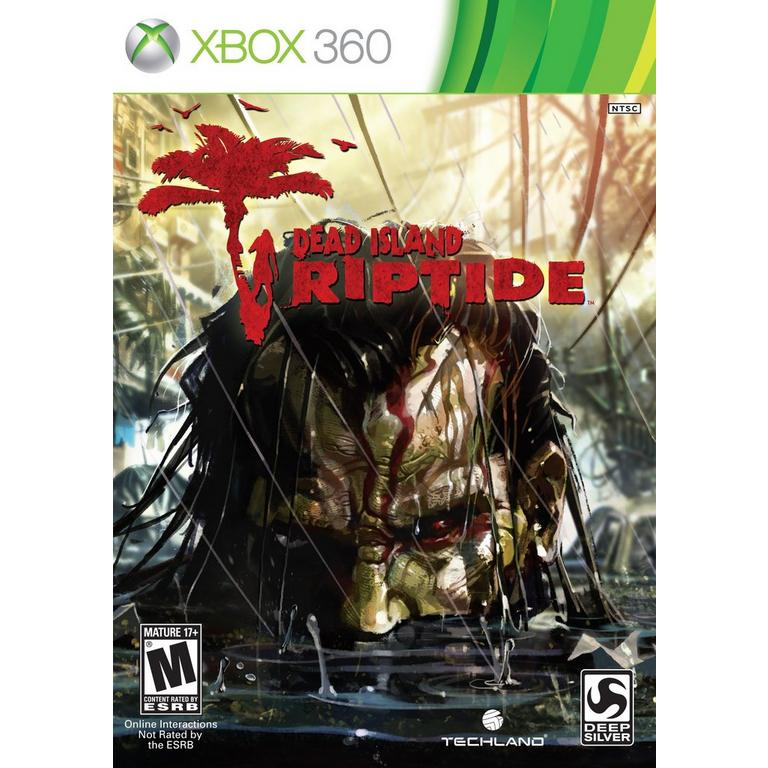