Blood and Gore
Intense Violence
Strong Language
Call of Duty World at War is rated 4.3 out of 5 by 724.

Get it this way:
Free pick up at store with delivery@door
at
No availability within 15 miles. .
Change Store
Everyday Free Shipping $35+
DELIVER TODAY
(FREE on orders >$74.99!)
Learn more
Deliver to
Verify Address Change
Please provide your address to verify you are within our delivery area.
Select Condition For Availability
Buy Together
Call of Duty: World at War completely changes the rules of engagement by redefining WWII gaming and thrusting players into the final tension-filled, unforgiving battles against a new ferocious enemy in the most dangerous and suspenseful action ever seen in WWII. Powered by Call of Duty 4: Modern Warfare technology, Call of Duty: World at War brings an uncensored edge to combat, as soldiers face the most harrowing and climatic European and Pacific battles in which an enemy, who knows no surrender and no retreat, will fight to the last breath, unleashing an arsenal of lethal surprising tactics. Peril and danger lurk throughout the battlefield as players combat the unknown risk of the new chaos of battle.

From the remains of Russia and the ruins of Berlin, to the beach and jungles of the deadly Pacific Theater, the volatile action takes on added depth as players employ new features that previously were only-available in multiplayer, including perks, rankings and online stats in up-to full four-player cooperative gameplay. New infantry and vehicle-based weapons, like the potent flamethrower, bring the battlefield ablaze.

Call of Duty: World at War forces players to survive the final climactic days of a world at war to thwart the advance of Axis powers on multiple fronts from Europe to the Pacific – delivering the hallmark Call of Duty cinematic intensity on a worldwide scale. Play as a U.S. Marine or Russian conscript across a variety of European and Pacific infantry, vehicle and airborne missions. An all new depth of WWII-era combat variety, from the tactics and weapons to the unique and varying locations that traverse the ruins of Western Europe all the way to the harsh, wetlands of Imperial Japan, immerses gamers into an adrenaline-filled, epic struggle.

“No One Fights Alone” takes on new meaning as players can complete the entire single player campaign with up to four players online or two players via split-screen (both online and offline). Strategizing with others provides gameplay diversity, replayability and engagement. Complete unique co-op challenges to earn rewards and bragging rights. The title takes the perks, rankings and online stats that players love in multiplayer and builds them into the cooperative campaign as well, adding even more variety, replayability and continuous fun.

Can you play this on and Xbox one?

Can I still play even though I don't have Xbox Live

Asked by: Martinez619
Yes, you can play offline activities such as campaign, and possibly the split screen mode with a friend.
Answered by: Sailboarder

is this a digital download or a disk delivered

Can I pick it up

Asked by: Ltlickme450
it is only at certain game stops so if I was you I would just order it
Answered by: jackie27

Does it come with original case?

Asked by: Warlord00
Thanks for your question! Unfortunately, we cannot guarantee that our pre-owned games come with the original box, artwork or manual.
Answered by: GameStopTeam23

Does this game come with any dlc packs

Asked by: Claimedglue
No DLC packs come included with the base game, but you can buy 3 map packs for $10 each
Answered by: BlockMarcus90

Is the internet required to play this game??

Asked by: Bert84
Just for multiplayer but you can play zombies and campaign fine
Answered by: BMXrider829

Will my Xbox one s accept this game? 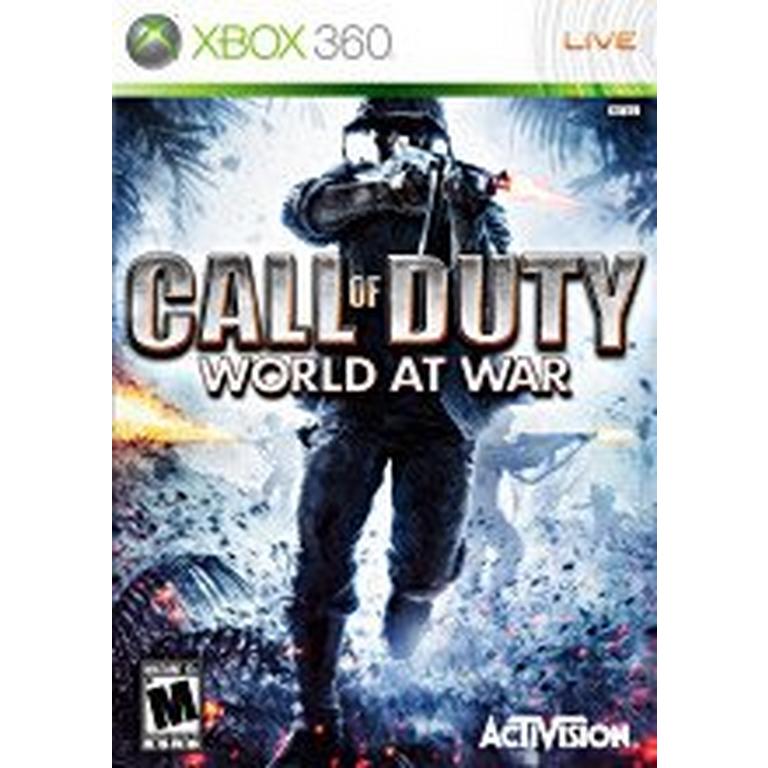