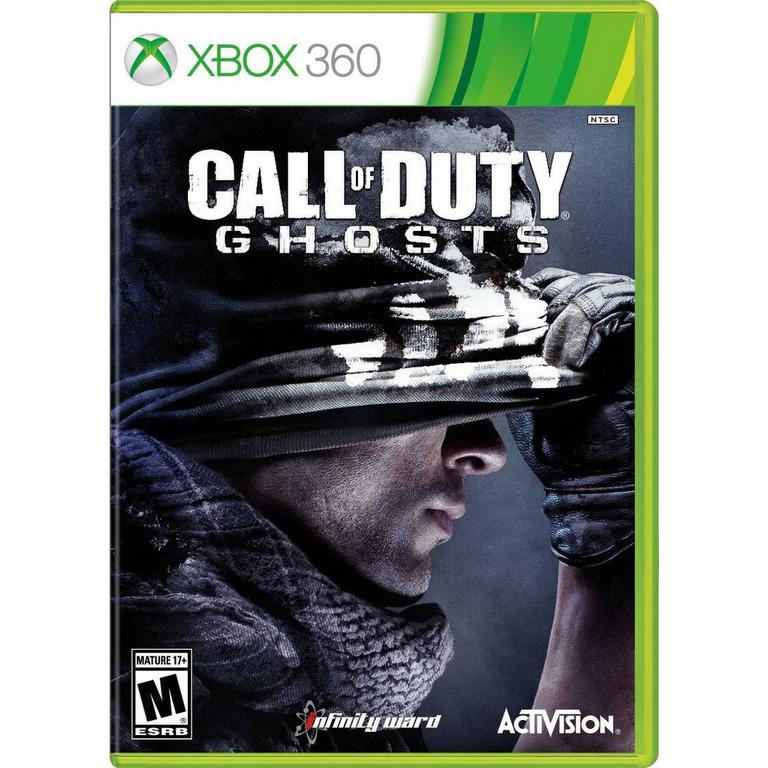 Outnumbered and outgunned, but not outmatched.

Call of Duty®: Ghosts is an extraordinary step forward for one of the largest entertainment franchises of all-time. This new chapter in the Call of Duty® franchise features a new dynamic where players are on the side of a crippled nation fighting not for freedom, or liberty, but simply to survive. Fueling this all new Call of Duty experience, the franchise's new next-gen engine delivers stunning levels of immersion and performance, all while maintaining the speed and fluidity of 60 frames-per-second across all platforms.

Ten years after a devastating mass event, America's borders and the balance of global power have changed forever. As what's left of the nation's Special Operations forces, a mysterious group known only as Ghosts leads the fight back against a newly emerged, technologically-superior global power. A New Call of Duty Universe: For the first time in franchise history, players will take on the underdog role with Call of Duty: Ghosts; outnumbered and outgunned, players must fight to reclaim a fallen nation in an intensely personal narrative. Gamers will get to know an entirely new cast of characters and visit locales in a changed world unlike anything seen in Call of Duty® before.

In Call of Duty: Ghosts you don't just create a class, you create a soldier, a first for the franchise. In the new Create-A-Soldier system, players can change the physical appearance of their soldier by choosing the head, body type, head-gear and equipment, and for the first time in a Call of Duty® game, the player can also choose their gender. With 20,000 possible combinations, this is the most flexible and comprehensive character customization in Call of Duty history.

New dynamic maps are the evolution of multiplayer. They include interactive elements and player triggered events that make the environment evolve as each match goes on. The entire landscape can shift and force players to change tactics and strategies.

Call of Duty: Ghosts delivers over 20 NEW Kill Streaks in Call of Duty: Ghosts - such as Juggernaut Maniac, the Helo Scout, the Vulture and the ODIN Strike. Players can even bring in guard dog Riley, from the single-player campaign, to protect and also to attack enemies. There are also over 30 NEW weapons, including an entirely new weapon class: Marksman Rifles.

Build your team and take up to 6 of them into battle in the all new Squads mode. This mode takes the best parts of the multiplayer experience and allows you to play either solo or cooperatively with the custom soldiers created and leveled up in multiplayer.

The load-out choices you make for your Squad members will directly change the AI behavior of your squad-mates. Give your soldier a sniper rifle and he'll behave like a sniper, and an SMG guy will be more run and gun.

Teamwork and communication are essential when playing Extinction, as your team faces an inhuman menace that has overrun an isolated Colorado town and you must eliminate the threat via any means necessary. 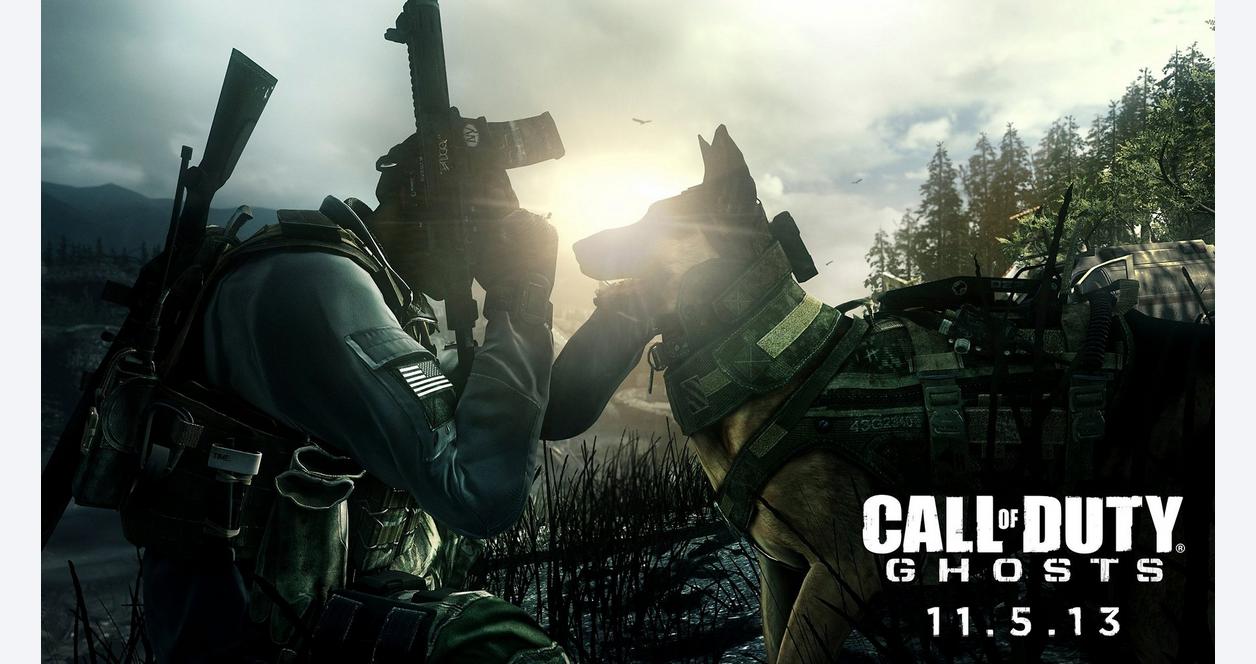 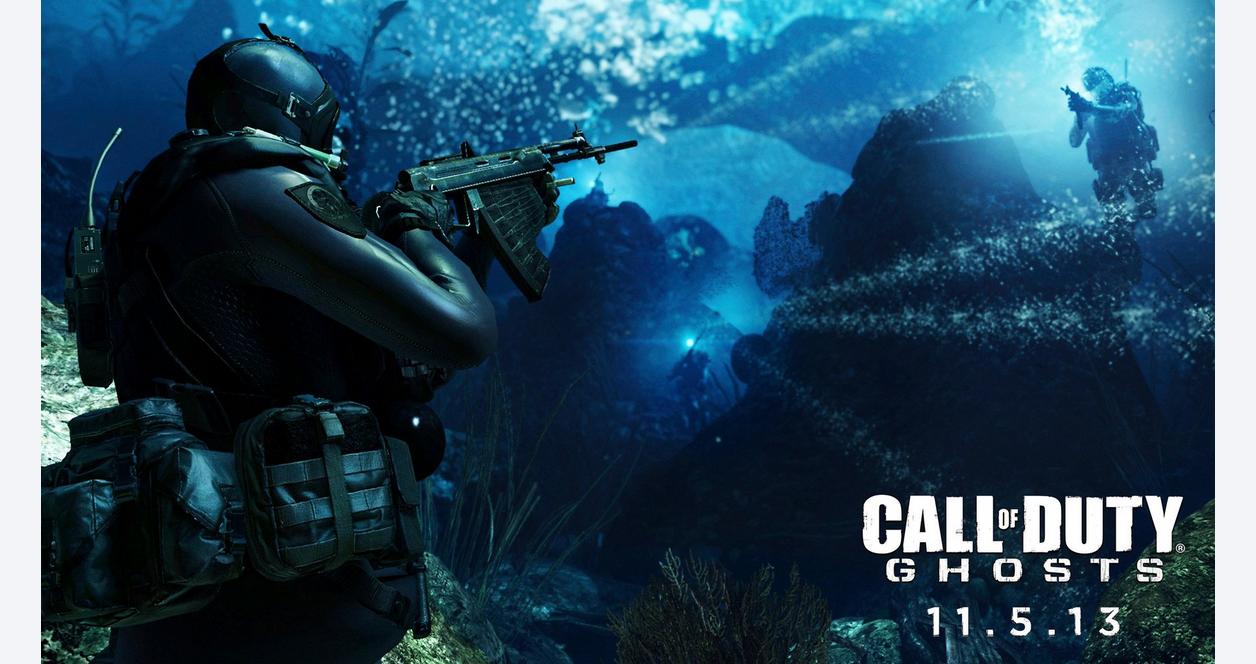 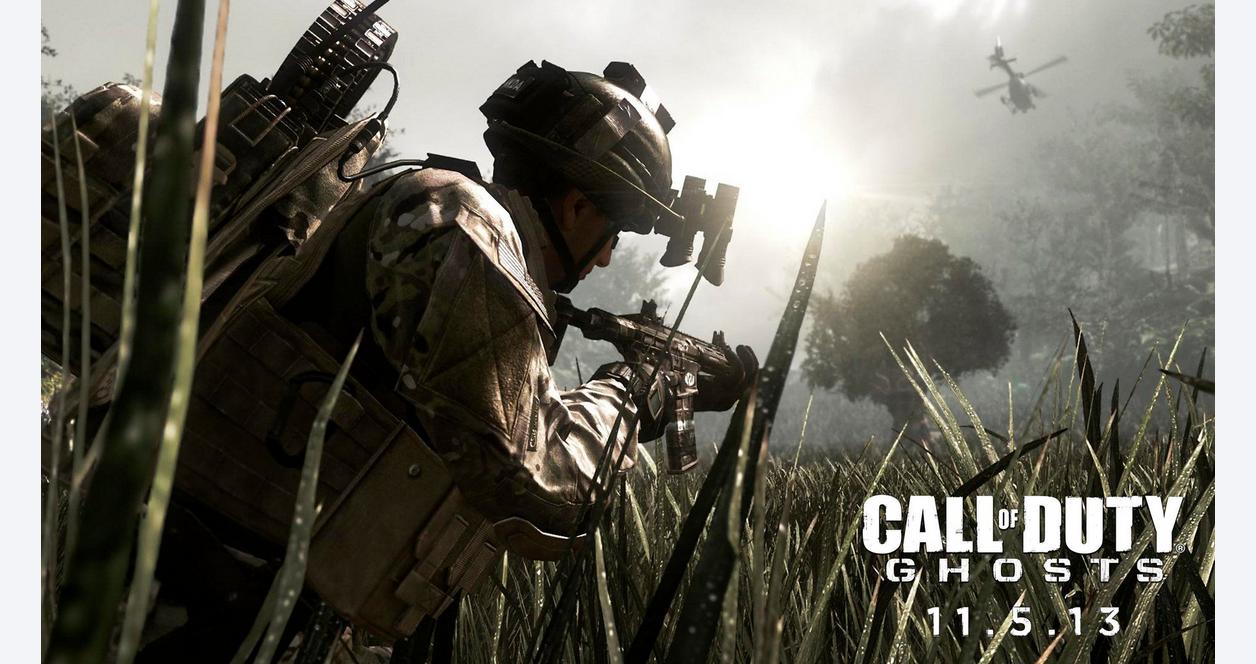 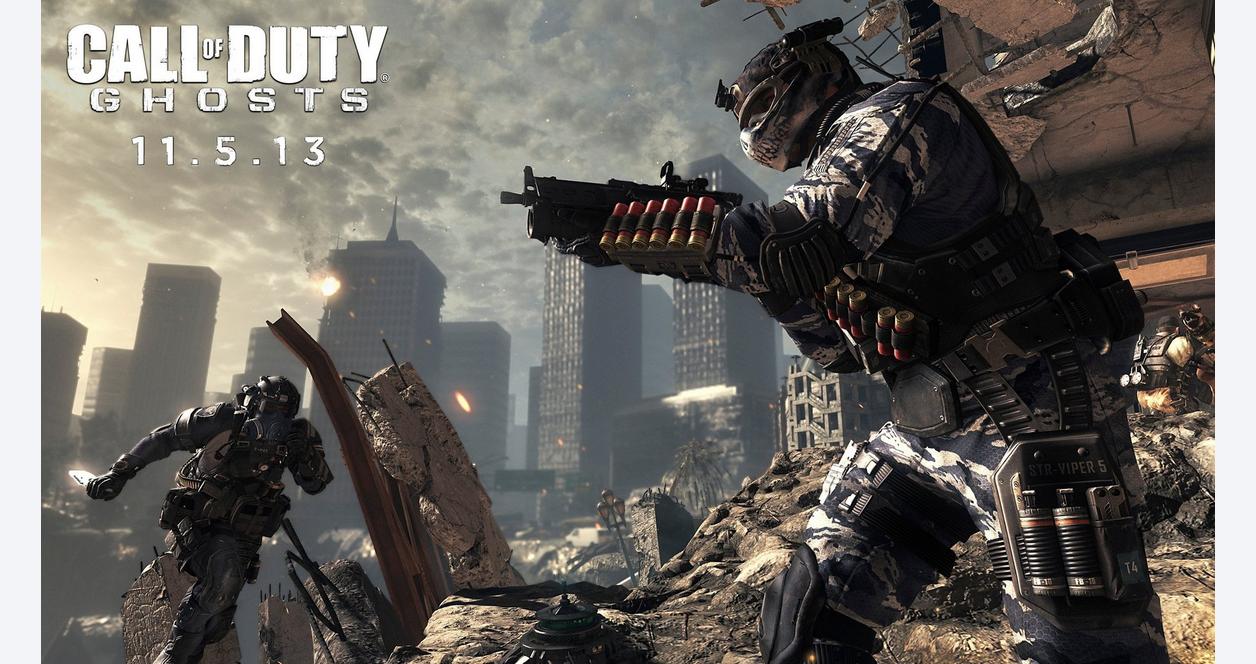 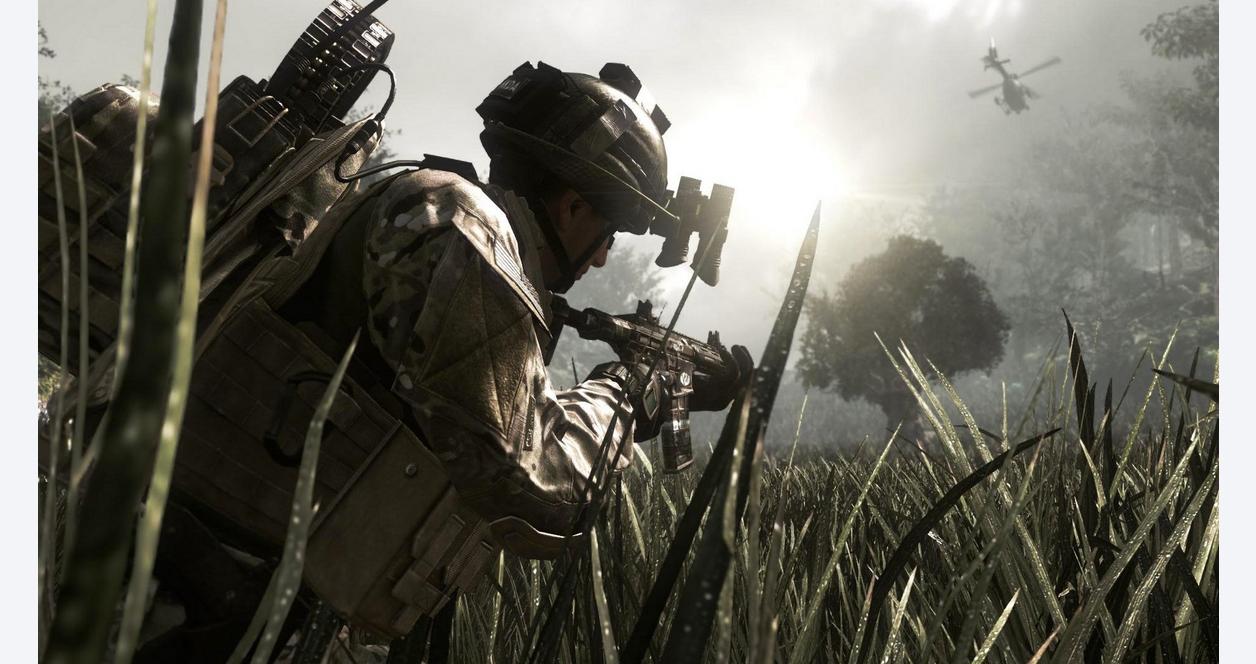 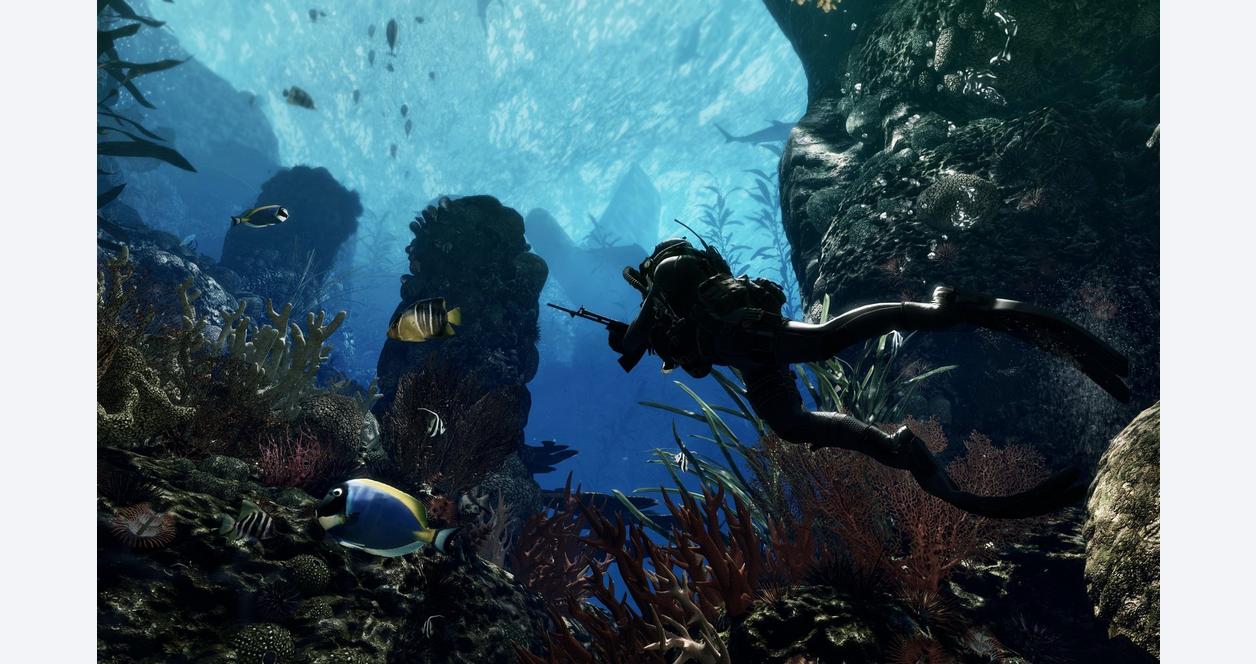 I just purchased this disc &amp; I have Xbox One it&rsquo;s not working it&rsquo;s saying it a Xbox 360 dame disc but the reviews did say u could play it on Xbox one What Do I Do

Asked by: Kizzle24
Probably you got the wrong disc, you need disc 1 not 2
Answered by: SuperMan124

Are there bots in multiplayer?

Asked by: Trikk_SnipeZz
Yes there is and the online servers are still up if I recall
Answered by: XxShAdOwxX420

Can you customize classes?

Asked by: PlayfulMeteor51
Yes only in multiplayer
Answered by: XxShAdOwxX420

Is this game for xbox one it says xbox but not on game.

Asked by: granny8462
Thank you for the question granny8462. This game is playable on the Xbox One via backwards compatibility.
Answered by: GameStopTeam

Do you need xbox libe for multiplayer

Asked by: Fhhdvrvrvv
Thank you for your question! Yes, Xbox Live is required for multiplayer.
Answered by: GameStopTeam23

Can this game be played on Xbox One? It says platforms Xbox, Xbox One but the cover only says Xbox?

Asked by: SunnyFTW
Yes it can just put it in the xbox one
Answered by: Wilbur dat cat

Hi, i need your advice little bit.i would to buy some bunch of games. what is online only means some games having , some doesn't, so what is the difference? &amp; is this price is only for online or i will get same if i am visiting store directly.