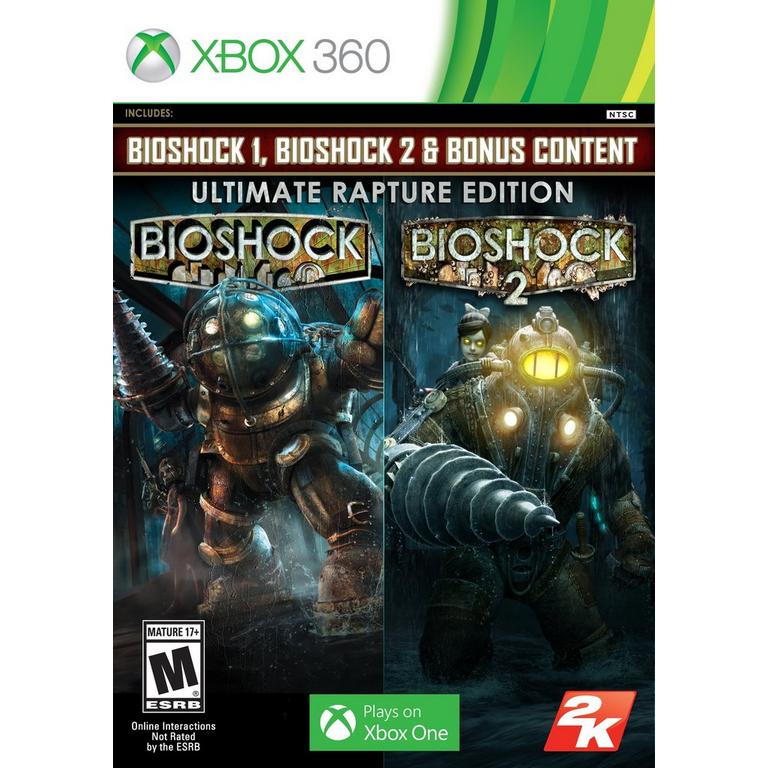 The BioShock: Ultimate Rapture Edition includes the critically-acclaimed BioShock, BioShock 2 and add-on content for both games valued at more than $40. It also includes a trip to the never-before-seen Museum of Orphaned Concepts, providing a rare look at early concept art and character models that never made it into BioShock.
More Details Less Details 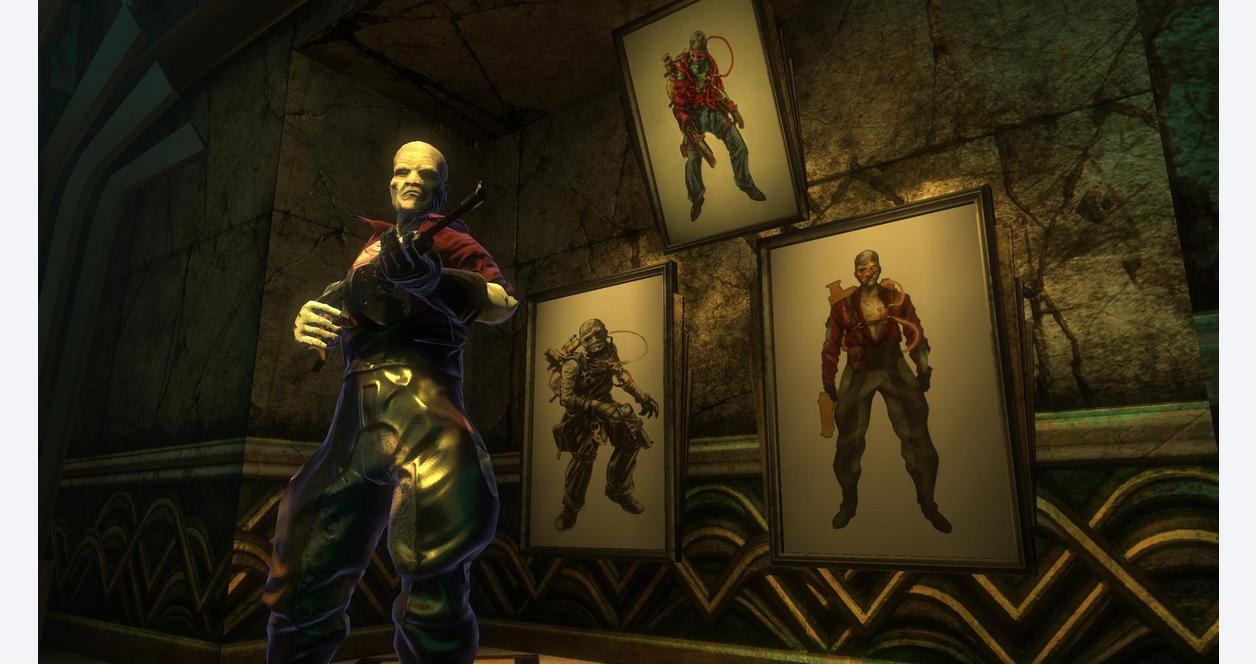 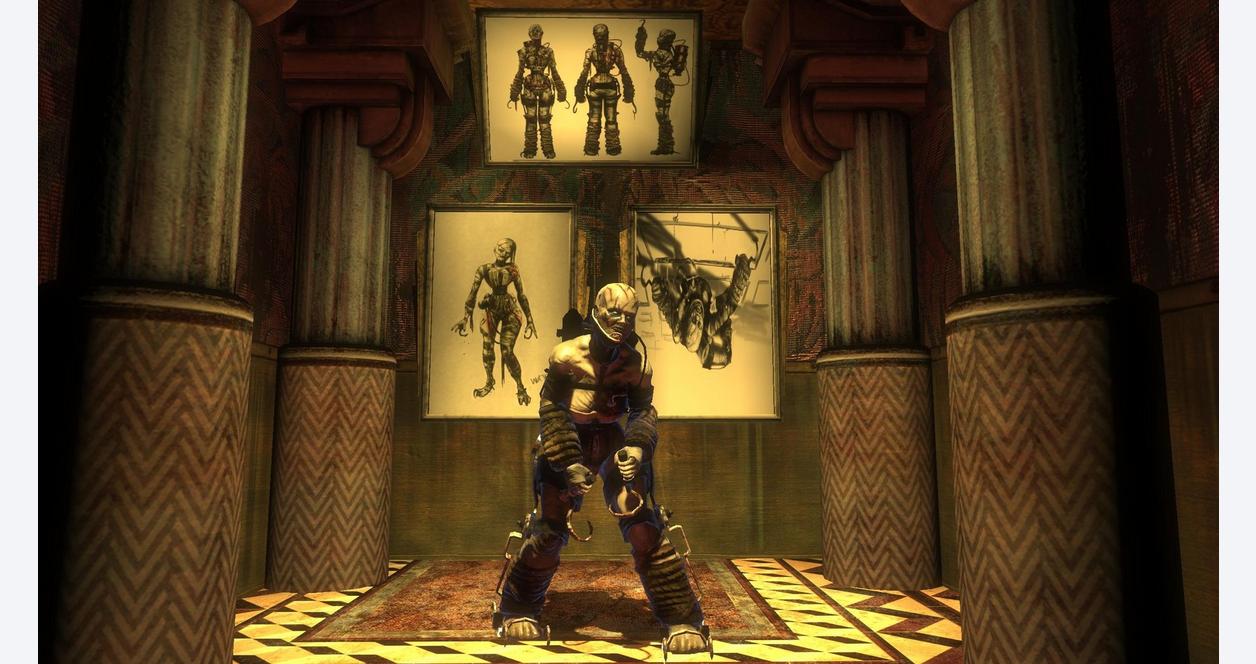 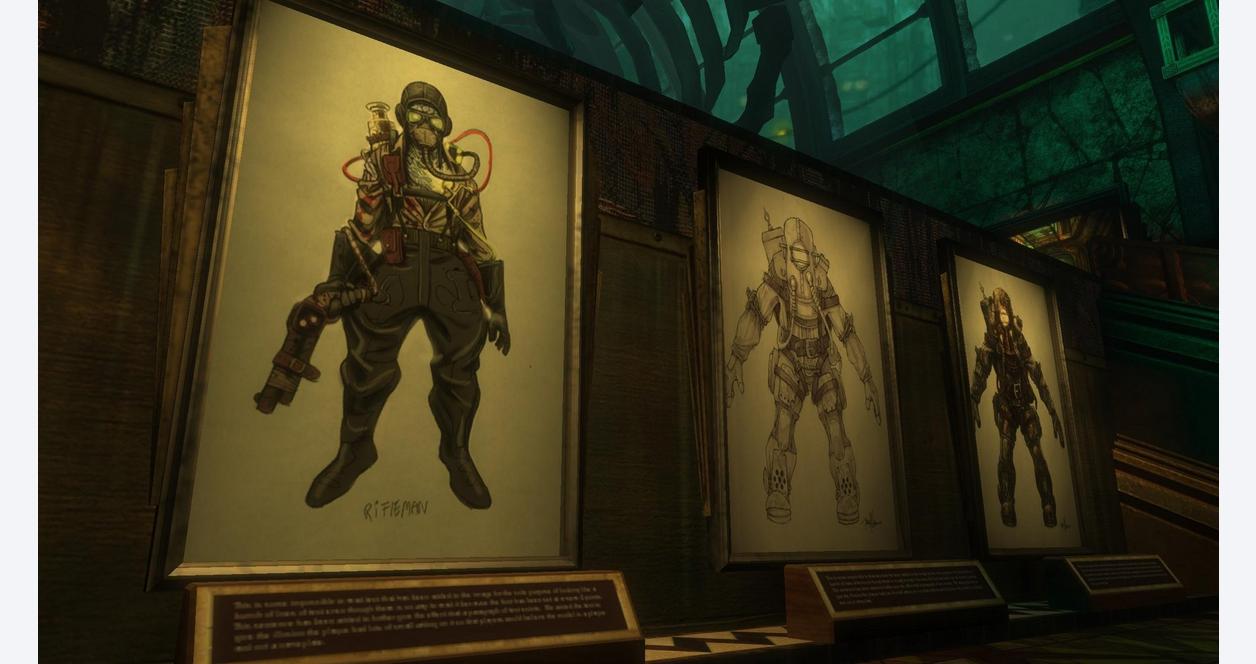 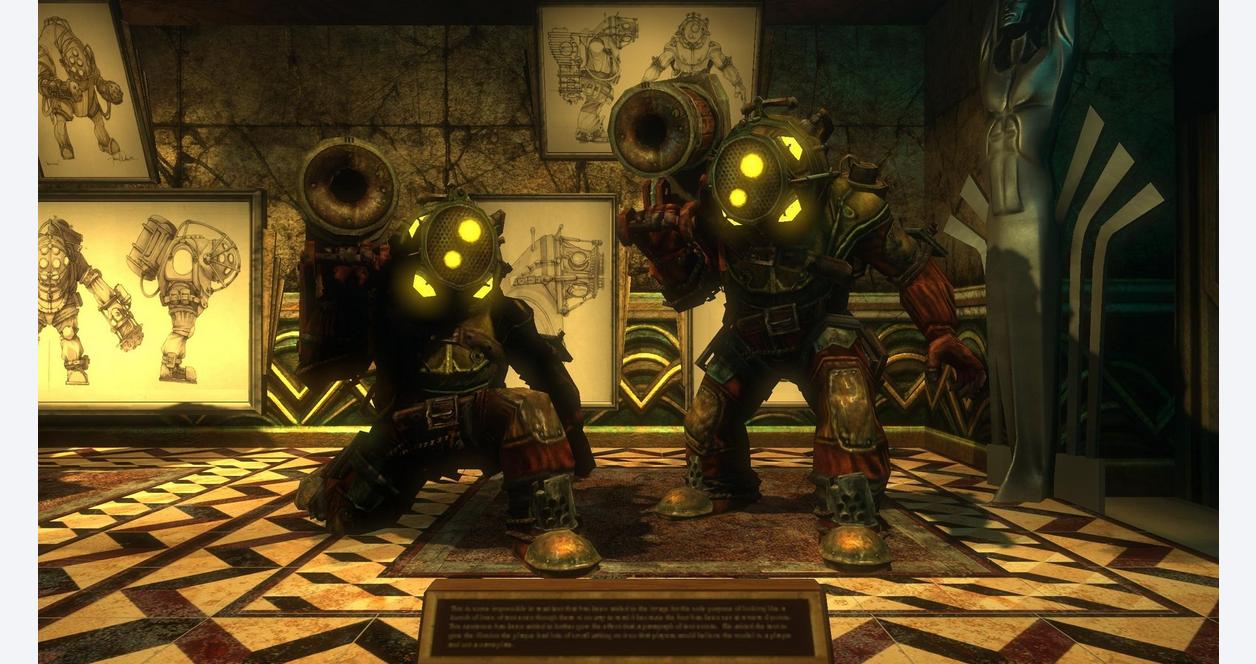 Now playable on Xbox One via Backward Compatibility

This premium pack is an awesome primer for those who have not yet experienced BioShock, but have already heard the advance praise for BioShock Infinite. The BioShock: Ultimate Rapture Edition brings the complete experience of this critically acclaimed franchise to gamers looking to explore Rapture before discovering Columbia.

In addition to BioShock and BioShock 2, the BioShock: Ultimate Rapture Edition includes more than $40 of add-on content for both games:

Museum of Orphaned Concepts: Take a tour of a never-before-seen BioShock museum and view early concept art, character models and more set within the halls of Rapture.

Originally released in 2007 and winner of multiple Game of the Year awards, BioShock is a genetically enhanced first-person shooter set in Rapture, a decaying art deco underwater utopia torn apart by civil war. Caught between powerful forces and hunted down by genetically modified splicers and deadly security systems, players have to come to grips with a deadly, mysterious world filled with powerful technology, fascinating characters and morality defining choices. To make it to the end, players can turn everything they encounter into a weapon, biologically modify their body with Plasmids, hack devices and security systems, upgrade weapons, craft new ammo variants, and experiment with different battle techniques. No encounter ever plays out the same and no two gamers will play BioShock the same way.

Originally released in 2010, BioShock 2 features an unsettling storyline, dazzling visual design and the evolution of the genetically enhanced shooter gameplay. Set almost a decade after a grueling civil war consumed the once magnificent city of Rapture, evil reverberates through the halls and a wickedness once thought gone forever returns along the Atlantic seaboard. An unspeakable series of kidnappings from local seaside communities by an unseen monster leads to the repopulation of Little Sisters in Rapture's failed utopia under the ocean. Players must step into the boots of one of gaming's most iconic characters, the Big Daddy, as they traverse the fallen city, fending off attacks from an army of genetically modified Splicers, while searching for escape and the key to their survival.

BioShock Ultimate Rapture Edition is rated 4.6 out of 5 by 42.
Rated 5 out of 5 by Brandon Brookshire from Graetest game ever I loved it it had everything I needed the games plus the DLCs
Rated 5 out of 5 by Kshawn from Good game with all discs The game discs were in perfect condition. The box was alittle torn up though
Rated 4 out of 5 by Electric Lunchbox from It's Bioshock. A true classic of modern games. How can you go wrong with Bioshock. Great adventure with great story.
Rated 5 out of 5 by Brandie91 from Love I absolutely love the bioshock games i wish there were more
Rated 1 out of 5 by Robot jones from A decent time in the mall I bought this game in an aftermarket package two of the disc came in a sleeve one was scratched beyond recognition
Rated 5 out of 5 by Gamegoddess89 from Two great games with all dlc for a great price! i'd recommend this collection to fans of bioshock or people just looking to try bioshock for the first time because you get both bioshock and bioshock 2 and all the add on content for both in this awesome set for such a great price! you'd be getting more than your money's worth!
Rated 4 out of 5 by atomiclightning from great game for any kind of gamer. this series is a great one. the first bioshock is worth the twenty alone, you get a lot of dlc in the package. for the first one the second one i didnt really use due to it being mainly multiplayer, the first bioshock was great i logged in about 12-13 hours which is great. the second bioshock i beat in 3 hours so for 20 bucks you can get around 15-24 hours of gameplay, wich comes around 1 follar an hour which is great if you really think about the first bioshock is more fun but the second bioshock has a better storyline so they balance each other well
Rated 5 out of 5 by XTGCAchillies from Amazing I had got this when I finished working for my family yesterday and I have been addicted to it. It makes me sad that I already beat the first one. On to the game it was amazing because of main plot it has a huge twist and one heck of an ending hope you people get it. By the way I still haven't finished Bioshock 2 and Infinite. 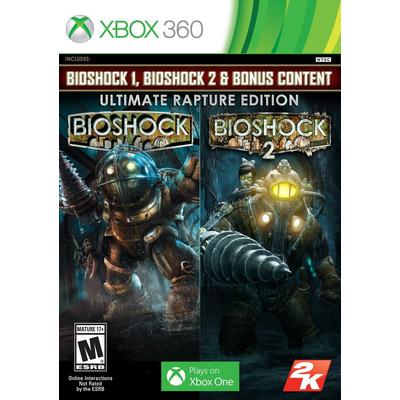