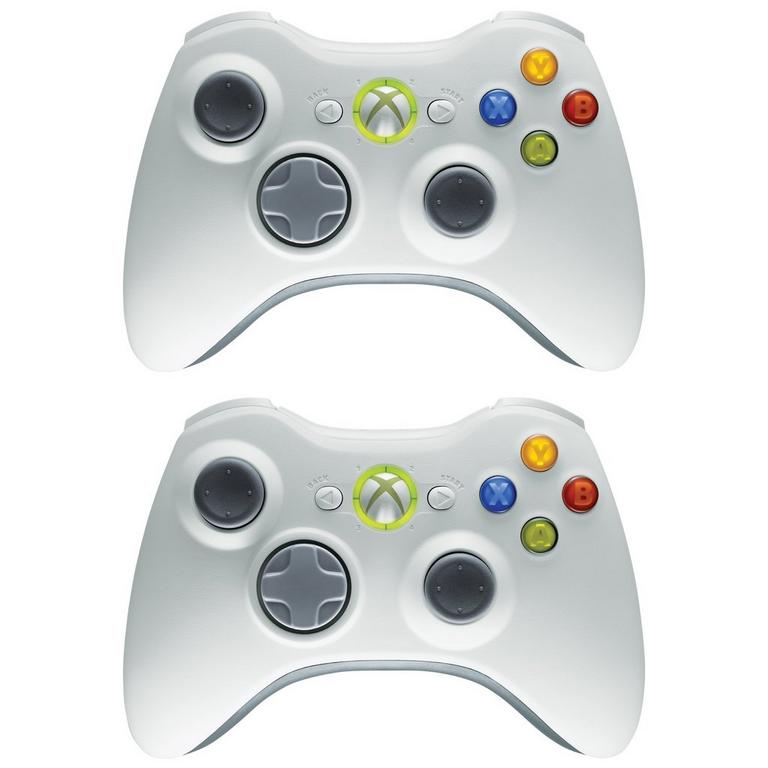 Xbox 360 Wireless Controller Blast from the Past Bundle (Used)

*Style and color may vary from picture shown. This bundle cannot ship to a PO Box or APO/FPO address. Not applicable for return on any products that were sold as part of a bundle, unless the bundle is returned complete and in sealed new condition.

The Xbox 360 Wireless Controller Blast from the Past Bundle includes:

The Xbox 360 Wireless Controller Blast from the Past Bundle includes: 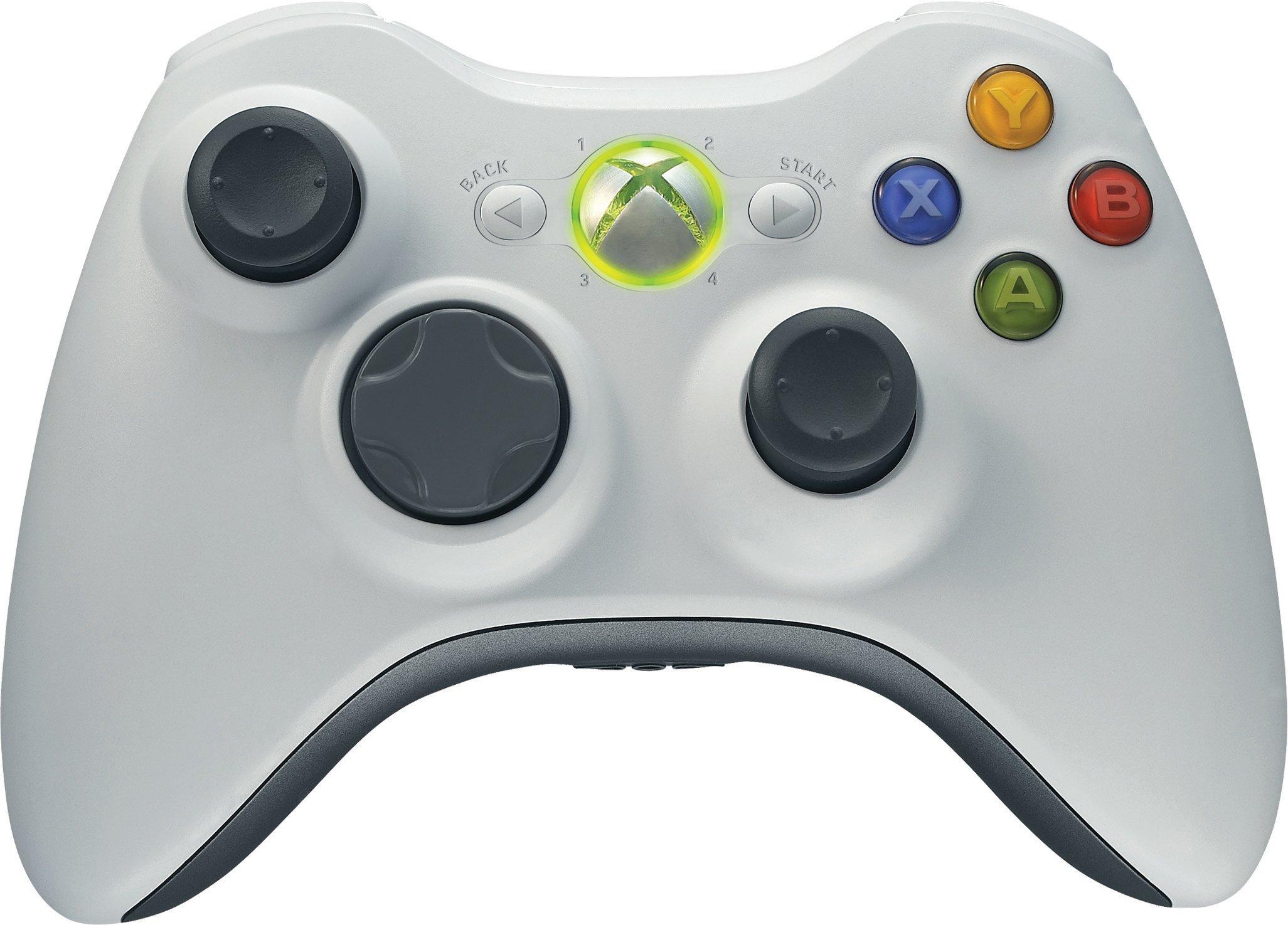 This award-winning Wireless Controller ushers in the next generation of wireless gaming. It boasts revolutionary precision, speed, accuracy, and rumble feedback - all with wireless freedom! With quick access to Xbox 360 features including DVDs, music, pictures, and more, along with the ability to support four wireless controllers simultaneously, gamers can experience wireless freedom, precision, high quality, and performance for endless gameplay. *Style and color may vary from picture shown.

Xbox 360 Wireless Controller Blast from the Past Bundle Used is rated 3.6 out of 5 by 29.
Rated 2 out of 5 by Bska from Ew Both controllers are fully functioning but one of them smells like literal buttholee and no matter what I use to clean it, it won’t go away.
Rated 3 out of 5 by court135 from Working Xbox 360 Controllers worked well but were pretty dirty upon receiving them. one controller i had to clean where the batteries go because they would not work.
Rated 2 out of 5 by CleatusB from Not good Only one works! The other is glitchy and turns on but won’t last.
Rated 2 out of 5 by Heather st from Sucks These remotes looked like a toddler was eating honey then started using them. They were nasty. Y’all could have cleaned them. Plus I thought they would come with some kind of battery or one that can be charged. Never again.
Rated 4 out of 5 by JLTZ from Great value - wrong color I thought we're going to be white, but they work perfectly. Made a great Christmas gift!
Rated 3 out of 5 by Mom of 5 monsters from Controllers Didn't come with the cords or rechargable battery packs but still work fine.
Rated 4 out of 5 by Davidr_cd from Good! But luck Bit of luck factor plays, however if let’s say one controller doesn’t work, take it to a store, exchange is pretty seamless.
Rated 1 out of 5 by Leo4567 from One controller didn't even turn on The controls are used so i didn't expect much. Light scratches but clean. The buttons feel like they are about to get stuck but dont... at least not yet. Like ive mentioned, this is to be expected, what i didn't expect was that one of the controls didn't even turn on. Had to go in person to get it replaced at a local gamestop.would i buy them again? no.

Do these require batteries or are they rechargeable?

Asked by: bankchica78
They need batteries but I use the rechargeable pack.
Answered by: Priest13

Are these original xbox 360 controllers that can cennect to the seperate wire to system method? do they come with removable wires/ system cables?

Asked by: Yung Pro
They&rsquo;re wireless. If you have a cord you can connect them.
Answered by: gamergal3

Are these ORIGINAL Microsoft made controllers? Does it say 'Microsoft' between the RB and LB buttons at the top? The description said 'Style and color may vary' so I wonder if Gamestop may send a third party controller which won't be as good.

Asked by: JimTX
I believe they were genuine controllers; however one of them did not work. &nbsp;I mailed it back for a replacement and never received it.&nbsp;
Answered by: Julie10 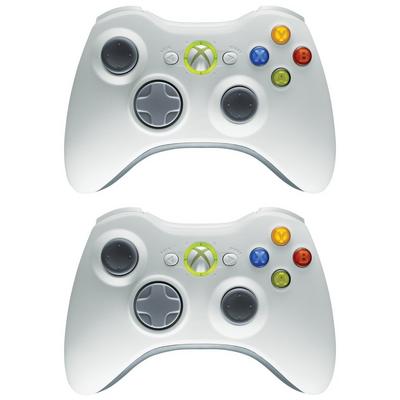