Help
The Legend of Zelda: Breath of the Wild Expansion Pass The Legend of Zelda: Breath of the Wild Expansion Pass

Fantasy Violence
Mild Suggestive Themes
Use of Alcohol
Nintendo
The Legend of Zelda Breath of the Wild Expansion Pass is rated 4.4 out of 5 by 35.
$19.99
Digital
$19.99

DLC Pack 1: The Master Trials will include the following:

DLC Pack 2: The Champions' Ballad will include the following: 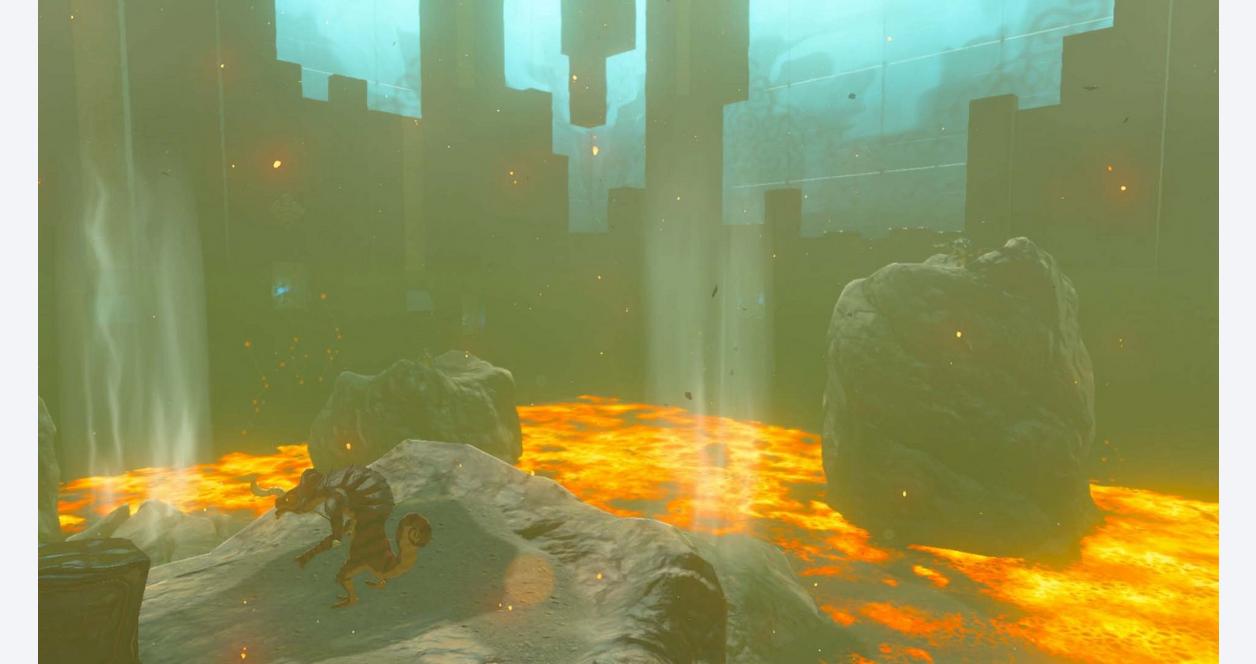 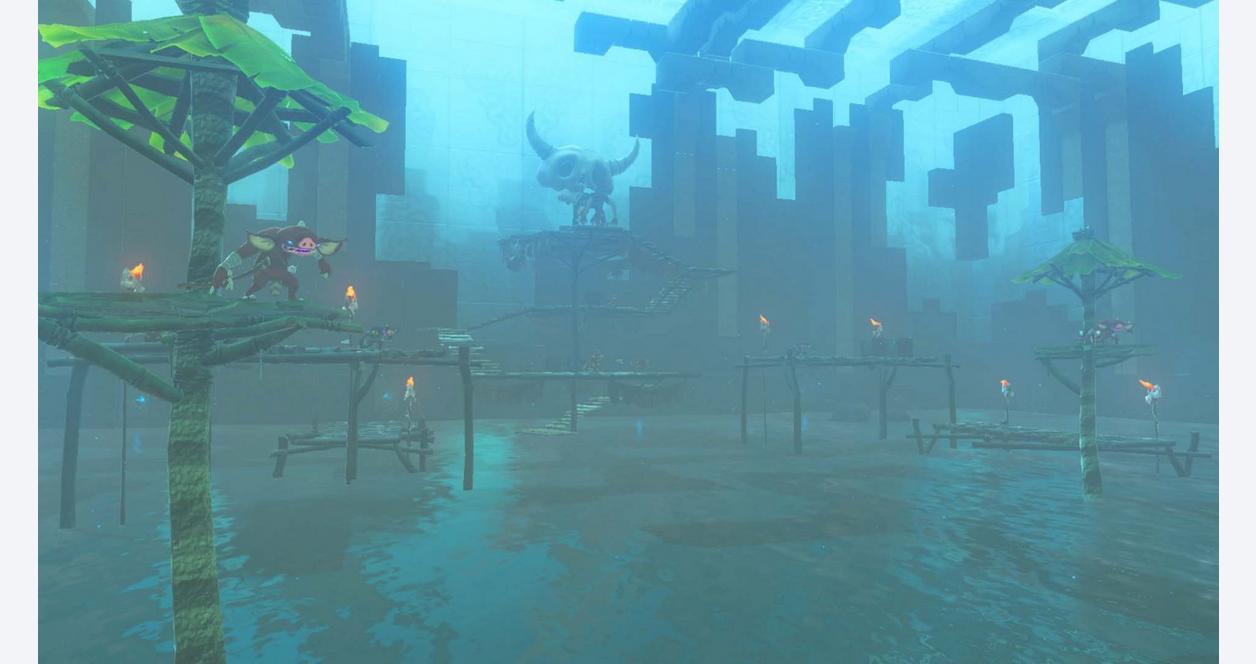 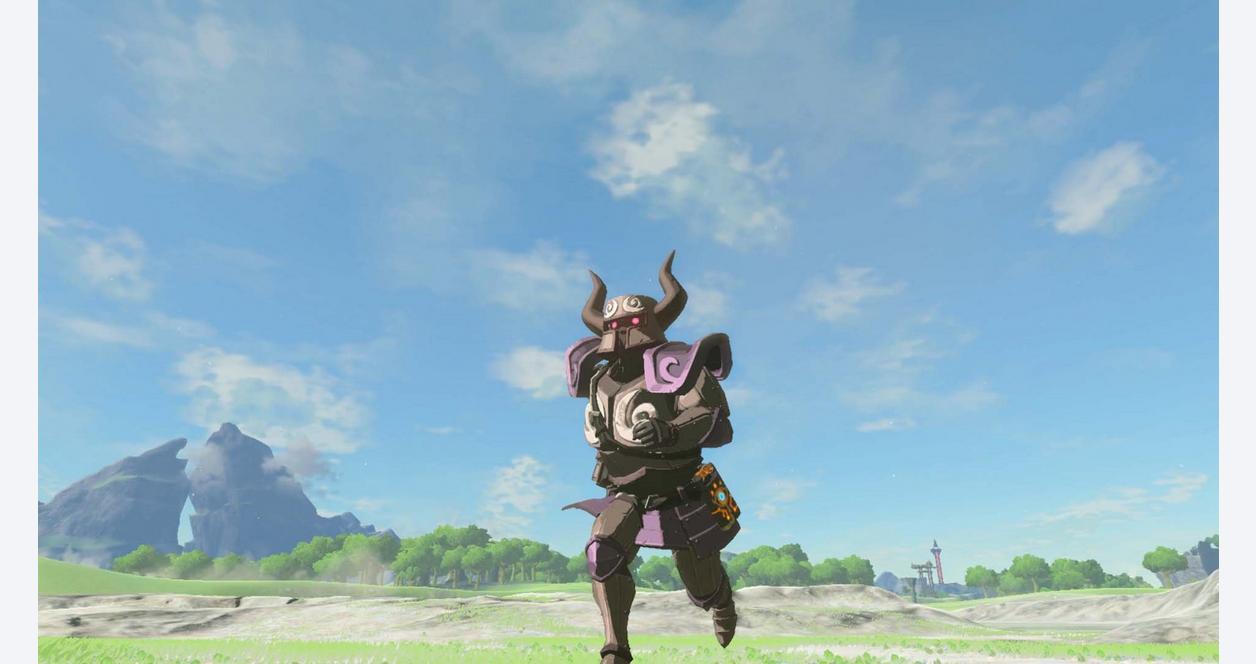 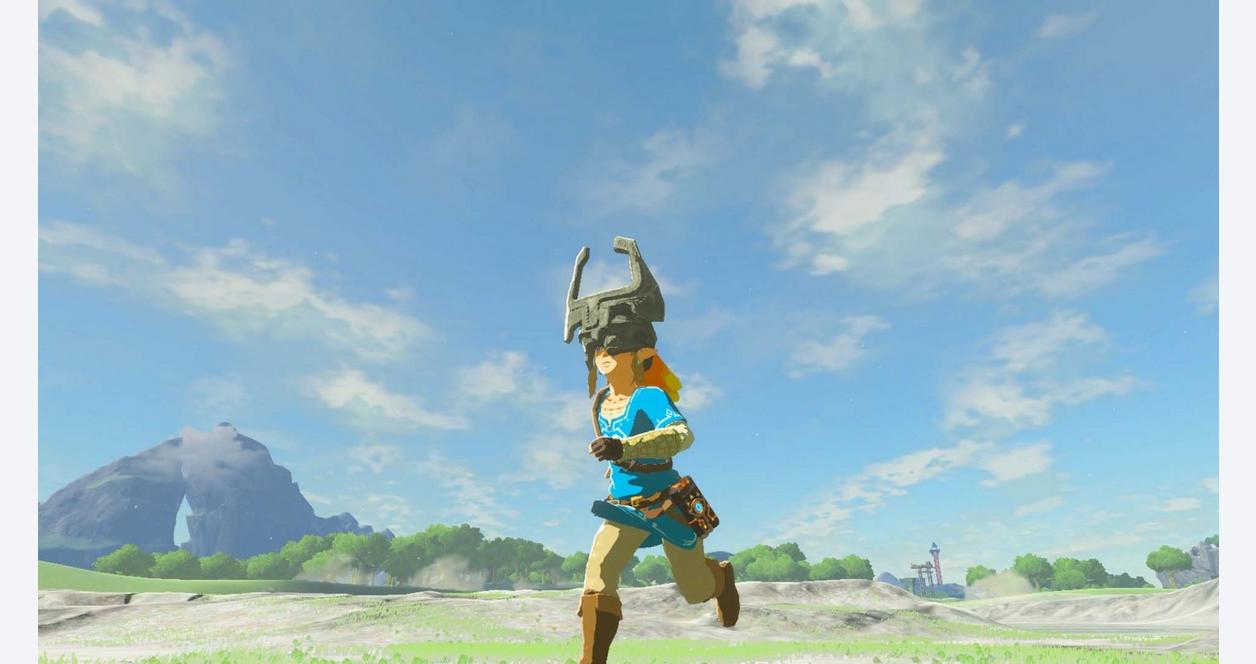 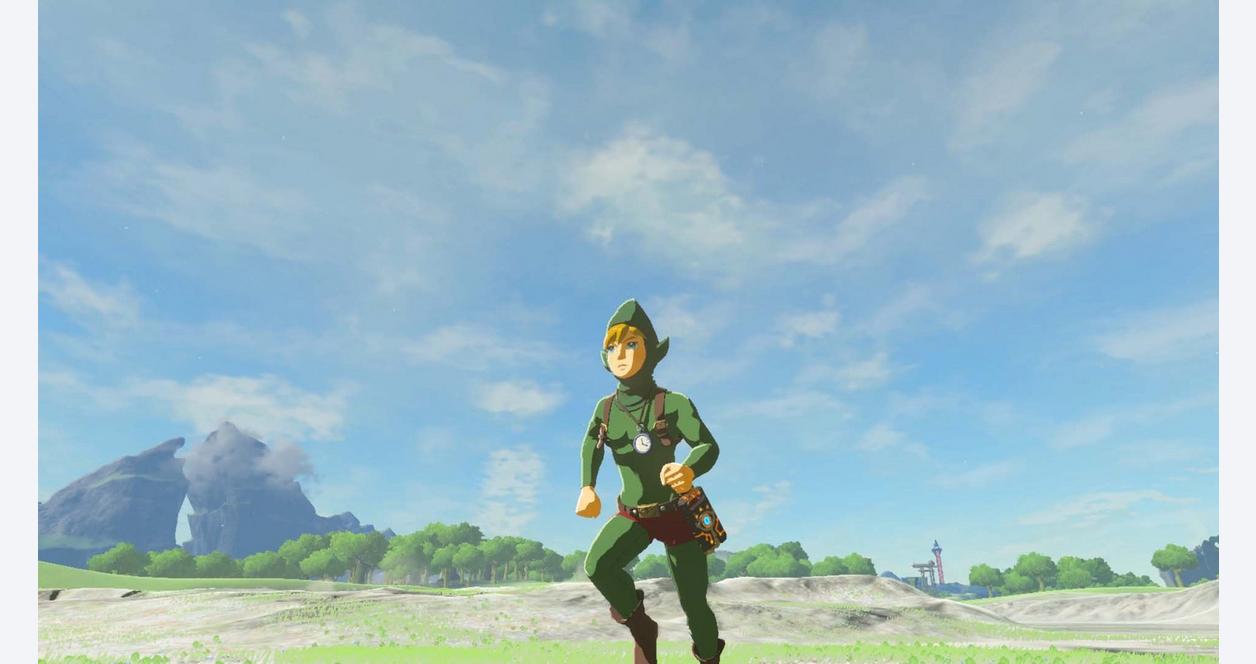 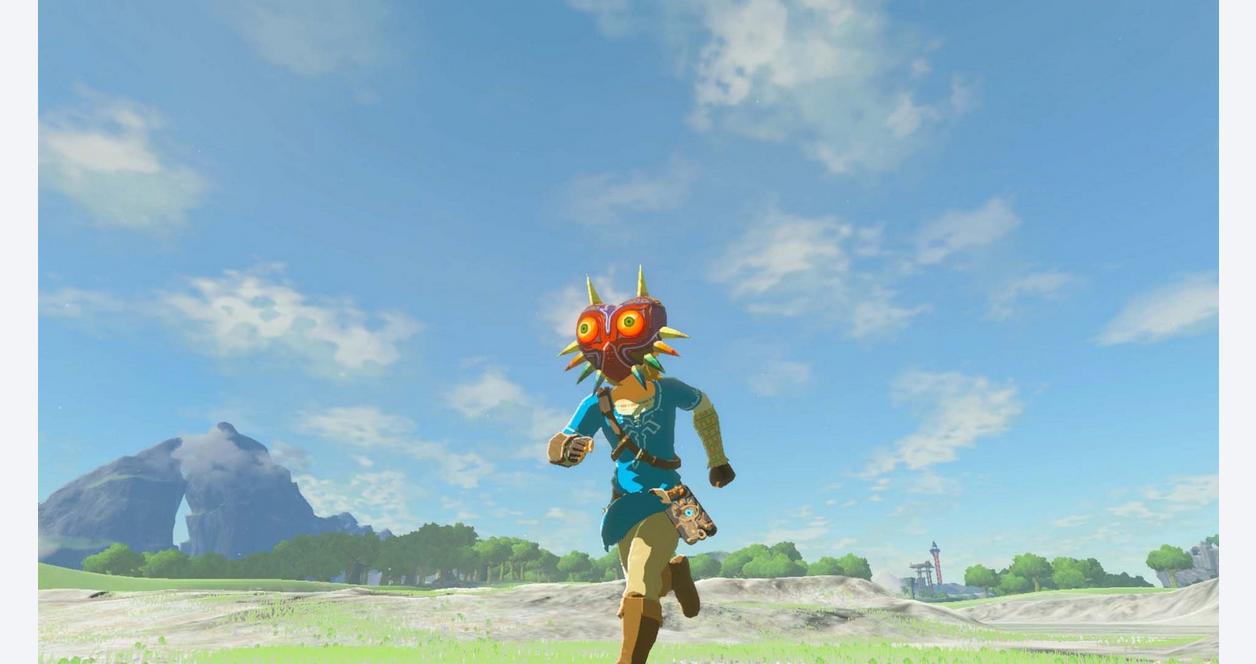 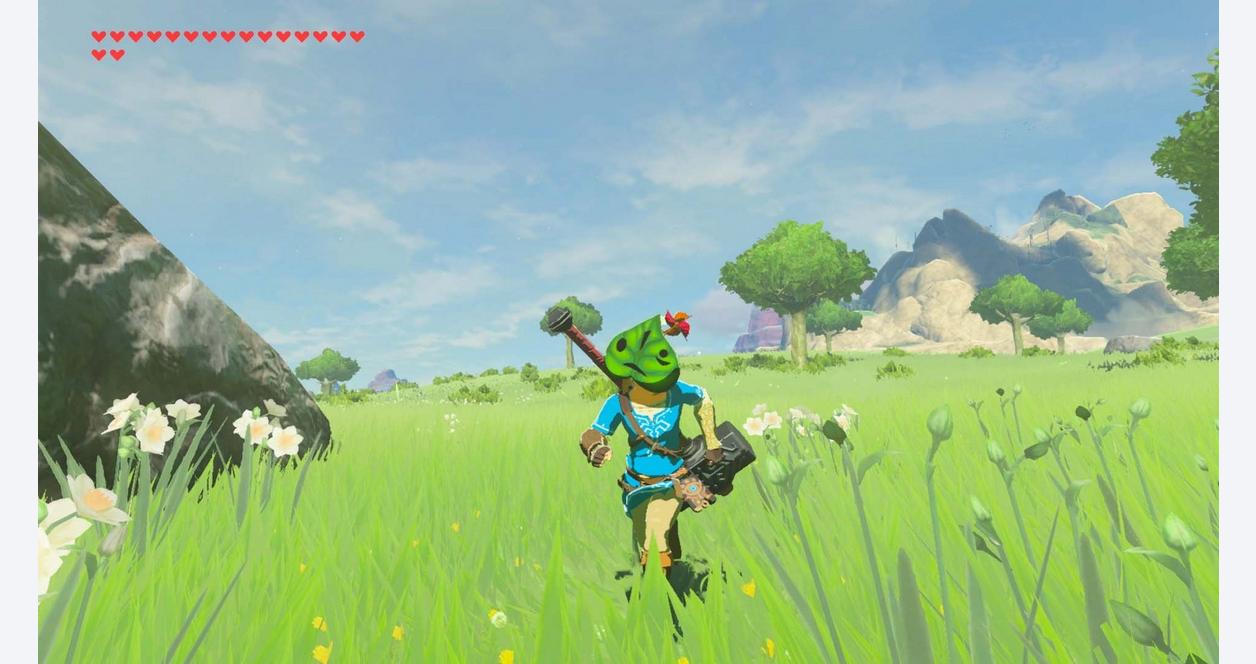 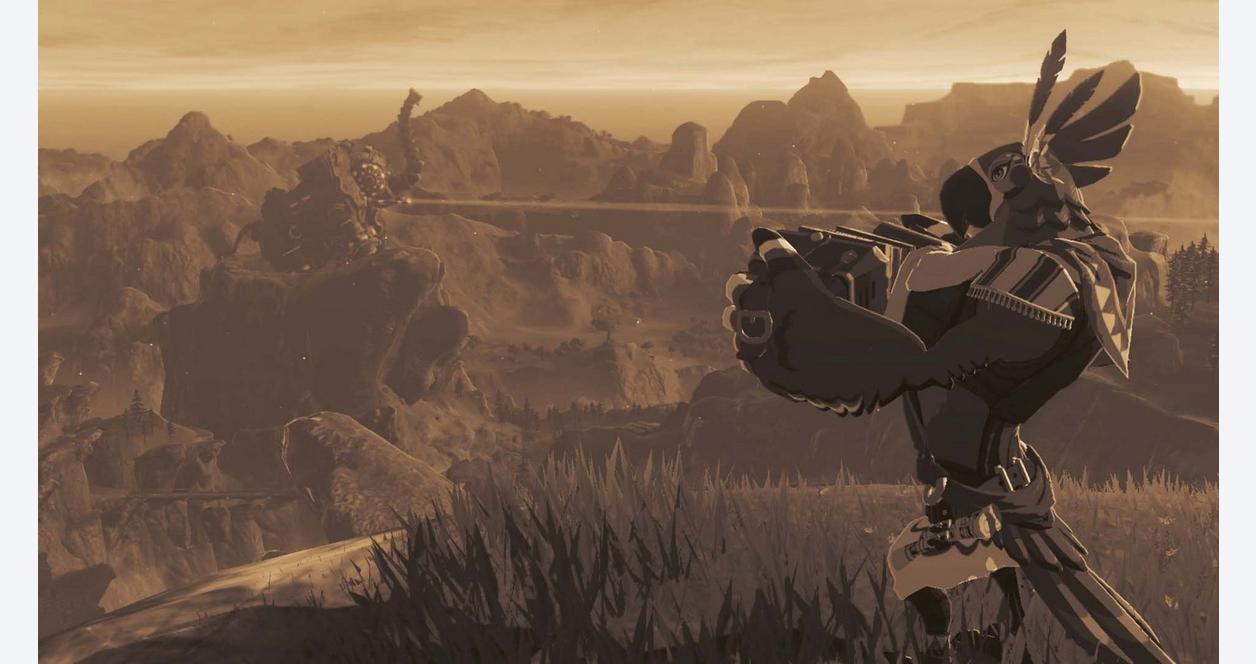 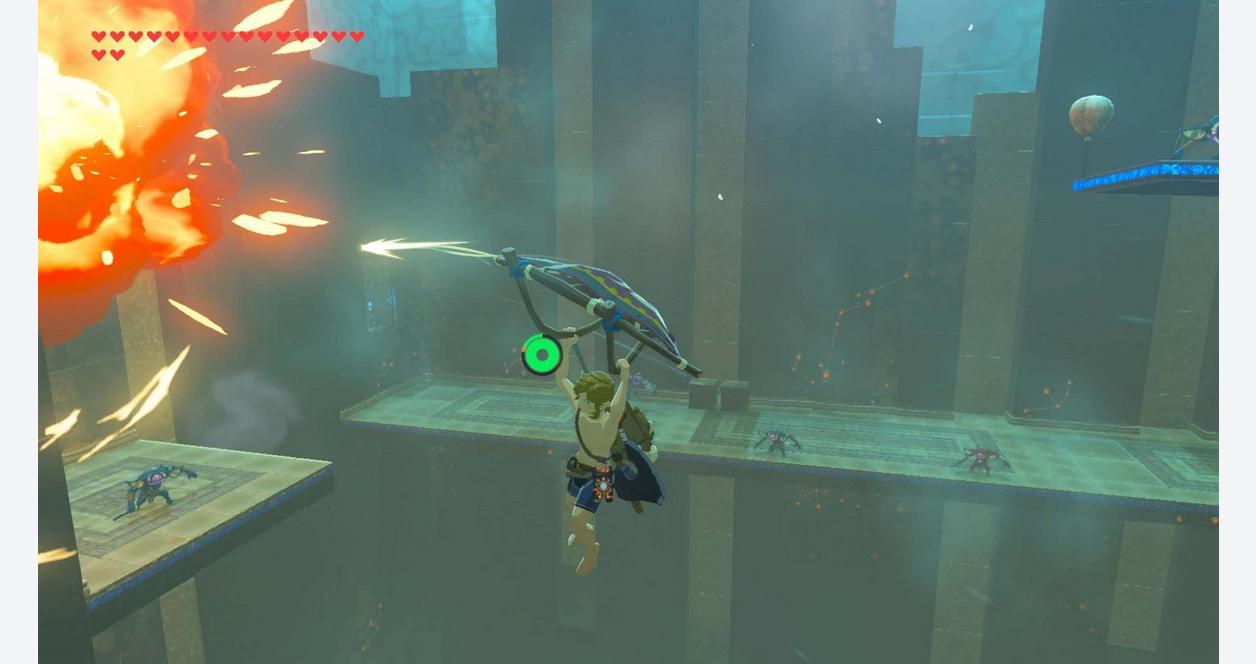 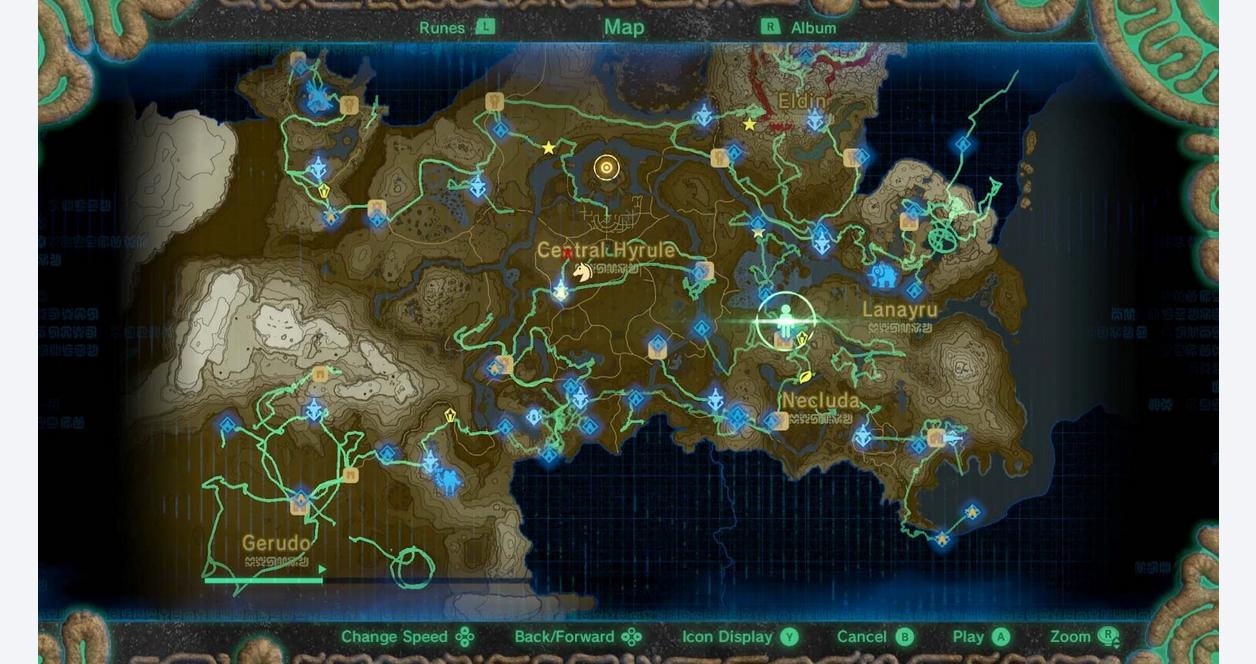 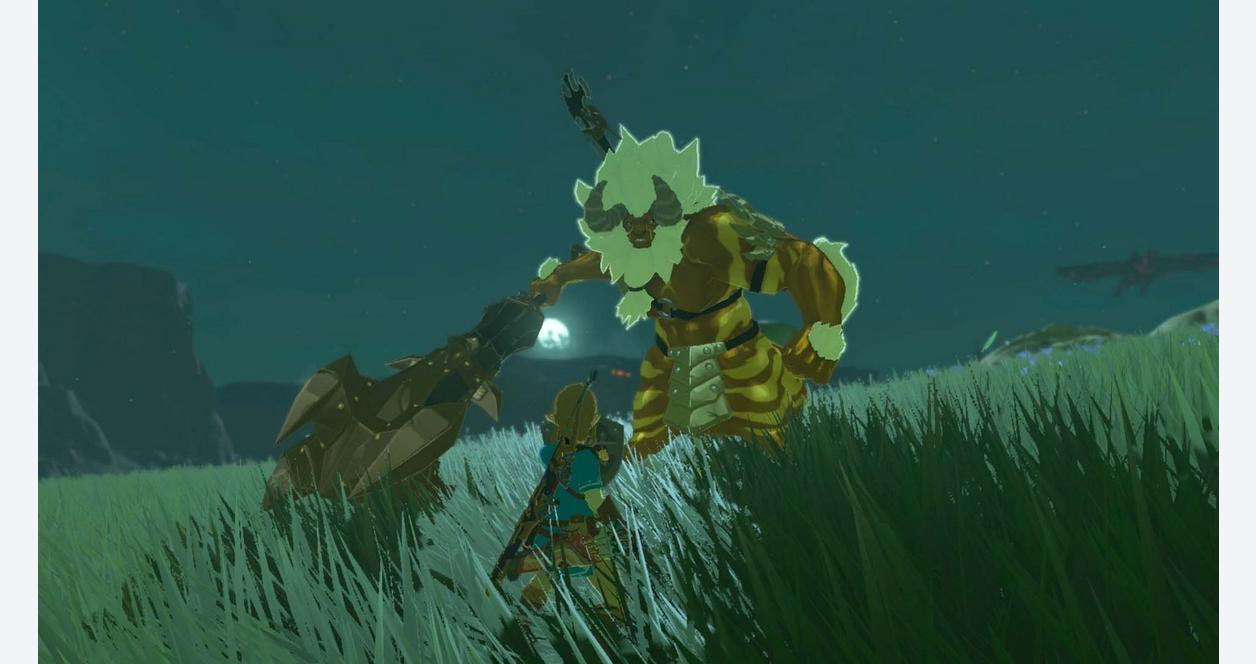 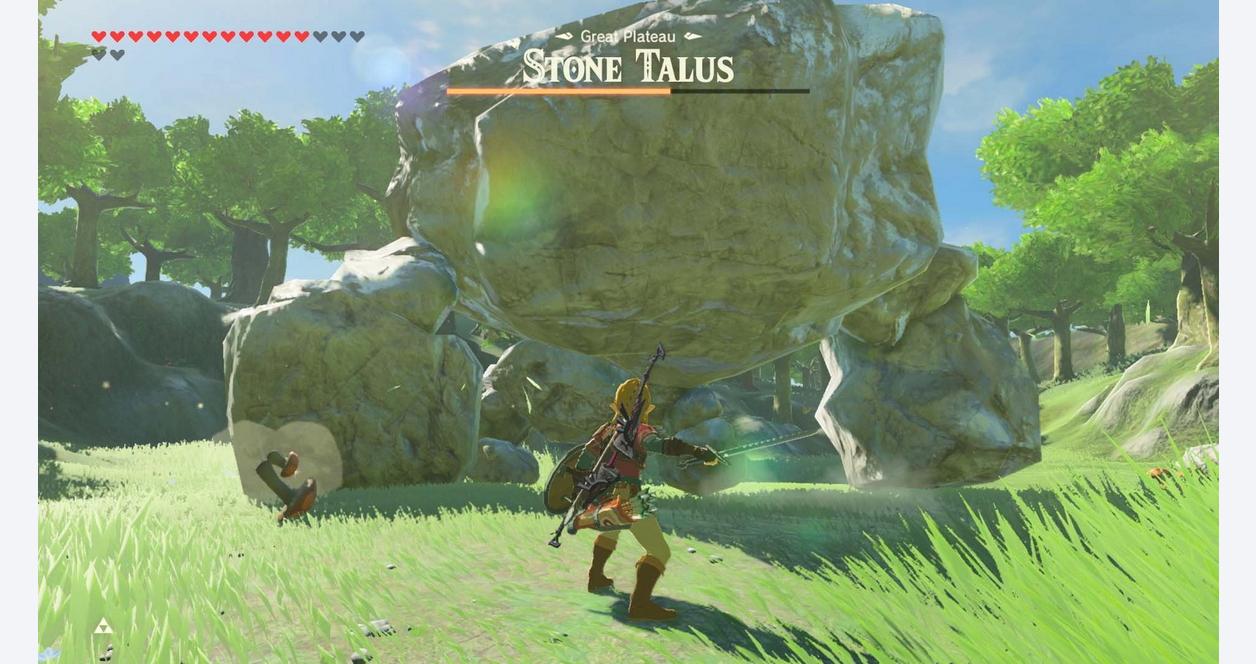 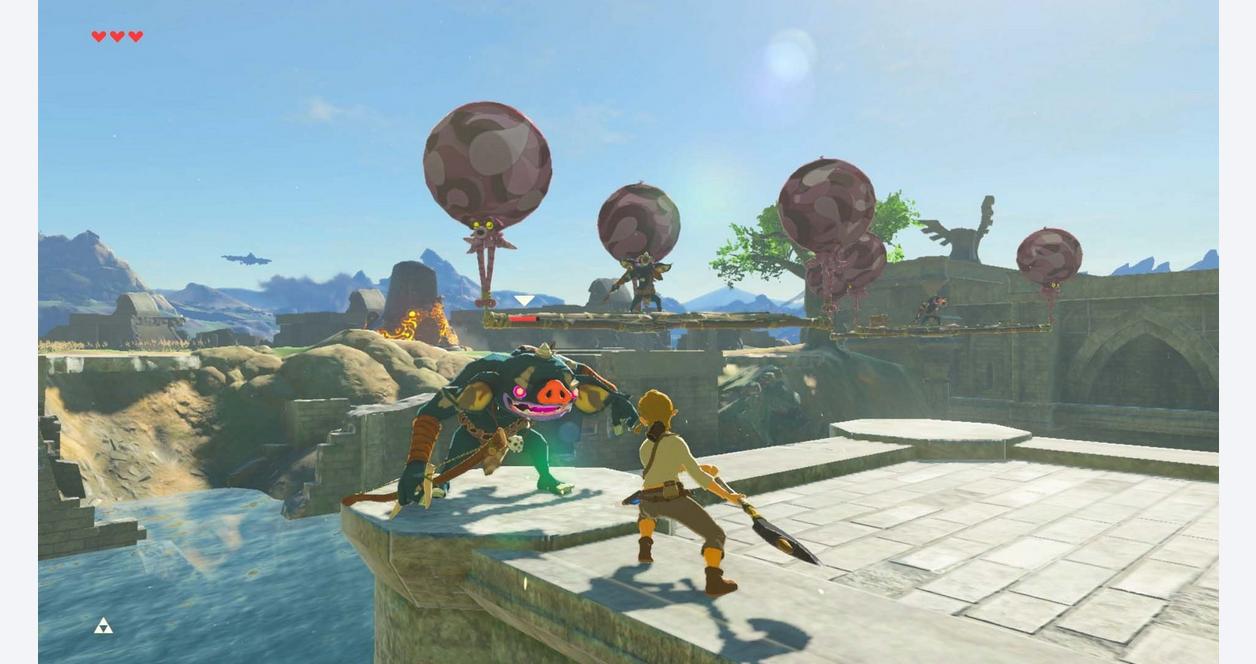 DLC Pack 1 “The Master Trials” includes Trial of the Sword, Master Mode, Hero's Path Mode, Travel Medallion, Korok Mask, and eight new pieces of armor, and it will be released on June 30. DLC Pack 2 The Champions' Ballad, includes new challenges of a new dungeon and an original story, and will be released in Holiday 2017.

The Expansion Pass will be available for both the Nintendo Switch and Wii U versions of the game and are identical. Content packs cannot be purchased individually.

The Champions' Ballad will include the following:

A mysterious voice beckons Link to challenge the Divine Beast Tamer's Trials. He must now prove himself by defeating enemies using the One-Hit Obliterator, conquering new Shrines, challenging a full dungeon, and overcoming many trials along the way. Once all challenges and trials have been bested, Link will obtain a new power known as the Master Cycle Zero!

Additionally, the bard Kass is traveling Hyrule to complete the unfinished song his teacher left behind. As Link and Kass chase their respective goals, Kass will share new original songs he wrote capturing lost memories of the four Champions and Zelda, previously unknown to Link. But that unfinished song... What could it be?

*To play The Champions' Ballad, you must first complete the Main Quest to free the four Divine Beasts.

The Ancient Bridle will increase a horse's number of spurs while equipped. The Ancient Saddle will allow you to call your horse no matter how far away they are.
Both of these items will appear in treasure chests somewhere in Hyrule.

The Legend of Zelda Breath of the Wild Expansion Pass is rated 4.4 out of 5 by 35.
Rated 5 out of 5 by Anonymous from It’s dlc! BOTW dlc, who could ask for more? Worth the 20 bucks.
Rated 3 out of 5 by Yourdaddy69 from Not really worth it Not really a lot to it. Mostly some useless outfits. I was hoping for a lot more.
Rated 1 out of 5 by Pajo0802 from Paid to Remove Content The two expansions were unnecessarily difficult since they essentially stripped you of your gear and hearts. You will have to play perfectly to win. Which at that point to me takes the fun out of it and makes it a job. The redeeming factor was the random gear that came with it like Links lobster shirt from wind waker, however since they cannot be upgraded they will stay in your bags.
Rated 5 out of 5 by Jenna4198 from Awesome DLC! I love how we get to learn more about the champions. I just wish we got another DLC pack, that letted us play as link before Calamity Ganons attack 100 years ago.
Rated 5 out of 5 by president bab from Fun... It's fun... The completion of it... Master sword trial is like difficult... But when you beat it... It give you the sense that the game was beaten...
Rated 1 out of 5 by SteveGSP from disappointed with new trials Was hoping for new content that would keep me interested after beating the main quests, but all I got were new trials that you play in your underwear with no hearts or armor. Definitely not what I was expecting and I ended up just deleting the pack. Thankfully this was possible without erasing all my hard work on the first play through. Just archive the game if you have the physical copy and all dlc disappears. The base game was great and already had everything included. It kept me playing for around 400 hrs before calling it quits. The expansion pack ruins a perfectly good game with a collection of useless hard to find armors and very difficult trials all involving Link in his underwear and stripped of all weapons. This is not supposed to be a survival game. Very disappointed. The one saving grace is that after deletion, I did end up being able to keep the ancient bridle and saddle, which was actually the one useful item in the expansion pass worth keeping. It also lets you keep the xenoblade armor set in the main game.
Rated 5 out of 5 by Mike O from An Amazing Addition I got the expansion pass a short time ago, and it is so infuriating that i thought I was playing dark souls 4 for a while. It is a beautiful addition, adding in new monster camps, new challenges to face, and making everything feel much more like an older Legend of Zelda game in difficulty such as Twilight Princess.
Rated 5 out of 5 by Cooldude1 from I really liked this dlc Good price and was really fun gave BotW a lot of fun new content!

The Switch is my first gaming console, so please forgive my ignorance. I bought Zelda in-store, like the physical game card in the little box. Is the expansion pack download-only? Will it work even if I didn&rsquo;t originally download the game?

Asked by: Noobs214
Hey there! Congrats on getting Zelda! You wont be disappointed! Yes the DLC stands for downloadable content, so it is download only. Its just an add on so either way you have the game, a physical copy like you have or digital, doesnt matter for the dlc. :) in short yes it will work just fine!
Answered by: VenusVersailles

If you buy a digital copy how do you use it?

Asked by: Alip
GameStop will give you the code at checkout and by email. Go into the Nintendo Eshop and you will see an option to enter code on the left side.&nbsp;
Answered by: Gio50

Asked by: Michaelzeldalink
No. On the GameStop website, it shows the Wii U and Nintendo Switch codes being two different products. Since they are separate products, there is probably a difference between the codes. Just to be safe, get the one that fits your console.
Answered by: FinnJ

Hi. I recently bought the expansion pass for Zelda and I was wondering if I could use the one code for more than one account on the Nintendo switch. If I use the code that I was given, then will the expansion show up on every different players profile?

Asked by: Ct2000
Yes. One code links to all of your accounts. Sorry about the reply wait.
Answered by: FinnJ

Does this expansion pack come with both the champions ballad and master trials? Or just one?

Asked by: Punkyjr
both
Answered by: hihi8

Do u need to buy the Zelda game for around $59 first. Wondering if this is just an enhancement to the full game or if its the actual game. Probably dumb question but I'm not a gamer. My 8 yr old son said he wants Zelda but I have no clue which one

Asked by: Mom of 8 yr old
Thank you for your question Mom of 8 yr old, The Legend of Zelda Breath of the Wild Season Pass is just an add-on that requires the full game. Below is a link to said full game. https://www.gamestop.com/nintendo-switch/games/the-legend-of-zelda-breath-of-the-wild/141904
Answered by: GameStopTeam1 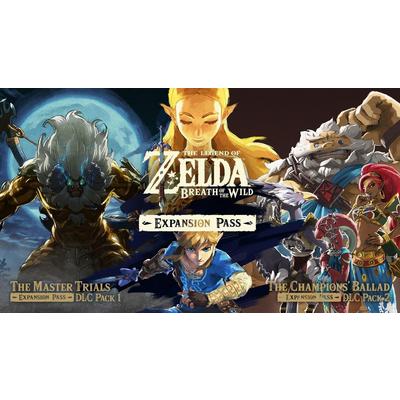 The Legend of Zelda: Breath of the Wild Expansion Pass