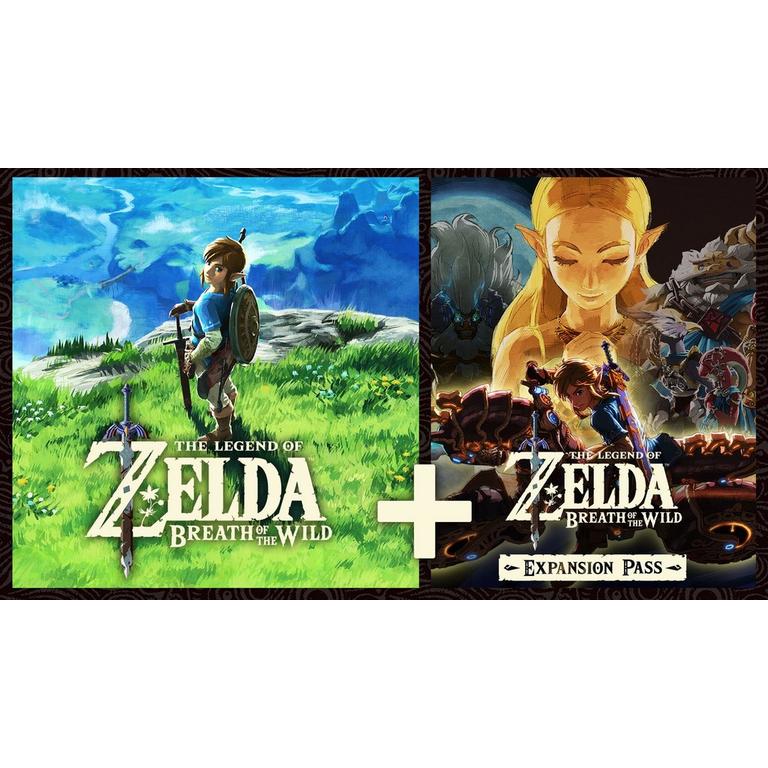 Fantasy Violence
Mild Suggestive Themes
Use of Alcohol
Nintendo
$79.98
Free Zelda Play and Protect Skins with purchase of Breath of the Wild
Digital
$79.98

Forget everything you know about The Legend of Zelda games. Step into a world of discovery, exploration, and adventure in The Legend of Zelda: Breath of the Wild, a boundary-breaking new game in the acclaimed series. Travel across vast fields, through forests, and to mountain peaks as you discover what has become of the kingdom of Hyrule In this stunning Open-Air Adventure. Now on Nintendo Switch, your journey is freer and more open than ever. Take your system anywhere, and adventure as Link any way you like.
More Details Less Details

The Legend of Zelda: Breath of the Wild

A New Era Dawns On Zelda

Breath of the Wild lacks the realism of its open-world competition, but phenomenal art direction results in amazing visuals

The piano-focused score can be subtle, but is absolutely stirring when it needs to be. The ambient sound effects of nature expertly sell the often lonely, natural world

Link controls flawlessly on the new Switch controller, flying, climbing, and fighting with ease. Don't be scared off by the motion controls; I preferred them for aiming arrows and other tasks

Breath of the Wild is a feat of design and polish. Hyrule feels like a real place, and the journey Link and Zelda undertake to defeat Ganon is compelling

The original Legend of Zelda on NES introduced the idea of an open fantasy world, but as the series progressed, it veered toward guiding players through a linear sequence of engaging puzzle and combat scenarios. The series has reexamined that formula in recent entries, but Breath of the Wild marks the most dramatic departure to date. You have every item you need to solve every puzzle before you reach the first dungeon. Swords break, and you exchange them often. You don't have to complete the dungeons to defeat Ganon. This is not the Zelda we're familiar with, but my hesitations about deviating from a proven formula were cast aside the moment I was dropped into the new, open Hyrule.

Breath of the Wild's version of Hyrule is consistently compelling and full of discovery and reward. The sections of the world are thoughtfully designed, each an important part of the larger whole. Every trail I took, even the ones off the beaten path, led to interesting discoveries like hidden puzzles, new weapons, and strange architecture. Link's map is blank at the start, meant to be filled with icons as you decide which activities to pursue, and I appreciate that it lets me define what is important.

Players are accustomed to navigating open worlds, but Link's ability to climb leads to unprecedented levels of exploratory freedom. If you see something in the distance, you can walk or fly straight to it, regardless of what's in your path. Link never needs to circumnavigate. Every surface in Hyrule is an opportunity to further your adventure. Gigantic statues you might think are set-dressing are used as platforms to kick-start a flight. Mountains normally used to create barriers are climbing challenges; your reward for these tests of endurance might be a new item, but even just a new view of Hyrule can be equally valuable. I never tired of climbing toward the skies, looking out into the world, and seeing all it had to offer in detail.

Breath of the Wild is more than just a world of beautiful scenery. It's full of puzzle shrines, dungeons, and surprises. The main dungeons are smaller than those in previous Zeldas, but benefit from the compact design by never overstaying their welcome. Link takes control of each of the dungeons, rotating them to solve puzzles, or manipulating their large components to open new paths. Defeating their challenging bosses offers worthwhile rewards that affect facets of exploration and combat in exciting ways, like the ability to perform an extra powerful attack in times of need. Any disappointment that may have resulted from the main dungeons being smaller affairs is cleanly washed away thanks to the myriad shrines.

Explore the wilds of Hyrule any way you like—anytime, anywhere! - Climb up towers and mountain peaks in search of new destinations, then set your own path to get there and plunge into the wilderness. Along the way, you'll battle towering enemies, hunt wild beasts and gather ingredients for the food and elixirs you'll make to sustain you on your journey. With Nintendo Switch, you can literally take your journey anywhere.

More than 100 Shrines of Trials to discover and explore - Shrines dot the landscape, waiting to be discovered in any order you want. Search for them in various ways, and solve a variety of puzzles inside. The tasks you must perform in each Shrine varies, and you'll never expect the challenges you'll face until you enter. Some will involve realistic physics, and some will require you to harness the power of nature, including electricity, wind, fire, and more. Work your way through the traps and devices inside, utilizing your runes and think outside the box to earn special items and other rewards that will help you on your adventure.

Be prepared and properly equipped – With an entire world waiting to be explored, you'll need a variety of outfits and gear to reach every corner. You may need to bundle up with warmer clothes or change into something better suited to the desert heat. Some clothing even has special effects that, for example, can make you faster or stealthier.

Battling enemies requires strategy – The world is inhabited with enemies of all shapes and sizes. Each one has its own attack method and weaponry, so you must think quickly and develop the right strategies to defeat them. 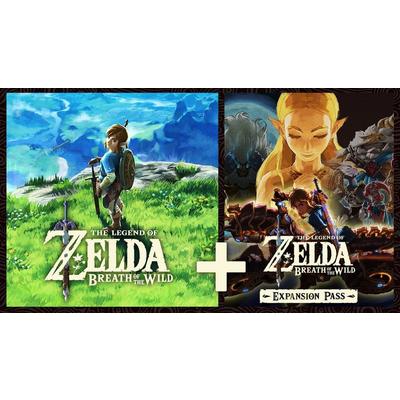