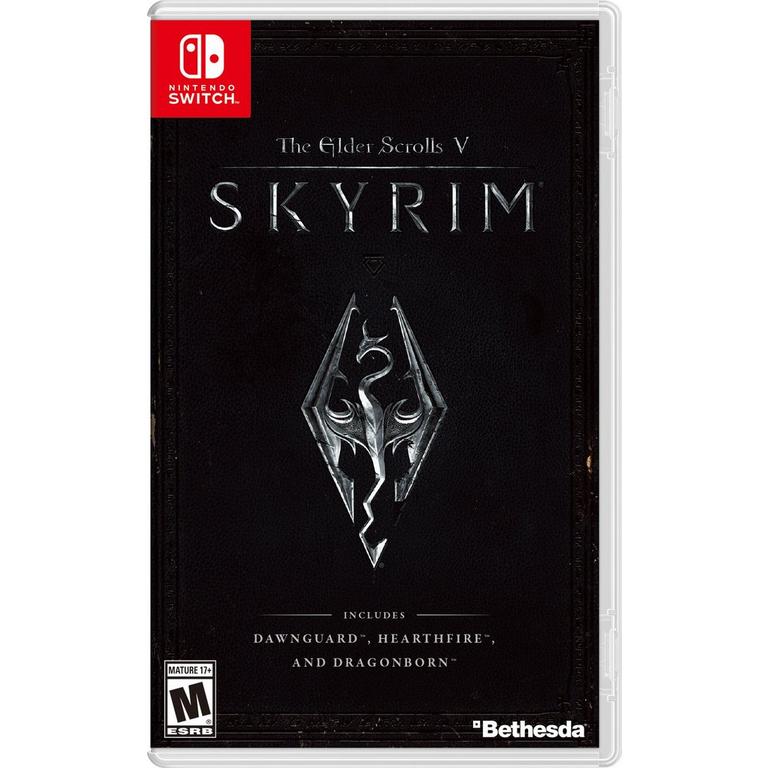 Live another life, in another world in the legendary open-world masterpiece from Bethesda Game Studios.
More Details Less Details 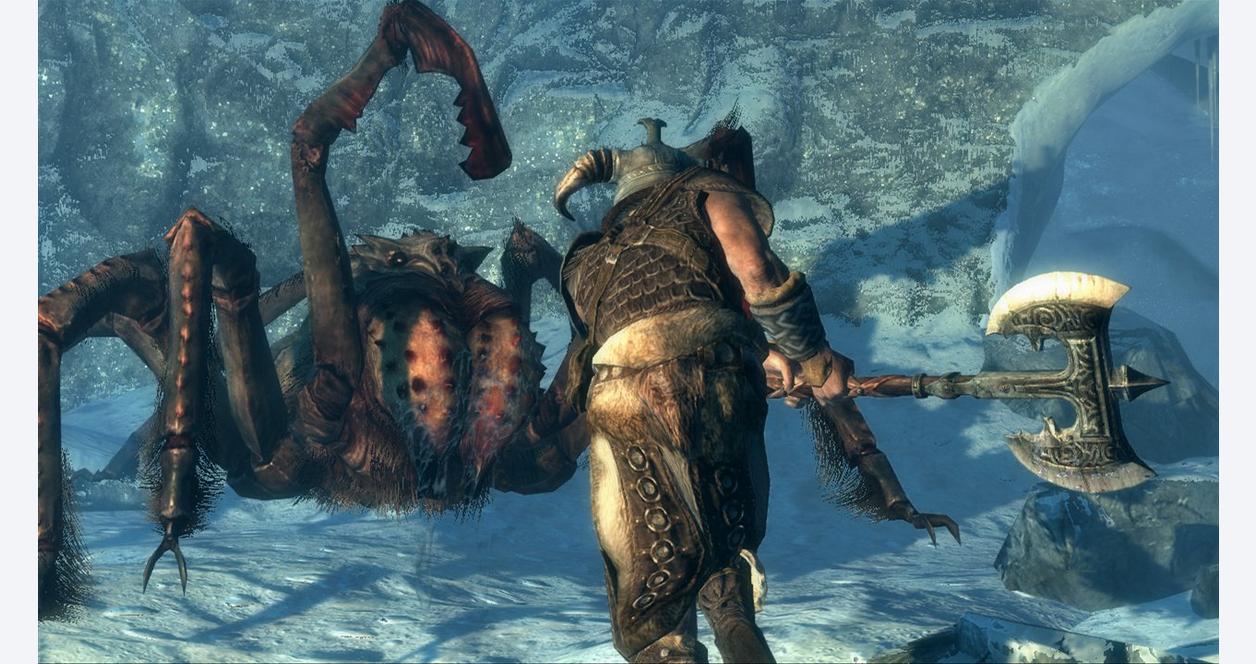 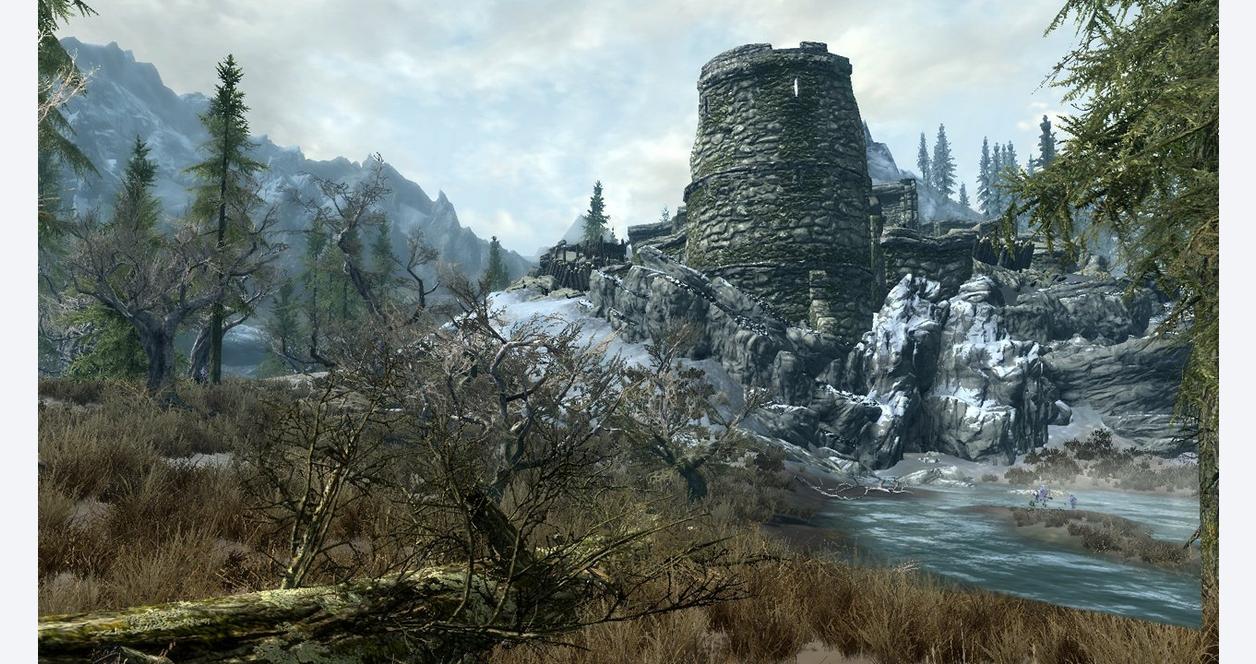 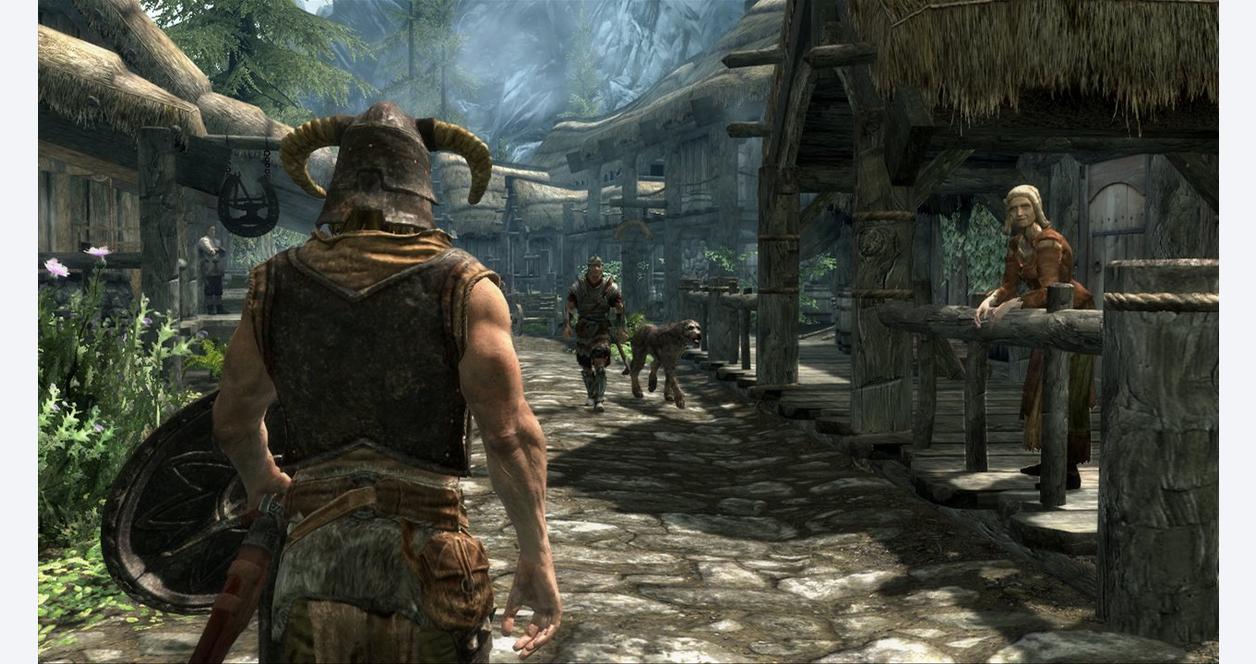 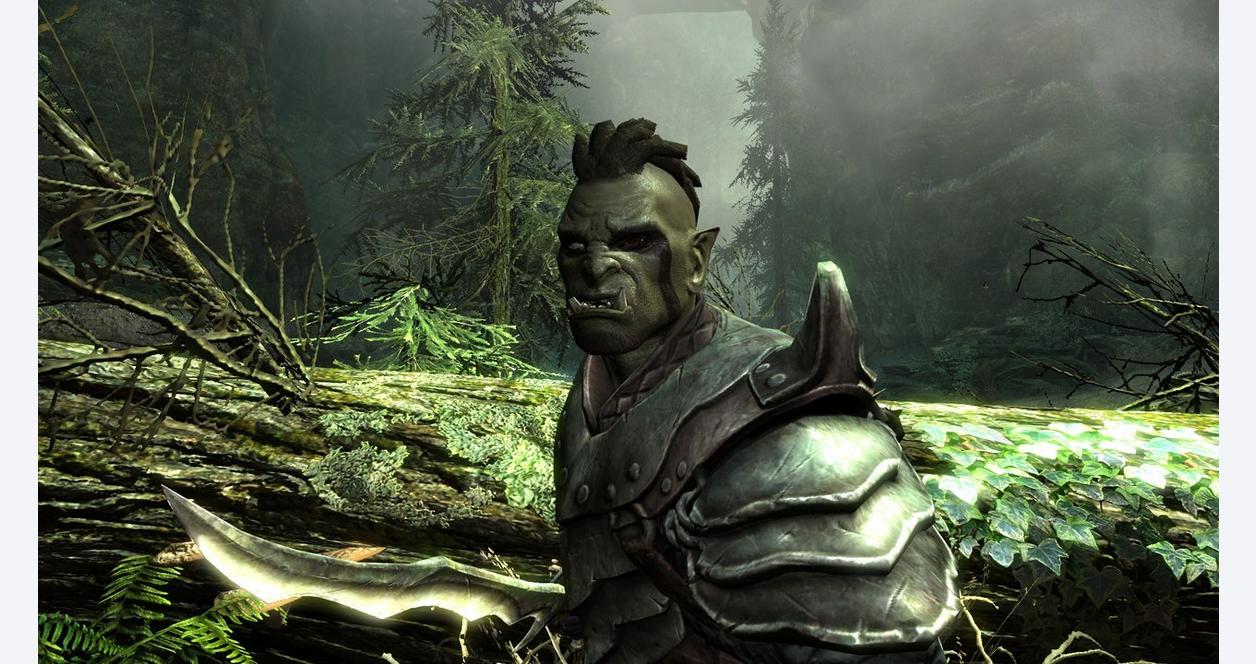 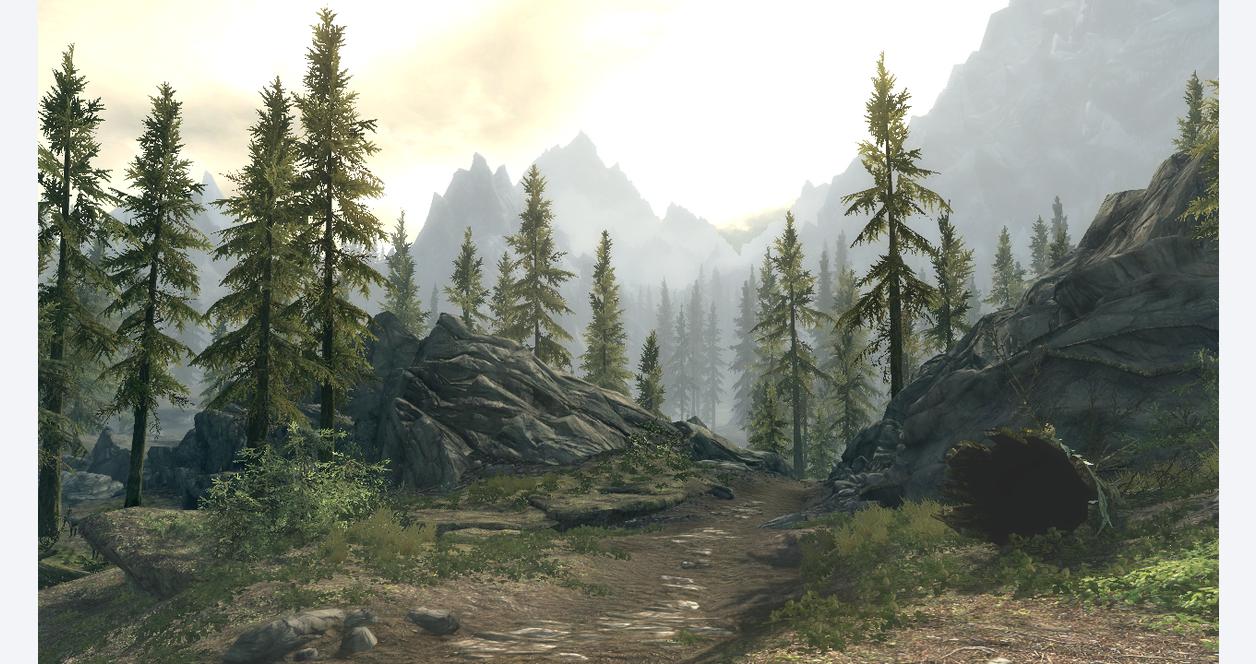 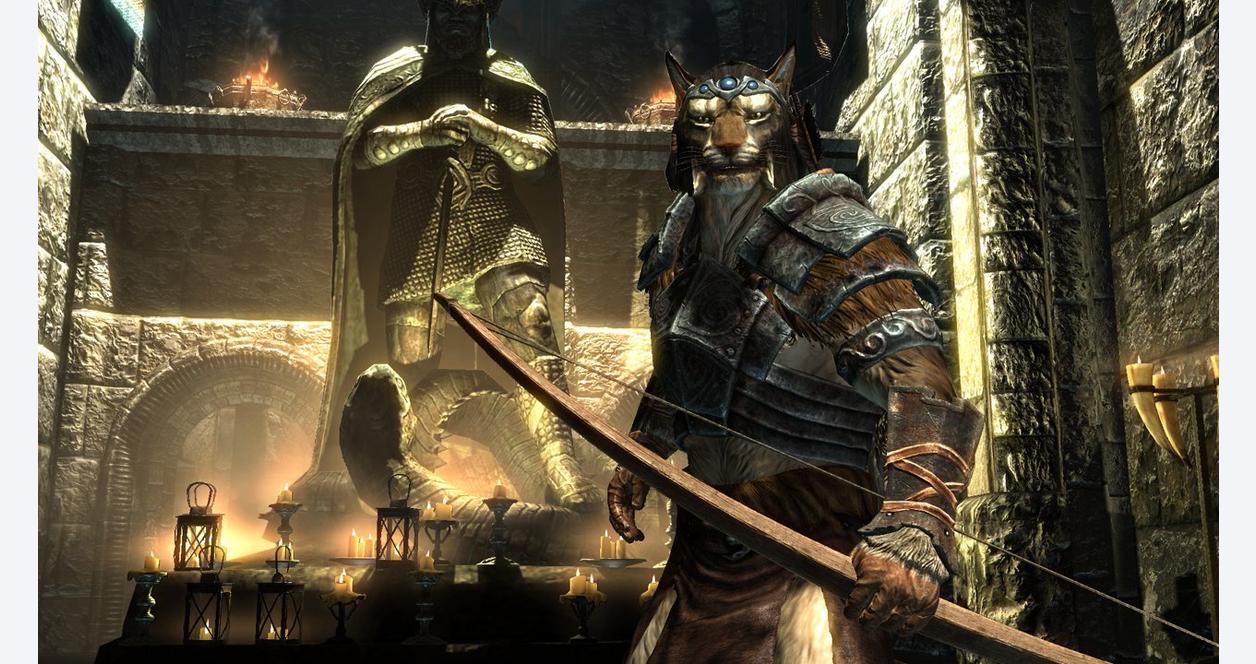 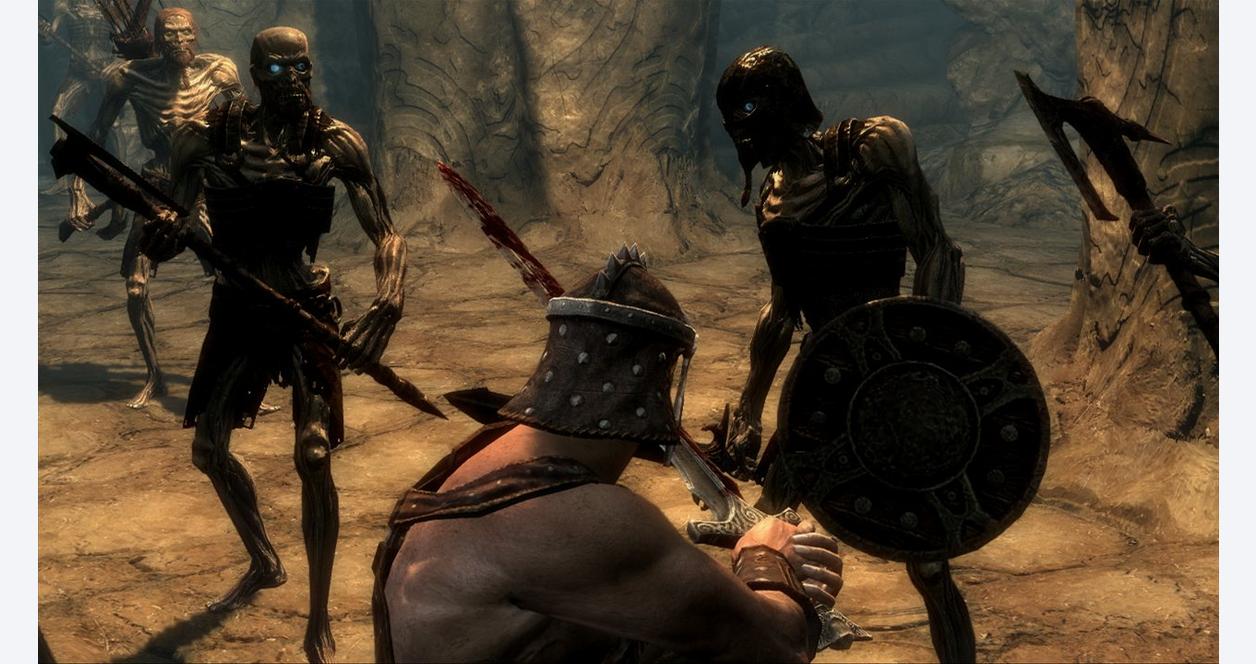 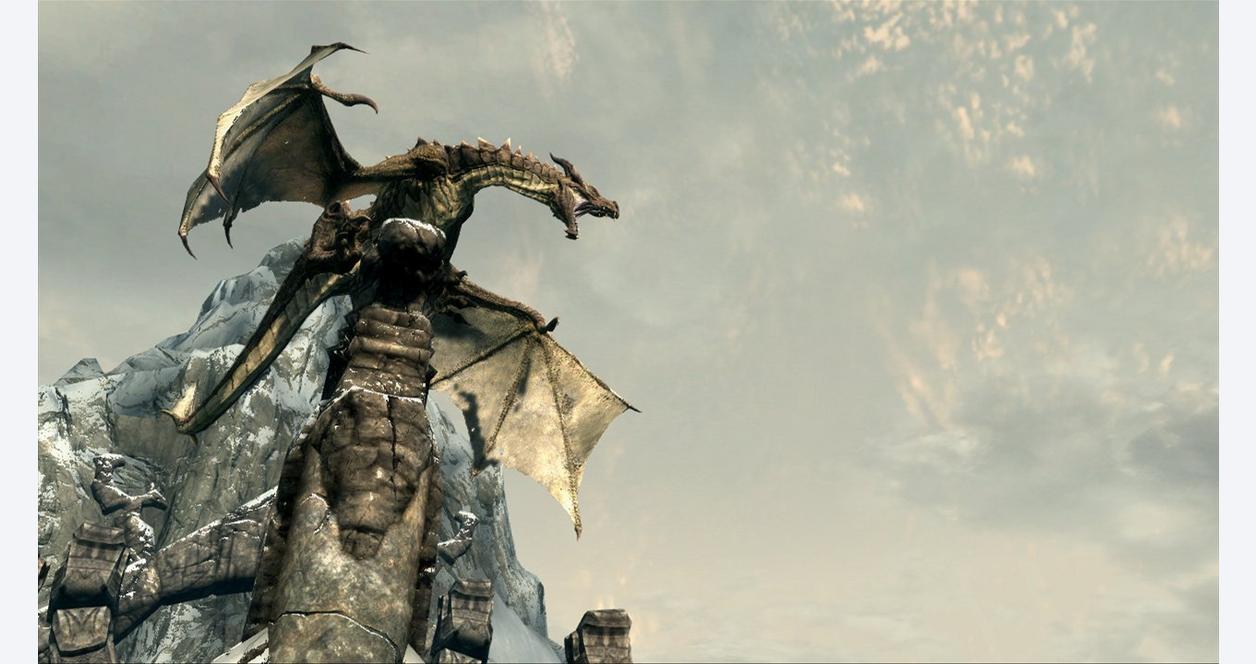 Return to the snowy, dragon-ridden mountains of Skyrim and save the world – but this time on Nintendo's portable console

Skyrim's interface remains unchanged from the main game, with easy to understand controls and accessibility options that let you tail the game to your preferences

The Switch version of Skyrim is a well-executed version of a modern classic that you can play on the go, offering the same delights (and minor frustrations) of the original

For more than six years, The Elder Scrolls V: Skyrim has captured the imaginations of countless gamers, with its beautiful and snowy fantastical trappings, seemingly endless side quests, and massive modding community. The Switch port of Skyrim is an exciting prospect because it makes an enticing promise that the other console versions don't: being able to play on the go. I was impressed with how the Switch handles this massive (and infamously glitchy) RPG, resulting in a competent port that transitions wonderfully to portable play.

The biggest question on many fans' minds is whether or not the Switch can handle Skyrim's massive size and propensity for loading those spaces with numerous foes. During my 35-plus hours with the game, my framerate was constantly above 30 FPS and I never encountered a single dip or stutter. Load times were also surprisingly brief in comparison to the original PS3/360 versions, with a one-minute initial load time from main menu to game world, and then brief transitions taking from 4 to 10 seconds. Everything ran smoothly no matter what area I was in, how populated it is, or what activity I was doing. Control functionality is also satisfying, with a pleasant rumble in the Joy-Cons helping capture the pleasurable thunk of combat when you drive an axe into a foe's head or whip them off a mountainside with a brush of your sword.

Bethesda didn't have to make any huge sacrifices to achieve this performance, either. Outside of textures and rough character models (we're talking about a game from 2011), the world of Skyrim looks as stunning as ever. I noticed no fuzziness in either portable mode or on three different HD televisions of various sizes during my playtime. The draw distance is equally impressive; I could make out distant mountains, cities, and landmasses without any fog enshrouding them. A slight motion blur occurs when you're turning, but I hardly noticed it all except in dark spaces like caverns. It might not look quite as pretty as the PC version running at ultra-high settings, but it doesn't settle for adequacy either, resulting in a world that's constantly nice to look at as long as you don't examine textures too closely.

Winner of 200+ Game of the Year Awards, Skyrim® arrives on the Nintendo Switch console. The open-world adventure from Bethesda Game Studios® where you can virtually be anyone and do anything, now allows you to go anywhere—at home and on the go. New features for the Nintendo Switch version of the game include motion controls, gear based on the Legend of Zelda™ series, and amiibo™ compatibility.

Live Another Life, In Another World

Exclusive Features Only on Nintendo Switch

The Elder Scrolls V Skyrim is rated 4.6 out of 5 by 1148.
Rated 5 out of 5 by Cassbed97 from Still got what it takes Awesome game, Loving playing it on the Switch Lite
Rated 4 out of 5 by Lone Pyro from A Fantasy Writer's View The claim this game makes that you can become whatever you want is as true as D&D allows for. Even though my own fantasies transcend such limitations, Skyrim is still highly addictive. I know understand how Skyrim is crazy popular, and the many parodies online become so amazing after experiencing the same things in game. The biggest problem I have is that the X-Axis for the camera viewpoint can't be corrected (what is "normal" is completely backwards for someone who's been playing since the N64 era). Even so, I was eventually able to get the hang of it by first getting used to holding the right joy con backwards. Later, when it came to using the bow, I found I could use my wired controller. It's still a pain when switching games, as Skyrim's fixed X-Axis fouls me up when playing different games, but all in all I can deal with it fine.
Rated 5 out of 5 by Psyren0824 from The ultimate game Amazingly fun. Lots to do, I love the open world aspect and the many different ways the game can end
Rated 5 out of 5 by Willbe from Skyrim is a lot of Fun! I'm having fun with this game. Great graphics and game and story. You can travel all over the map and learn new skills and spells.
Rated 4 out of 5 by Phillip22 from Skyrim Great game. Never thought I’d be able to play it handheld
Rated 5 out of 5 by Dankknight27 from Skyrim It’s a game that you can play over and over because of that fact you can play anyway you want. You can be a good guy a bad guy and you always discover something new. Definitely one of my favorite games.
Rated 3 out of 5 by GabrielW from Pretty Good At first it’s incredibly fun to play, but after a while the walking everywhere gets annoying
Rated 5 out of 5 by Klmalloy from Skyrim Gorgeous graphics. Great stories and endless missions. You can get lost in it.

Do you need to be online to play ?

Asked by: Mariejayyy
No. There is no part of TESV:Skyrim that you need to be online for
Answered by: N1CKWILL

How is everyone comfortable with paying 60 dollars for a game thats been out for almost a decade?

Asked by: Anonym0us
I paid 60 for the Ps4, XBox One, PC and Now for the Switch.. U'm I did not mind at all. Now I can take it anywhere.
Answered by: TroubleMaker860

If you get this game pre-owned, does the progress of the previous player remain? If so, is there a way to delete their progress?

Asked by: Giraffagus
Progress is not saved on the game. It is saved on the console.
Answered by: ShadowPirate

Does this come with all the DLCs ??

Asked by: Grim1994
Yes it does
Answered by: Drolemanii

is it worth buying

Asked by: Billy Doughty
Yes! Graphics look great on Switch and the fact that you have a portable version of Skyrim is pretty awesome too. Also has motion controls.&nbsp;
Answered by: Ry Guy

can 2 people play together offline?

Asked by: Eyudo
no.
Answered by: Armed Wooper

does this work on the switch lite?

Do yall think Fallout 4 will come to switch by any chance??

Asked by: Purpleswag572
Maybe fallout 76 definitely not 4
Answered by: Blaker0509 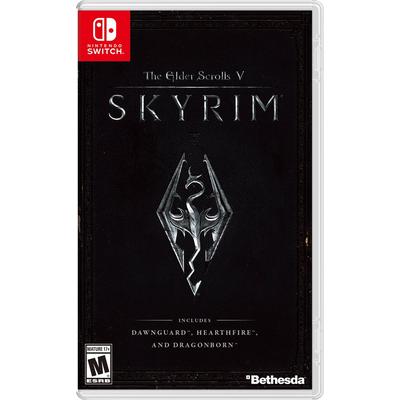