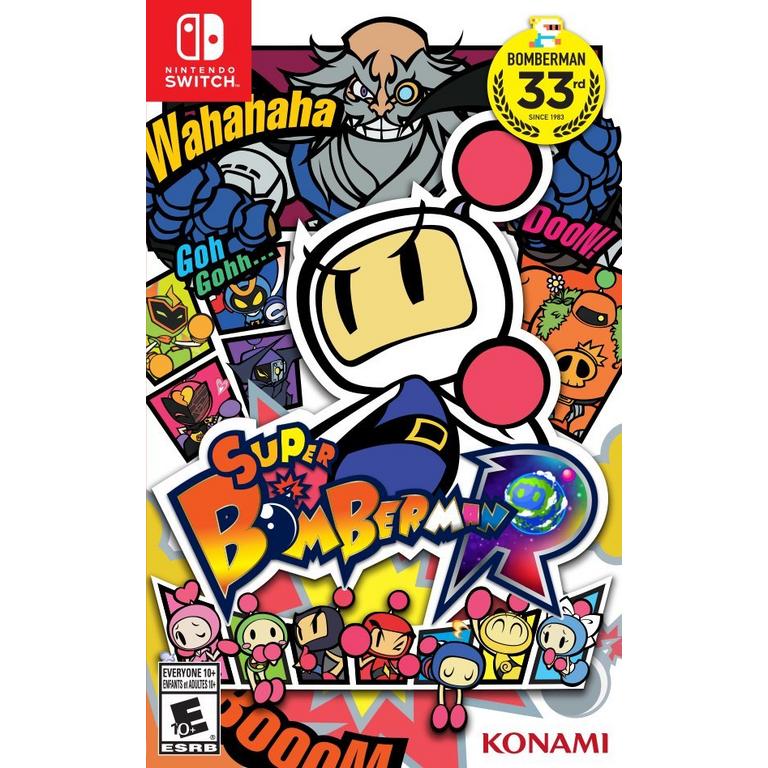 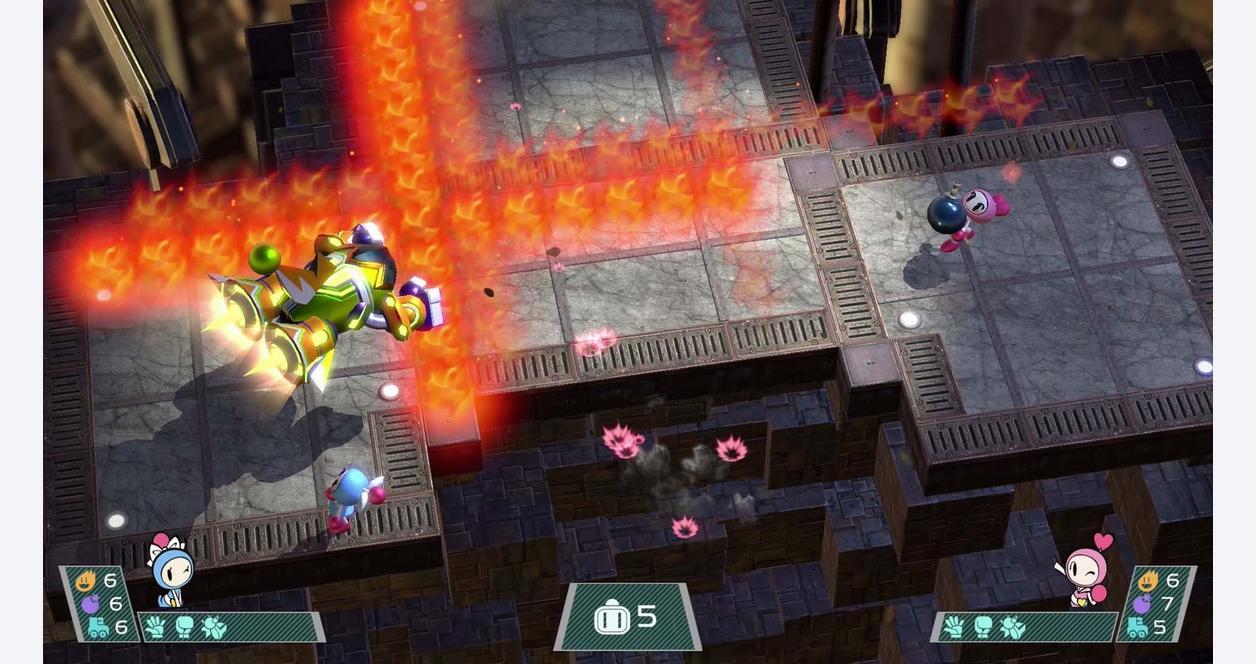 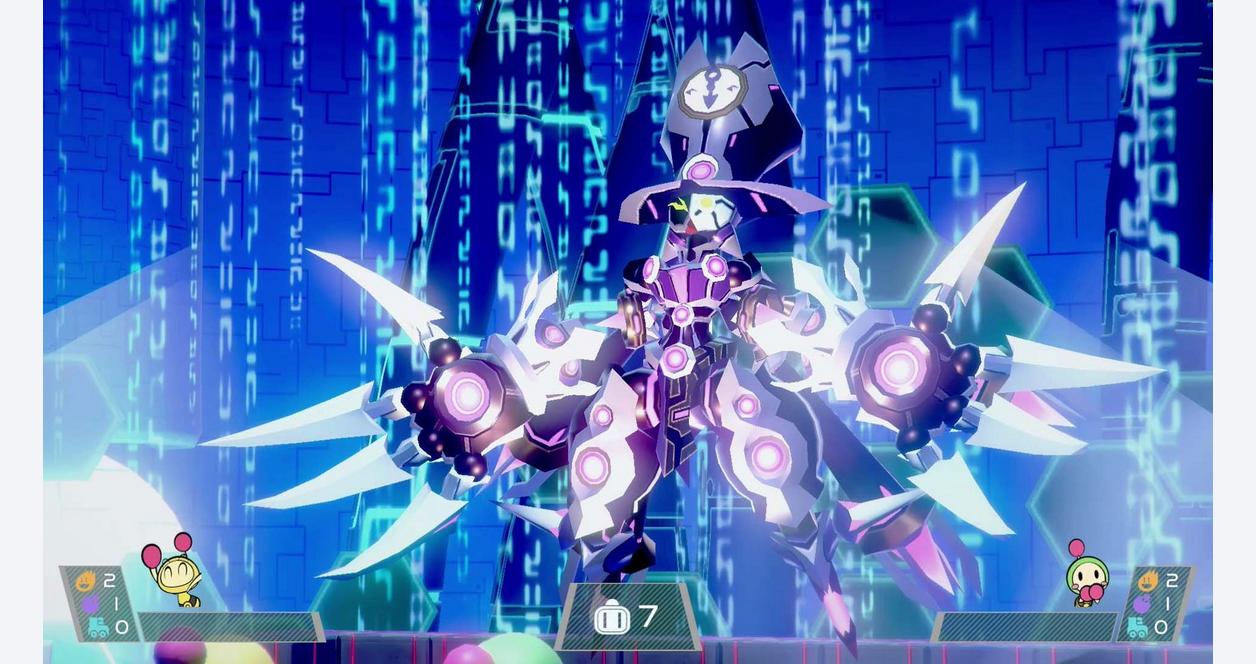 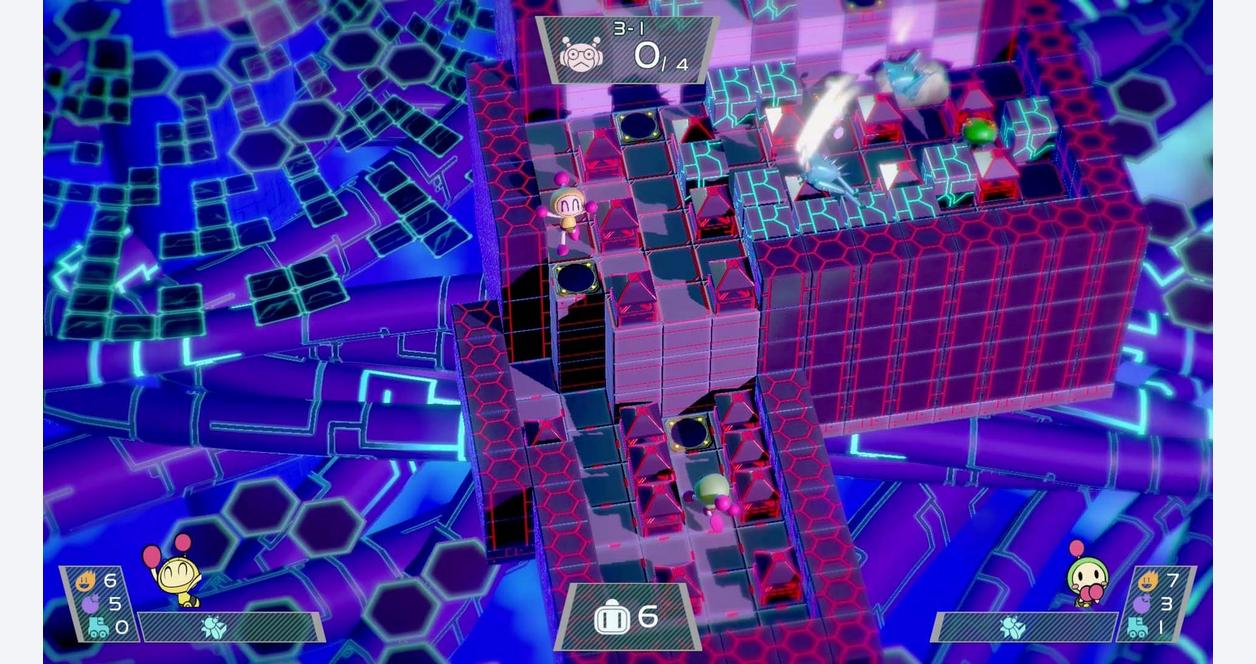 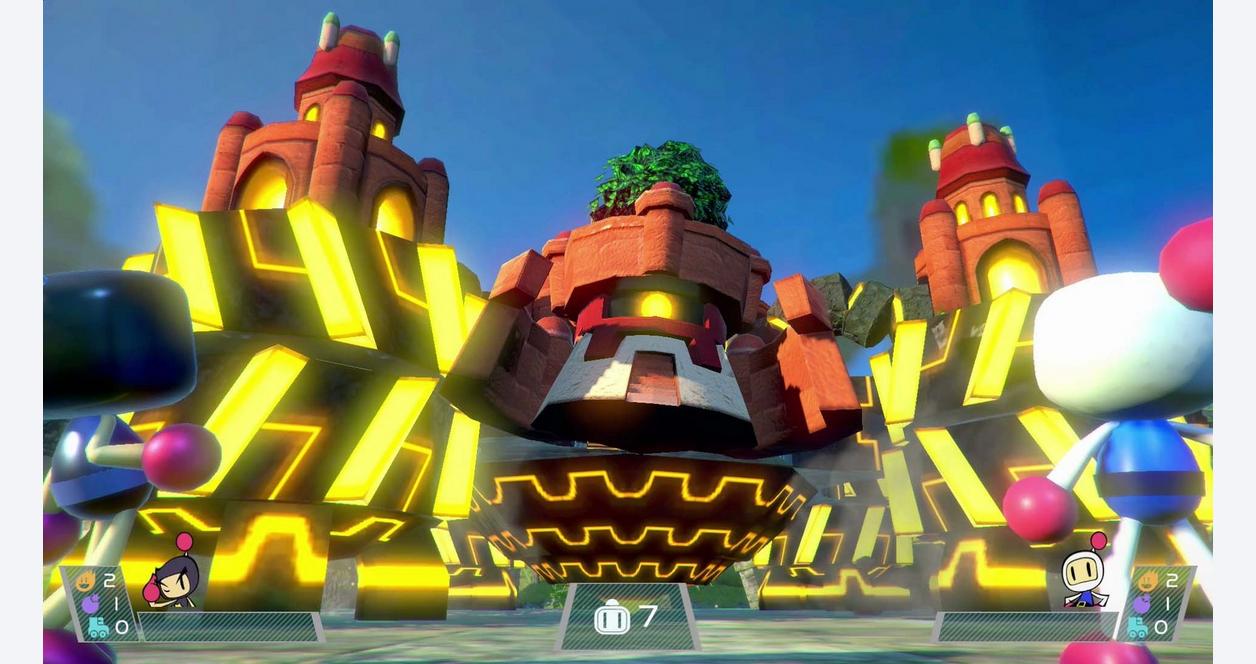 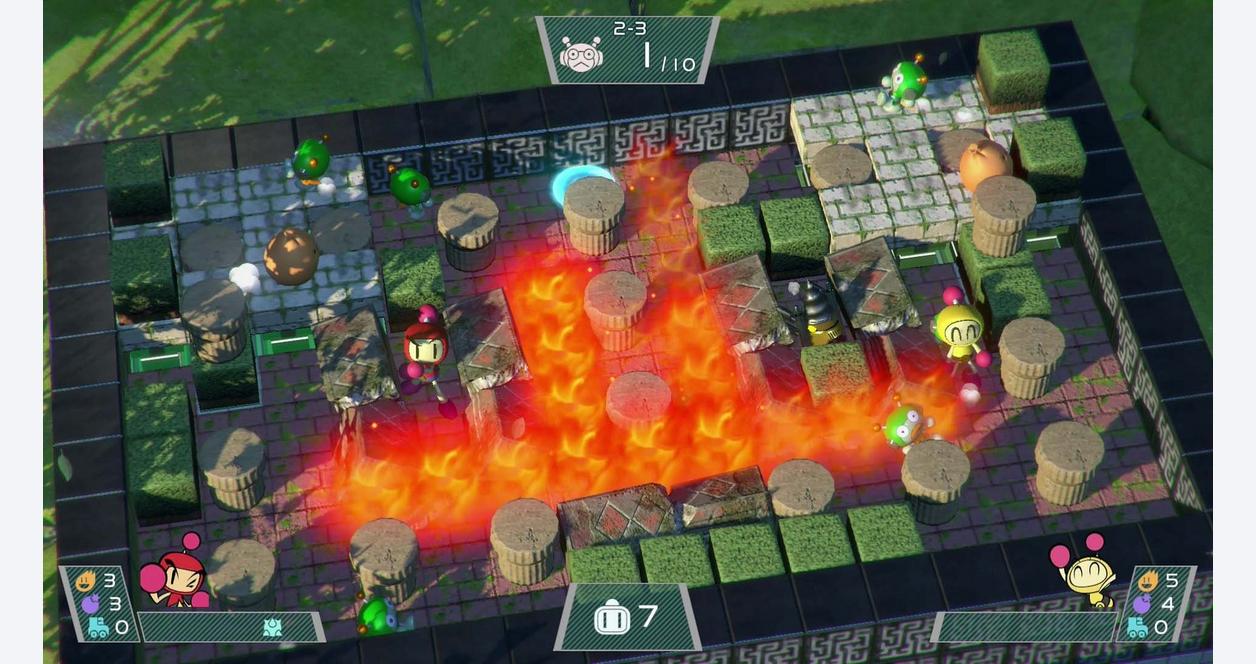 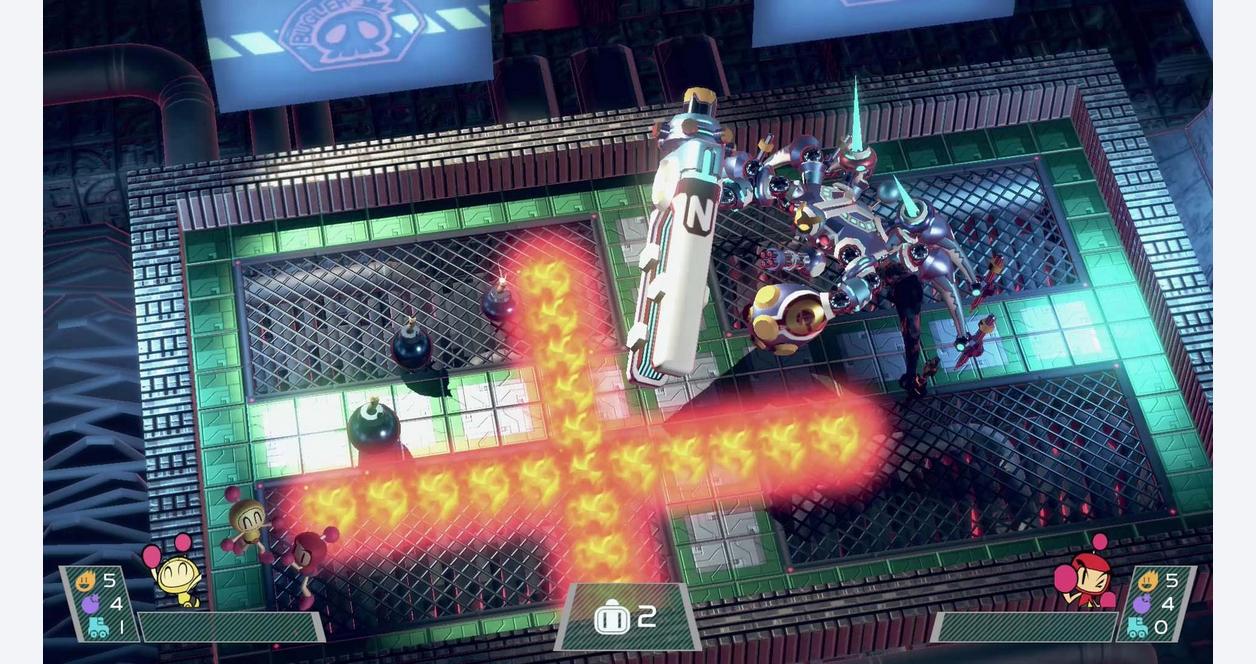 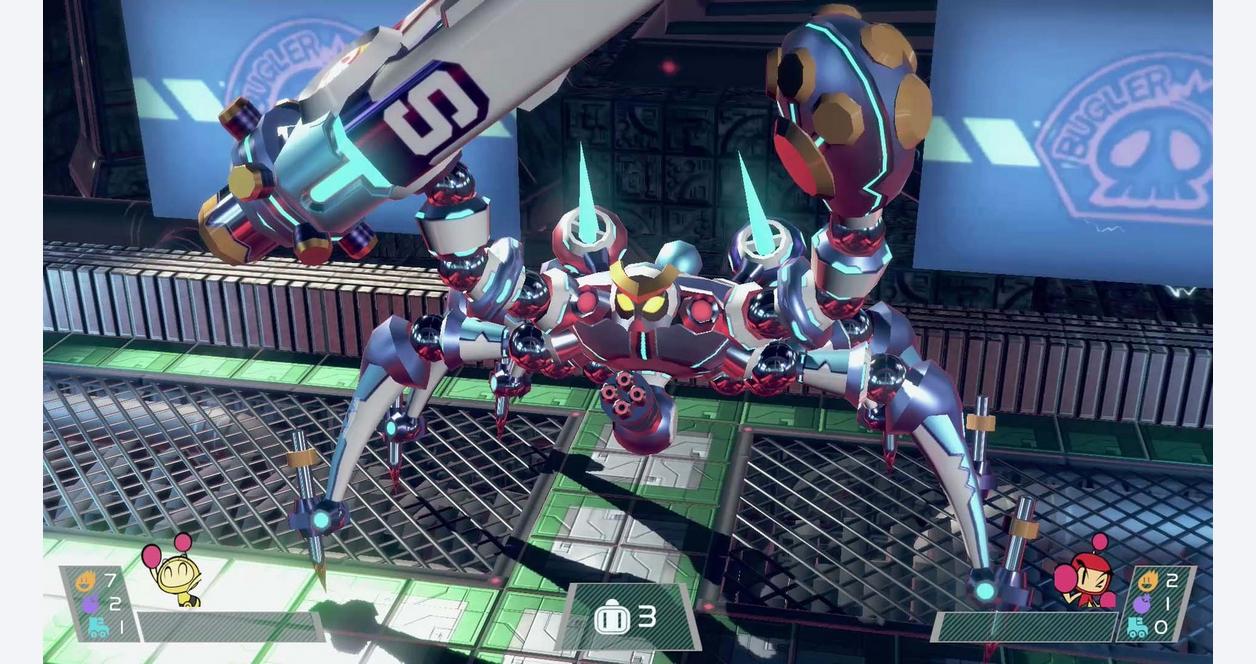 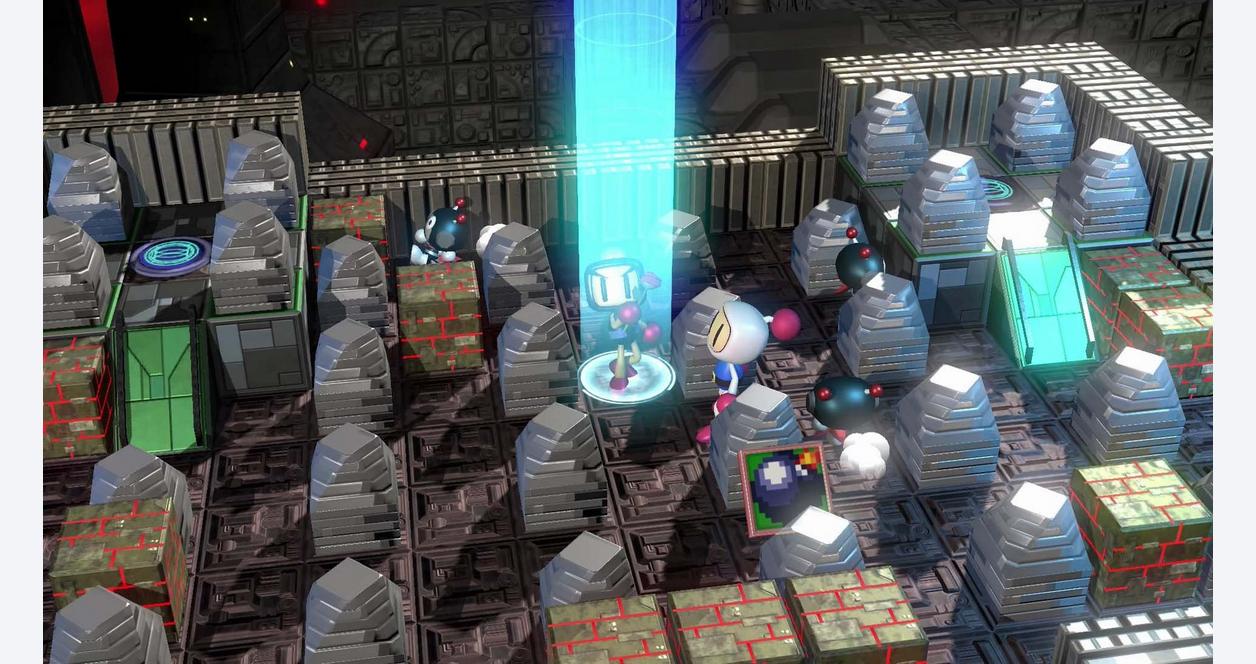 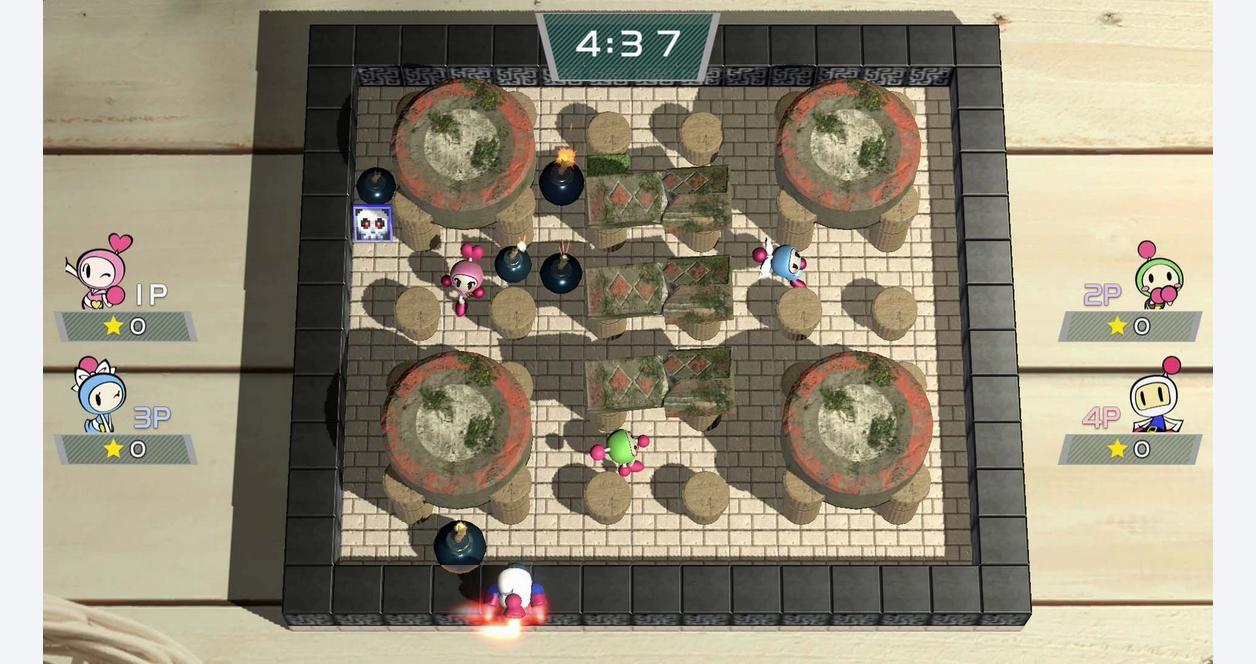 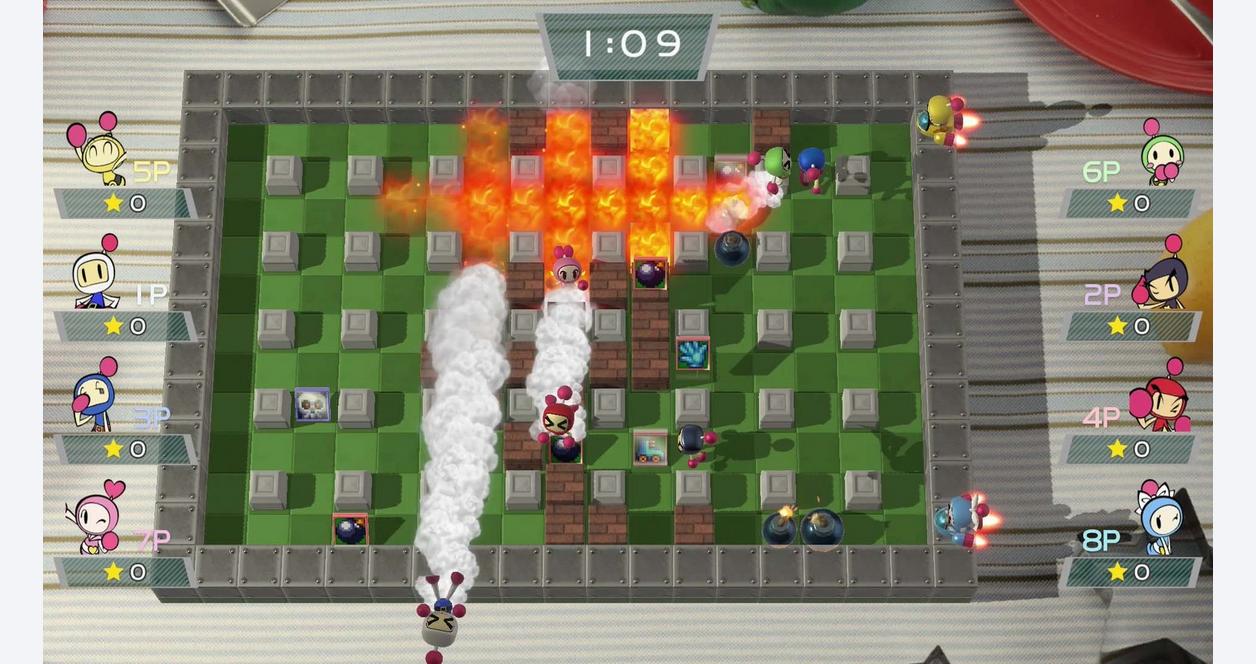 Bomberman, the iconic party-battle game, is returning as “SUPER BOMBERMAN R” on the Nintendo Switch and will be released alongside the launch of the new system for home and on-the-go fun!

Dive into the simple yet addictive gameplay In SUPER BOMBERMAN R by controlling the main character, placing bombs, and battling enemies and rivals with a modern visual style including 3D stages and photo-realistic graphics.

Take out CPU-controlled adversaries in ‘Story' mode to clear a series of 50 unique stages in order to save the galaxy.

SUPER BOMBERMAN R also makes full use of the Nintendo Switch's first of its kind system capabilities which allows gamers to play where ever, whenever and with whomever they choose. Players can go head-to-head in a heated “Battle” mode where up to eight players are dropped within a maze until the “last man standing” is declared the winner.

All iconic Bomberman elements return to the game including a dynamite list of items found within the destructible areas of each maze. Removing a wall will often reveal a power-up to extend the rage of the explosion or endow Bomberman with a useful skill including faster movement, the ability to kick or throw bombs and more! As players gain ever more devastating capabilities, they must use all their skill and ingenuity to ensure their opponents get caught in a blast while avoiding it's fiery touch!

Super Bomberman R is rated 3.5 out of 5 by 134.
Rated 2 out of 5 by Trent F from Possibly amusing Funny. But in game actually feels inferior to even SNES verion
Rated 3 out of 5 by Stobe88 from Ok It’s ok. Not stoked about it. Maybe great for bomberman fans
Rated 2 out of 5 by Snail Wolf from Potentially good but nobody online to play I'm a fan of a few Bomberman titles and was hoping this one would re-spark my interest with the online play but, unfortunately, their isn't anyone playing it and I decided to return it. The game seemed to have potential but was filled with endless/pointless cut scenes that just didn't feel necessary. The gameplay was fun! I wish there were more powerups than the 'same ol same ol' but it followed the classic principals of the Bomberman games I love. Not worth $20 though. If you can find it for just under $10, go for it but don expect online play.
Rated 3 out of 5 by Gatorade from Super Bomberman R Its like taking the old bomberman game you loved as a kid then stripping most of the cool abilities like picking the bomb up, kicking bombs, throwing bombs, punching bombs, or any other cool thing and making it a random ability that you find when blowing up blocks that aren't enemies. First time I have been bored with a game that really should have been nostalgic. However the wife still has fun with it and since its co-op it still makes it worth a few bucks and stars.
Rated 5 out of 5 by Quinnfam7 from Great family fun Fun for the whole family! Even my 3 year old can be involved.
Rated 4 out of 5 by Gamboi 45 from It was cheap. I bought this game because it was cheap. Where was all right it was just another Bomberman game but in HD.
Rated 5 out of 5 by Mr Bbb from Super Bomberman Super Bomberman is a fun game. You can play with 4 players. The game play is easy to learn n young kids can play.
Rated 3 out of 5 by Indigoplaysgames from It was ok Fun but gets old fast. The music is super repetitive. 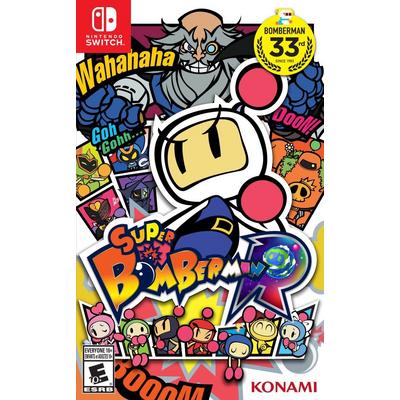 Super Bomberman R
Nintendo Switch
Buy 2 Pre-Owned Games, get 1 free! Cannot be combined with any other offer. Add items to cart for discount.