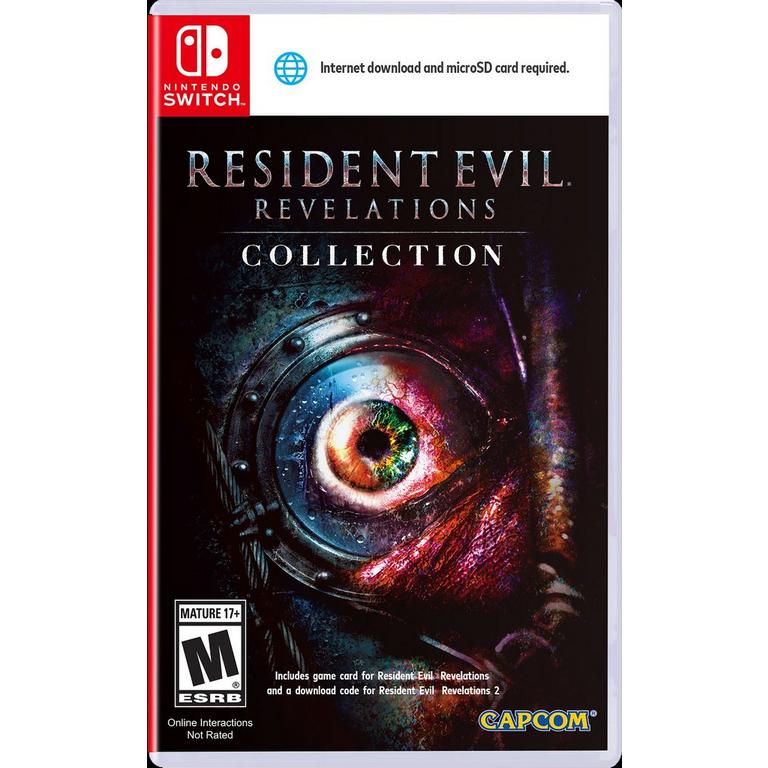 Survival horror makes its way to Nintendo Switch with Resident Evil Revelations. In addition to the thrilling conspiracy storyline featuring series favorite Jill Valentine, this package also includes the fan favorite Raid Mode. Raid Mode, which was first introduced to the series in the original version of Resident Evil Revelations, sees gamers play online in co-op mode or alone in single player taking on the hordes of enemies across a variety of missions whilst leveling up characters and earning weapon upgrades.

The critically acclaimed survival horror title takes players back to the events that took place between Resident Evil®4 and Resident Evil®5, revealing the truth about the T-Abyss virus. Resident Evil Revelations features series favorites Jill Valentine and Chris Redfield, plus their respective BSAA partners – Parker Luciani and Jessica Sherawat. The action begins on board a supposedly abandoned cruise ship, the ‘Queen Zenobia', where horrors lurk around every corner, before players head for the mainland and the devastated city of Terragrigia. With limited ammo and weapons available, the race is on to survive the horror of Resident Evil Revelations.

Resident Evil Revelations 2 comes to Nintendo Switch and tells the tale of RE past and present as they meet on an abandoned island facility. The beginning of the Resident Evil Revelations 2 tale sees fan favorite Claire Redfield make a dramatic return. Survivor of the Raccoon City incident depicted in previous Resident Evil games, Claire now works for the anti-bioterrorism organization Terra Save. Moira Burton, is attending her welcome party for Terra Save when unknown armed forces storm the office. Claire and Moira are knocked unconscious and awaken later to find themselves in a dark and abandoned detention facility. Working together, they must find out who took them and to what sinister end. Will Claire and Moira make it out alive and discover what's led to them being taken to this remote island? A story of twists and turns will have players guessing the next step at every turn.

Headed for the remote prison island in search of his missing daughter, Barry Burton meets brand new character Natalia Korda, a little girl who has a strange power that allows her to sense enemies and hidden items. Using this skill alongside Barry's proven combat abilities, players will need to alternate between the two to survive the mysterious island and find Moira. With terrifying enemies waiting around every dark corner, Barry will need to use his ammo and weapon supply wisely, in classic survival horror style.

In addition to the dramatic, multi-threaded story mode, the solo/co-op Raid Mode makes its return and is stuffed with content to keep players running and gunning for hours on end.

*Resident Evil Revelations 2 is not included with pre-owned purchases.

Asked by: Danielle Ferguson
You need a min of 26gb for the revelations 2 download
Answered by: the lord

Asked by: Jackwako
If it&rsquo;s pre-owned, no guarantee that you will get part 2 Since it&rsquo;s a downlod code on a paper inside the box&nbsp;
Answered by: JJLL

If I buy the pre-owned one for $19.00, will I still get Revelations 2, or pretty much just getting the first 1?thanks

Asked by: Michael09
You'll just be getting just RE Rev 1 on the physical cartridge! Part 2 requires a, likely used by the time if / when you see it, promo code and 24 GB of space.
Answered by: MegaM79

I just bought the game and my code won't work I have 23bg on my switch system does it come with both games or just one?

Asked by: Danielle Ferguson
Did you buy it used or new? Used RE does not come with RE2. If you purchased it brand new, you should have a valid code. If not return it to GS.
Answered by: ten1963

does it come with both games or just one

Asked by: Danielle Ferguson
Thank you for your question Danielle. This product comes with both Resident Evil Revelations 1 and 2.
Answered by: GameStopTeam12

If you don't get Revelations 2 with the used purchase, why is it advertised as a combo pack &amp; charged as such?

I just bought the game and my code won't work I have 23 GB on my switch system does it come with both games or just one? 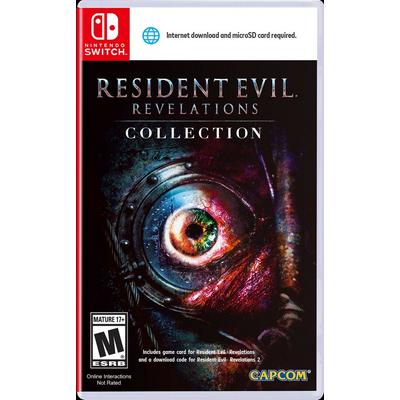