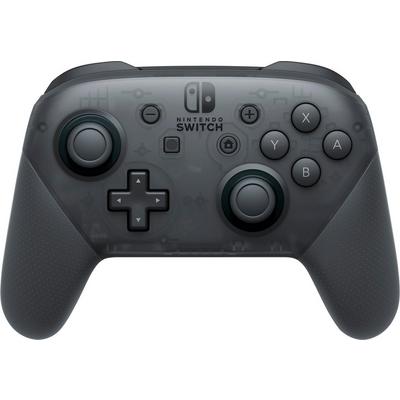 Nintendo Switch
3% Off Online Orders When You Use Your PowerUp Credit Card!

Tradeable
Buy Now
NBA 2K celebrates 20 years of redefining what sports gaming can be, from best in class graphics & gameplay to groundbreaking game modes and an immersive open-world “Neighborhood.” NBA 2K19 continues to push limits as it brings gaming one step closer to real-life basketball excitement and culture.

Does the physical game require a big download. You buy physical to avoid downloading alot.

Do you really need to download this to play? Or can you just play a game?

Asked by: Tazz24
Yes the game needs to be downloaded
Answered by: Lc221983

Are these reviews for Nintendo Switch? I see comments stating XBOX and Playstation. I am wondering if the game for the switch is good.

Asked by: baby girl stephanie
No
Answered by: Jacob360
NBA 2K19 is rated 4.4 out of 5 by 332.
Rated 5 out of 5 by Billybob2018 from Baller, shot caller, 20 inch rims on the impala. I definitely reviewed this game before purchasing it. I have to say I had my doubts about NBA 2K 20 because I had not owned a basketball ball game since 2007. The point being was that the storyline was horrible in NBA 2K 20. The gameplay didn’t so much change than it did the year after. I was pretty much sold on NBA 2K 19 because of the storyline and how much fun it was to play your own created player. I’m very glad I did not purchase NBA 2K 20. Yes 2K 19 has a lot of functions and features to purchase. Gladly I am not a diehard fan and I can live on without additional purchases. Even though the story more will be short but well lived, I am still happy on my purchase of 2K 19 instead of 2K 20. Maybe I’ll wait till 2K 21 comes out and make my decision then on whether to purchase it or not. Do your own reviews if you would like but 19 comes out on top better than 20.
Rated 1 out of 5 by Tim Collins from Can't play it I bought it an can't play it because of the storage which no one told me I had to get more storage. I finally got more storage an still can't play it
Rated 5 out of 5 by Brandon Hampton from Gameplay still good one year later Great game. Just as good as 2k20. Game stand up over time. Fun even if you aren’t a fan of basketball. Just like Mario Kart is fun if your not into racing.
Rated 5 out of 5 by Jesse Bennett from 2k19 This product is awesome. It plays just as it would on any other console. The graphics are still amazing
Rated 5 out of 5 by Eaglesight from NBA 2K19 on the go Great game for Nintendo Switch Lite, good controls and graphics
Rated 2 out of 5 by Code Name Gee from 2K vs Live NBA live allows you to upgrade your easier player by playing not by purchasing VC. NBA 2k19 Myplayer mode is meant to be played online but NBA live has a better offline Myplayer mode. Overall NBA 2k has better game play but Live is closer than people realize. Also my face scan on NBA live is 1000 times better than it is on NBA 2k.
Rated 5 out of 5 by Chardonnay from NBA2k19 This game is amazing. My son plays it all the time.
Rated 5 out of 5 by GamerDad9000 from NBA 2k19 is amazing! This is a great basketball game. Gameplay is smooth and the graphics are amazing. Keep in mind that you will need to put a mini SD card in the Switch and download content to it in order to be able to play this game. 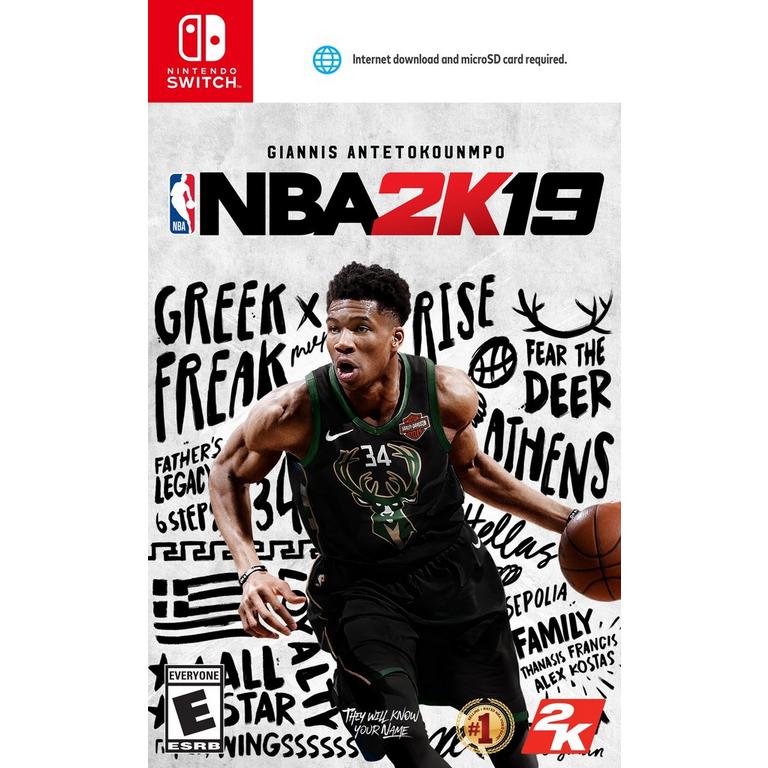