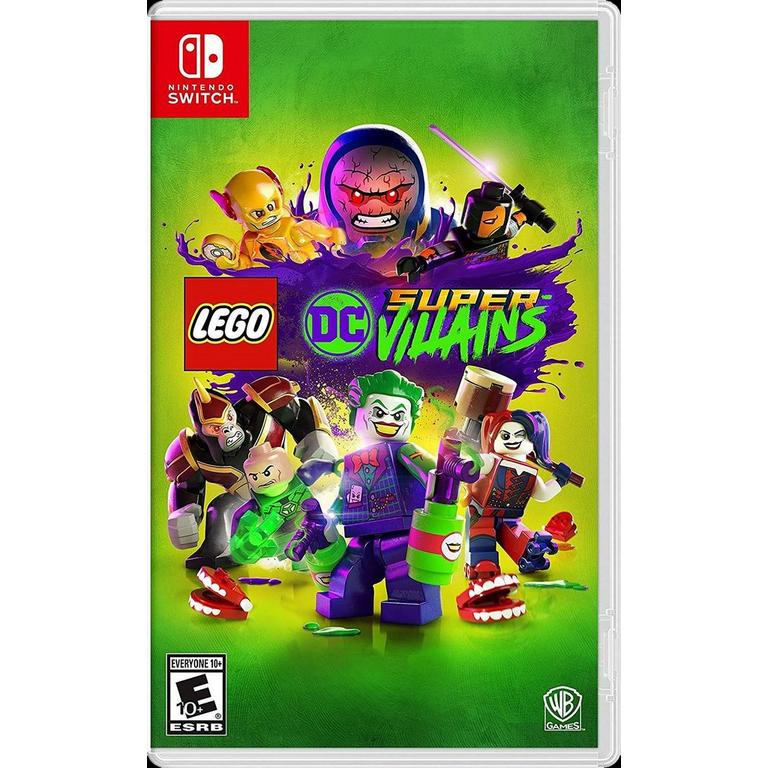 It's good to be bad... Embark on an all new DC/LEGO adventure by becoming the best villain the universe has seen in LEGO DC Super-Villains. Players will have the ability to create and play as an all-new super-villain throughout the game, unleashing mischievous antics and wreaking havoc in an action-packed, hilarious story written in collaboration with DC. Set in an expansive, open world experience within the DC universe, the Justice League has disappeared, leaving Earth's protection to their counterparts from a parallel universe, who have proclaimed themselves as the ‘Justice Syndicate'. It's up to you and a crazy group of misfits to uncover the intentions of Earth's new, strange, wannabe superheroes. Joined by renowned DC Super-Villains: The Joker, Harley Quinn, Lex Luthor, Deathstroke, Killer Frost, Sinestro, and countless others from the Injustice League, players will set out on an epic adventure to ensure their villainy remains unrivaled.

The Joker, Harley Quinn, Lex Luthor, and others from the Injustice League won’t stand for second-best when it comes to villainy. Embrace your inner super-villain, as you battle opponents, solve puzzles, and overcome obstacles using menacing pranks and tactics experienced best from the unique perspective of the bad guys.

The Justice League has disappeared, leaving Earth’s protection to their counterparts from a parallel universe, the “Justice Syndicate”, a new, strange group of wannabe superheroes with unclear intentions. Whether it’s Graffiti Spraying walls in Metropolis or using Fear Toxins to scare characters in Gotham City, super-villains have full reign to use any trick in their arsenal to stop the Justice Syndicate’s evil scheme. 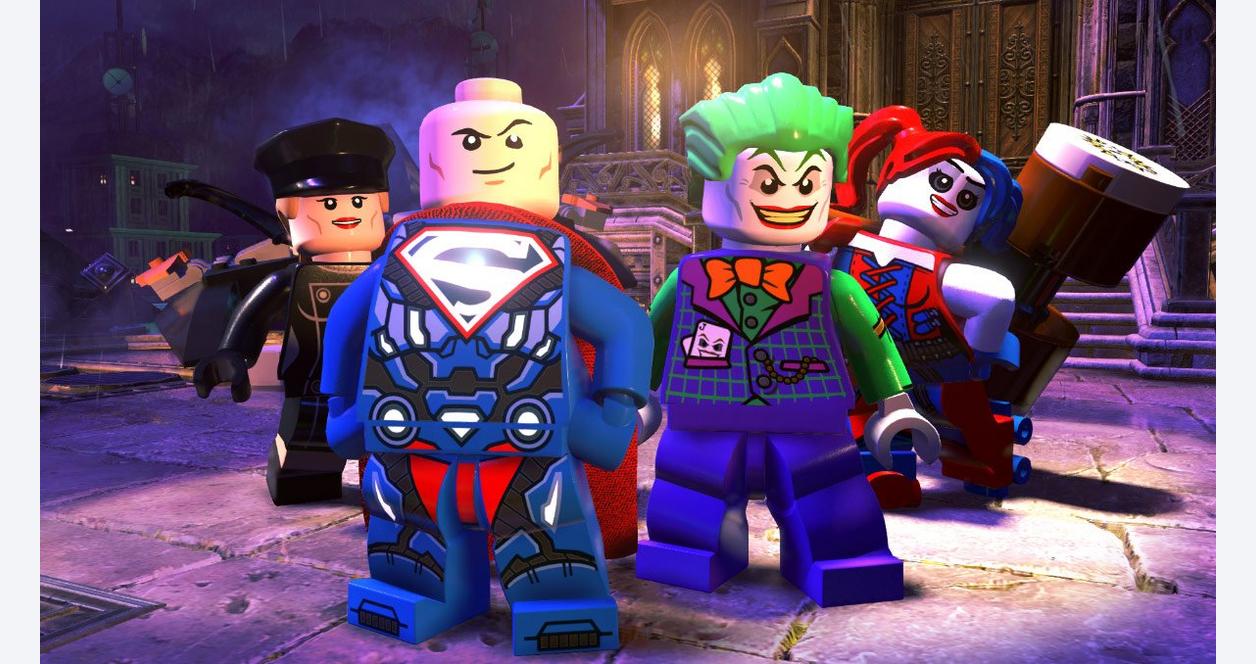 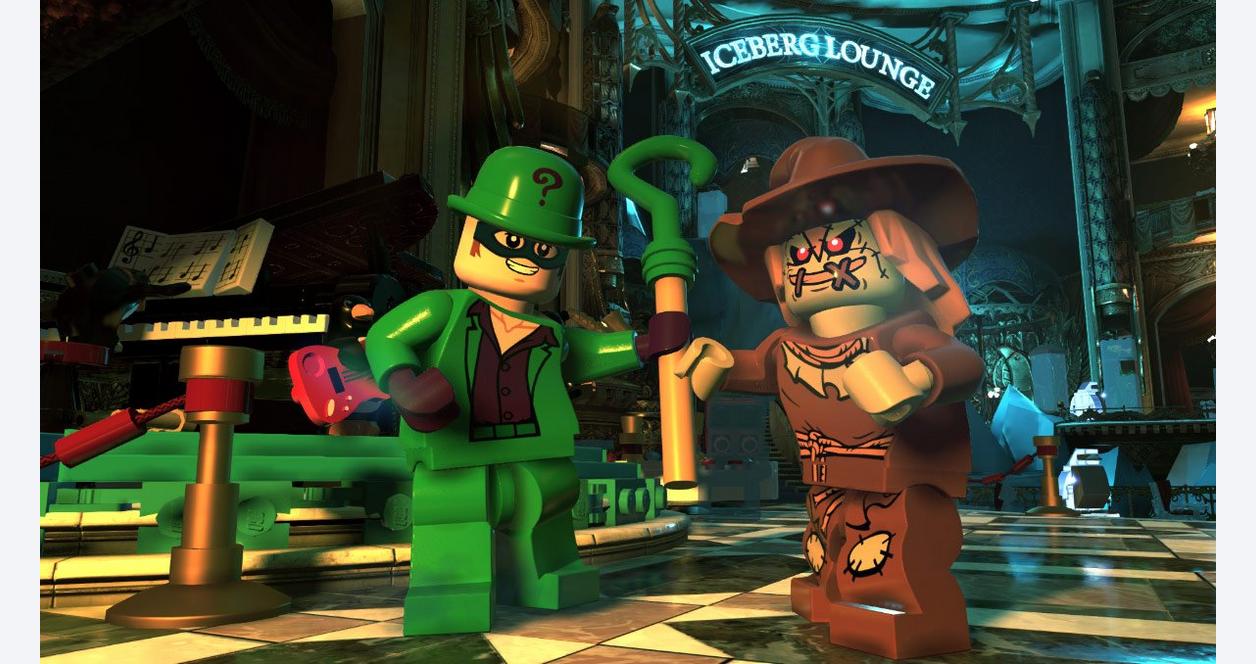 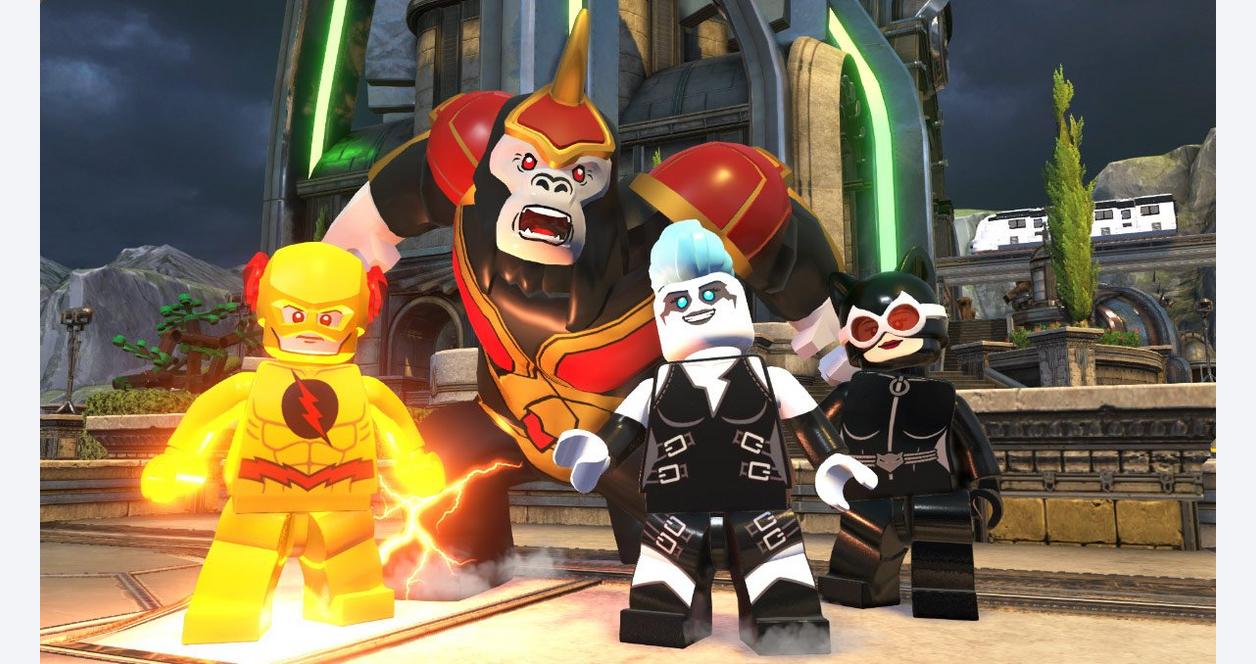 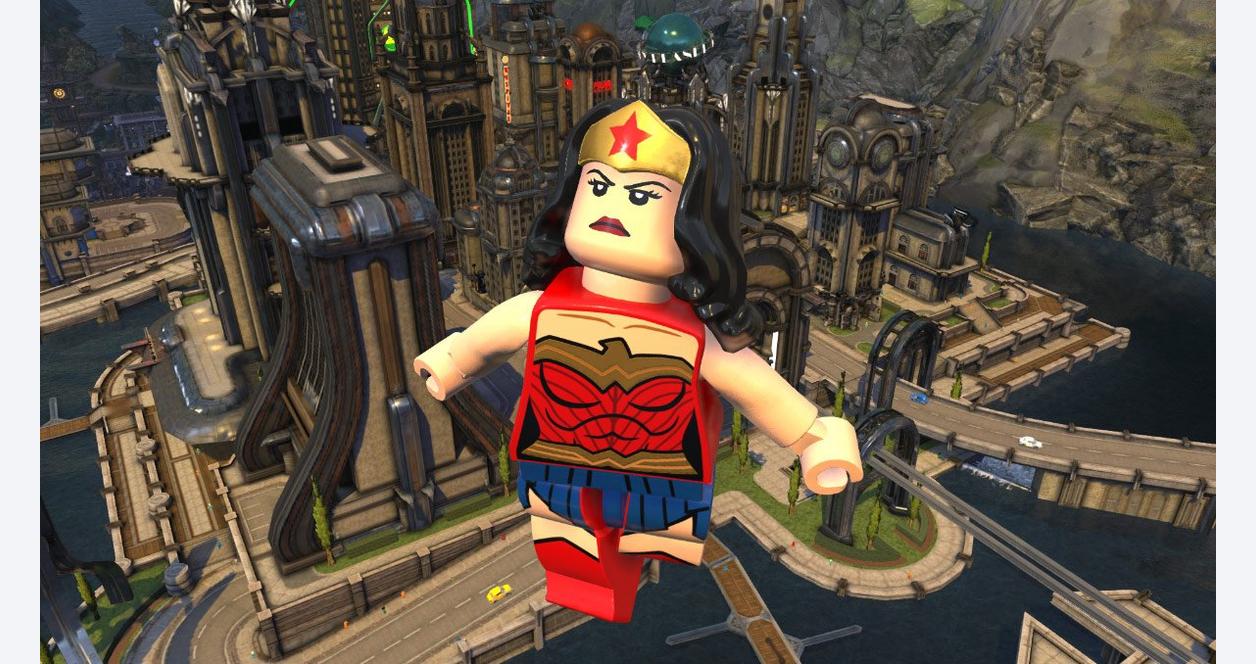 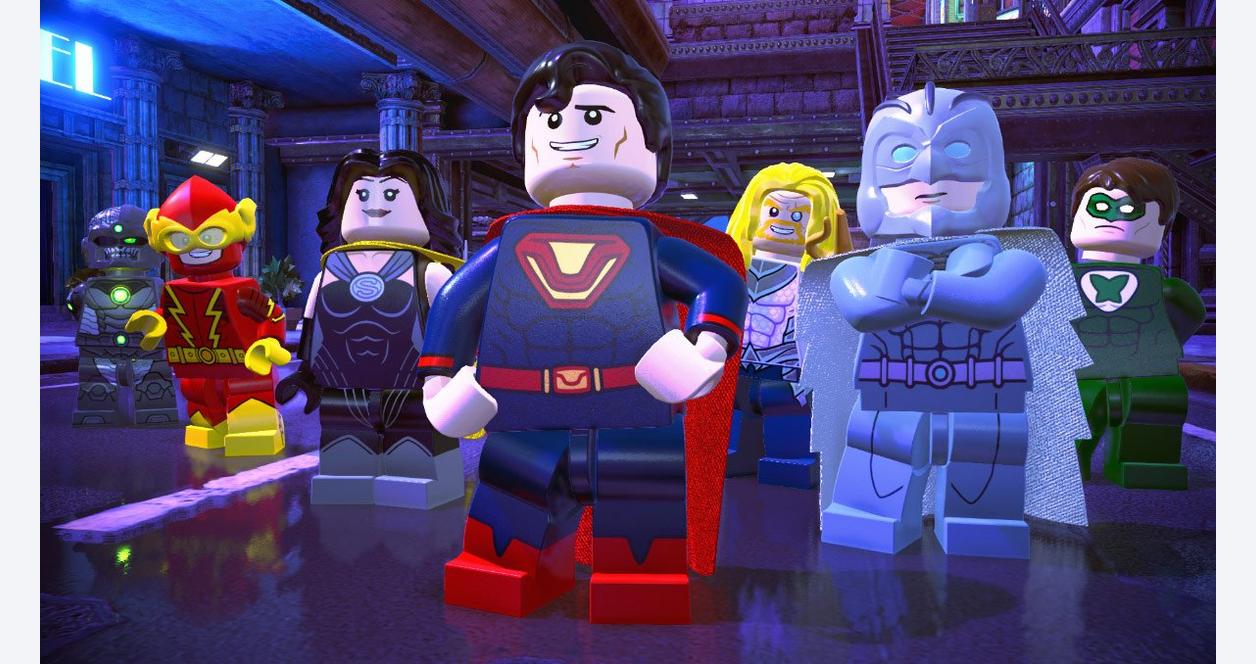 LEGO DC Super-Villains is rated 4.4 out of 5 by 473.
Rated 3 out of 5 by CoreyC58 from Tired Franchise Although it is novel to play as the DC Super Villains you can see they are beating a dead horse. Tle Lego franchise need to be completely overhauled cause they are basically all the same.
Rated 5 out of 5 by Loop Reviews from 'Lego' of your Lego game grumps I played a lot of lego games and since lego marvel super heroes (1) none of them seemed to go anywhere. They added voice acting and some bells and whistles, but the stories they told lost their lego humor and fun. This game gains some of that back while keeping the high standard of great voice acting (for most characters). The switch port was not lacking in anything but did have slightly long load times into the hub world, but for a portable console it gets the job done and preserves the feel of the big boys.
Rated 3 out of 5 by Deadshak from It's a lego game... It's a lego game, super similar to all the other lego games that have come out over the last 10 years. Neat you get to be the bad guy, the videos cut scenes are funny, and the gameplay solid. I have zero complaints, though don't expect anything new. As a disclaimer, this game was bought for my 5yr old son and he loves it.
Rated 4 out of 5 by Aur0ra145 from Decent Decent game. Okay humor. If you're a fan of Lego games, you should like this one.
Rated 5 out of 5 by Sean Temples from One of the best Lego games I saw some videos on YouTube about this game. I have Lego Marvel Super Heroes 2 for the Nintendo Switch and that's why I wanted to get another Lego game for the Nintendo Switch about DC Villains and Heroes.
Rated 3 out of 5 by Grifter413 from Game play and load times Game has intros to levels that are cut scenes and can’t be skipped. Also, some of the puzzles are misleading if you don’t pay attention you may miss what you’re supposed to do next.
Rated 4 out of 5 by Drich228 from Lego Fun If you’ve played the past DC Comics Lego games this one is a lot different from the past ones.
Rated 5 out of 5 by red1967 from Loves it My daughter bought this with a gift card she got for Christmas. She loves this game and I think it was a good buy

Can you pair two more controllers to play this game with 4 players?

Asked by: jamclark
There is only a two player option&mdash;when activated the screen is split.
Answered by: HarleyGotham

Is this a 2 player game?&nbsp;

Asked by: Cathy_89
It's two player. Just do what you usually do to turn on the other controller for a Lego game.
Answered by: JediAura

How does co-op in this gameand switch work? Can you do download on two switches? Or local play?

Asked by: Ark2069
I believe it's just local.
Answered by: Kurohimiko

How many players can play at same time?&nbsp; 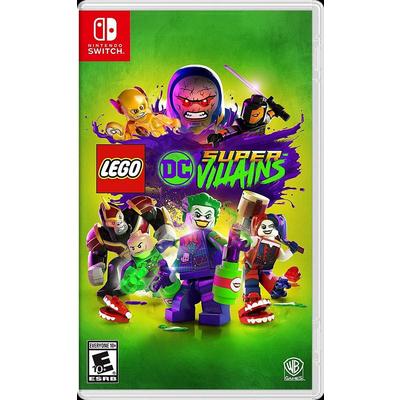