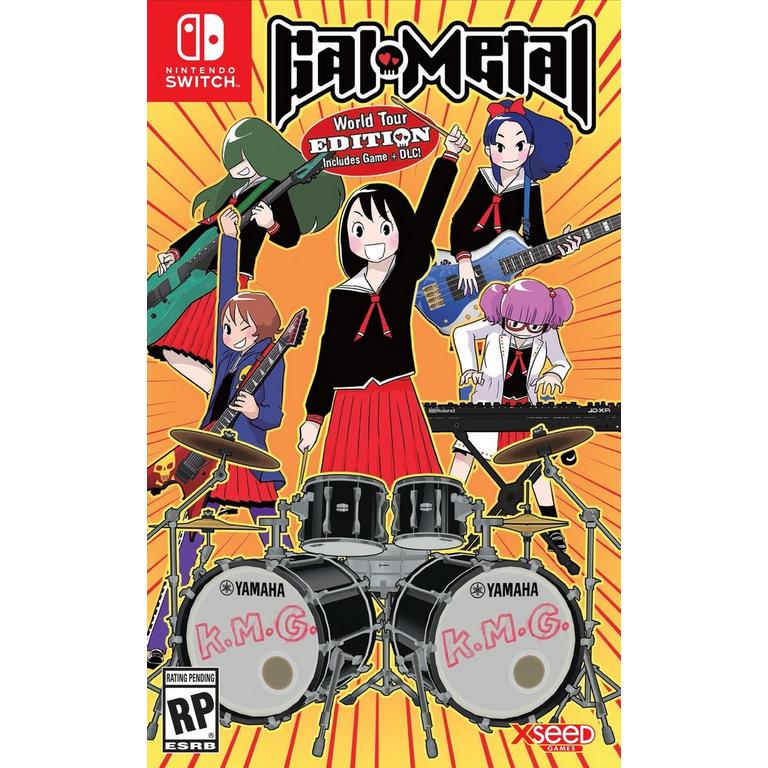 Aliens are invading Earth! These eight-tentacled extraterrestrials want revenge for humanity's reckless broadcast of the Golden Record from the Voyager probe, which ruined the peace and quiet of their corner of the universe. The only thing standing between these music-hating creeps and total planetary domination is...a metal band?
More Details Less Details

Landing over the sleepy Tokyo suburb of Kichijoji, the invaders abduct an unassuming high school student and merge his soul with that of Rinko, the drummer in her high school's outrageous all-girl metal club. Now sharing Rinko's body, this unlikely duo will have to team up to take down the aliens with the only weapon they have: metal.

Joining this pair are their bandmates in K.M.G. (Kichijoji Metal Girls): Kia, super sci-fi nerd and synthesizer player; Mani, resident rich girl and bassist; Shiimi, delinquent and lead guitarist; and Eri, gentle giant and backup guitarist. Together, they'll perfect their music to thwart the aliens and protect the Earth, all while navigating the rigors of regular school life.

Unleash the Power of Metal

Gal Metal is a rhythm game designed for Nintendo Switch™ that turns your Joy-Con™ into drum sticks. The Joy-Con™ (L) and Joy-Con™ (R) produce different sounds, and swinging them together creates a cymbal crash. The game can also be played with a Pro Controller, but no matter how you choose to jam, you'll be creating awesome drum lines in no time. By fashioning your own beats to the game's library of songs, you'll earn metal power that can be turned against the aliens!

Gal Metal World Tour Edition is rated 4.2 out of 5 by 40.
Rated 2 out of 5 by ZeSneakyPanda from Great soundtrack. Terrible execution The music is actually good, but the rhythm game controls could use some work. You play as the drummer of the band and you have to keep the rhythm to defeat the evil aliens invading earth. With the motion controls they only work half the time and sometimes too much. You mainly handle the snare and bass drum so a lot of the game is generic and boring even with a great concept.
Rated 5 out of 5 by TsubakixStar from Very interesting game! Love that it is a free style rhythm game. Gives you freedom that other rhythm games don’t where it doesn’t matter how you hit as long as it goes with the flow!
Rated 5 out of 5 by HunterJK from Weirdest rhythm game ever. I love it! This is one of the weirdest games I’ve ever played. That said, it’s super fun! I love the manga-like art style, and I got to live out my dreams of being the drummer in a metal band.
Rated 3 out of 5 by Rikachu from Swing your joy cons to kill aliens! Interesting rhythm game, but has no set beats to it. You pretty much just freestyle. But not bad for the 15 I paid for it.
Rated 5 out of 5 by Synthekitofgold from Gal Metal Gal Metal is an excellent rhythm game with a unique concept I’ve never seen before. One of the best switch games so far!
Rated 4 out of 5 by Lenny dogna from form tak fuji xxx to the yyy you get suck from the mind of tak fuji mister extreme him self come gal metal a music rhythm that you play a guy who got his soul stick in a girl body to defined the planet form octtoids play the drum or other musical instruments pros. good music plot has a nice pace and can be as different has you want to be cons. you play the drummer why to much
Rated 5 out of 5 by 808 oofmonsta from Fun game It’s actually fun creating drum beats and trying to find out more while playing
Rated 5 out of 5 by Echo2018 from Great game funny story and good use of the joycons The game is something different for the switch and makes really good use of the joycons 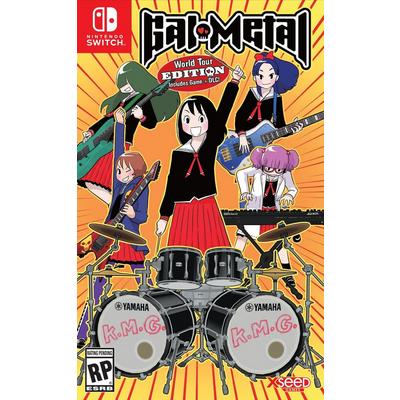