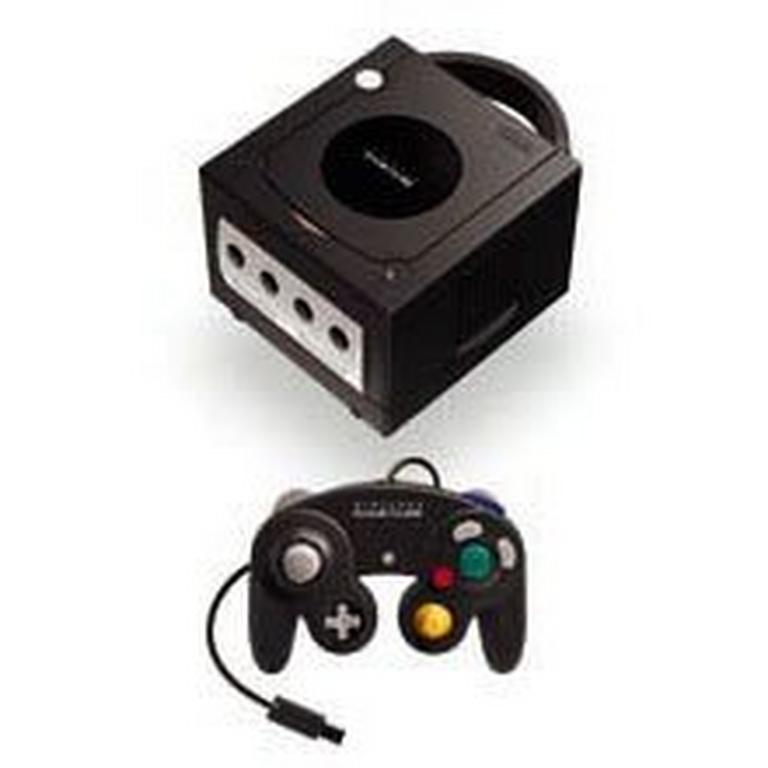 This is a Refurbished GameCube console. It is guaranteed to work and does not include a box or instruction manual. Comes with a controller & all the cables needed. Controller may vary from one shown.
Enter Nintendo's Gamecube. This system was made by Nintendo specifically for one main purpose, quality eye catching gaming entertainment! Gamecube uses the latest technology and continues Nintendo's legacy with popular games from the past like Zelda, Super Mario Bros, Metroid and many many more!
More Details Less Details

The Nintendo 64 was a highly advanced piece of hardware. However, because it had such superior capabilities, developers probably felt as if it was a challenge for them to produce for it. Because of this, along with complicating software development, N64 gained a reputation of being a difficult system on which to develop games.

Additionally, in response to the demand for new types of entertainment from users in the game trade, the scale of games became larger, and frequently special adjustments to software had to be made. This came back to haunt the developers in the form of development costs and it would not be an exaggeration to say that it made software development more challenging.

This type of problem, if not solved, could have a dramatic effect on the succeess of the game business.

Nintendo decided to focus on solving this issue by creating the Gamecube with the purpose of realizing the highest level of performance and to enhance the productivity of software development. This was Nintendo's vision of what a next generation game machine should do.

Instead of going for the highest possible performance, which does not contribute to software development, Nintendo created a developer-friendly next generation TV game machine that maintained above-standard capabilities.

In order to accomplish this, Nintendo has painstakingly removed the bottlenecks which hinder an efficient system. They also introduced 1T-RAM technology, which has a minimum of delays, into the main memory and the Graphics LSI Mixed Memory. Also, secondary cache memory with a large capacity was implemented in the MPU. With this combination Nintendo succeeded at creating reliable functionality that can be used with actual games.

The Nintendo GameCube can create worlds in which players can enjoy the feeling of actually touching the worlds created by the software. In addition, players benefit by building a bond with the game and characters in it.

The NINTENDO GAMECUBE carries on the DNA of Nintendo games and gave birth to a new kind of entertainment that surpasses existing concepts of what great gaming is.

The New Generation of Entertainment in the 21st Century starts right here.

*The Gekko MPU integrates the power PC CPU into a custom, game-centric chip.

GameCube GameStop Premium Refurbished Assortment is rated 4.6 out of 5 by 143.
Rated 5 out of 5 by JohnCena69420 from Great console! I did not buy this from GameStop but I do recommend this console, it aged well and holds up over time, it has a great library of games and variety, i recommend this console.
Rated 5 out of 5 by SmokeyBill from JUST THE BEST ! Have played this Nintendo from it's beginning and all others since. NO doubt, this is/was the best game console and games ever submitted by Nintendo.
Rated 5 out of 5 by Catxz from The game cube I think this is a good console because it has such a good price value it's so cheap
Rated 5 out of 5 by Elite4 from 0.M.G Why are that not still marking these? The Pokémon games are the bomb! Recamend it 2 everyone
Rated 5 out of 5 by Zahl from Nintendo's Prodogy If you can get your hands on one of these do it! This console is what kept Nintendo in the ring and is still fueling them today. If you're looking for amazing multiplayer games you can jump in with 4 players all on the same console, no internet necessary! Yes this isn't revolutionary but the Gamecube really did perfect it. If you haven't played games on a Gamecube then you haven't played Nintendo.
Rated 5 out of 5 by RussianGamer from A Truly Underrated Console! Many people frowned upon this console and sells where pretty low for Nintendo throughout this consoles lifespan. Many disliked the small optical discs, some hated the controller design, and it seemed like many hated the design of the console in general. With many saying it was nothing more than a lunchbox. I will admit I was a PS2 and XBOX person and wasn't interested in the GameCube. But one day I decided to give this system a chance. And well, I'm sure glad I bought this console! The design is actually pretty cool looking in my opinion, it didn't look like a gaming system, which in my opinion gives it more appeal. This console graphically is better than the PS2. Nintendo choosing to go with optical disc did hurt it's sells because some developers did not want to have to work with the consoles specs. Which meant less developers, although Nintendo did release a lot of awesome exclusives for this system like Super Mario Sunshine, Pokemon games, PikMin, Metroid Prime, Donkey Kong Jungle Beat, Paper Mario, etc... One thing that drew people away was the fact that since Nintendo was using optical discs their was no CD or DVD play back capabilities. One awesome feature for this console though was the Nintendo Gameboy adapter which let you play Gameboy, Gameboy Color and Gameboy Advance games on your television!! The adapter added a ton of games to this consoles game library. I love the Gamecube's design, the controller is comfortable and the button placement is well placed in my honest opinion. Some love the controller, some hate it, it's a preference I guess. All in all this is an awesome console and I still play mine today. If you can get your hands on one it's worth it!
Rated 2 out of 5 by bunnyboy4ever from Mediocre compared to Wii & Wii U First off I hate needing a memory card to save the game with EVERY game on the system. Second the lack of backwards compatibility. The switch to CD technology meant it wouldn't be able to play N64 games unlike the PS2 because the PS1 also used said technology. But it's still better than Nintendo choosing what games can be used on a system like MICROSOFT. & then there's the fact that I can't recommend playing 2D games on it because the D-pad on the controller is WAY TO STIFF. see ya.
Rated 5 out of 5 by RussianGamer27 from Awesome Game Console! I just recently bought myself a Nintendo Gamecube. When it came do this generation of consoles I played mostly PS2 and Xbox. I always thought the Gamecube was just for kid gamers. Well I was incredibly wrong. This console has a lot of fun titles for both kids and adults. Honestly I play my old consoles like this one more than I do my newer ones. The graphics for this system are very solid. In my eyes I think the Gamecube is better than PS2 in graphics capabilities. It's a shame they quit making games so early for this system. That's one major reason why the PS2 sold more systems. Overall this console is excellent. Small and compact design which doesn't take much space on my entertainment stand. A handle to carry the console, which comes in handy when moving it to clean. The controller is quite comfortable. The button design is fairly positioned nicely. The PS2 had the best controller in this gen of consoles, but the Gamecube controller is better than the Xbox. Gaming wise this console has many solid titles like Metroid Prime, Super Mario Sunshine, Resident Evil 4, and many more. An excellent console for kids and adults alike!

Does this come with the controller, power cord, and av cables?

What are the contents of this product?

Is this a real Gamecube? It seems pretty suspicious to me 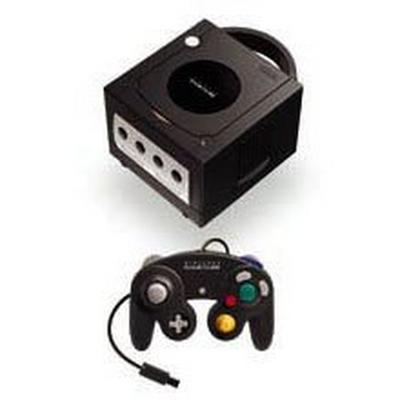