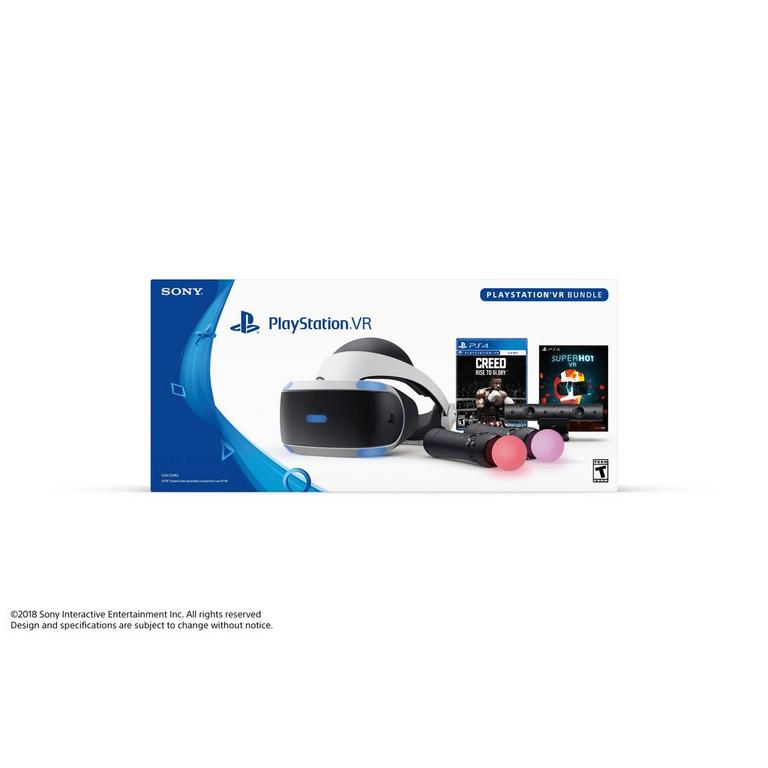 DISCOVER A NEW WORLD OF PLAY.Your heart will race. Your pupils will dilate. Your instincts will kick in and take over asyou discover new worlds. Fully immerse yourself in the experience, whether you wantto slay mythical beasts, step into the boxing ring, survive the undead, or take on morethan 200 incredible games and counting.
More Details Less Details 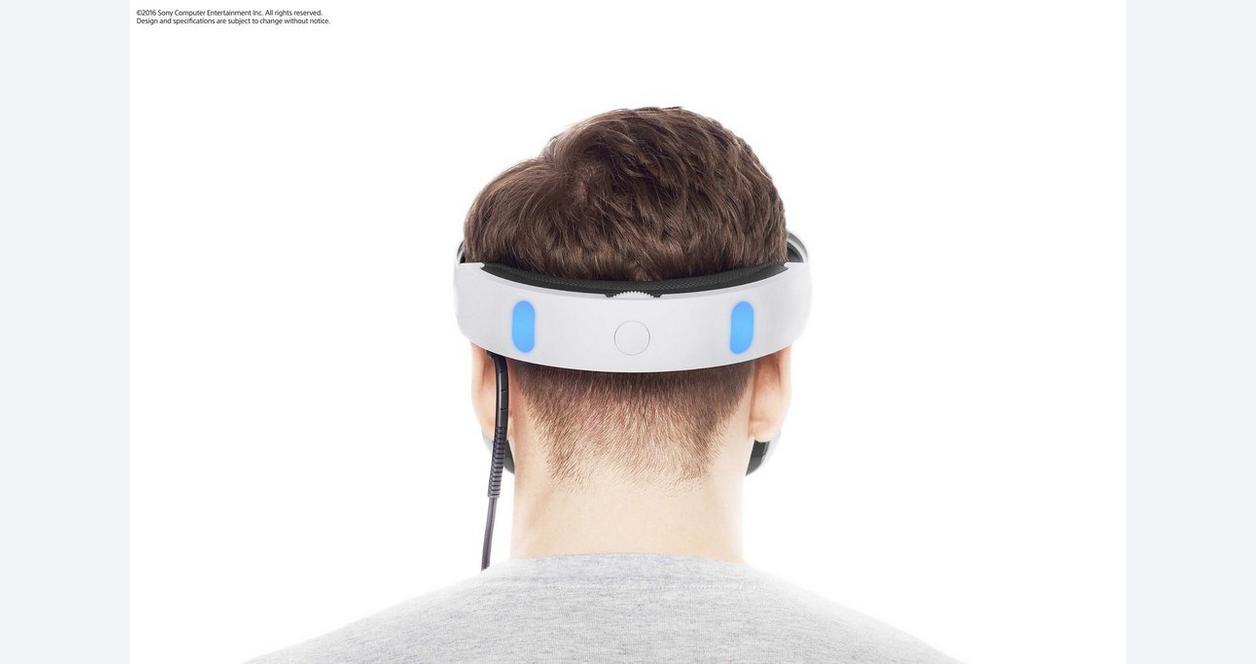 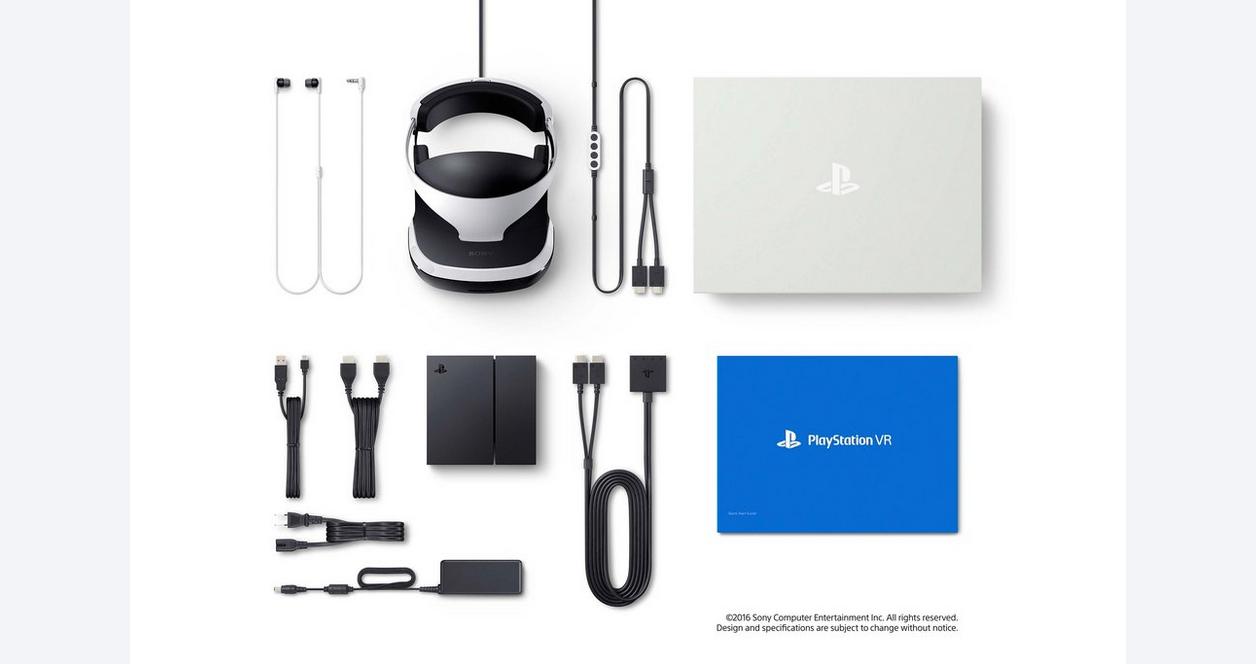 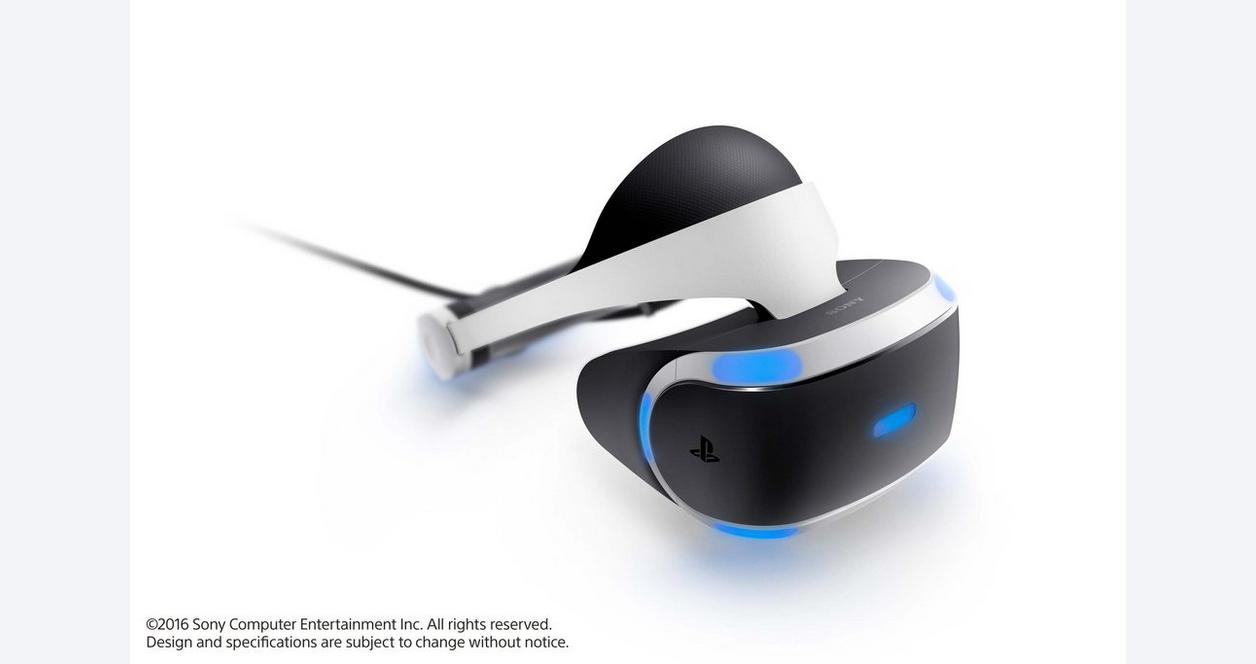 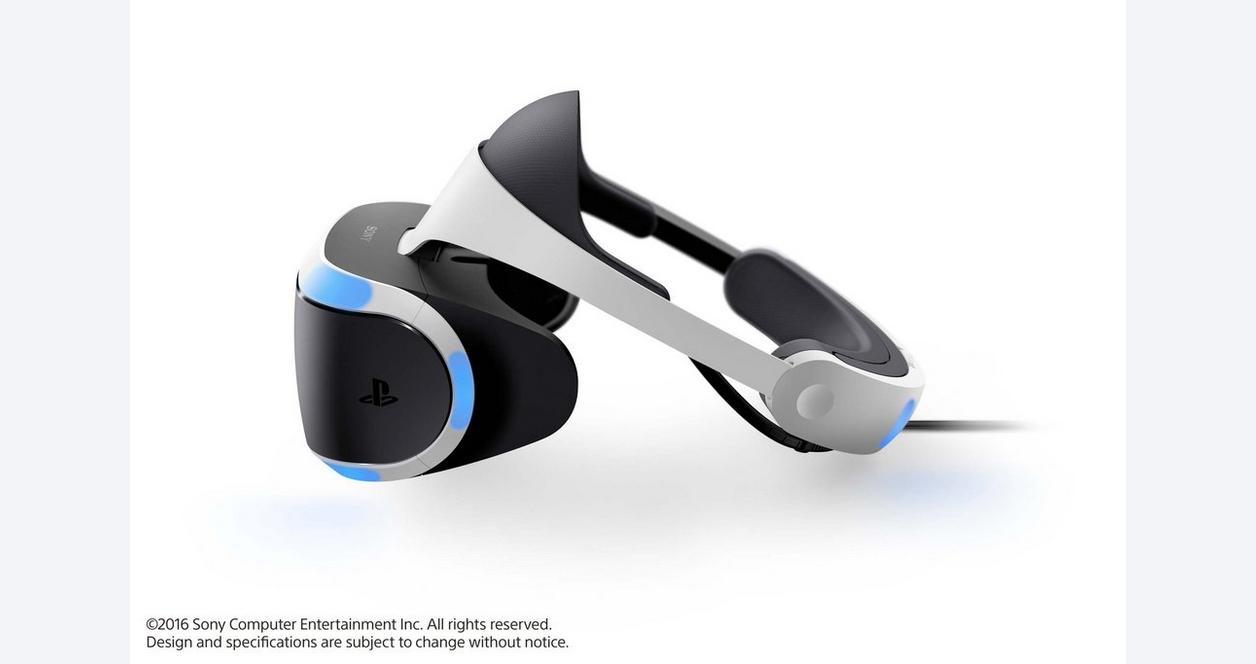 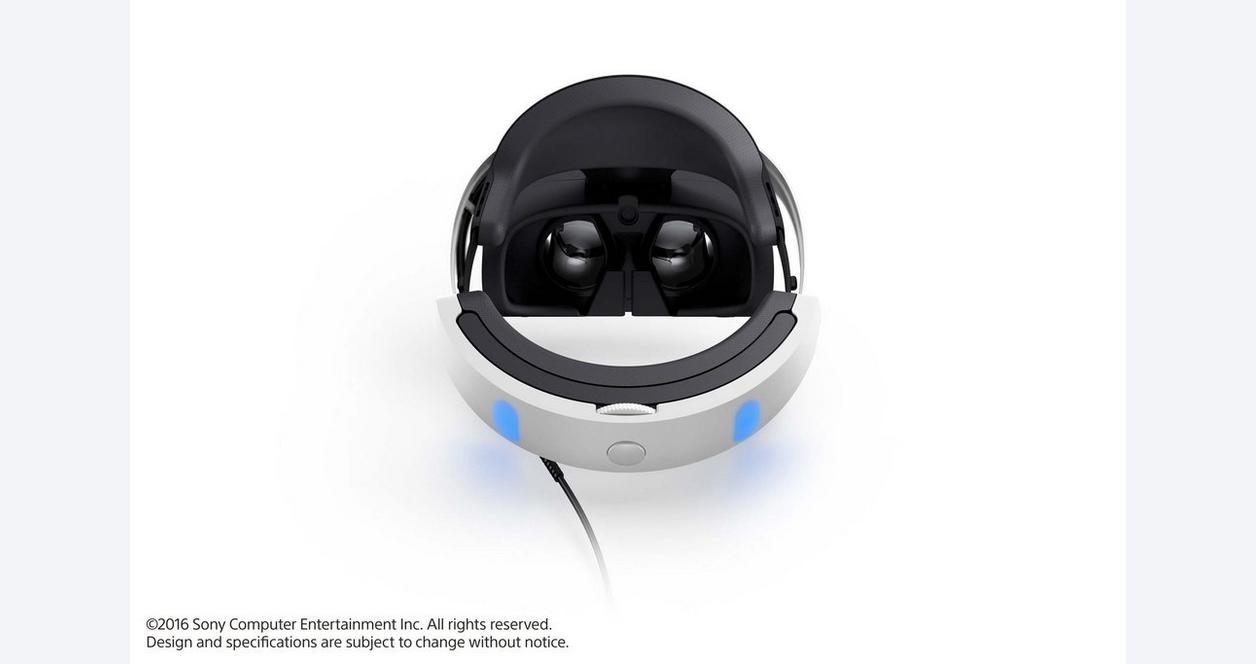 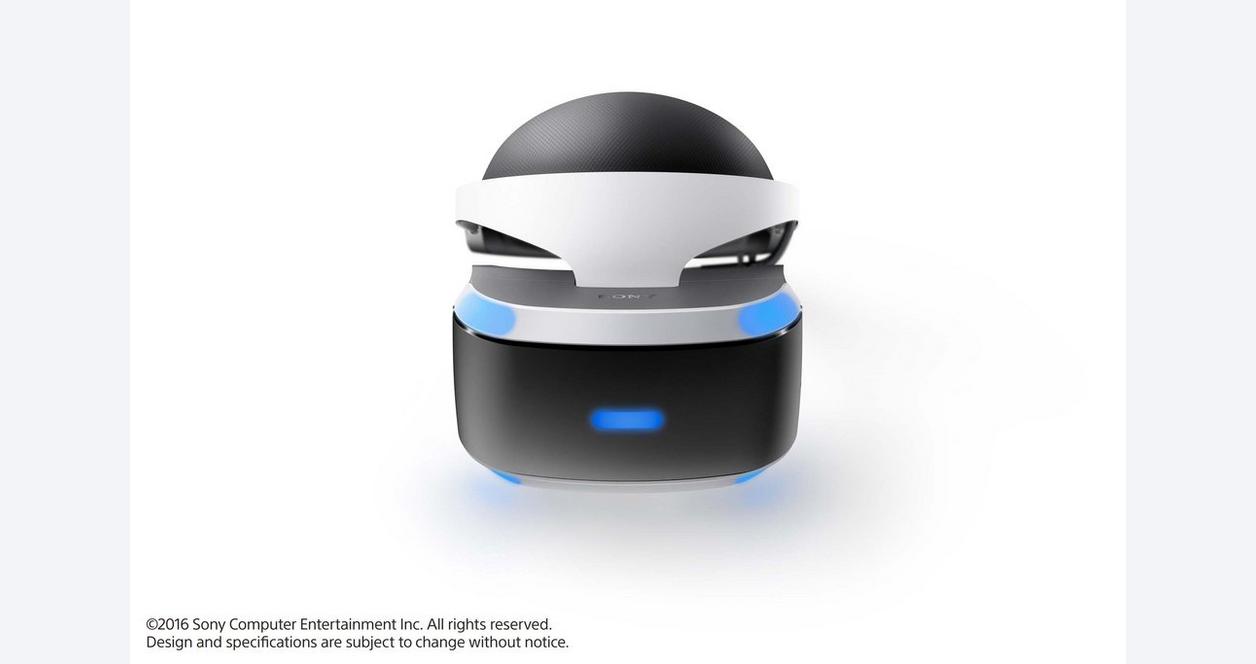 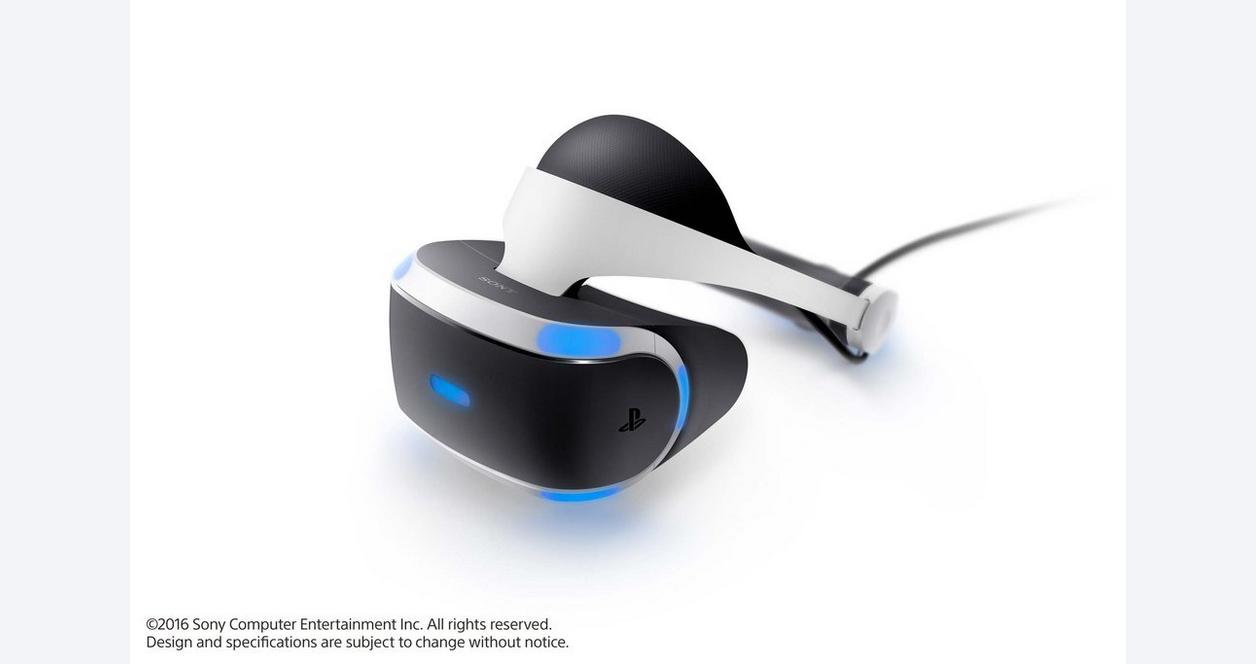 Do you have what it takes to become a champion? Follow the ascent of boxer AdonisCreed as you go toe-to-toe with the world's top opponents in this intense, cinematicboxing experience.

CREED: Rise to Glory challenges both your body and mind as you rise through the ranksand battle to become a champion to be reckoned with. Experience the ascent of AdonisCreed from scrappy underdog to prize fighter: train with the legendary Rocky Balboa,feel yourself become stronger, and take down opponents in boxing's most iconic rings.Break your opponents, not your immersion. Experience a new take on VR melee combatthat mimics the real-life impact of throwing and taking punches in the ring withresponsive control and virtual stamina.

Blurring the lines between cautious strategy and unbridled mayhem, SUPERHOT VR isthe definitive VR FPS in which time moves only when you move. No regenerating healthbars. No conveniently placed ammo drops. It's just you, outnumbered and outgunned,grabbing the weapons of fallen enemies to shoot, slice, and maneuver through ahurricane of slow-motion bullets.

Winner of numerous VR Game of the Year awards, SUPERHOT VR is a title reimaginedand redesigned from the ground up for VR and hand tracking controllers.

SUPERHOT VR now also includes the massive SUPERHOT FOREVER update, bringinghours of new replayable challenges, achievements and hardcore endless levels toSUPERHOT VR's time-bending gameplay. The game will test your limits. But at the endyou will prevail. You will be one with the system.

PlayStation VR Creed Rise to Glory and SUPERHOT VR Bundle is rated 4.6 out of 5 by 228.
Rated 5 out of 5 by Towna from Good It was really good and even better when u get the hang of it
Rated 5 out of 5 by Sircumsalot from Dizziness You might get dizzy the first couple times of using it. Some games can make you more dizzy than others.
Rated 5 out of 5 by Sindred from A new way to experience video games. An amazing new way to experience video games that made the entire genre feel new again.
Rated 5 out of 5 by MRTIM from the best awesome !!! that's all i can say.It's by far the best game to me.I play it with my son all the time.
Rated 4 out of 5 by Quarlock from Worth it, but not full price! The games it comes with could be fresher, I mean, better. But overall great bundle, specially if you get it at sale.
Rated 4 out of 5 by Natethepower2 from Super hot OR creed: rise to glory Creed is for people who like more active or physical gaming. Super hot is based more on skill and timing!
Rated 1 out of 5 by Depressedwaffle from Waste o money Waste of money. Need a lot of space to set up correctly. Camera is jinky and hard to use without issues. You cant bend to pick up a gun without losing your hands along the way. This can make playing any vr game extremely difficult and frustrating
Rated 5 out of 5 by TL3530 from I’m no gamer, but this is worth the $! It’s better than I can describe, it’s better than you expect it to be. It’s made me want to try every single game that has been released for it, just to experience being in the game itself. If mine broke tomorrow I’d immediately buy another. I can work out with it, have friends try it out, and watch there reactions once they see the unexpected. I’m not someone that writes reviews or even wastes time reading them, I usually just take a chance and buy something and most the time it’s regret or just ok kinda wishing id used the money elsewhere, but not this.

Can you play ps4 games with VR? Or does it have to be psvr games only?

Asked by: Korak
In cinema mode
Answered by: Ju1b0y

Does this bundle come with a charger for the ps vr and controllers?

Asked by: Sweetxd
The headset does not need to charged as it is powered through a box it connects to. &nbsp;The controllers are updated to the mini usb connection and can be charged in a separate charger or can be connected to the PS4 and charged through REST MODE.&nbsp;
Answered by: Gaetano

Did it come with demo?

Asked by: Los07631
It had one of the PlayStation Playroom Vr demo disks, and of course the 2 games (SUPER HOT, and Creed) cam with the bundle I purchased. There are also many other demos in the store for free, the Until Dawn demo/game is another fun one.
Answered by: MexiBear

Is there a PS4 console minimum requirement(500GB or 1TB)??is it going to drain the memory available from a 500GB or works well with either(1TB)?? We have a 500GB that's why I ask. I'm thinking we're probably going to have to uninstall most games to enjoy

Asked by: S1851199
the best thing about VR games is that they don't take up a lot of space in your hard drive, so either way it goes both 500 GB and 1 TB are perfect
Answered by: Silverdre

Is this bundle the newest version of the the head set

Asked by: Oldest pop
Yes it is. I just got in early October and it was one of the best birthday gift I have received.
Answered by: OneBadBou

Can i play red dead redemption on ps4 with these goggles?

Is it hdr or 4K. I want to pick one up this Black Friday&nbsp;

Asked by: Letsgo4whln
That would depend on your setup. Do you own a 4k TV?
Answered by: Vgvr

Is this the 2nd PSVR system or the 1st one? 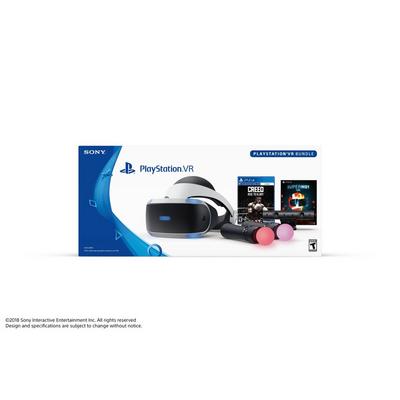