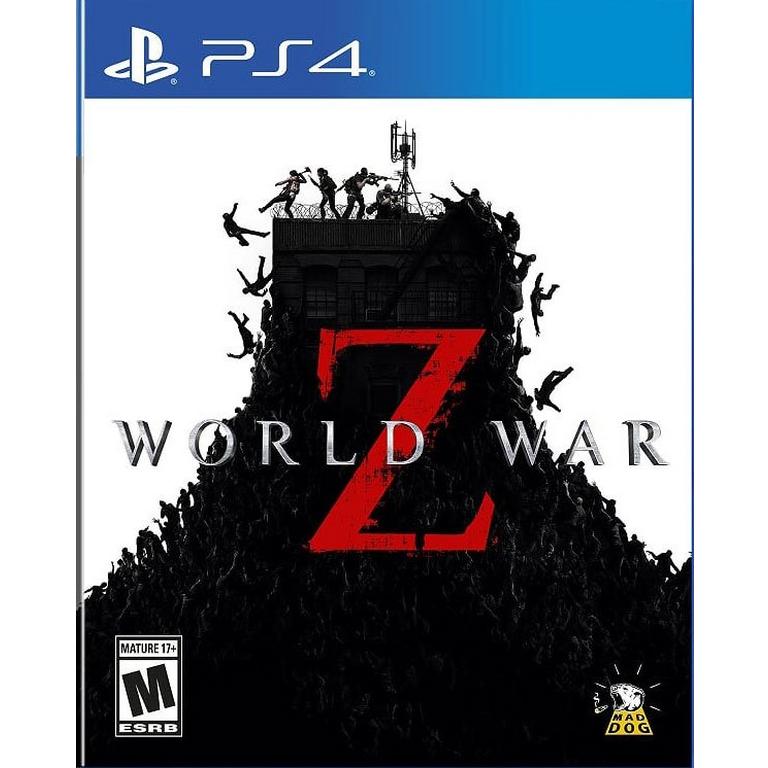 The swarm feels neither fear nor mercy. It rolls forward to spread and consume. Together, make your stand and unload an arsenal of deadly weaponry into these hundreds of swarming zombies. Feel the satisfying rush of life as you cheat death and prevail against such overwhelming odds. Cut the undead down with rocket launchers, machine guns, sentries, turrets, grenade launchers, barbed wire, and more.

Stories From a World at War

Humanity is on the brink of extinction. From New York to Moscow, to Jerusalem, the undead apocalypse continues to spread. Countless millions of ravenous zombies without feeling or fear overwhelm and infect the embattled survivors of World War Z.

As the end looms, a hardened few band together and endure. Alone, we are easily overcome. Together, we may yet bring down the horde and press on. For our story – the story of humanity – can only live on if we do.

Moscow
Father Popov and his team must survive the zombie horde to find a secret Kremlin bunker.

New York
A group of survivors atop a Manhattan office building must survive the zombie-infested buildings, streets, and subways of New York to escape the city while the military attempts to take it back.

Jerusalem
A military squad must rescue a top scientist from the fallen city to activate a weapons system on an abandoned satellite base.

Tokyo
Quick to respond to the global outbreak, Japan decides to evacuate the country. A volunteer search and rescue team must battle the hordes to protect the civilian population as they retreat to the Tokyo harbor.

In-game Zombie Hordes behave like real crowds, getting stuck in narrow corridors and climbing on top of each other to reach players on higher levels. Hordes become increasingly more difficult to defeat and behave like single entity bosses as players progress through the game.

Procedural enemy and item spawns — based on player performance — provide a highly replayable co-op experience. Stand your ground, gear up, and strategize as you set traps, barricades, turrets, and sentries to survive the zombie swarms

World War Z is rated 4.0 out of 5 by 807.
Rated 1 out of 5 by Hatingwife205 from World War Z It suck... How do zombies run one min then the next they slide across the floor?
Rated 2 out of 5 by Izzy95 from It was okay. Too much going on. Not really digging the co-op gameplay.
Rated 4 out of 5 by Backstreet07 from Awesome game So far I am new at gaming and this is my fav game right now
Rated 4 out of 5 by Nick Brissette from World war z World war z is a fun game, bring your friends and have a ball!
Rated 1 out of 5 by calfroper2105 from Totally unrealistic hordes/poor gameplay explained I didn’t like the lack of realism to the hordes coming at you! The amount of zombies running toward you is ridiculous and you should be easily overran, yet somehow as your shooting them or blowing them up they magically become manageable. It’s a little bizarre. Also, the game does a horrible job of explaining the differences in the zombies and the crafting of weapons. You have no idea until a few hours into the game, what the different types of zombies do or how to deal with them. I stopped playing it after a few hours. Just seemed annoying. But preowned to try and return for full refund, that’s what I did.
Rated 2 out of 5 by Antonio Beardall from Meh. Not much of a good story. But if you want just a shooting game, this is for you.
Rated 5 out of 5 by Mercy78 from Must buy Awesome graphics!!! Love this game, definitely has my attention
Rated 5 out of 5 by WhyMe1 from Overlooked game! Game was overlooked when it first came out but, it is truly a great game.

Saw a review that says &quot;You should know that there is only 4 player. No 2 player plus bots.&quot; So does that mean you can play locally with 4 controllers/players but not with just 2 players?

Asked by: LKLO
You can play locally with friends or with bots or both
Answered by: Aceofspades1304

Is this a local multiplayer or online game

Asked by: Operator_jacob
It allows both as long as there's another Playstation 4 in same household.
Answered by: PSNZEMO

How many players can play

Does this game have a single player mode with AI or is it online matchmaking only?

Asked by: wolfefam4
It has a single player with AI, that's actually how I've been playing it for now.
Answered by: Ec74133

Is it a disc copy

Asked by: Zero GameStar
Yes it is. I have my copy in hand.
Answered by: Millennial Z

Can I play this on a New Zealand PlayStation that runs on pal?

Asked by: Lisa Stackhouse
You'd be able to play game on LAN/PAL. Playstation 4 and Pro editions allow connected consoles to play with in household. You wouldn't be able to connect to Playstation Network online with other individuals on LAN/PAL.
Answered by: PSNZEMO

Is this a game for online play only or can you play offline by yourself?

Asked by: Snobaby628
It can be for both. Online if you have active subscription and offline with AI
Answered by: Jmeoff19

wait so i can play by myself correct or no?

Asked by: bonecrusher19
It's like Left 4 Dead where you have AI as your team mates. If you do it offline you can play on your own.
Answered by: Ec74133 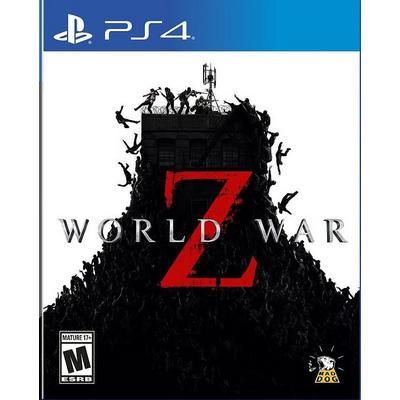