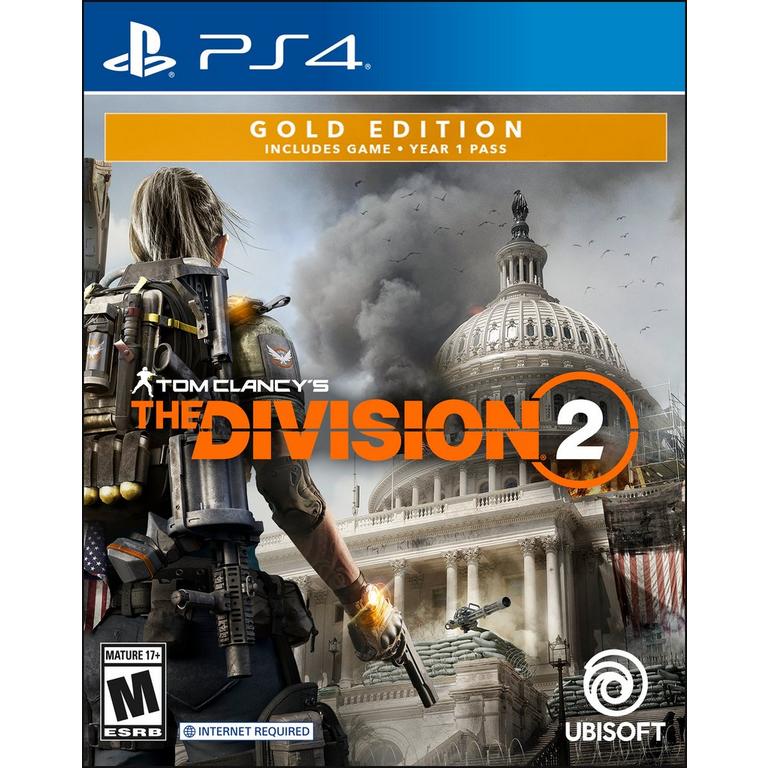 The fate of the free world is on the line in Tom Clancy's The Division® 2. Lead a team of elite agents into a post-pandemic Washington, DC, to restore order and prevent the collapse of the city.
More Details Less Details

Restore order in the nation's capital by taking out thuggish factions and collecting newer, better weapons

The classless skill system allows you to customize your play experience to your liking and swap on the fly. Gunplay is more satisfying than the first game, but the sticky cover system can leave you unintentionally exposed when moving to new positions

The story falls short, but The Division 2 is filled with loops to keep you invested in upgrading your agent well beyond the endgame, including gear score optimization, Dark Zone ventures, and daily challenges

Ubisoft learned a lot of lessons during the evolution of its first looter-shooter, The Division, which steadily blossomed into a game that maximized its potential and earned an adulating fan base. But transitioning from of a fully fleshed-out live service to a sequel is a harrowing road filled with many pitfalls, as Bungie experienced with the bungled Destiny 2 launch. I'm happy to report that The Division 2 heeds those warnings and skillfully sticks its landing, offering a wealth of engaging content that should keep players invested long after they finish the campaign.

The original Division earned detractors for its spongy combat. The cognitive dissonance of needing to unload a full clip into the head of a garbageman was hard for some to shake. This problem is largely diverted in the sequel; the time-to-kill is much shorter for basic enemies, the crazed rushers are often hopped up on some stimulant when they charge at you with wild abandon, and the biggest baddies are covered in armor you need to pick away at before revealing their meaty centers. The enemy A.I. doesn't always make smart decisions, but when they coordinate and flank, the combat comes alive in a way that rivals the best shooters available today. The large variety of enemies creates a strategic layer that keeps engagements exciting well into the endgame. Intense satisfaction comes from a well-placed turret mowing down a legion of enemies or landing a shot on a suicide bomber that takes out other baddies in the vicinity. The main shortcomings that persist from the first game are the weak melee attacks, overly complex grenade-throwing, and a finicky cover system. Sometimes leaning out the side of cover unintentionally slides you into an exposed position, and the stickiness can mistakenly pull you into cover when performing evasive rolls.

The combat also shines thanks to Ubisoft's fantastic mission designs. The star character of The Division 2 is Washington, D.C. itself. The game takes you to so many historical landmarks, museums, and other popular destinations, the only thing missing is the sightseeing bus route. I battled through the U.S. Capitol, depleted enemy ranks around the Washington Monument, and ventured so many museums I started to think of the game as tourism with guns. It even has a photo mode for good measure. Many of these extended fights are memorable thanks to their surroundings; a planetarium firefight and the jungle skirmish in a Vietnam exhibit stand out in particular. These battles are best experienced with a coordinated group of four agents, but a solo run is also viable provided you move and act deliberately.

Tom Clancys The Division 2 Steelbook Gold Edition is rated 4.6 out of 5 by 199.
Rated 5 out of 5 by Maks_ameau from Worth the money... There is an immense amount of exploring, loot, objectives, and conflict. Very challenging.
Rated 4 out of 5 by Ktitans from Very good not great Played it non stop for several months but content isn’t good right now. Not as good as division 1 but it’ll get there.
Rated 3 out of 5 by Dell43 from Not what i expected.. After you reach lvl 30, its somewhat down hill from there. Since release some many nerfs have been released. Good luck.
Rated 5 out of 5 by Reythos from Get if you are a fan of Tom Clancy Great FPS by Ubisoft. The story is interesting and a proper sequel to the first Division title.
Rated 4 out of 5 by Rob228 from Entertaining. Fun game if you're just messing around. But micro transactions are annoying.
Rated 5 out of 5 by Anonymous from Clan You need a large and active clan to fully enjoy all aspects
Rated 5 out of 5 by LOADCHECKER from EXTREMELY ADDICTING This Game is very addicting and very challenging. Just as fun as the first one with lots of extra features.
Rated 2 out of 5 by Odins3eard from Disappointing Just The Division with a new cover. Pretty disappointed. 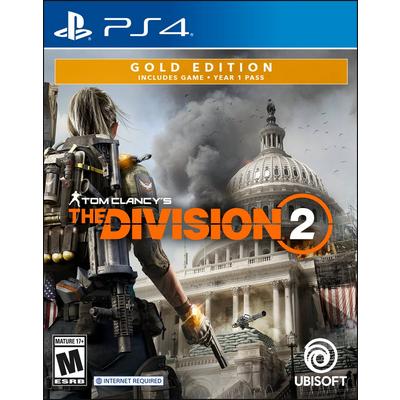