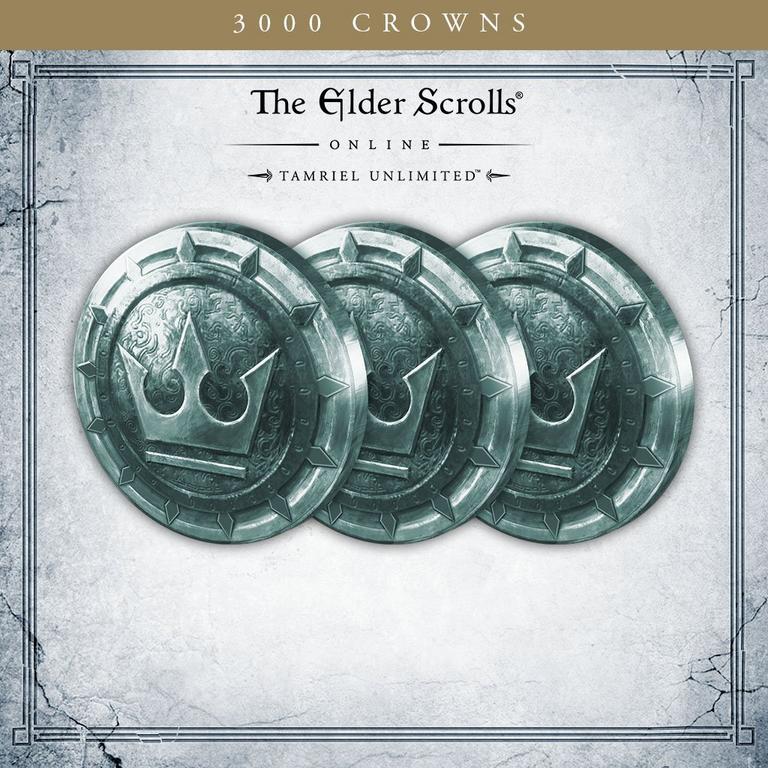 Blood and Gore
Sexual Themes
Use of Alcohol
Violence
Bethesda Softworks
The Elder Scrolls Online Tamriel Unlimited 3000 Crowns is rated 4.5 out of 5 by 2.
$24.99
Digital
$24.99

Purchase 3000 crowns to be used in The Crown Store. The Crown Store can be accessed in-game to browse and purchase unique pets, mounts, costumes for your character, and other virtual goods and services.

Product is currently unavailable, please use PlayStation Store Currency to purchase. Sales tax is not included. At redemption, state and local taxes may apply based on the address of the PlayStation account of the redeeming party.

With the purchase of the Imperial City DLC game pack, you get access to the full Imperial City zone. That includes the following:

Along with the Imperial City DLC game pack launch, everyone who owns The Elder Scrolls Online: Tamriel Unlimited will receive the base-game patch at no cost. The base-game Imperial City patch includes hundreds of fixes and improvements to existing game systems and content including combat, classes and skill lines, the Alliance War, dungeons, and quests. Here are a few of the highlights:

The Elder Scrolls Online Tamriel Unlimited 3000 Crowns is rated 4.5 out of 5 by 2.
Rated 4 out of 5 by Lanidg11 from Loving it! I was skeptical at first but once I started I was hooked :) glitches here and there like any other game 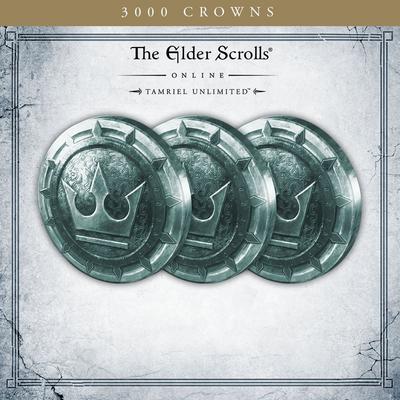