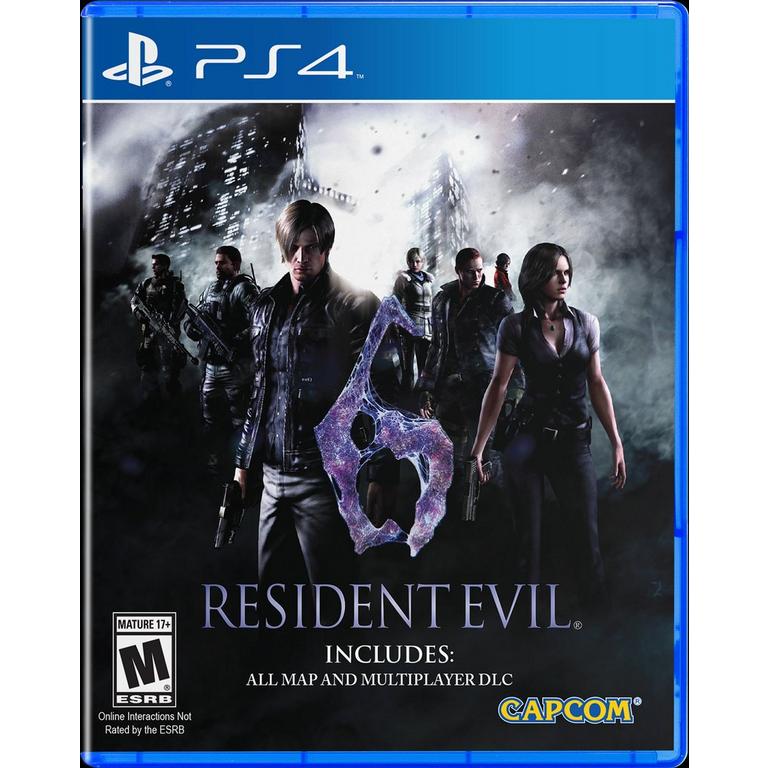 Starting with four distinct, yet interwoven story threads, each with their own pair of protagonists for either solo or co-op play, both offline and online, not only does Resident Evil 6 deliver both different perspectives and gameplay styles but, with the introduction of the innovative Crossover mechanic players can team up and share the horror. At key moments during the game, up to four players can join together online to tackle a specific situation, with some stages seeing the usual partnerships swapped to further increase the depth of gameplay.

Ada Wong, Resident Evil's very own femme fatale, dives into a thrilling campaign of intrigue and infiltration, featuring unique missions, gameplay and weapons. Ada is available from the start, but with the other campaign secrets within her grasp, it may be best to save this one for last.

The new release for PlayStation 4 and Xbox One also includes all the available content from Resident Evil 6, including all the extra console version post-launch content (Siege Mode, Predator Mode, Survivor Mode, Onslaught Mode, The Mercenaries maps, ResidentEvil.net costumes and other Extra Content modes).

Resident Evil 6 HD is rated 4.2 out of 5 by 316.
Rated 1 out of 5 by Alteregopsycho from Resident evil 6 I love resident evil... 6 just missed the mark. Save your money
Rated 4 out of 5 by Oak and Iron from Pleasantly surprised! Pleasantly surprised! I had heard that the game was disjointed and clunky and I couldn't disagree more. Resident Evil has strayed away from their horror roots but have come up with an excellent combination of action and horror. I enjoy the 3rd person game play and the interwoven story line make me want to play through as every character. (only one more to go). Some of the bosses are a little cheesy just like some of the previous iterations. Overall it is a fun game that can be run through without too much work.
Rated 5 out of 5 by Richard 2654 from Resident evil must have game I've always loved resident evil series I have played all of them and 6 is by far one of my favorites the graphics are great andjust everything about the game is fantastic and I love how there's more than one story to play and I can't wait just to play more really Williams thank you let's go
Rated 5 out of 5 by Hcmister from Great game. I bought it for someone else because she tried an older version and wanted her to see the better graphics and game play.
Rated 5 out of 5 by FluffyR from Great gaming Awesome and just as how a good zombie type of game it should be
Rated 4 out of 5 by Martin sandwich from Sometimes more is not better on this sandwich.. RE 6 sandwich’s 4 campaigns into one game! But it could have been made better without so many flaws like too many quick time events and bullet sponged bosses!
Rated 5 out of 5 by Gidian from Resident Evil 6 I really liked Resident Evil 6 for the 2 player fun. Leon's campaign was my favorite because it went back to what Resident Evil should never have left in my opinion the zombies. I hated 4 for taking the franchise away from zombies.
Rated 4 out of 5 by Stix556 from Resident Evil 6 HD Resident Evil 6 is an amazing game that comes full circle with two players. The split screen on could always be wider in my opinion. A major thing to look out for when playing with someone else in the same room is to switch to offline mode when setting up the game. (Needless to say I almost returned my copy because I was not about to pay to play a game I played for free on the PS3).

Gamestop Is it couch co op

Asked by: FireWater4
Yes, it has local split screen and online co-op play.
Answered by: Ahamuro

With purchasing the preowned version do I still get all the dlc costumes for mercenaries and how do I unlock them. 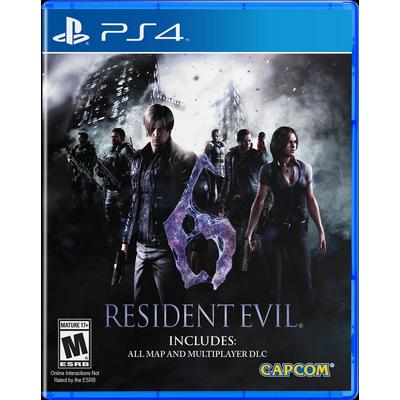