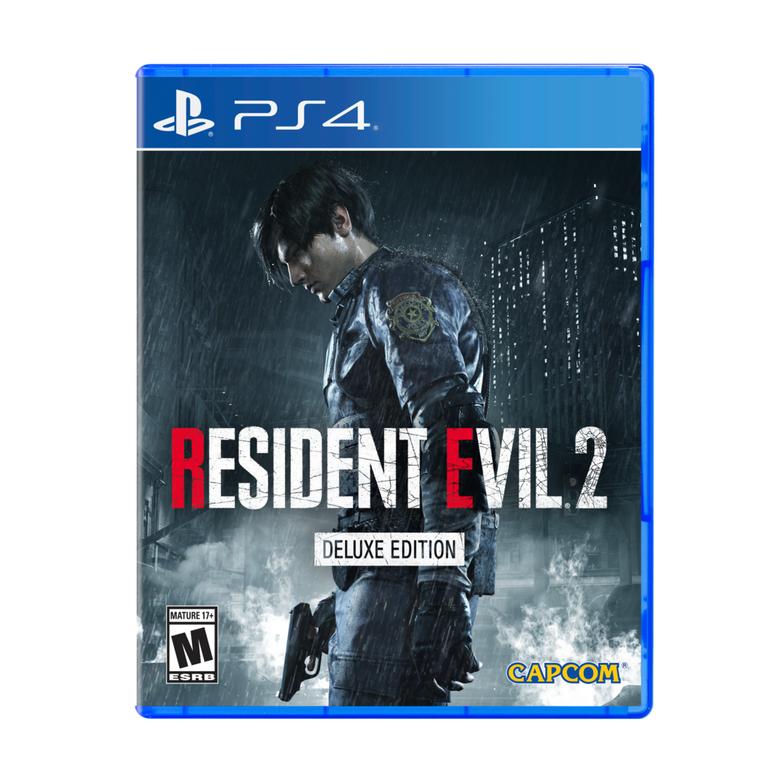 The genre-defining masterpiece Resident Evil 2 returns, completely rebuilt from the ground up for a deeper narrative experience. Using Capcom's proprietary RE Engine, Resident Evil 2 offers a fresh take on the classic survival horror saga with breathtakingly realistic visuals, heart-poundingly immersive audio, a new over-the-shoulder camera, and modernized controls on top of gameplay modes from the original game. The nightmares return reimagined for the PlayStation®4, Xbox One and Windows PC on January 25, 2019.
More Details Less Details

The Greater of Two Evils

For more than a decade, Resident Evil has felt like a franchise struggling to find its identity. The seminal Resident Evil 4 put a greater focus on action, but subsequent entries lost their luster. Resident Evil 7 was a major course correction but still felt like a radical reinvention that was finding its footing. Fortunately, Capcom might have finally found the magic once again. This brilliant homage to Resident Evil 2 not only revitalizes many of the survival horror elements that put the series on the map, it paves a brilliant path for the future of the franchise.

In its era, Resident Evil 2 was the pinnacle of survival horror. While the original Resident Evil established a formula, its sequel raised the stakes in nearly every way with tense exploration and nail-biting action. In 1998, Resident Evil 2's action was as intense as its atmosphere was horrifying, so it became a benchmark for PS One horror. Unfortunately, Capcom's classic has aged about as poorly as a zombie-eaten corpse.

Capcom's remake gives Racoon City a much-needed facelift, but a new third person perspective does even more to update Resident Evil's action. This remake returns to the series' slower-paced roots. Thankfully, slowing down the shootouts doesn't diminish Resident Evil's intensity. On the contrary, Resident Evil's action feels better than it has in years, and its smooth shooter controls are incredibly intuitive. Zombies shamble forward like herky-jerky wind-up toys. These animations are unnerving, but they also create an exciting metagame in which you must time your shots perfectly to hit these brain eaters in the brainpan. If you miss your shot, they keep stumbling forward, meaning that even two flaking zombies can pose a challenging if you're off your A game.

Revive Capcom's classic survival horror game with more than a visual overhaul. This feels like a new game that plays homage to the original – not a classic with a new coat of paint

The soundtrack is subtle but effective. However, creaking floorboards and other ambient effects do an even better job creating an uncomfortable atmosphere

RE 2's action is slow-paced but intense; the environmental puzzles are clever and never grow frustrating

For Resident Evil fans this is a must-play, but even those without nostalgia for RE 2 will have a good time

In Resident Evil 2, the classic action, tense exploration, and puzzle solving gameplay that defined the Resident Evil series returns. Players join rookie police officer Leon Kennedy and college student Claire Redfield, who are thrust together by a disastrous outbreak in Raccoon City that transformed its population into deadly zombies. Both Leon and Claire have their own separate playable campaigns, allowing players to see the story from both characters' perspectives. The fate of these two fan favorite characters is in players hands as they work together to survive and get to the bottom of what is behind the terrifying attack on the city. Will they make it out alive?

Resident Evil 2 Deluxe Edition is rated 4.8 out of 5 by 353.
Rated 5 out of 5 by Conker619 from PS4 Pro better controls than Xbox One Great game. Controls are better than the Xbox One I’m glad I purchased it.
Rated 5 out of 5 by Btmy3 from Fantastic Game Loved it. Ive played it over about 6 times. It also looks amazing!
Rated 4 out of 5 by jonnydk from Not a horror fan, but still looks good I got it because i thought i could use it to get into the series... but unfortunately I'm just not a horror guy. played the beginning and it looks fantastic!
Rated 5 out of 5 by StevenD from Awesome This is awesome. Will definitely be replaying this a few times. Loved every resident evil game in the franchise except 1 in particular. Can't remember the name know but it was a total waste of time and money.
Rated 4 out of 5 by LukeDHud from Luke Hudson's Incredible, Awe-Inspiring Review!! This game was such a blast to play through from beginning to end! Played on Hardcore or even Normal difficulty the game is appropriately intense and keeps you on the edge of your seat all the way through. Easily one of the best horror games I've ever played.
Rated 5 out of 5 by HellDeathKnight from BUY IT!! The reboot was definitely worth it. I was excited about it when I heard that it was getting remade but remained skeptical. I was certainly not let down. I'd definitely buy it again.
Rated 5 out of 5 by henry102938 from Can’t go wrong with RE2 Great upgrade from the orginal! Amazing mixture of old RE2 with new graphics, features, and revised story
Rated 5 out of 5 by Mash TAYters from How a remake should be As a big fan of the original, I approached this game with cautious optimism. But the final result undoubtedly exceeded my expectations. The evidently improved graphics, lighting, and attention to detail really bring this haunting world to life. The voice actors, even with a handle of rather corny dialogue, did a fine job at giving the characters an identity and made them real. Gunplay, inventory management, crafting and other gameplay mechanics are all finely tuned to make the experience accessible. I will say, though, the actual fear factor was almost absent in comparison to the original game, but did have enough tension in the gameplay and atmosphere to keep it riveting. Overall, this game is everything a remake should be. Capcom really pulled through in modernizing one of the best games ever made. It was a absolute joy to return to Raccoon City.

Asked by: Lalo13
The difference is that the Deluxe edition comes with some extra cosmetics that you can use for your characters and I believe some other bonuses
Answered by: RLVGaming 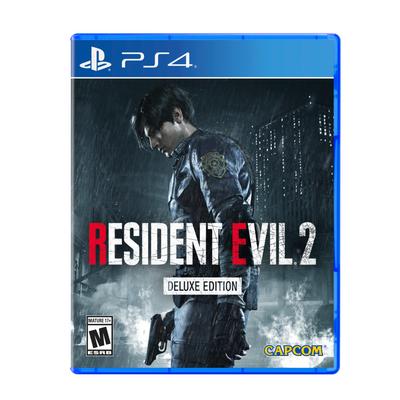