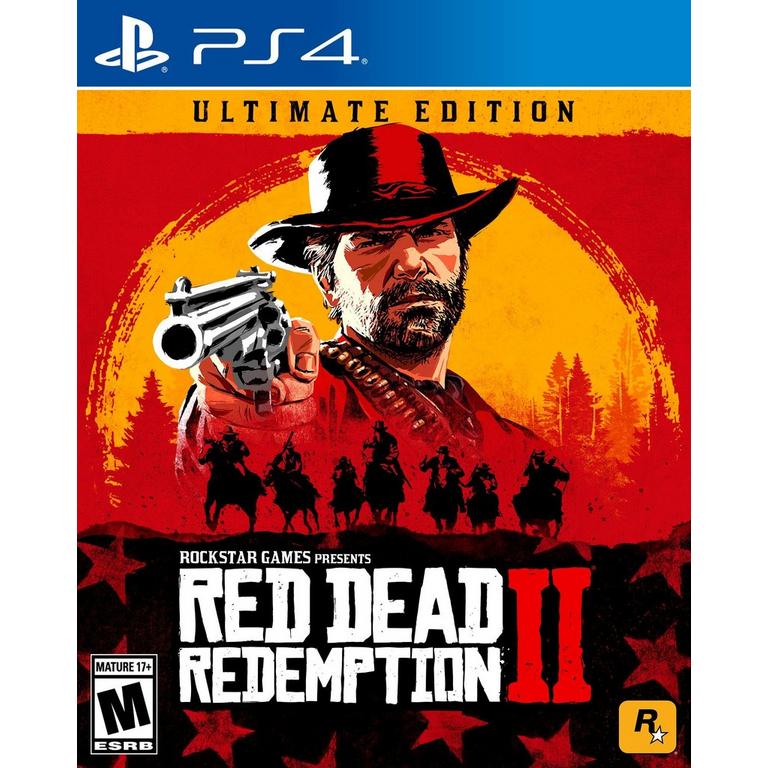 Blood and Gore
Intense Violence
Nudity
Sexual Content
Strong Language
Use of Drugs and Alcohol
Rockstar Games
Red Dead Redemption 2 Ultimate Edition Only at GameStop is rated 4.8 out of 5 by 863.
$99.99
New
$99.99

The Red Dead Redemption 2: Ultimate Edition delivers all of the Story Mode content from the Special Edition plus additional bonuses for online.

Plus get free access to Additional Weapons in both Story Mode and online.

The highest rated game on PlayStation 4*

America, 1899. The end of the wild west era has begun as lawmen hunt down the last remaining outlaw gangs. Those who will not surrender or succumb are killed.

After a robbery goes badly wrong in the western town of Blackwater, Arthur Morgan and the Van der Linde gang are forced to flee. With federal agents and the best bounty hunters in the nation massing on their heels, the gang must rob, steal and fight their way across the rugged heartland of America in order to survive. As deepening internal divisions threaten to tear the gang apart, Arthur must make a choice between his own ideals and loyalty to the gang who raised him.

With the gameplay of Red Dead Redemption 2 as its foundation, Red Dead Online transforms the vast and deeply detailed landscapes, cities, towns and habitats of Red Dead Redemption 2 into a new, living online world ready to be shared by multiple players. Create and customize your character, tailor your abilities to suit your play style and head out into a new frontier full of things to experience. 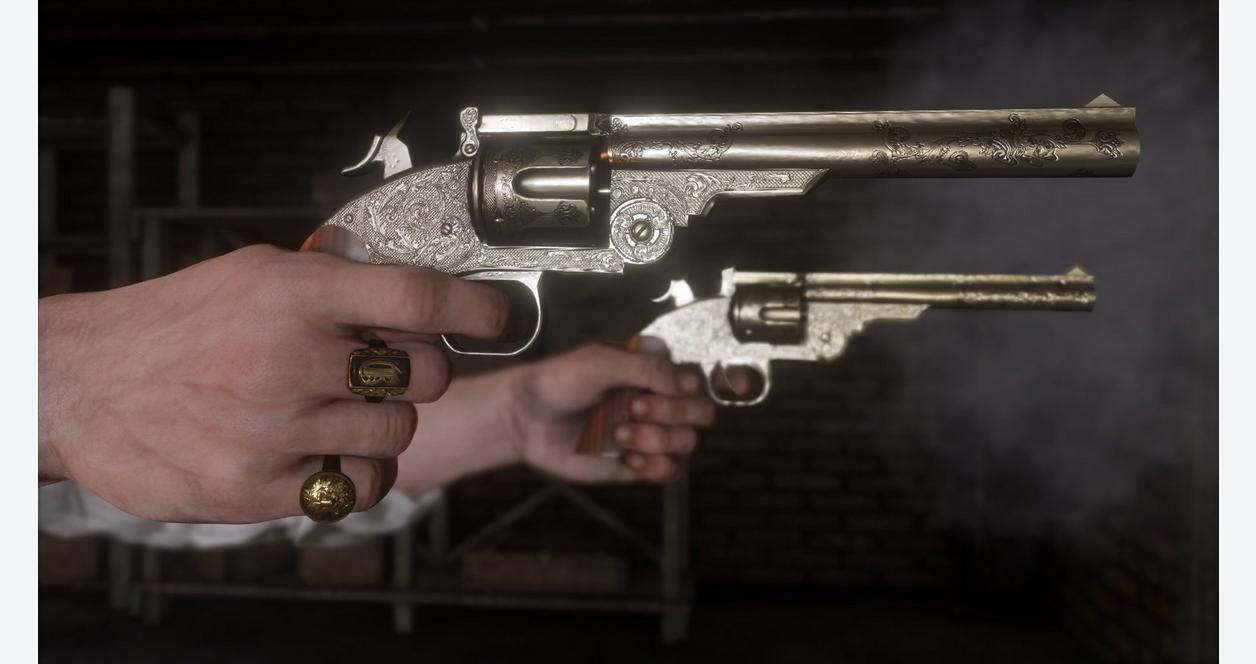 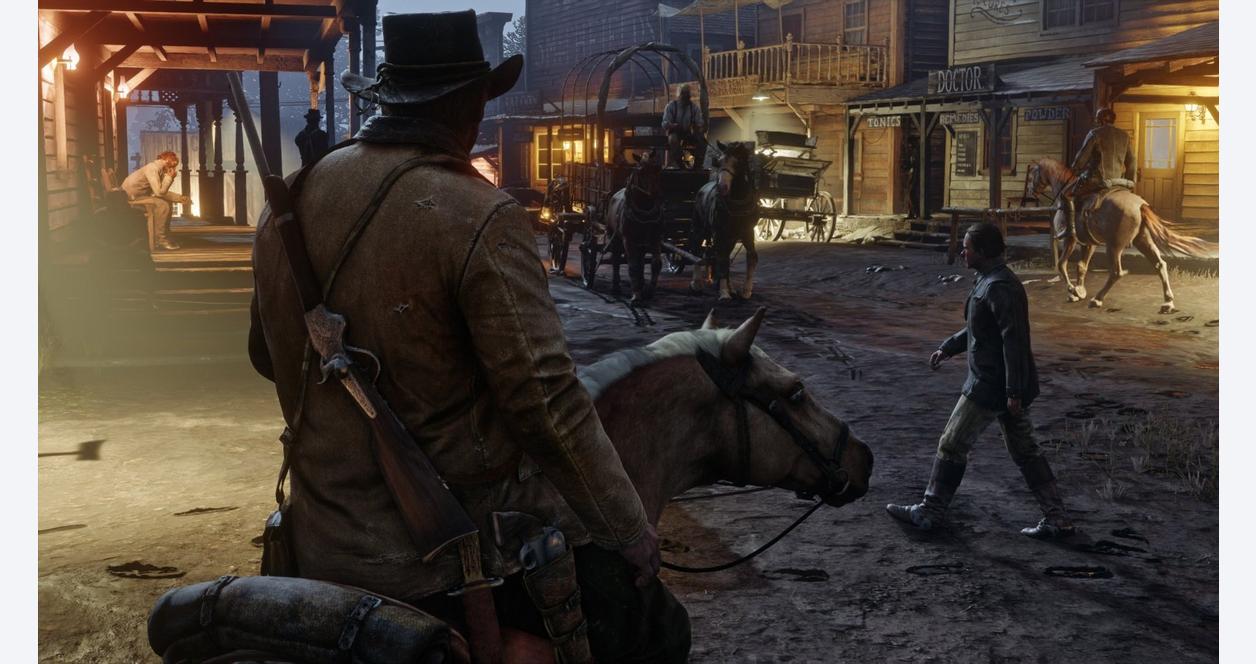 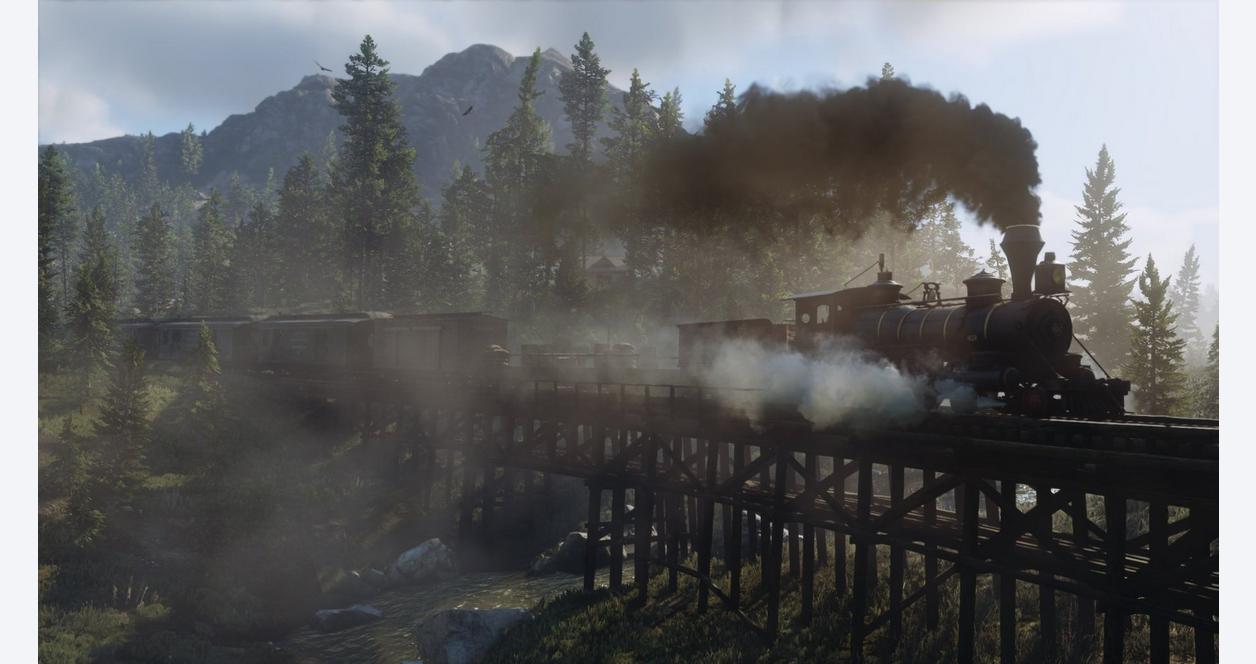 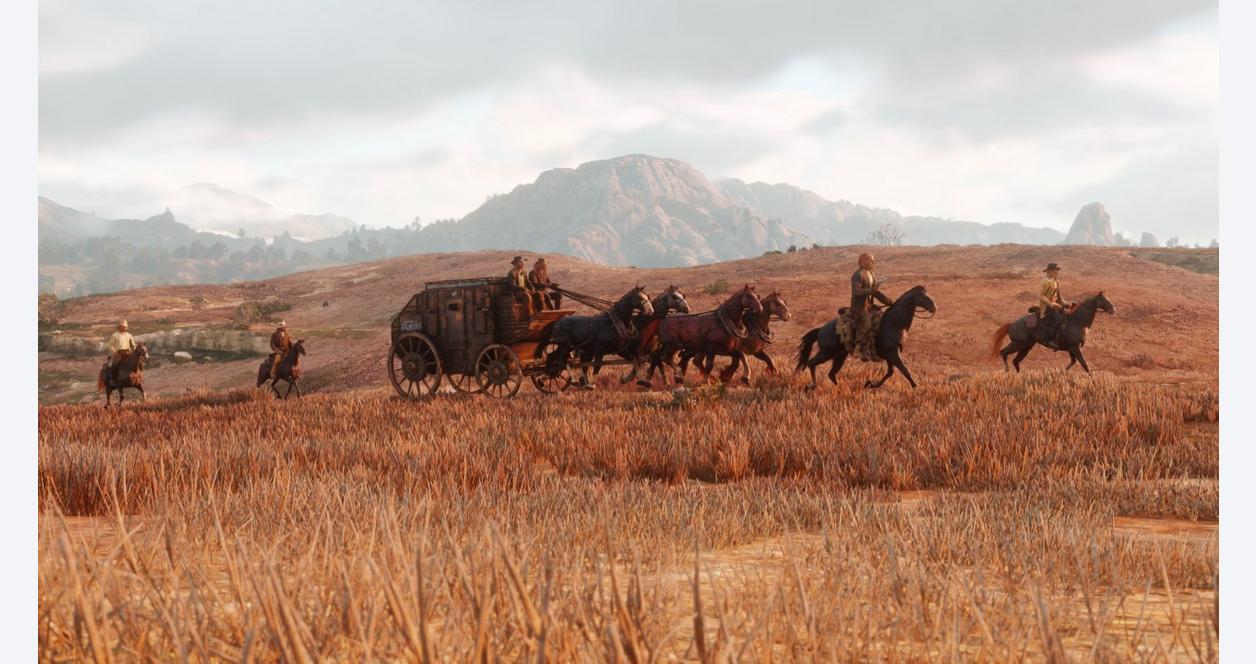 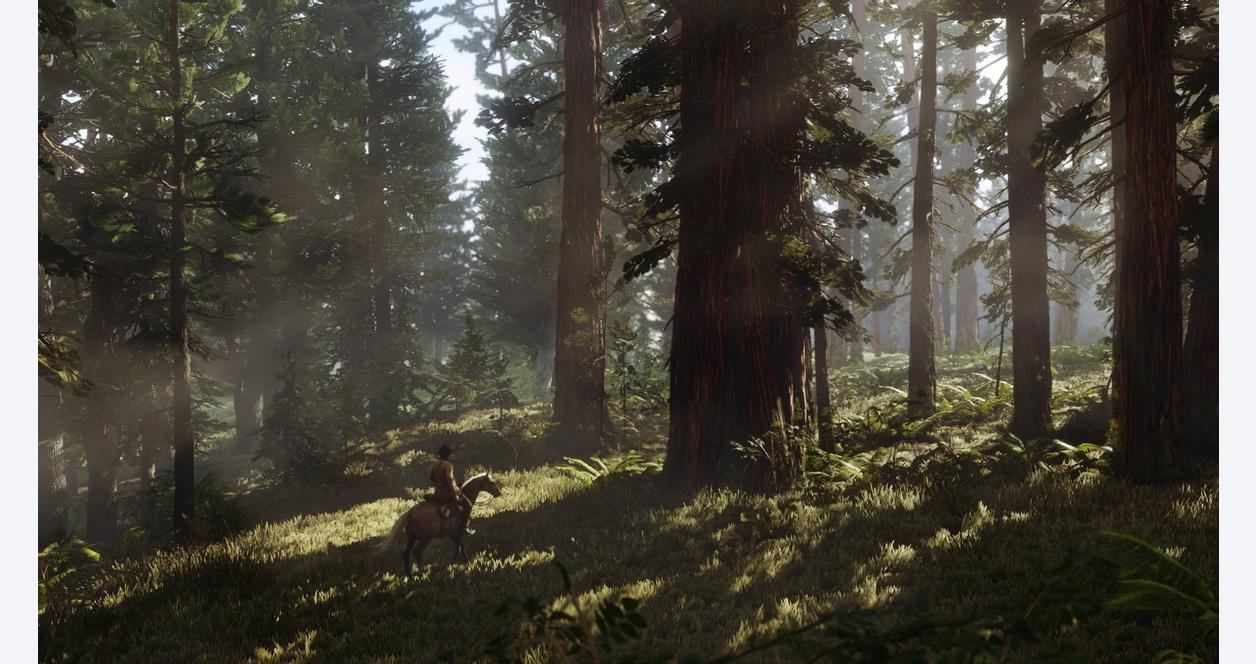 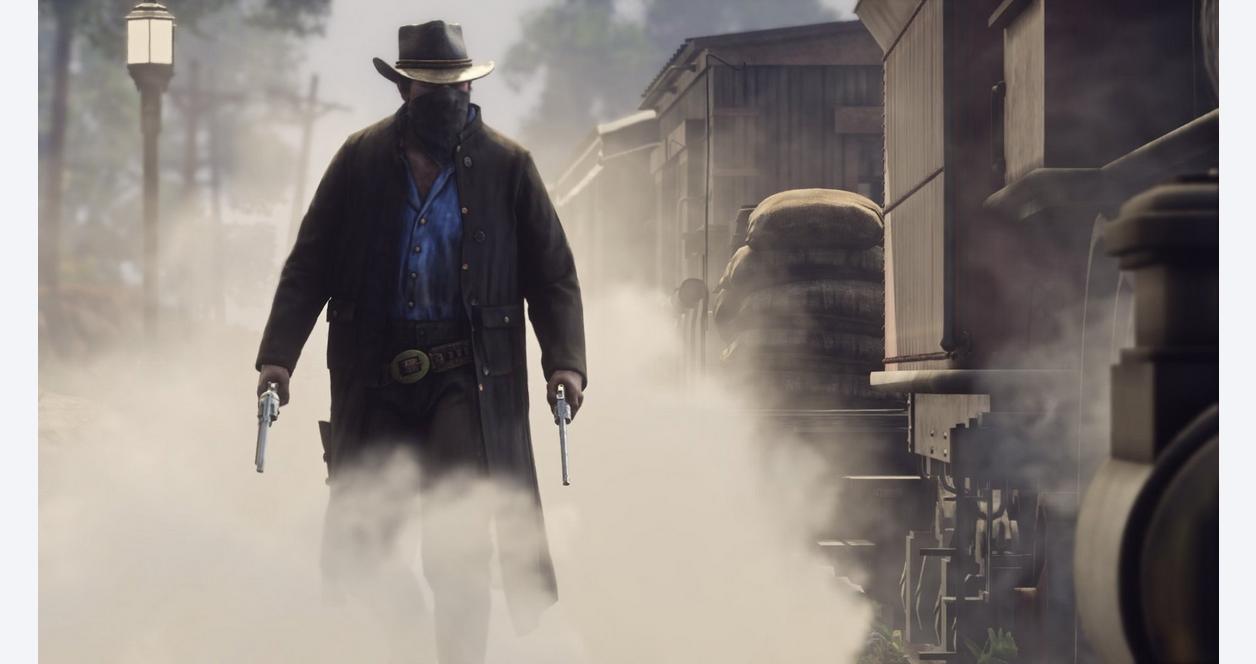 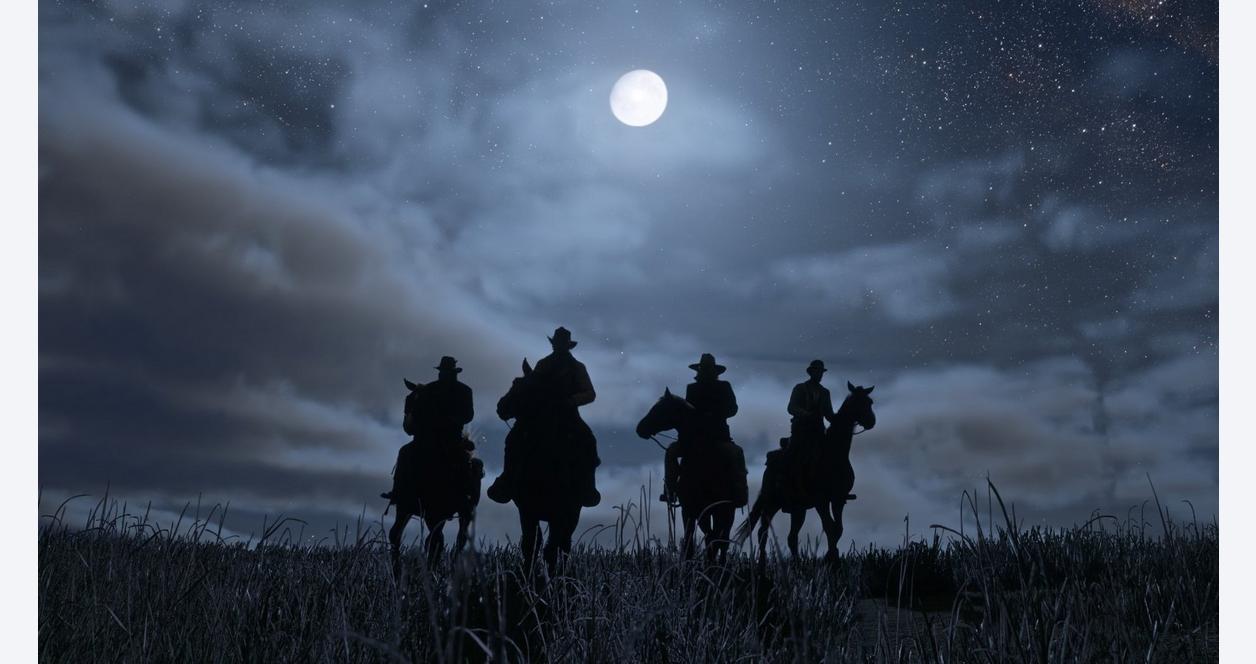 An Open-World Western For The Ages

The world of Red Dead Redemption II is defined by violence, both in its passive and active forms. Bandits roam the highways, pilfering from the wealthy and poor alike. Predators mercilessly hunt and kill their prey in the unforgiving wilderness. Men of industry don’t blink twice stepping over the bodies of the sick and the dead to realize their economic ambitions. In this primordial stew of fear and savagery, the outlaw Van der Linde gang feels right at home.

From the Albert Bierstadt-inspired Western vistas to the bustling streets of a New Orleans facsimile, this is one of the most beautiful games ever created. The attention to detail Rockstar exercised in recreating this historical period is astonishing

The horse-riding and gunplay are both improved from Red Dead Redemption. It may sound annoying, but the several new mechanics that require you to care for Arthur Morgan, his horse, and his weaponry impart a sense of realism that grounds the experience

Rockstar has once again created a game that redefines the open-world experience. Red Dead Redemption II is a triumph that every gamer should experience for themselves

Red Dead Redemption 2 Ultimate Edition Only at GameStop is rated 4.8 out of 5 by 863.
Rated 5 out of 5 by 76deedee from Recommend to buy the ultimate edition I absolutely love the game I bought four different versions of this game I like playing it on the PS4 because it plays a totally different I'm talking about the controls on the PlayStation 4
Rated 5 out of 5 by Angelofdeath269 from Fully immersive experience My son and I play this together, it is fully immersive. I play the fishing and traveling missions while he is the shooting/fighting expert - I tend to freeze and loose the battles, LOL! I highly recommend for the storyline, the real life consequences, bonding with your horse and play time with your children/friends. I'm a 50 year old mom with 2 teenage sons, if you want to get to know your children, play video games with them, there is nothing like it. It throws their friends off when their mom is in the WWII and BO4 chat rooms battling alongside them - more often than not they will wistfully say they wished their mom's would play with them. Try it, you might find a new avenue of communication with them.
Rated 5 out of 5 by Rocco Lima from Definitely worth the upgrade. I had the Standard Edition, but traded in for Ultimate. I do not regret it. The bonus content is worth it considering it's the same price now.
Rated 5 out of 5 by Chance lawyer from Rdr2 the best game ever Lots of things to do I am never bored there are endlessly things to do the controls are not the best but if you are looking for a shoot em up type game then this is for you the vast hills of big valley the snow of the moantains never ever do I get boated the realism it is so realistic I thought it was real the ultimate edition gives you many perks like a special horse etc etc open world the best gameplay ever nothing can ever compete with this this is truest the best game ever...
Rated 5 out of 5 by Marco2760 from Great game so far! So I bought this 1 week ago.. And let me tell you, It's amazing, The graphics are on top and I'm using this on a PS4 Slim! So far, the mechanics and the story of the game are so good! Only problem was downloading it, so I just took out the disc every 10gb and cleaned it and then just put it back in! Also don't just return it back on the day you got it, cause it can be fun after a couple of hours!
Rated 5 out of 5 by Chuigh8569 from Love this game!! This game is awesome I bought it when it first came out and I’m still playing it today. There is so much to do that you have to play the story mode more then one time cause I guarantee you missed something. Arthur morgan is one of the best protagonist I’ve ever played the story is unbelievably good. Rockstar made another masterpiece!!!
Rated 5 out of 5 by MRWILEY from Fun If you like or love western or wild Wild West adventures this game is for you.
Rated 5 out of 5 by Wayne Curtis from RDR2 I love the gameplay as well as the graphics. The missions are great, however sometimes can get a little confusing, but overall a great experience!!!

&nbsp;If I buy the Reddeadredemption2 &nbsp;Ultimate addition does it come with a box full of things like a &nbsp;playing cards a bandanna &nbsp;and &nbsp;more or &nbsp;was that a preorder exclusive&nbsp;

Asked by: 91Christopher90
Yes it does.
Answered by: DaemonSoldat

Is this a physical copy or a download code?&nbsp;

Is the utimate edition comes with the steelbook version?

Asked by: Gui777
Mine did. Comes with a bunch of in game bonuses and a map too
Answered by: Logang

Does this come with the steel book? And the world map?

This is the physical disc version am I correct?

Asked by: Asgrand3
Yes, there are 2 discs
Answered by: Rillz

Asked by: DrDre45
When I got the ultimate edition it was a steel box from game stop
Answered by: JTknife13

What makes the ultimate edition special?

Asked by: Jack Meehoff
It comes with in game things like outfits and horses
Answered by: 321Jacob123 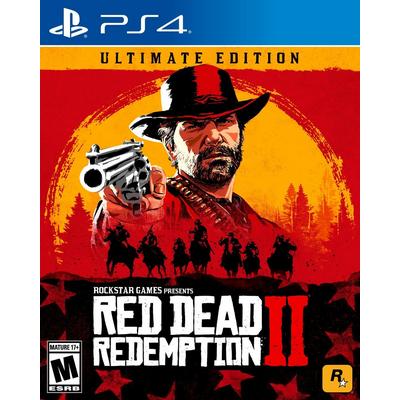