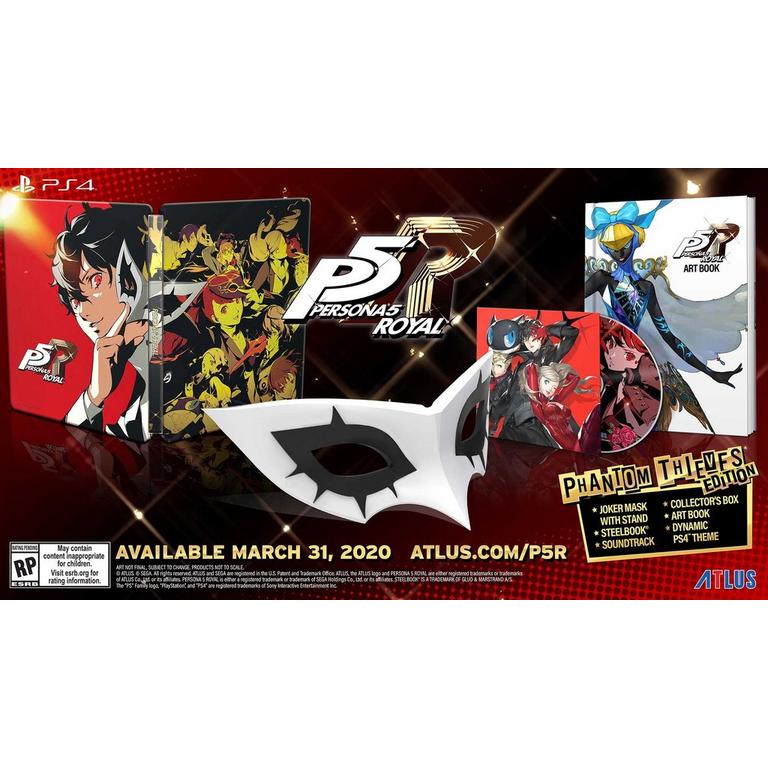 Prepare for an all-new RPG experience in Persona 5 Royal based in the universe of the award-winning series, Persona! Don the mask of Joker and join the Phantom Thieves of Hearts. Break free from the chains of modern society and stage grand heists to infiltrate the minds of the corrupt and make them change their ways! Persona 5 Royal is packed with new characters, confidants, story depth, new locations to explore, and a new grappling hook mechanic for stealthy access to new areas. With a new semester at Shujin Academy, get ready to strengthen your abilities in the metaverse and in your daily life. Persona 5 Royal presents a unique visual style and award nominated composer Shoji Meguro returns with an all-new soundtrack. Explore Tokyo, unlock new Personas, customize your own personal Thieves Den, discover a never-before-seen story arc, cutscenes, alternate endings, and more! Even for the most seasoned Phantom Thieves among us, Persona 5 Royal is a new challenge to defy conventions, discover the power within, and fight for justice. Wear the mask. Reveal your truth. 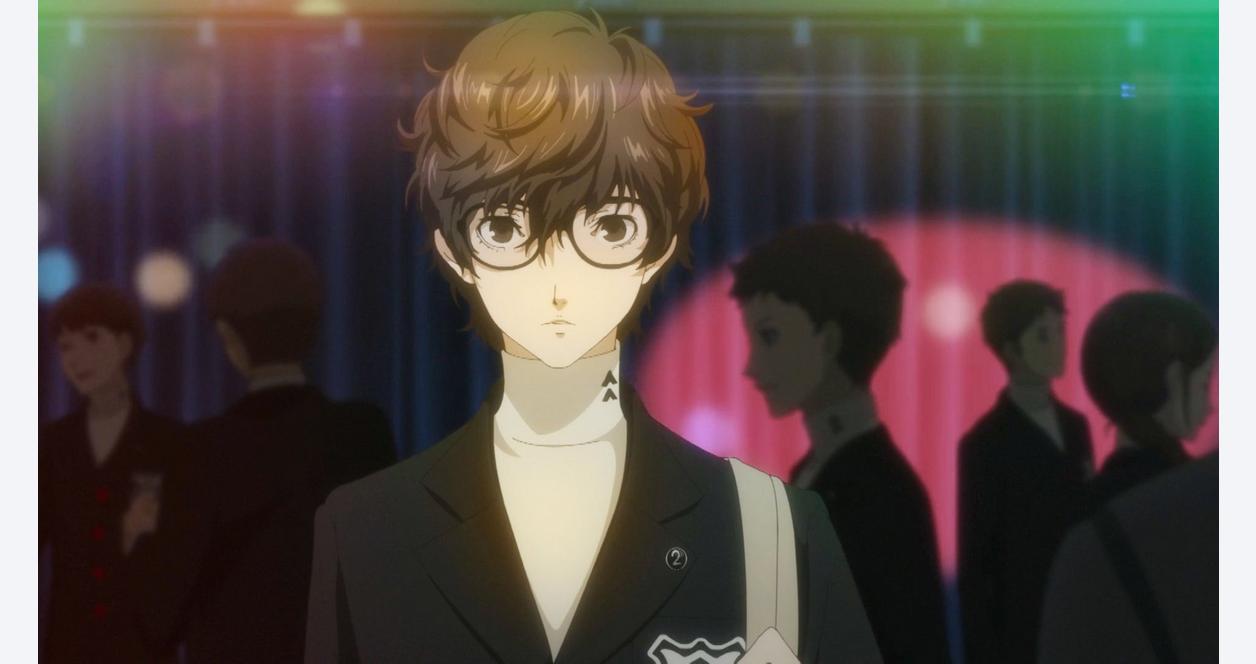 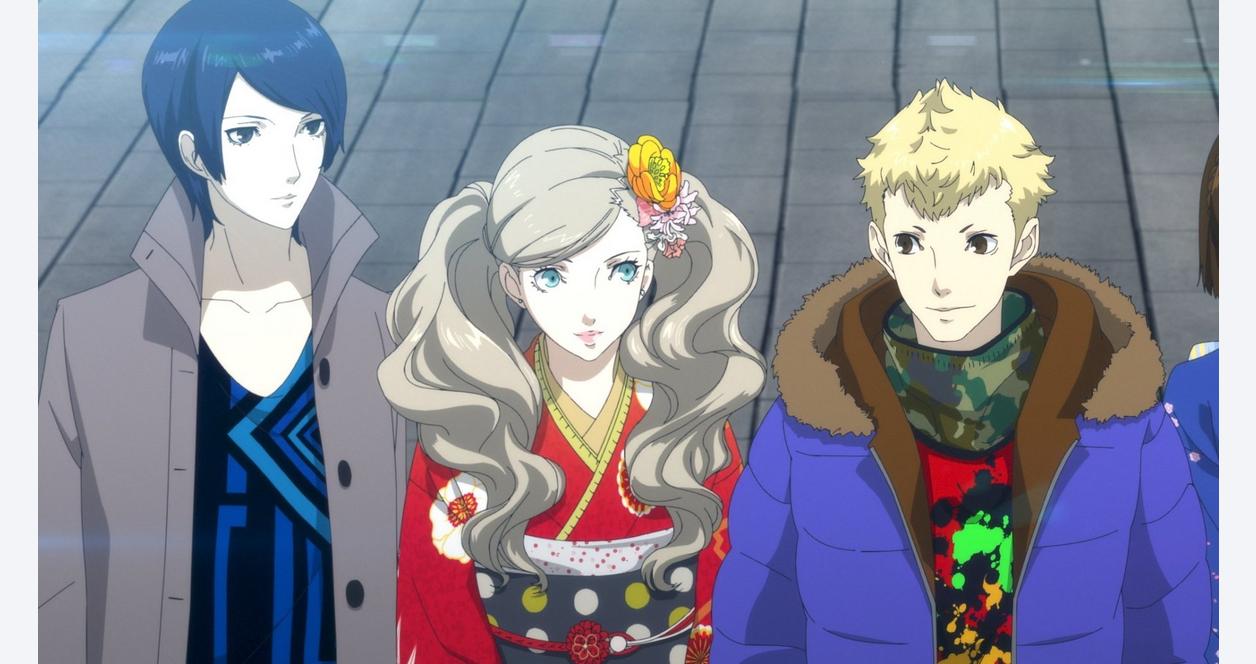 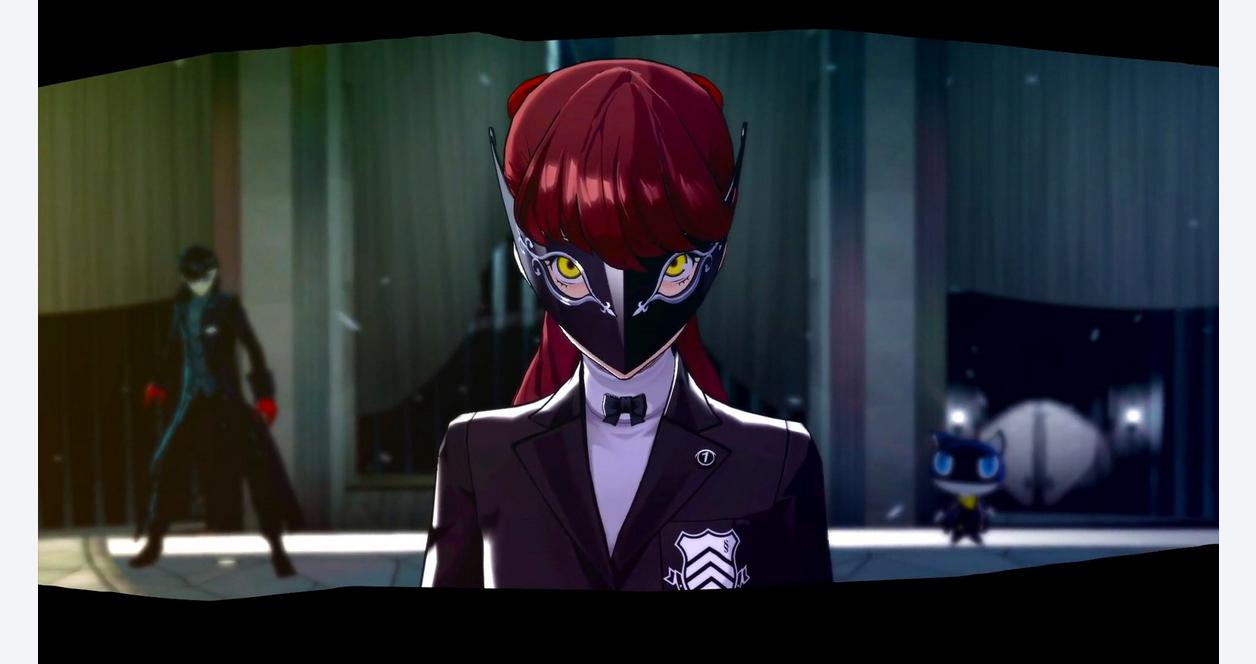 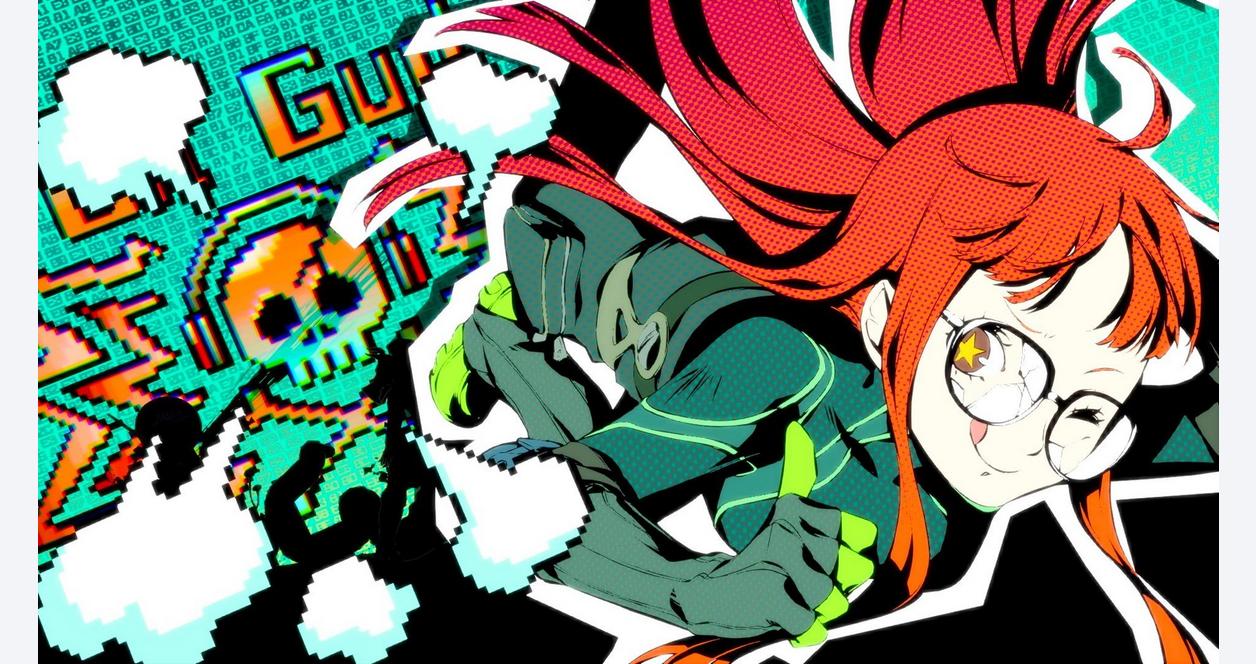 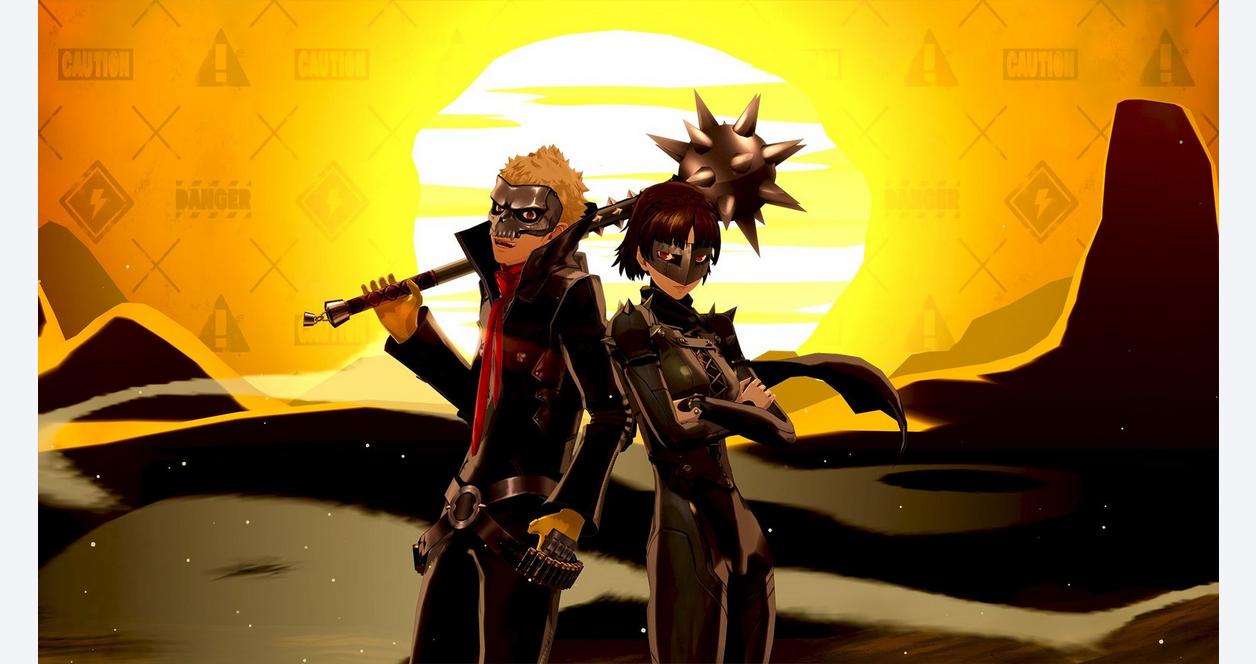 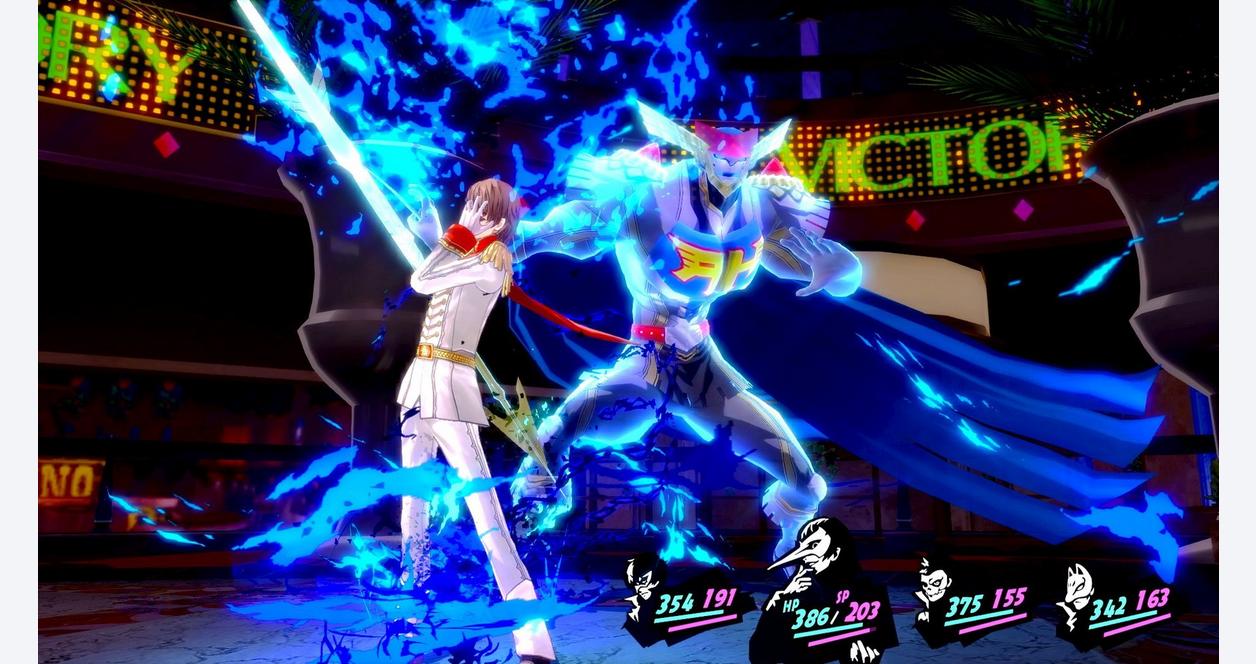 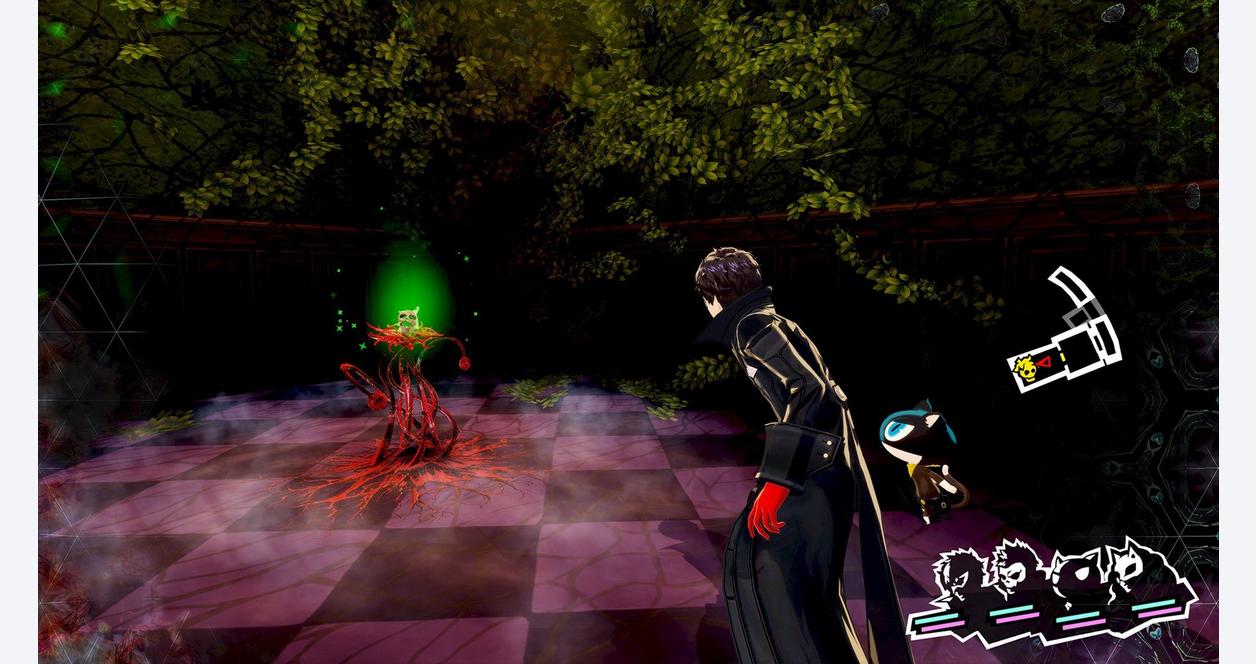 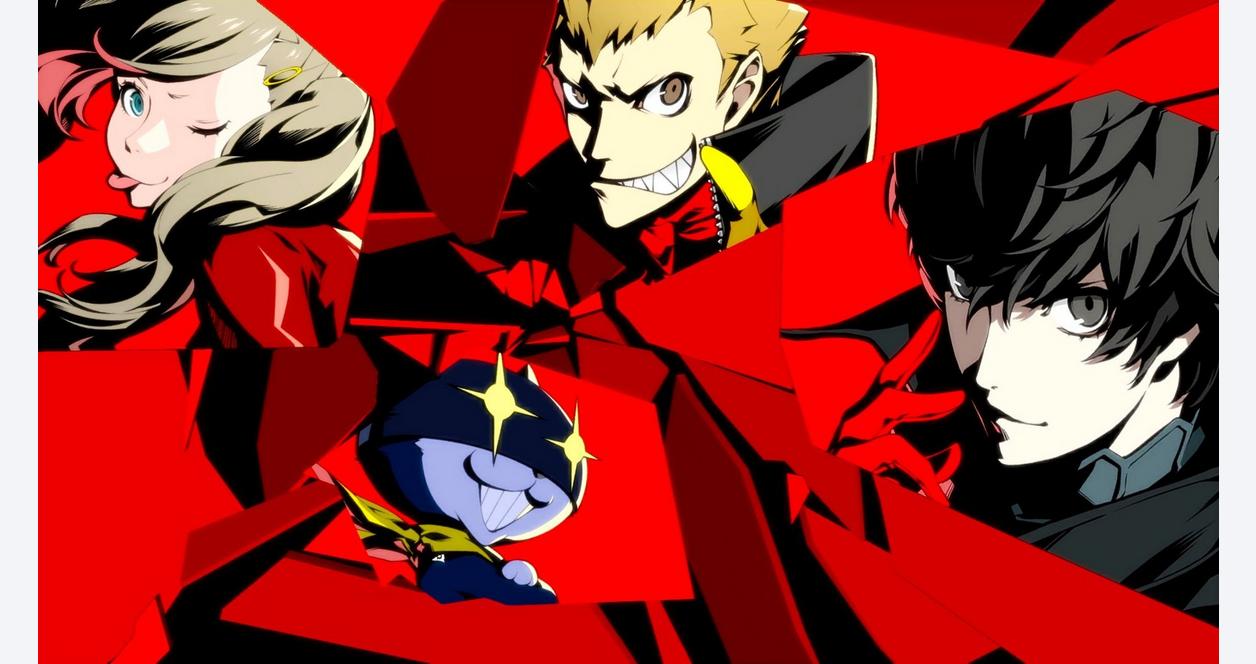 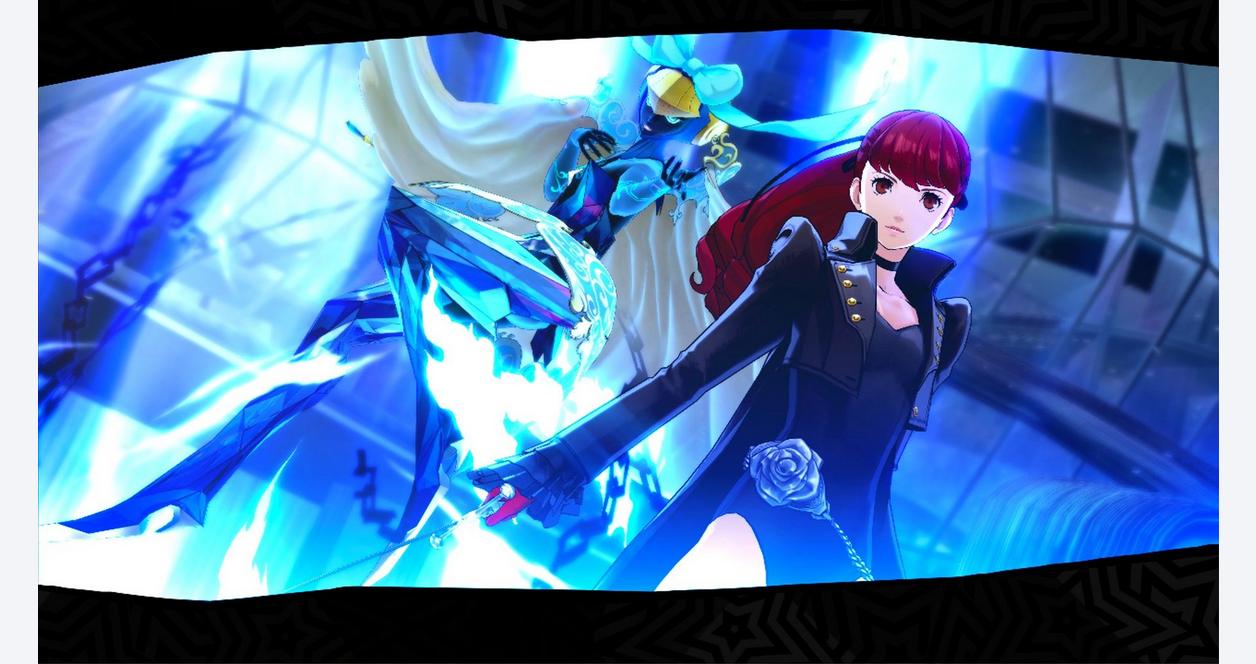 When it launched in 2017, Persona 5 represented the next evolution of the Persona formula. Persona 5 Royal amplifies the stellar turn-based combat and masterful social mechanics, as well as the complex systems surrounding them. But it also adds new characters, story arcs, and a meaty post-game palace that ventures even deeper into the world’s lore to deliver the definitive way to experience Persona 5.

Get the Phantom Thieves back together for this director’s cut of Persona 5, which includes new characters, gameplay mechanics, and areas

The visuals haven’t changed from the initial release, but even three years later, Persona 5 still oozes style and visual flair

One of the best soundtracks of the generation is supplemented by new tracks that diversify and strengthen the musical offerings. The new voice actors slide seamlessly into place with the already excellent cast from the original game

While new characters and a new post-game palace are the biggest selling points, the tweaks and improvements make this the best way to experience one of the best RPGs in recent memory

Persona 5 Royal Phantom Thieves Edition is rated 4.8 out of 5 by 63.
Rated 5 out of 5 by Slinky1392 from Worth it. One of my favorite games just got better with the added content and better pacing throught. Best game where the older ladies that you can date are better than the ones your age.
Rated 5 out of 5 by Kayzen from Sweet game Fantastic game. Worth picking up even if you played the original. Manage to platinum this game before my physical copy even got to me.
Rated 5 out of 5 by Nathaniel W from There's no game like this It honestly feels like im playing a new game, i can't get enough of it, even the small changes make the game so much better. Its my favorite game and always will be. And the extras were awesome, the mask is almost some kind of high quality wood its amazing and the art book...oh boy. Overall everything is what every persona fan wanted plus so SO much more!
Rated 5 out of 5 by HDSS from worth I tried different ways to buy it, and got majorly inconvenienced but GameStop came through. I’m really happy with my order and I’m glad I got this before it wasn’t available online!
Rated 5 out of 5 by goatlll from Better the second time around That added in a ton of new content and quality of life changes that make it worthwhile for a new playthrough. Also the music is as awesome as always.
Rated 5 out of 5 by Valuingwater0 from Great Game- haven't recieved my paid copy though I payed off this game in December at the Regency Mall, it closed down, they said my pre-order would be going to regency point shopping center, that didn't happen because of the coronavirus, and the store in my area closed 2 weeks before it released. So I am still waiting but I did play the original and thought it was an amazing game to play. Hopefully this will be worth the wait
Rated 5 out of 5 by Casanova K from Amazing title Amazing Title, 6 days in and I've played 80 hours. I rarely play games for more than 20 in a months time. Best story, and rpg in general, I've played in years.
Rated 5 out of 5 by Stanleye from Awesome thanks Gamestop I got my pin! I can’t wait to play it yeah! I am doing a third playthrough of vanilla persona 5 to get three trophies.

Does the Phantom Theif bundle come with the Joker mask pin? Or is it exclusive to the Steelbook Edition?

Asked by: WonderlandZer0
yes its only for the steelbook edition
Answered by: IWantTheSauce

What is the track list for the included Soundtrack?

Can someone explain to me how the mask stand works? I can't figure out how it should be displayed

When i bought persona 5 it was automatically set in English, do i have to worry about buying a Japanese copy or no?

Asked by: Azel221
There is a free DLC for Persona 5 if you check the Playstation store that will let you download the Japanese voice pack.
Answered by: dukeofgrease

How are there reviews? I'm just wondering since the game isn't out yet, how are there several five star reviews? Who's submitting reviews for a product that they don't have yet?

Asked by: Tia11
Most of the game is The original Persona 5 content! It has a lot more content added to the end game as well as personas! Persona 5 was an amazing game I would give it 5 stars. So it&rsquo;s safe to assume this game will be just as great since it&rsquo;s the original game with more content lol
Answered by: Joey320

Does anyone know if the mask in the Phantom Thieves Edition is just decorative? Or is it possible to wear it?

Asked by: phi27
Its been said that you can wear it
Answered by: JordanHagar

Does this include the game? 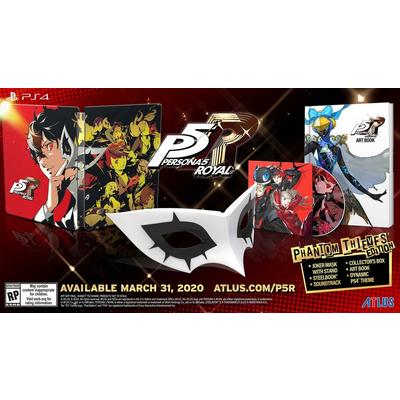