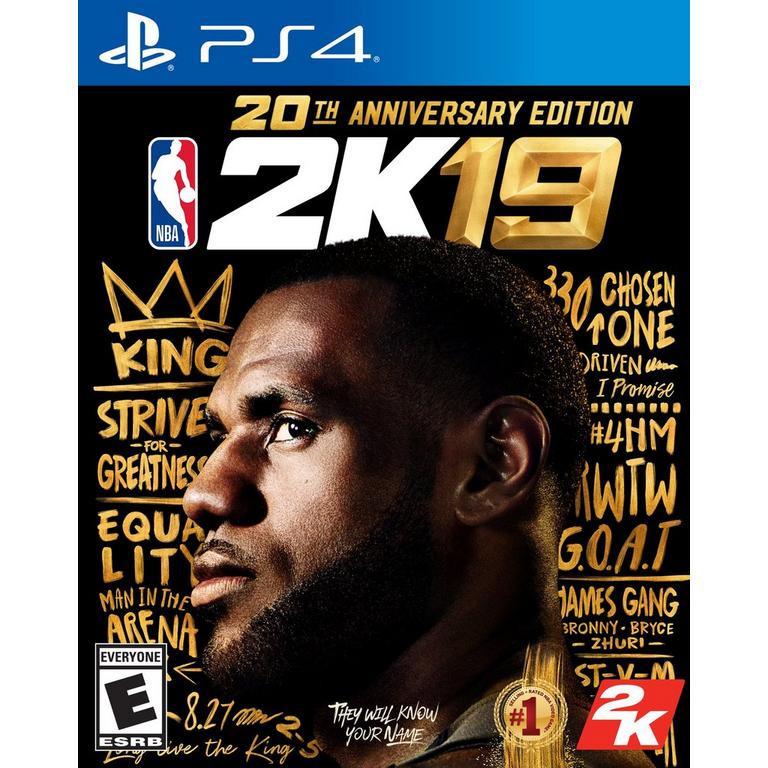 NBA 2K celebrates 20 years of redefining what sports gaming can be, from best in class graphics & gameplay to groundbreaking game modes and an immersive open-world “Neighborhood.” NBA 2K19 continues to push limits as it brings gaming one step closer to real-life basketball excitement and culture.
More Details Less Details

NBA 2K19 20th Anniversary Edition is rated 4.3 out of 5 by 254.
Rated 5 out of 5 by Planetmar from Great competive game It’s a great game I think because it’s very challenging and you can do multiple things like being a GM , playing your own career , MyTeam , and park so their are unless amount of competition and you can’t get bored only fustrated haha
Rated 5 out of 5 by PSN Shawn2SMOove25 from Long Live 2k It is an amazing Game 2k will forever be the Greatest Basketball Simulation Can’t Wait For 2k20
Rated 1 out of 5 by Josh Marte from Remove the attribute limits! 2K has taken a very bad turn with this new “fixed attributes” system. I like the builds, but they severely limit your MyPlayer. The fact that my created character is limited in “MyCareer” doesn’t make sense. There should be a split attribute system where in the NBA games, you have a particular rating, and in MyPark you have different attributes to prevent players from being over powered. I should be able to max my player out if I want in MyCareer. I’m not buying another 2K title until they fix that. It’s very annoying.
Rated 3 out of 5 by Tbo24 from Dissatisfying I bought this when it first came out and am still disappointed how my team works. I understand contracts is more real life but it makes the game way less fun and by the way it’s a game. I shouldn’t have to constantly put contracts on players per game to keep them that’s dumb. I’ve played every other nba game but this is getting old make some improvements to make the game more enjoyable or stop making it.
Rated 4 out of 5 by Jwillz62 from Great graphics I bought this when it first released for my son & he’s still 100% playing everyday.
Rated 5 out of 5 by McAfeeMc5 from Best Game Of The Sports Year This Epic Version Of 2k Is So Awesome Due To The Cover With Lebron James On It... Lol Other Than That All 2ks with the exception of 15 and 16 were Great especially 2k 10 Kobe Edition..
Rated 4 out of 5 by cequil421 from NBA 2k19, the basketball game for all Awesome game that I've really enjoyed following the storyline in MyCareer. Always a joy seeing what new story they will come up with. Tho, the bonus content was rather lack luster and doesnt really help me much, the MyTeam extra does make things easier to find certain cards when you cant afford to but pack after pack.
Rated 5 out of 5 by 123Jordan from NBA 2K19 20th Anniversary Edition Bought as a gift for my teenage son. He Loves it! Plays with his friends on line and very competitive.

How do I get the vc

Asked by: Bj22
By buying VC with that good wallet of yours . But don&rsquo;t you dare go to Twitter and say &ldquo;VC is too expensive and I never have enough money for it.&rdquo; Because you will make Mike Wang mad and when he gets angry you will experience the most frustrating and heartless Mypark gameplay known to men
Answered by: Neggy143

does the disk come with vc ?

Asked by: pauly27
Should be the paper in the case to type in. You type it at the Xbox or ps4 store&nbsp;
Answered by: Shortman_27

What does it come with

Asked by: Dj789
Stickers poster wristband Vc my team cards Lebrun gear for your my player
Answered by: Jozo

Can you pay online and pick up in store

Asked by: Talmisha
Yes you can do that.
Answered by: Debbie 58

What&rsquo;s the difference between 2K 19 in 2K 19 anniversary

Asked by: Sweet1902
2k19 is the base game while the anniversary edition gives in game items like a 86 Lebron and Giannais and 100k VC to start your myplayer with along with some other stuff
Answered by: Tanks413

Asked by: Anitanewman
means you&rsquo;ll download it on your system with a redeem code that is given when you buy it .
Answered by: ohokjones

What's the difference between the Special 20th Anniversary edition, and the regular NBA 2K 2019 edition? Also, does it play 4K graphics?

Asked by: CAC4
The 20th anniversary edition gives you a lot of extra in-game stuff for different modes and the regular game is just the game essentially. Also, I think so.
Answered by: CDI216

Do you still get the vc 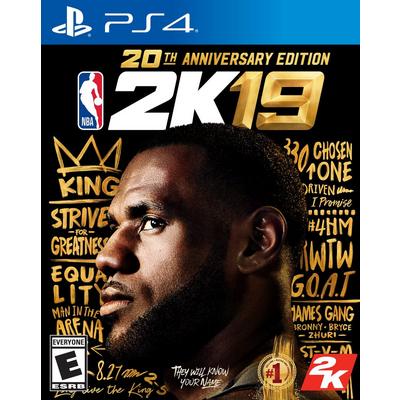